Ontario is getting new driver's licences

Your ID is about to get just a bit uglier thanks to the PC government and its mission to rebrand absolutely everything in Ontario that could possibly be rebranded.

The province announced the news today, along with additional details about our soon-to-change licence plates, during a press conference at Mississauga Toyota dealership.

"We are renewing the licence plate and driver's licence because it represents how we are renewing our entire approach to government," said Minister of Government and Consumer Services Bill Walker at the conference.

"Our government is embracing change because we recognize that the old established ways of working are no longer good enough."

A release from the government states that Ontario's new blue licence plates will be released in February of 2020, new slogans and all. New driver's licences, on the other hand, with launch this fall.

"The new licence plates and driver's licence will also feature a renewed version of Ontario's classic trillium logo," reads the release, which says the move is "part of a refreshed brand identity that will be implemented across the entire government." 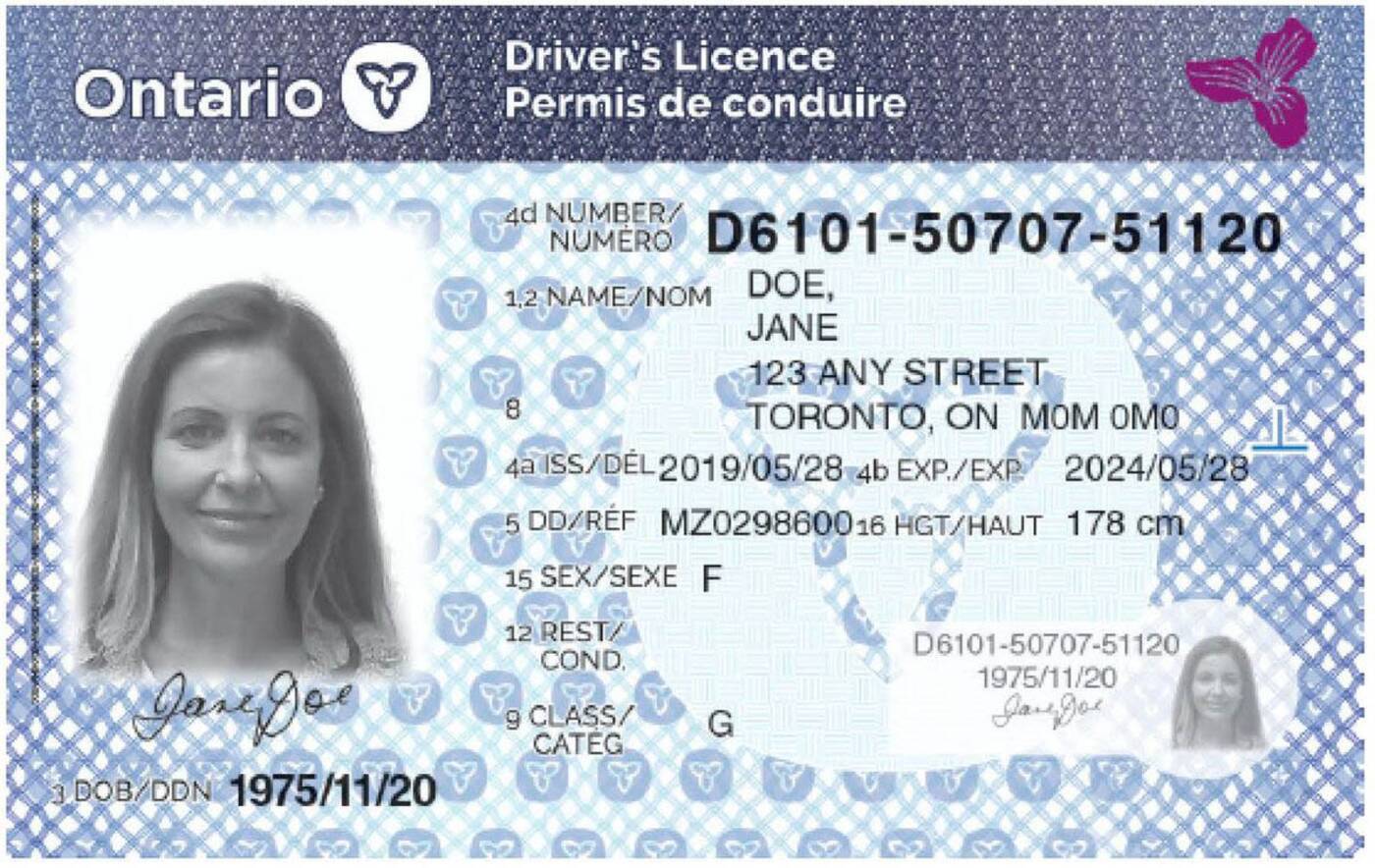 The Ford government's newly designed Ontario Driver's Licence is expected to roll out during the fall of 2019. Image via Jeff Yurek.

Instead of one, photo-like trillium on a gradiated blue and green background, the redesigned licenses are covered in a logo pattern with one larger cut-out of the logo taking the old trillium's place.

A lattice pattern runs across most of the card in varying opacities as well. It's not cute, but it's probably secure.

Here's what the standard Ontario Driver's Licence looks like currently, for reference: 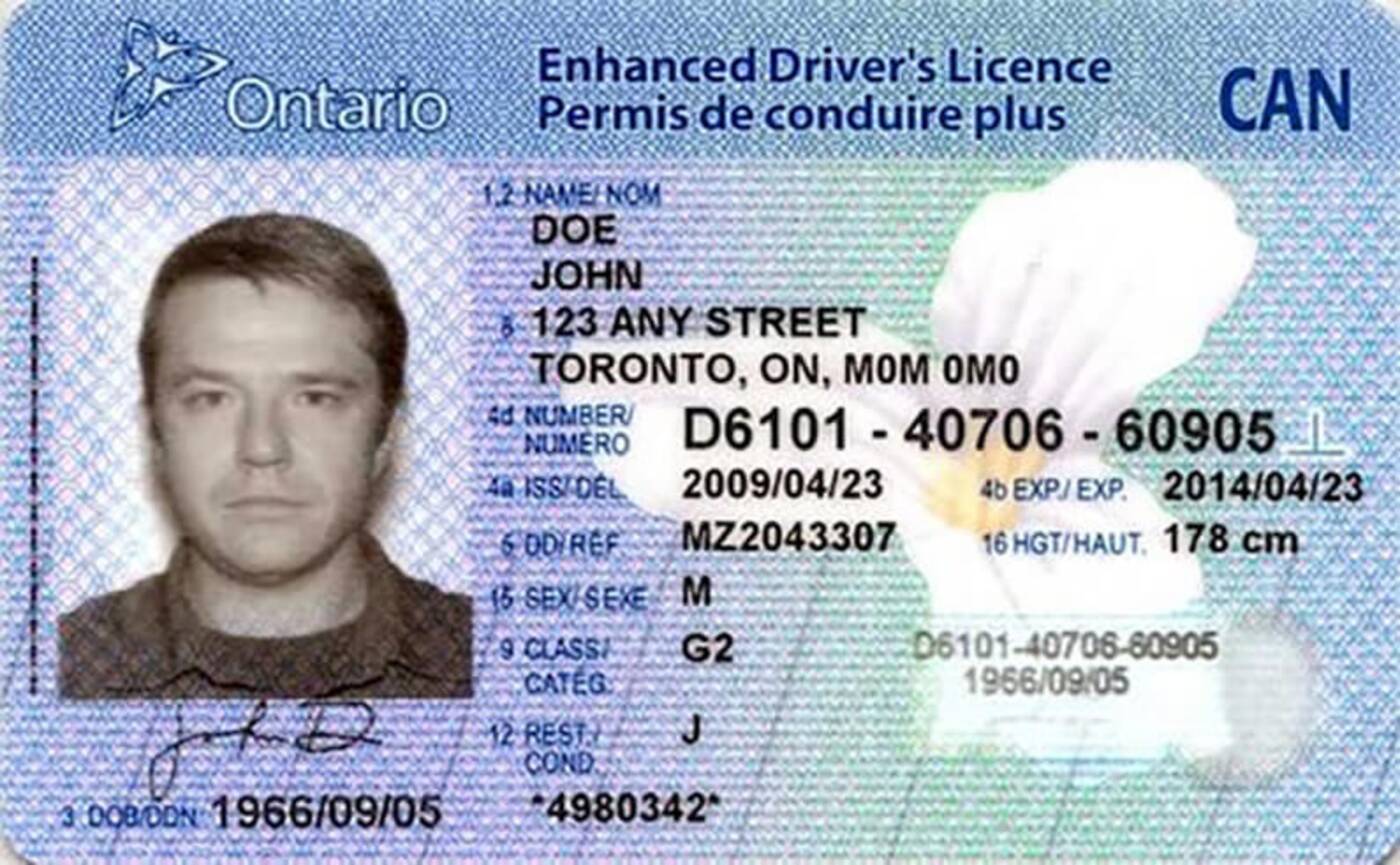 Say goodbye to your flowered driver's licence. A trillium logo will be replacing the image of an actual trillium. Image via g1.ca.

It remains to be seen if Ontario will keep the "X"gender option introduced to driver's licences last year by Kathleen Wynne's Liberal government, as Ford's government has yet to reveal any changes to the actual process of getting or renewing a licence in Ontario.

What they did confirm today is that Ontario motorists will still require front licence plates.

"The new design of Ontario driver's licences, which includes the new Ontario logo, will be available in the fall," reads today's news release.

"The government is also ensuring that police have the tools they need to keep roads and communities safe by improving the quality of Ontario's licence plates and keeping both the front and rear licence plates on vehicles."