Fire & Flower may have been one of the first cannabis retailers to set up shop in the city, but it won't be open for another eight months—at least.

The day for legalized retailers has come and gone, but as weed stores continue to pop up around the downtown core, Fire & Flower's storefront at 95 Bloor St. West remains shuttered.

The Edmonton-based brand has been holding down its property since it first moved into Yorkville three months ago, awaiting the chance to apply for a cannabis retail license.

When exactly it can do that depends on the province, and whether or not it will lift its 25-maximum cap on retailers in Ontario on December 13, as promised.

"We have no idea when it will be open," says Nathan Mison, Fire & Flower's VP of Government and Stakeholder Relations.

"It's a flagship store for us, so we will make sure to have it open as early as possible once the lottery conditions have gone away." 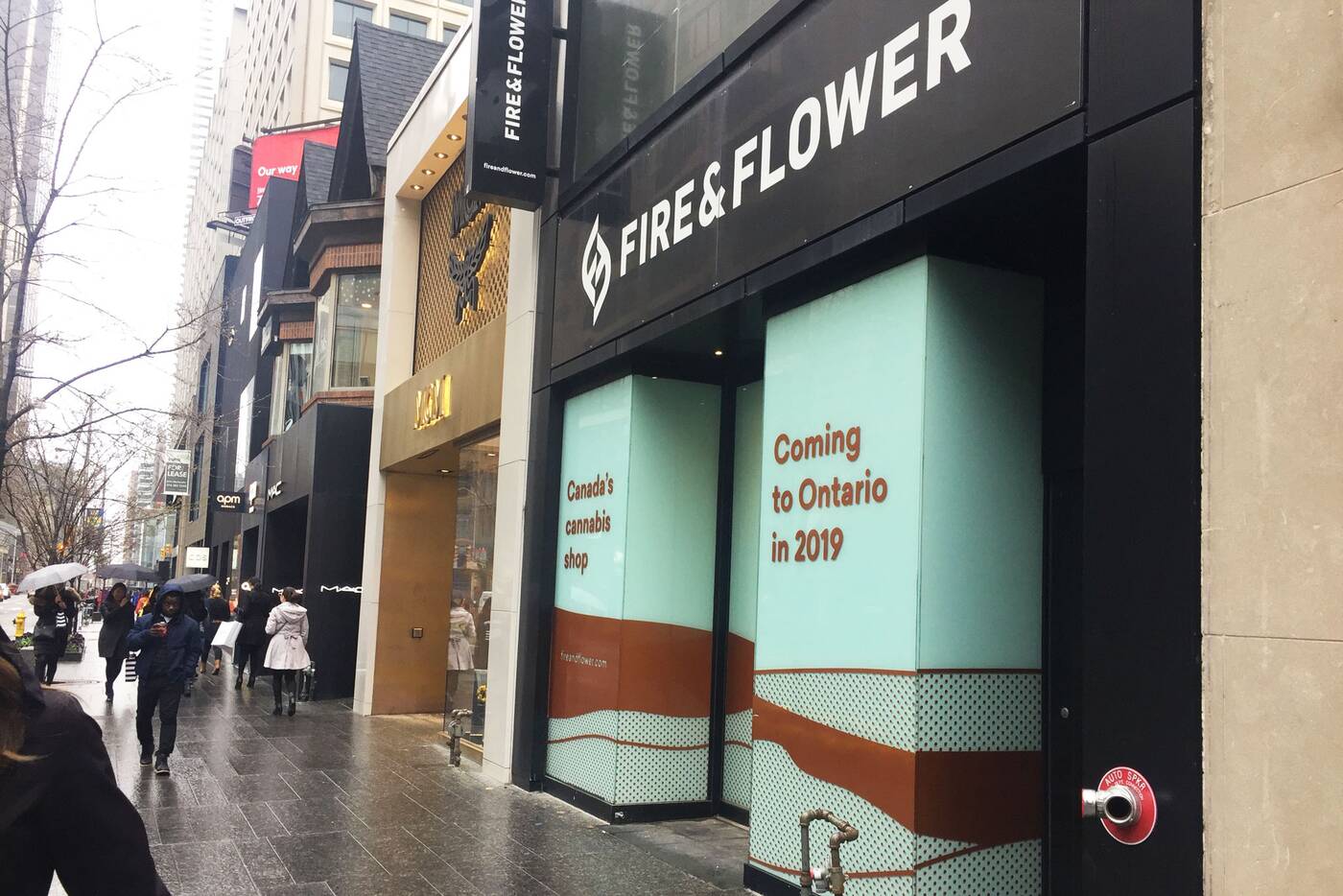 Fire & Flower's storefront on Yorkville will remain mostly closed until it can acquire a weed retail license. Photo by Lisa Power.

Fire & Flower does currently have two branded stores open in Ottawa and Kingston, thanks to agreements with lottery winners, so the window sign in its Yorkville store saying 'Coming to Ontario in 2019' wasn't exactly inaccurate.

The brand has also exploded across Western Canada since it first opened in 2017, with 296 employees, eleven stores in Alberta, Saskatchewan, and Ontario, with more on the way.

When the doors of 95 Bloor finally do open, we can expect a glitzy store snuggled between the city's most expensive boutiques. According to Mison, they'll have activities like DIY and cooking classes, collabs with celebrity chefs, and of course, weed.

Other big non-licensed names like WDBX, Friendly Stranger and Hotbox bide their time by continuing to sell accessories, but Mison says Fire & Flower doesn't want to officially open until bud is on the menu.

"It's a lot of overhead and capital to deploy and open as an accessory shop," he says. "Until we have a clearer line of sight as to when we can open as a licensed retailer, we've decided to leave the shop as is for now."

A 2017 study by Cushman & Wakefield ranked rent per square foot on this stretch of Bloor the most expensive in Canada and the sixth most costly in North America.

Mison says they might open up the space for "activations" in the coming months, but that's still in the works.