Dundas West in Chinatown has turned into a dusty hellscape of construction, and it looks like it's going to last for a while.

Nearly 850 metres of road between University and Spadina has succumbed to heavy construction as crews replace an old watermain running beneath the street. 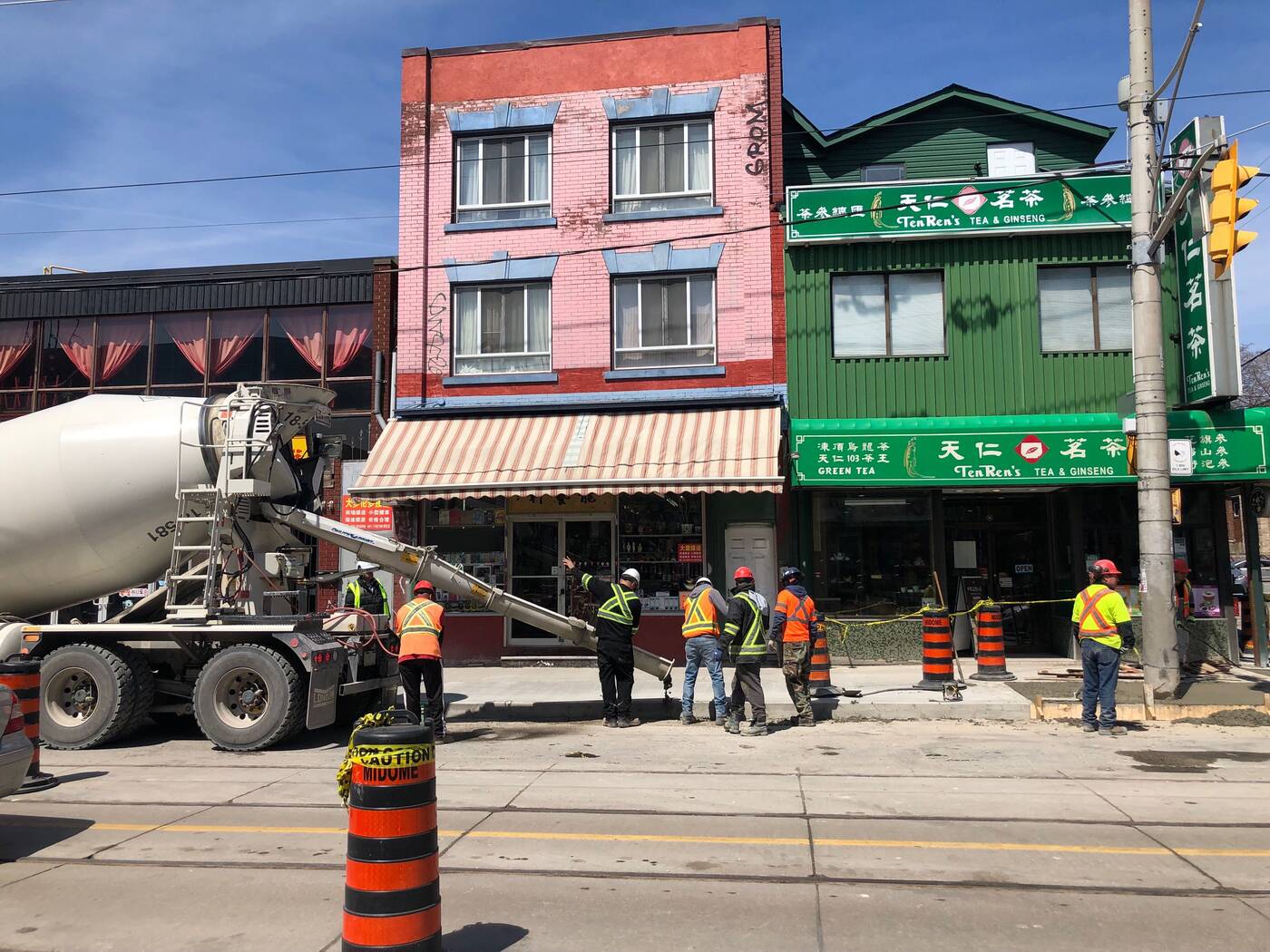 Heavy construction has taken over Dundas between University and Spadina.

Sidewalks have been blocked off and dug up completely, forcing pedestrians to jaywalk to cross the road in order to avoid the loud and hectic scene on the north side of the street.

Meanwhile, Dundas has been reduced to one-way lanes in both directions, slowing traffic to a crawling pace. 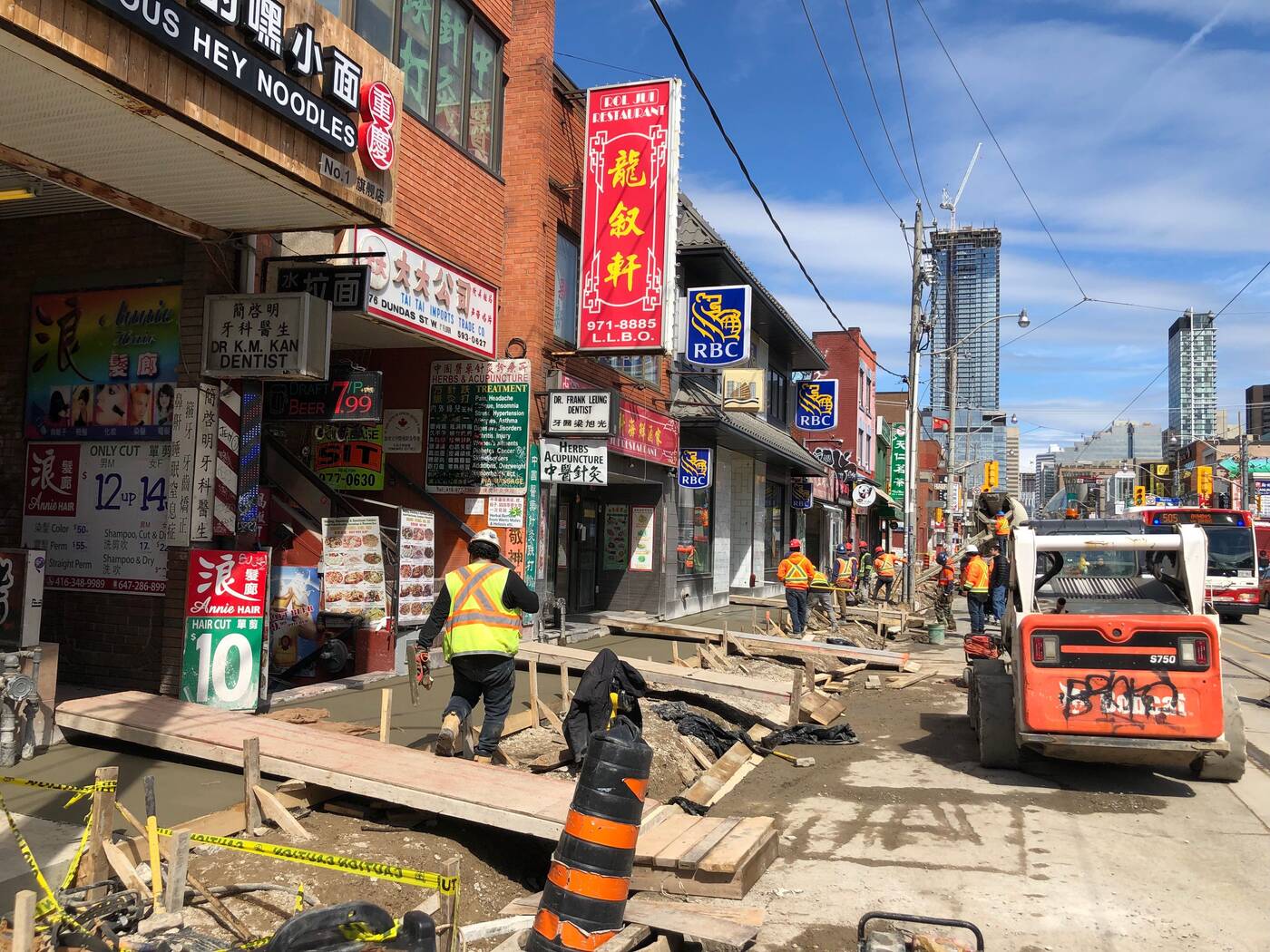 Many storefronts in Chinatown are now only accessible by ramp, though not all of them are wheelchair friendly.

Work in the area has been going on for a while already: the construction is part of a months-long project running from Bathurst to Simcoe Streets.

We're now in phase 2 of the project (the sidewalks on the south side of Dundas have already been revamped) with Chinatown seeing the brunt of the upheaval. 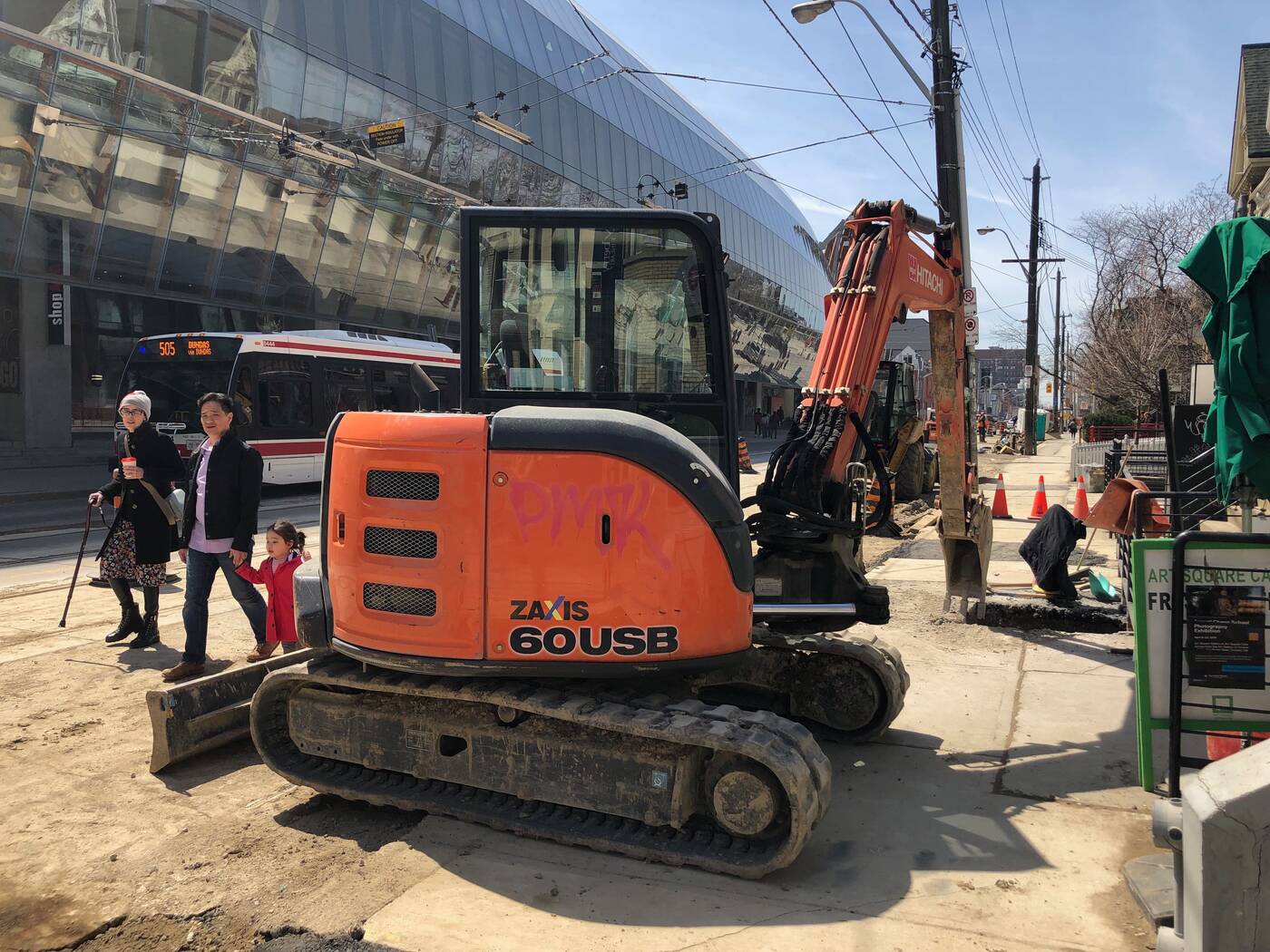 Sidewalks across from the AGO are blocked off by construction machinery.

Storefront entrances to several businesses on the street can only be reached by ramps, though not all are accessible: some can only be traversed by wheelchairs if assisted by someone else.

Meanwhile, transit stops for the 505 Dundas bus have been displaced, forcing pedestrians to walk onto the street in order to board. 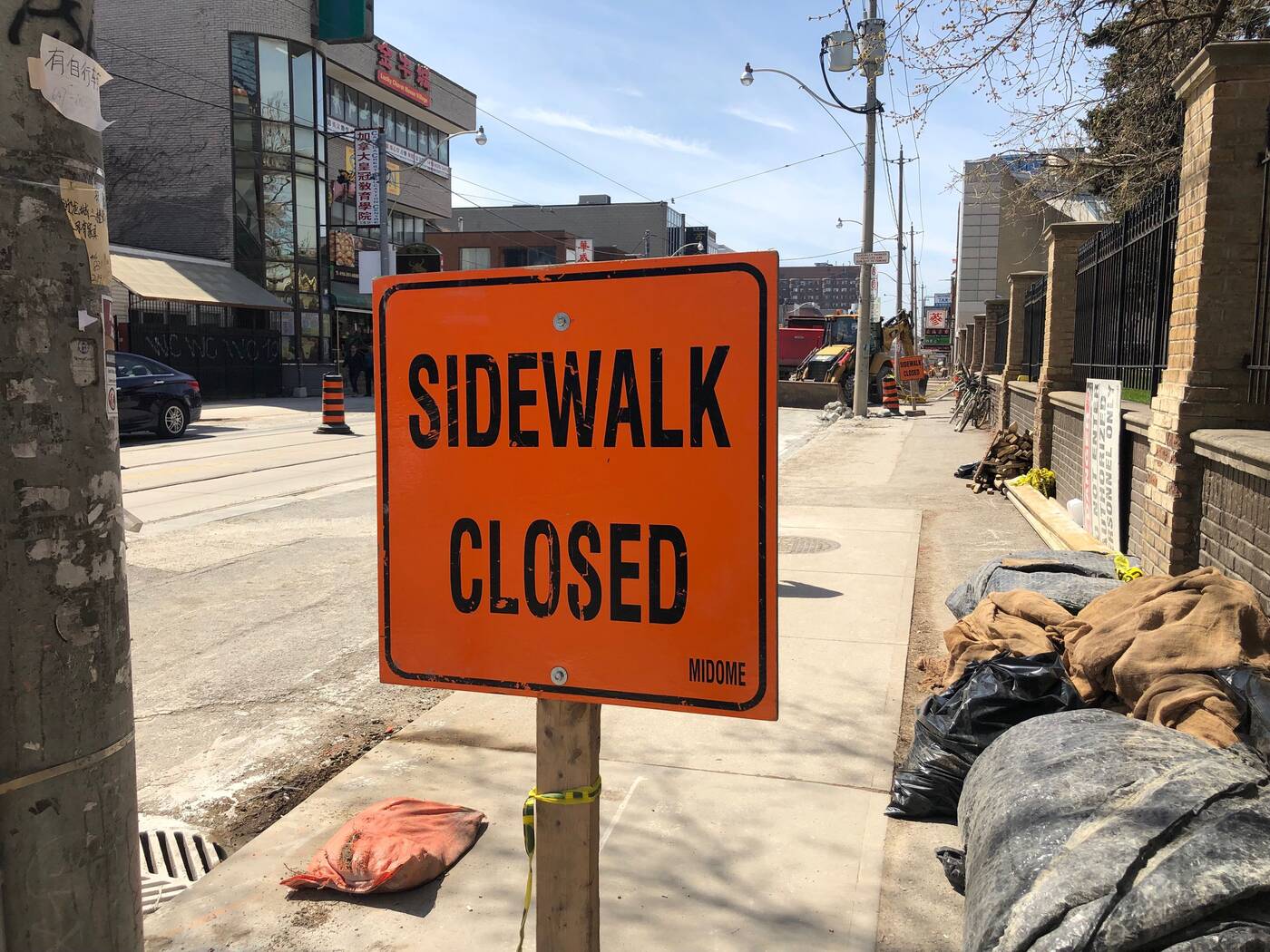 Construction is projected to last for a few more months, at least.

"We recognize there are traffic impacts on Dundas Street West and encourage road users to consider alternate routes whenever possible," says Eric Holmes, a communications rep for the City.

According to Holmes, the second phase of construction will be done in Mid-May, while phase three of the project is expected to finish late this year.