Toronto is getting a massive new GO Transit station

Get on the GO, Etobicoke—or, more specifically, anyone who lives, works, studies or plans to move near the fast-expanding Woodbine Entertainment complex in Etobicoke.

The province has partnered with both Metrolinx and Woodbine to develop the station, which should better serve what officials expect to become an "employment mega zone" once the race track becomes a full-on casino complex.

"A new GO station at Woodbine will offer opportunities to live and work near a major employer and entertainment destination, as well as better access to the local community and jobs," said Metrolinx CEO Phil Verster in a government news release this morning. "This is a wonderful announcement for our customers." 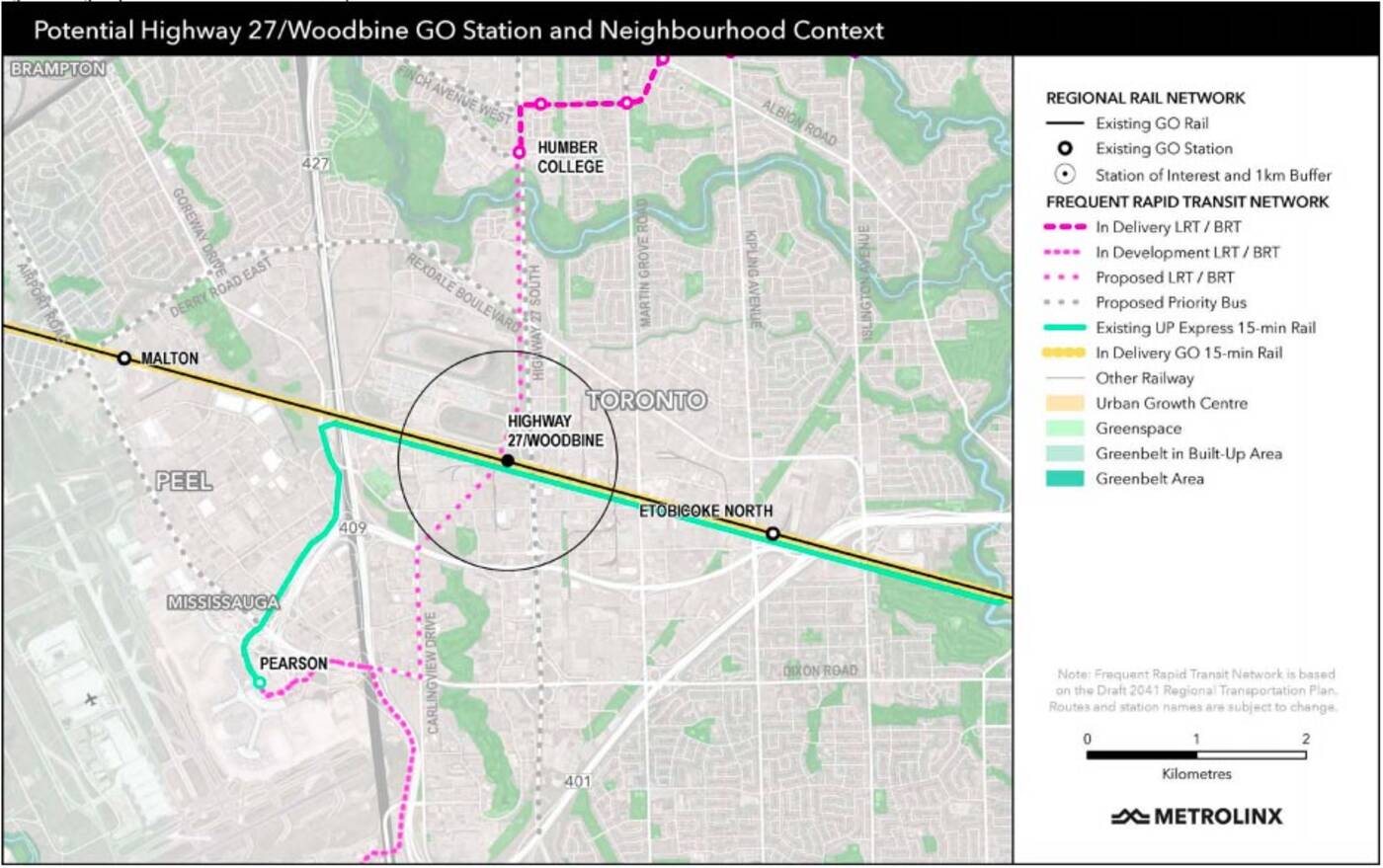 Metrolinx included this contextual map in its business case for the newly-approved Highway 27-Woodbine station. Image via Metrolinx.

A timeline for the project has yet to be released, but the province is promising everything from passenger waiting platforms with weather protection to 790 parking spots for commuters.

It's great news for the gambling community, to be sure, but other other institutions in the area will also benefit from the new public transit hub: Etobicoke General Hospital, Woodbine Mall, The University of Guelph at Humber and Humber College among them.

Humber College's North Campus, in particular, will be located just 3.5 km from the GO station, according to the province, providing some 19,000 full time students a faster way to school with a quick bus ride.

The new station, called Highway 27-Woodbine, will replace Metrolinx's existing Etobicoke North station once it's torn down and is expected to cost as much as $120 million.

Minister of Transportation Jeff Yurek said on Wednesday that the government plans to build the station "at no cost to taxpayers" with Woodbine Entertainment picking up the bill.