Another bed bug was spotted on the TTC this morning

Yet another bed bug was spotted on the TTC this morning just a few weeks after another insidious bug was captured riding the rocket.

A commuter was riding was on a westbound train around 10:30 a.m. when they saw one of Toronto's reddish-brown nemeses chilling out on one of the seats. 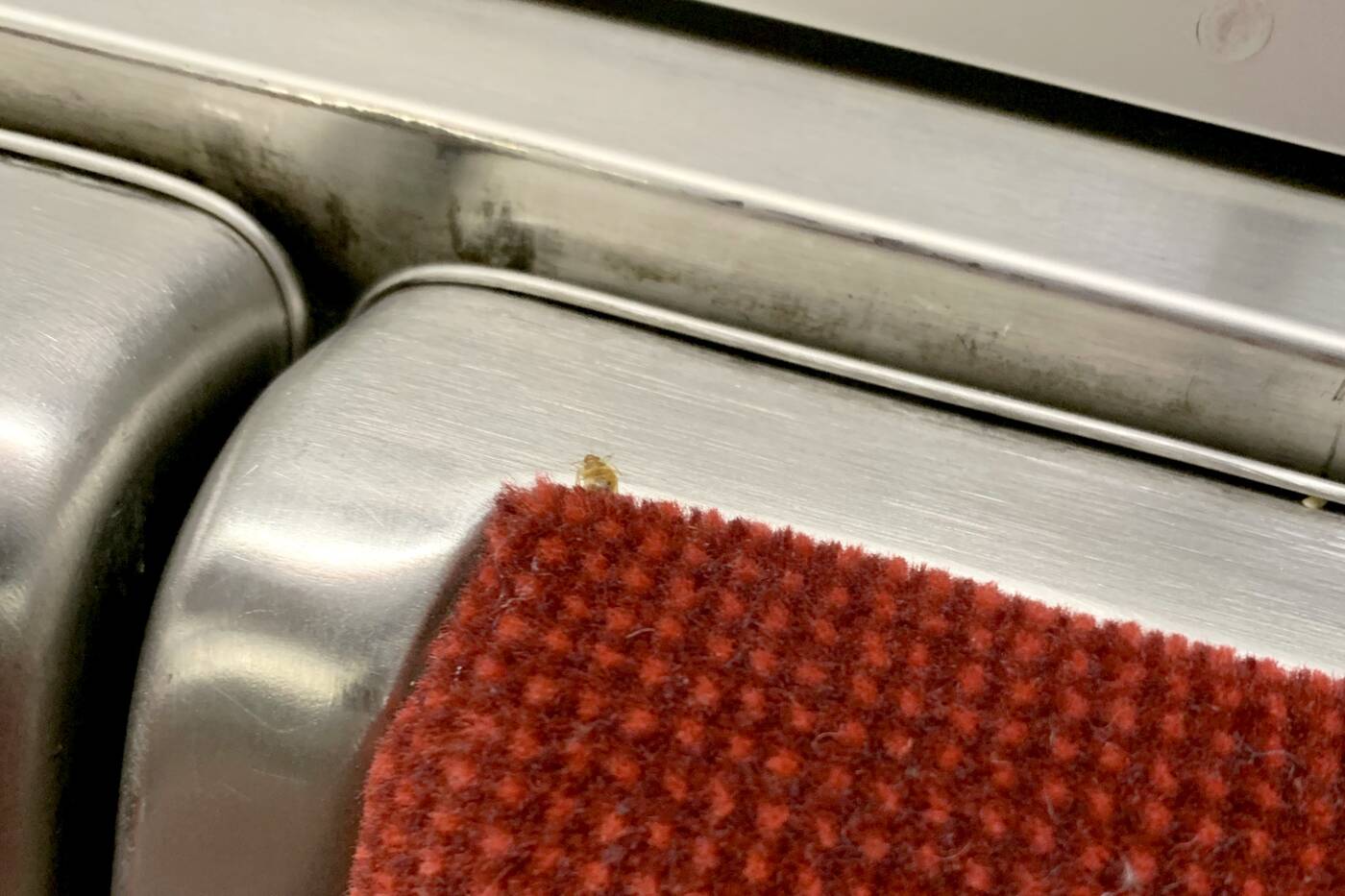 A bed bug was spotted on a westbound train this morning. Photo courtesy of TTC rider.

The rider has since reported it to the TTC, who said they'd be informing the garage about the train car in question.

It's the second time a creepy-crawly has been photographed on a subway seat in the past few weeks (last time it was on Line 1).

Me inspecting the ttc seats for bed bugs before sitting down pic.twitter.com/agNxT87Ubb

While it's no secret that public transit is one of the busiest—hence the dirtiest—places in the city, bed bug sightings are never received well by anyone, given their ability to completely ruin lives.

That's why seats should be plastic. Bed bugs can't climb on metal or plastic. TTC is the only system I have seen with material seats. They can hide and breed in them.

Plus, they don't even pay their fare. Maybe it's time to start fining them—or just switch out those fabric seats.