An unusual ad has been catching the attention of TTC passengers this Friday morning with its off-brand font, low-res stylings and unconventional installation.

Someone appears to have taped two long, white pieces of paper atop an illuminated ad panel inside a Toronto subway car sometime early Friday.

On the paper is printed a rather lengthy message, for an ad, and one of the transit commission's own campaign titles "The TTC Way." But this is no ad for the TTC itself (if the presence of Ontario Premier Doug Ford didn't tip you off). 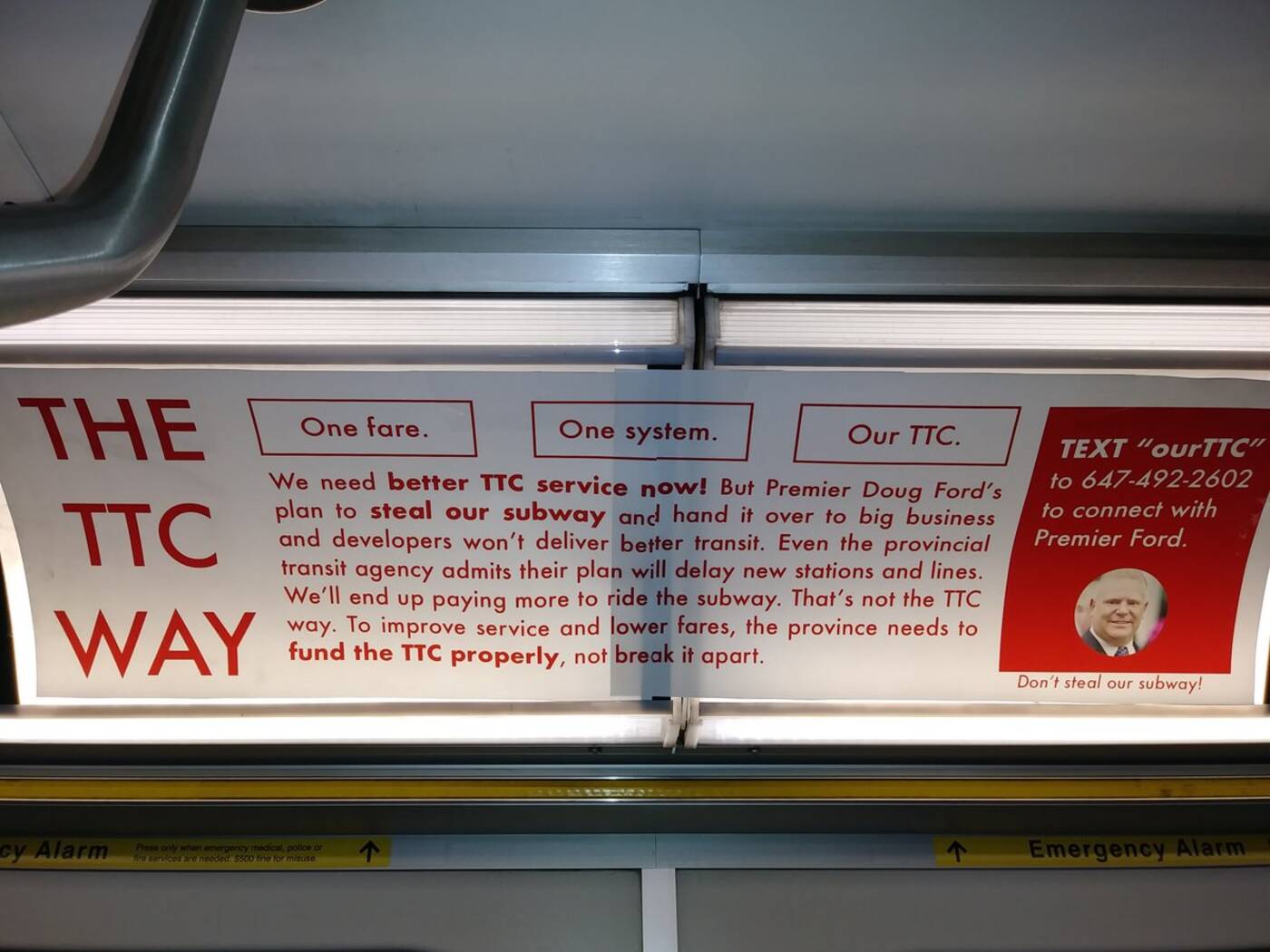 "We need better TTC service now! But Premier Doug Ford's plan to steal our subway and hand it over to big business and developers won't deliver better transit," it reads.

"Even the provincial transit agency admits their plan will delay new stations and lines. We'll end up paying more to ride the subway. That's not the TTC way."

The poster encourages readers to text "ourTTC" to a phone number that does not belong to Ford in order to connect with the premier. "Don't steal our subway!" reads a single line under a photo of his face.

While no website or organization is attached to the ad itself, it bears the hallmark colours, sentiment and style of local public transit advocacy group TTC Riders.

Looks like someone put up spoof posters in the subway this morning! If you agree with them, send a message to Ford saying Don't Steal Our Subway! https://t.co/pza657lZ43 #topoli #transit pic.twitter.com/bebV1VroO6

Sure enough, the grassroots organization seems to be responsible for the play, tweeting out a link to its website with the exact same images sent to us this morning.