The annual competition pits farmers from across the country — or, more accurately, their cows — against each other to vie for the title of Supreme Champion, an honour bestowed upon the best bovine beauties of the bunch (like a dog show, but for animals that people eat).

This year, two-year-old Princess Valentine of Oattes Cattle took the crown for females of her species, while the almost two-year-old MVY Caous of Rollin Acres Charolais was named top bull.

These award-winning show cattle appear to be professional procreators (as opposed to future hamburgers), used by breeders to make more genetically-gifted and fancy cows.

The same cannot necessarily be said for their offspring, of course, or the hundreds (if not thousands) of cows hanging out at Toronto's Exhibition Place this week. I mean, they're all being referred to as "beef."

"Animals are not property, machines, or objects for us to use," says protest organizer Johanna Nikoletos on why she and her companions at Direct Action Everywhere disrupted the competition last night.

"They are individuals, and just like us, they want to be free," she continued. "We will continue to disrupt the Royal to speak for these animals who are being systematically silenced by this industry." 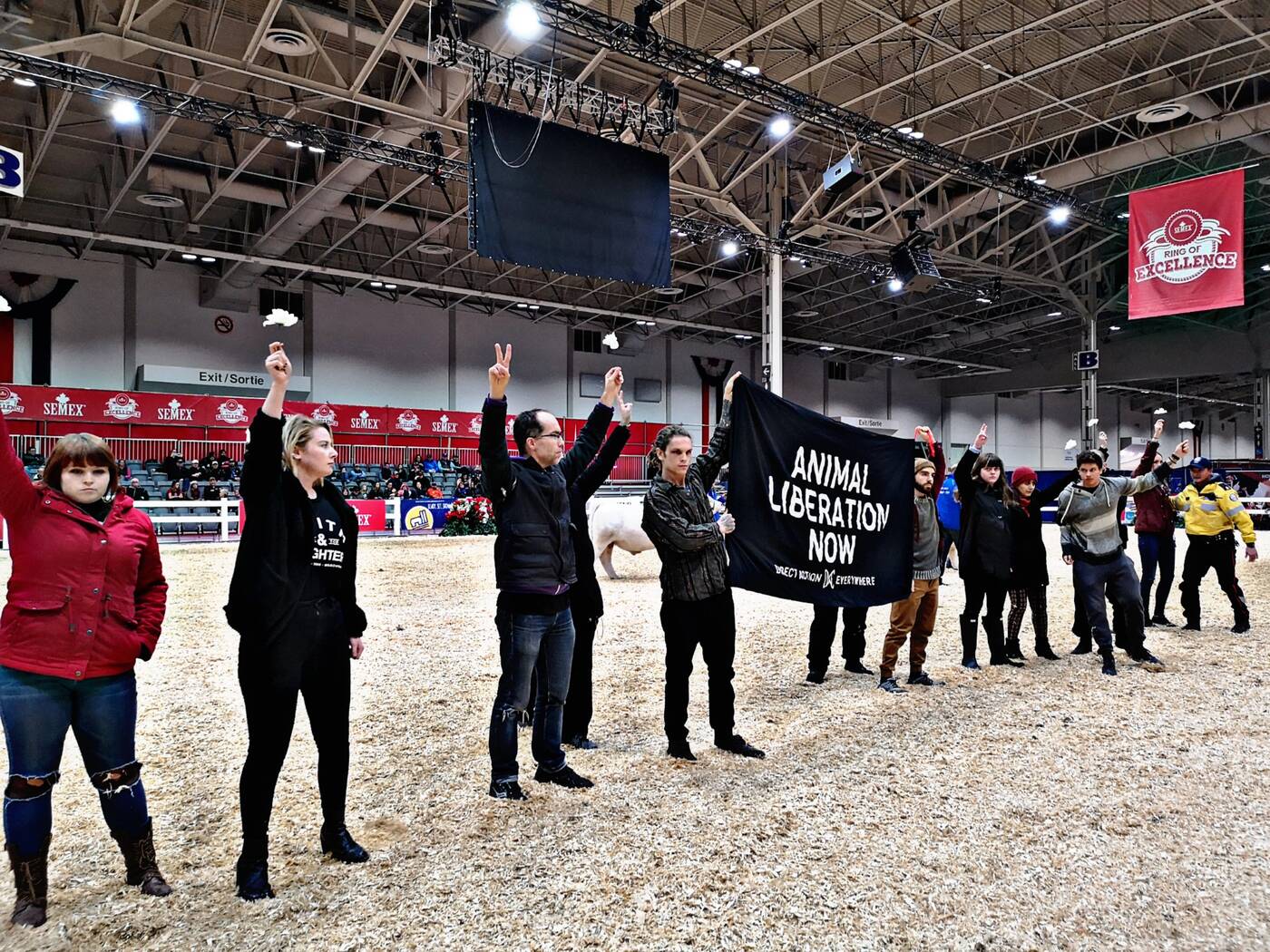 The animal rights activists entered the ring holding up white roses and a banner that read "ANIMAL LIBERATION NOW."

Police removed the group so that the show could continue, and while video footage from the scene shows some dramatic back-and-forth, no activists were arrested or charged. 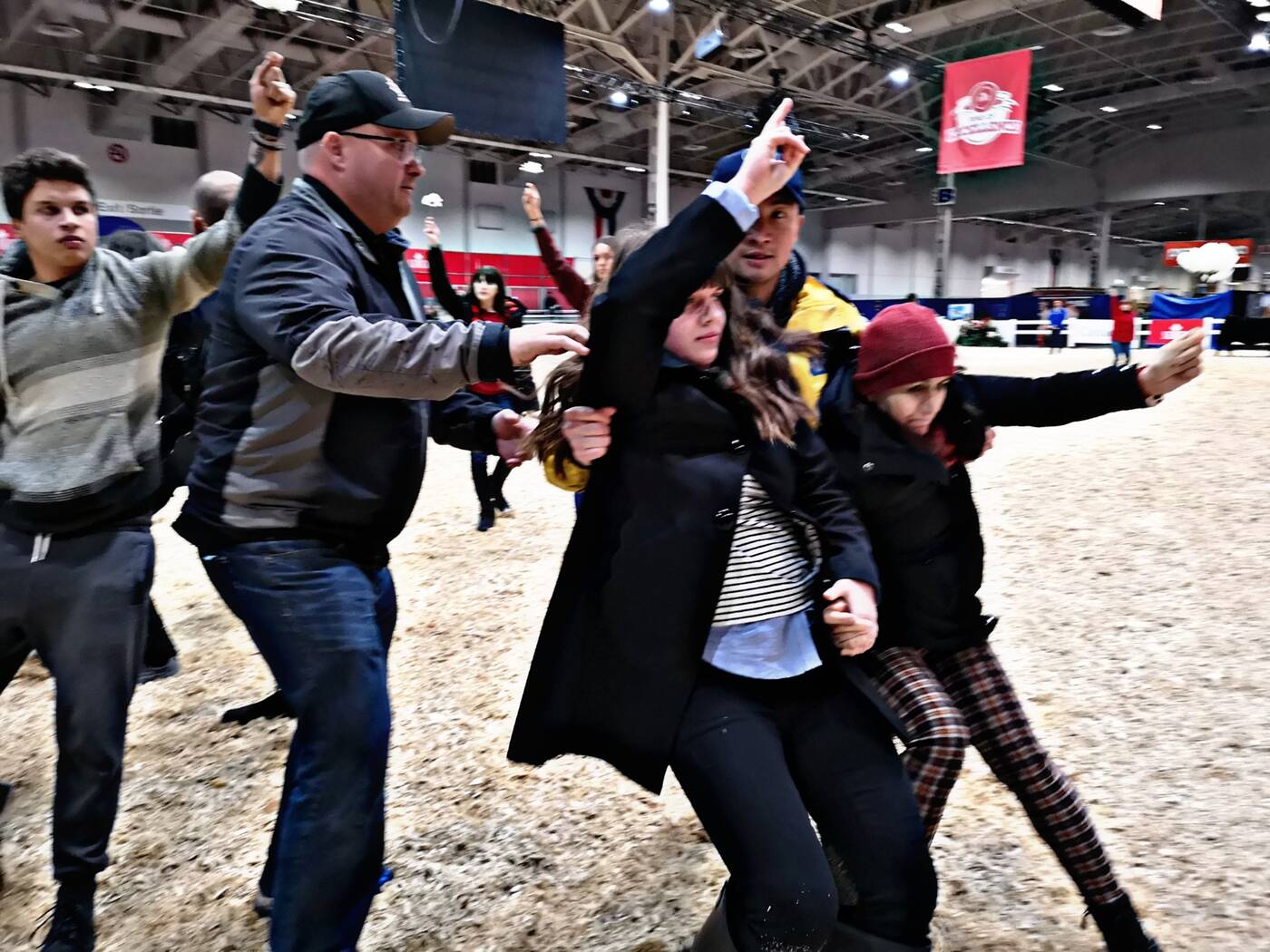 Direct Action Everywhere Toronto says that it will continue disrupting events such as this one "until the exploitation of animals stops," and demands that the already embattled Exhibition Place shut down The Royal, now in its 96th year, altogether.