No amount of pleading from scientists, direction from the federal government or even lost revenue can convince Ontario's PC government to bring back cap-and-trade, it seems.

"This plan strikes the right balance between a healthy environment and a healthy economy," he said on Thursday. "Most importantly, it does all of this without imposing an ineffective, regressive carbon tax on hard-working Ontario families."

So how does Ontario plan to, as Phillips puts it "do our part to reduce greenhouse gas emissions" without taxing polluters who exceed their carbon allowances?

By offering them money instead. 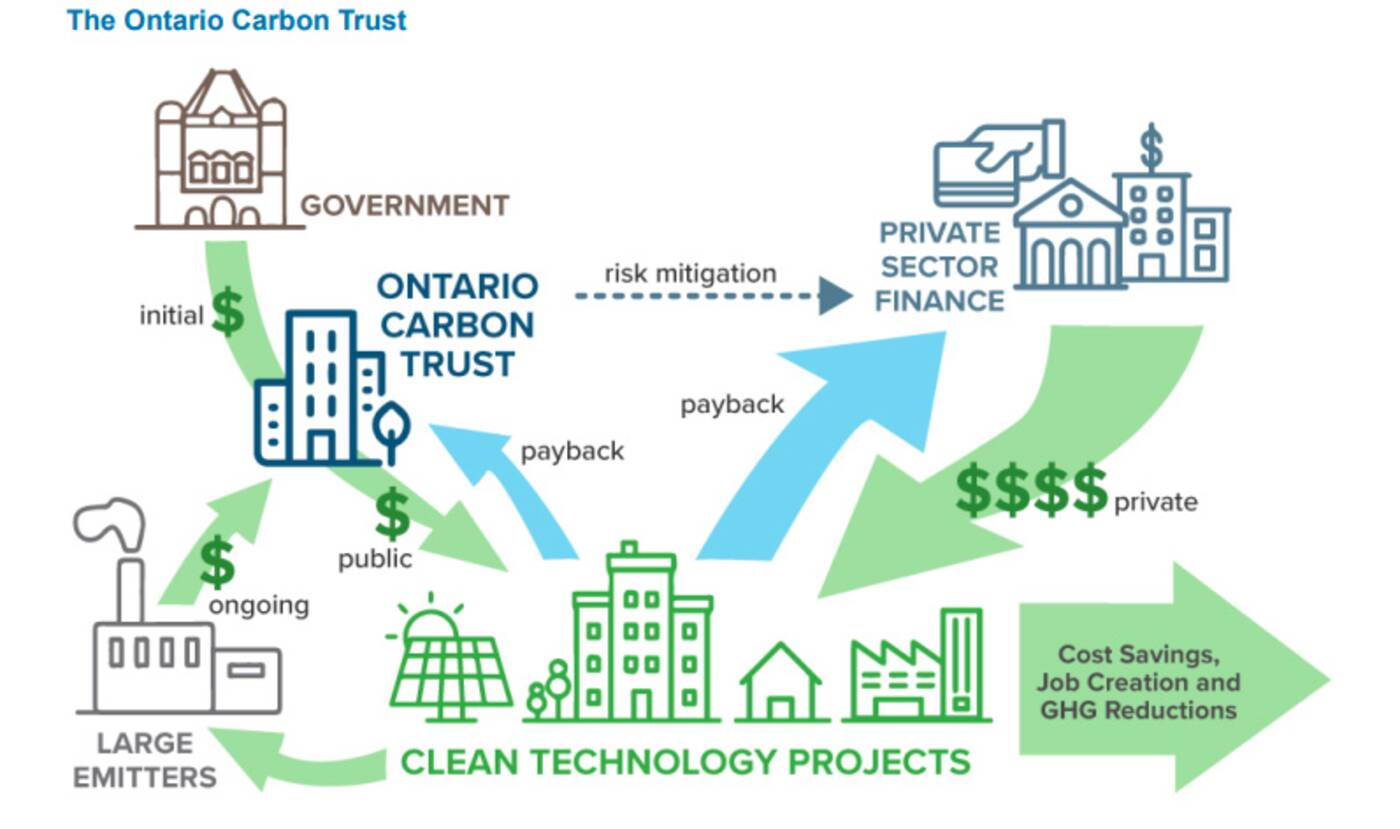 A visual explanation of the Ontario Carbon Trust as seen in 'Preserving and Protecting our Environment for Future Generations: A Made-in-Ontario Environment Plan'. Image via the Government of Ontario.

Meet the Ontario Carbon Trust—a proposed $400-million fund that would serve to "unleash the resourcefulness and creativity of the private sector while freeing them from burdensome taxes and red tape."

Those with the best ideas, as determined by a "board with the appropriate expertise" could win contracts totalling tens or hundreds of millions of dollars.

The freshly-released, 54-page-long plan says this trust is "most cost-effective approach to reducing greenhouse gas emissions," and that such a trust it would actually help Canada meet its Paris Climate Agreement target

Canadian Prime Minister Justin Trudeau may beg to differ. His government remains locked in a court battle against Ontario and Saskatchewan, both of which refuse to comply with his federal carbon pricing plan.

Of course, the carbon trust is only one part of the plan, which has been posted on the government's Environmental Registry for public input over the next 60 days.

Other ideas for solving climate change, according to Phillips, include tougher penalties for breaking environmental laws, more robust transparency measures and initiatives like a province-wide day of action to fight litter.