Like hotels, short term vacation rentals can vary widely in price — and it's not always the quality of a home that determines how much its owner will charge per night.

Location is king, meaning you'll pay a pretty penny to stay right in the heart of downtown Toronto. You'll pay even more to stay in a shi-shi hood filled with mansions, however, according to Luckey Homes.

The short term vacation rental management service (which basically takes over all the grunt work for Airbnb hosts) recently expanded into Toronto, bringing with it an analysis of the city.

It costs $177 per night on average, according to the service, to rent out someone's home in Toronto, which has an impressive 87 per cent occupancy rate and upwards of 720,000 bookings per year.

Perhaps most interestingly, Luckey broke down the average cost of an Airbnb rental by TTC subway station (something Torontonians seem quite keen on).

The results suggest that Scarborough is a solid bet for travellers on a budget, while anything near St. Andrew or Summerhill stations are the worst.

Here's how much your home might go for on Aibnb if you live on a subway line: 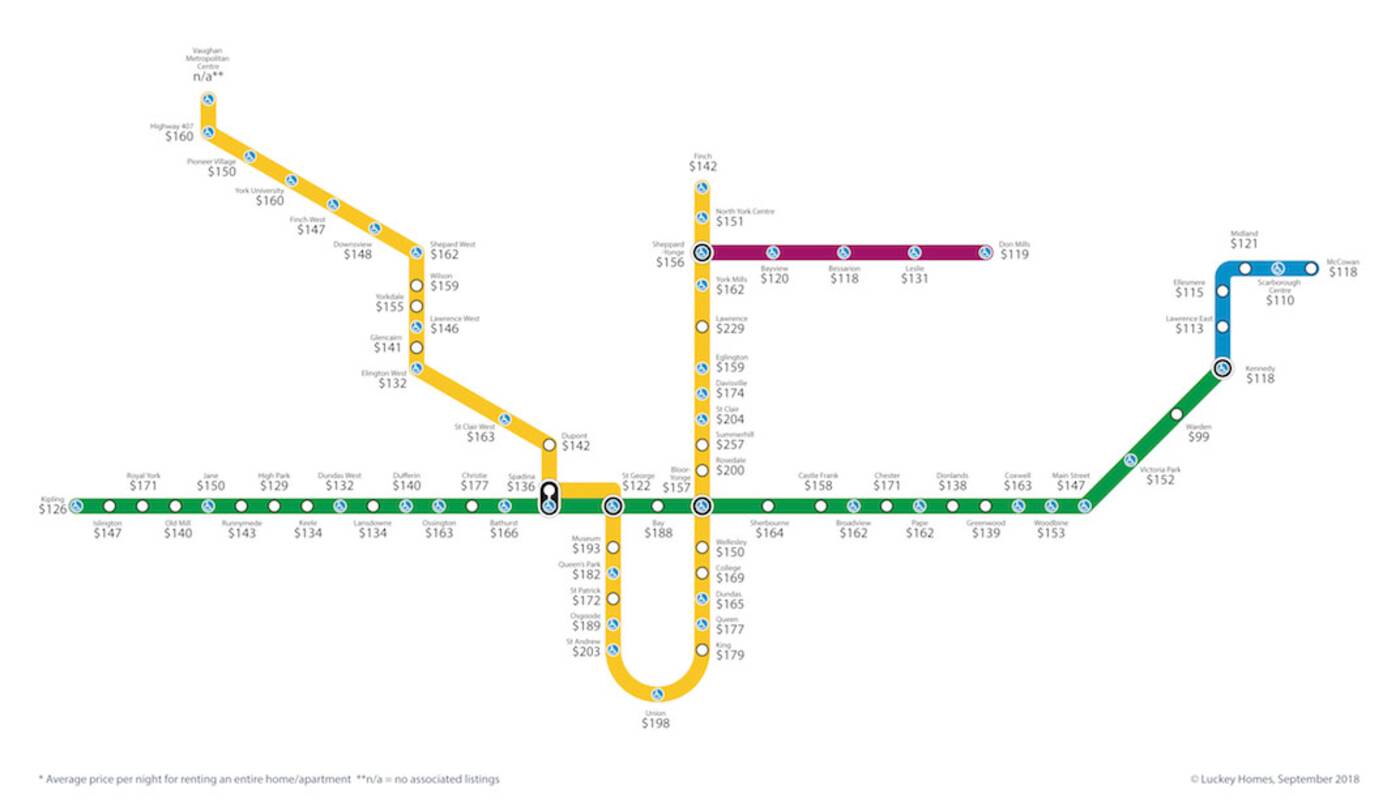