A 19-year-old woman has been arrested in connection with a racially-charged altercation that was captured on camera aboard a TTC subway train this past Saturday.

The incident in question was filmed and uploaded to YouTube on Sunday by a witness who said that the young woman pictured "was yelling at a commuter to go back to China."

About half-way through the roughly one-minute-long clip, the young woman who had been shouting racial slurs runs toward where the witness is filming, followed by an older woman.

The two passengers are seen struggling to gain control of what appears to be a phone as the train stops at Eglinton West Station.

"Give me my cellphone!" pleads the older woman, to which the woman who had been shouting "GO BACK TO CHINA!" replies: "I'll give it to you if you take the video off of it."

The video ends with the younger woman snatching the phone and fleeing the train, followed by the older woman and a man in black. 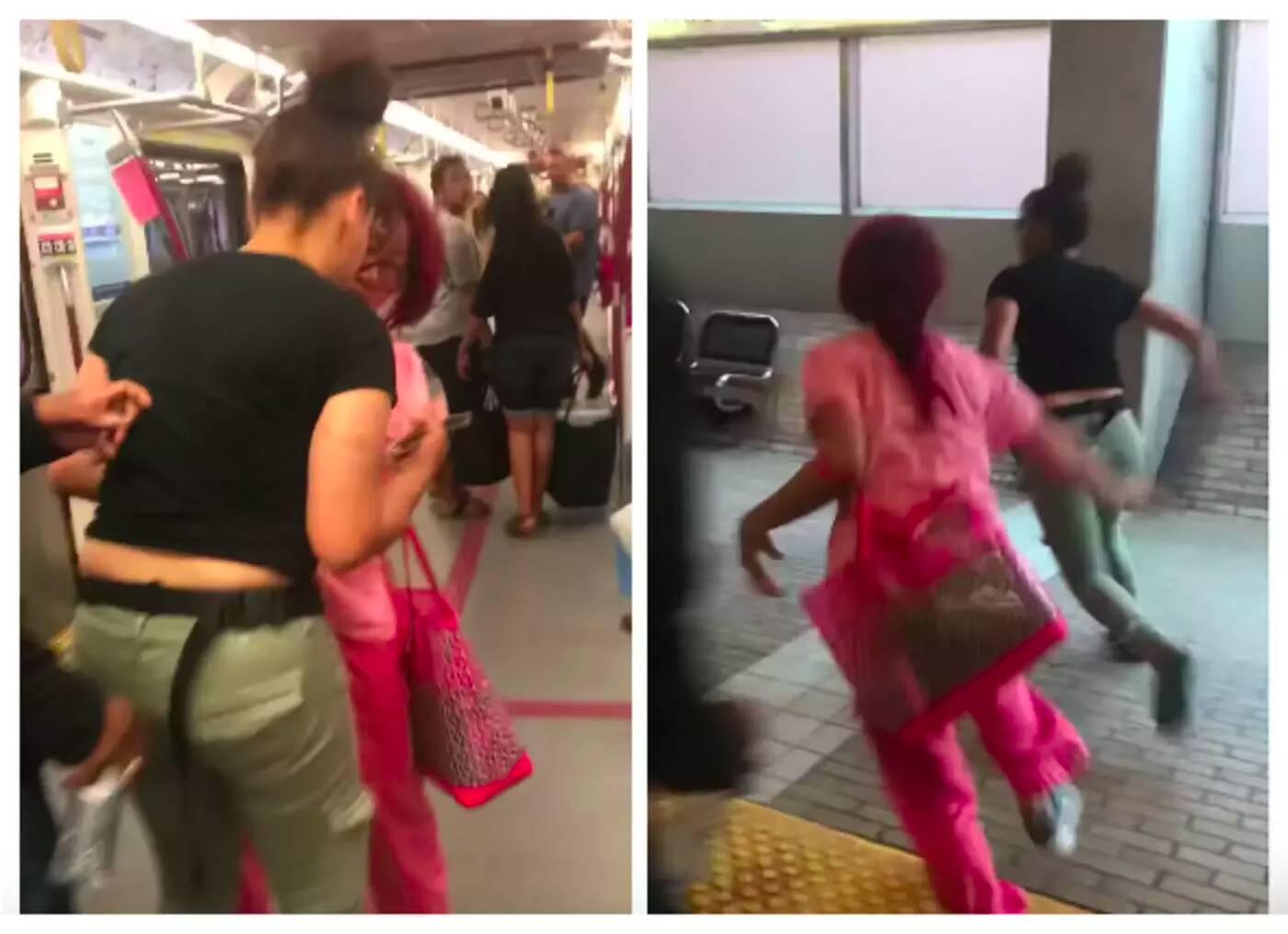 Tashia James, 19, was arrested on Wednesday in connection with a video in which a young woman is seen yelling "go back to China" and running away with a stolen cellphone. Screenshot by Lauren O'Neil

The person filming the video later told CTV News that the altercation began after the young woman asked a man for a cigarette and was denied.

Irate, the young woman started hurling racial slurs at the man, prompting the older woman to pull out her cellphone and start recording.

Toronto Police said on Wednesday that Tashia James had been charged with one count of robbery and one count of failure to comply with probation in connection with the incident.

This is the second time Toronto Police have arrested someone for using racially-charged language to harass other citizens on camera in as many weeks.

Lombray Ball, 50, was charged last Thursday with two counts of assault and one of threatening death as part of "a suspected hate-motivated crime investigation" after videos surfaced of him hurling racial slurs at a family near the Jack Layton Ferry Terminal.