The University of Toronto is about to be home to a brand new residence building, and it'll preserve a book store that was the centre of a contentious debate.

The 23-storey building, which will be located at Spadina and Sussex, is the first residence building U of T has built in a decade.

Plans include space for over 500 students, and two dining halls. Retail, green space, study rooms, a fitness centre, and other amenities will also be integrated into the building's design. 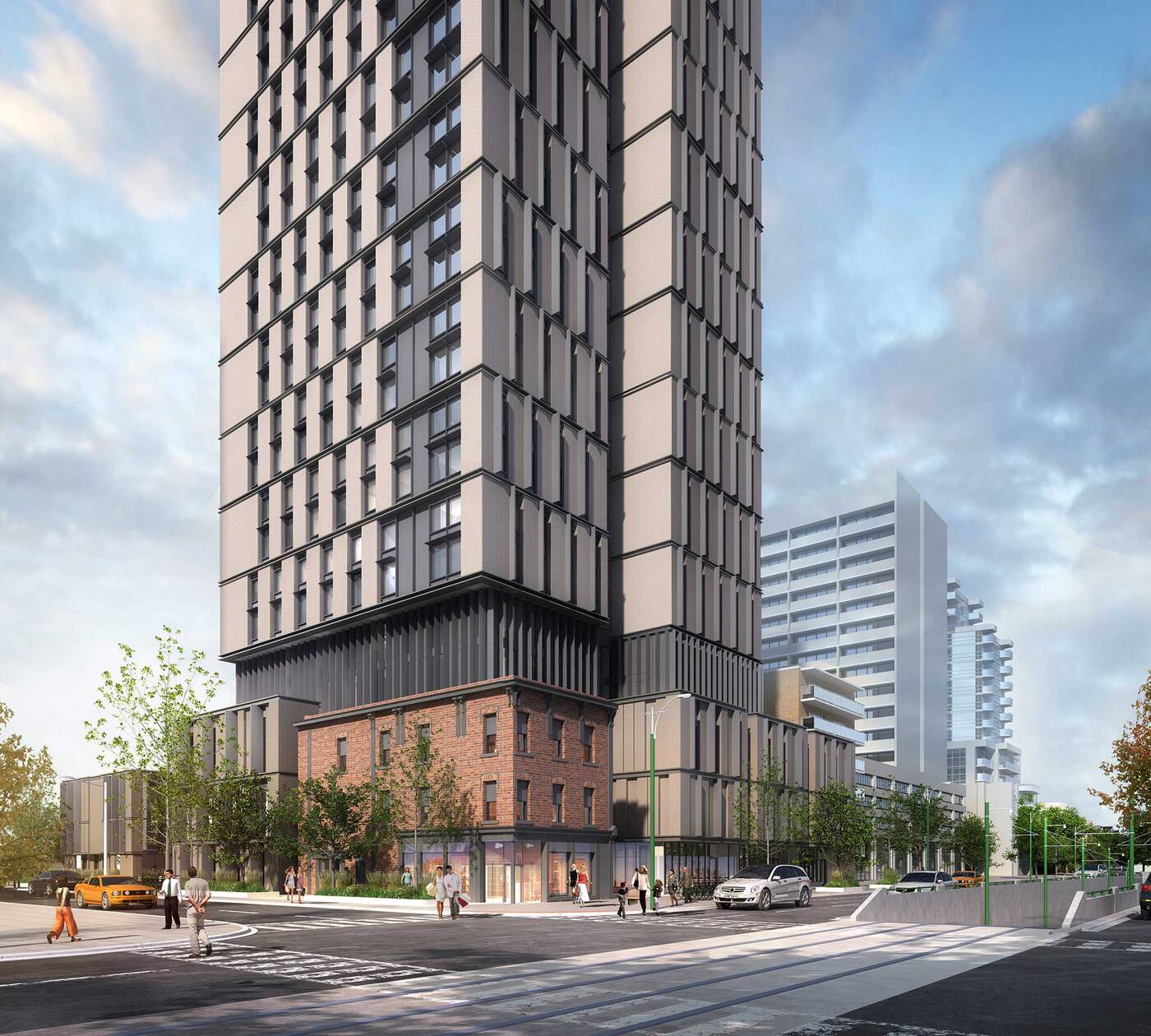 The space will feature a ton of green space for the public. Rendering from Diamond Schmitt Architects/University of Toronto.

The book store on the corner, Ten Editions, will be preserved. A two-storey Canada Post building will come down.

The book store's status remained a heated debate between U of T and the city last year, after the university tried to receive permission to tear it down.

The store has stood on the spot for more than 132 years, and the city worked diligently with the Harbord Village Residents' Association to grant it heritage designation to protect it from the university.

It looks like both sides got their way in the end, and the corner will now be home to both buildings. Isn't it great when we learn to share?