Chester Hill Lookout has all the vibes of a small town hilltop car park (make out sessions included) with all the views of a big city landscape. Relatively unknown to anyone living outside of the Danforth, this intimate little spot is a quintessential Toronto gem. 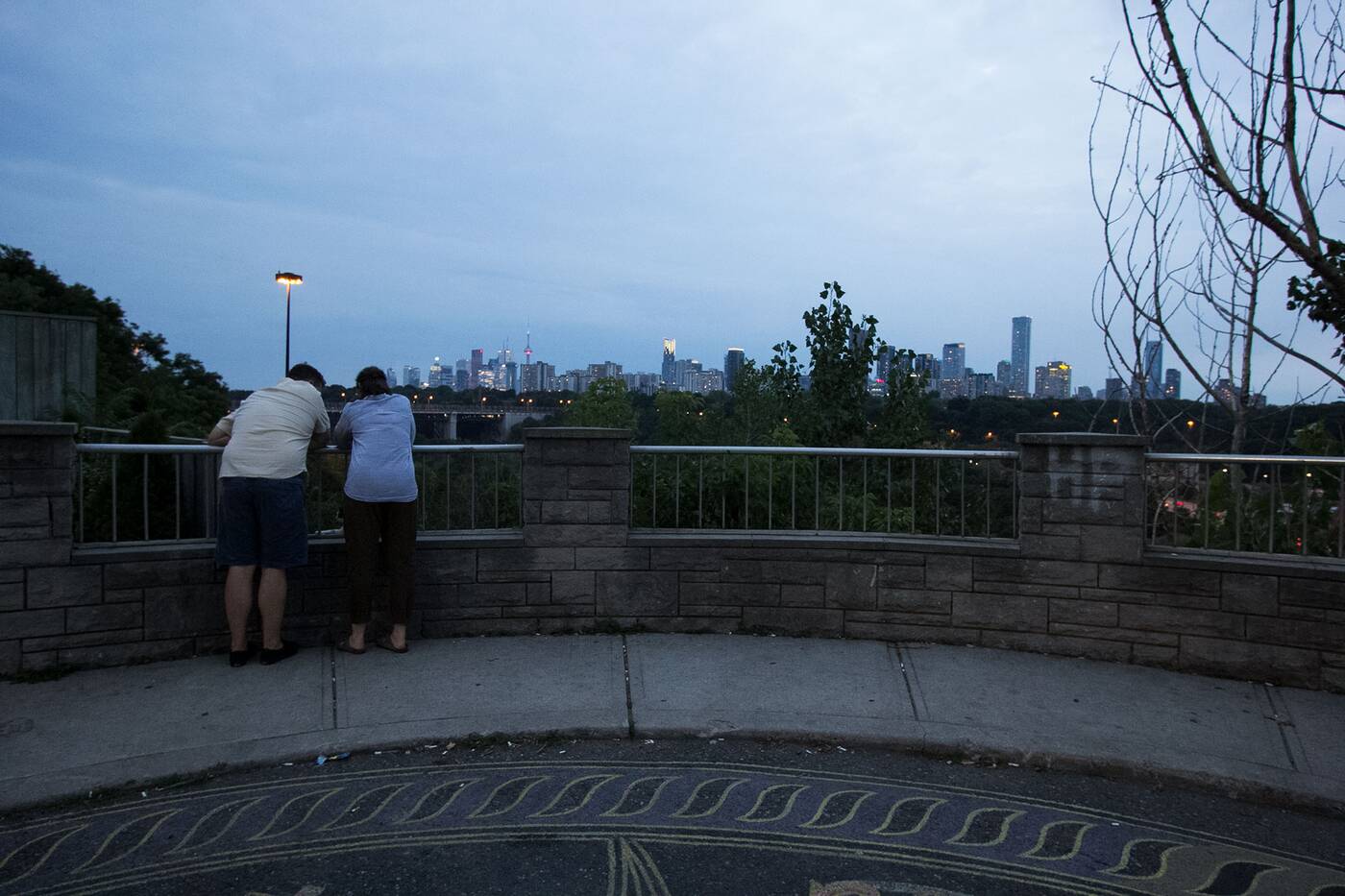 Chester Hill Lookout is located on a quiet cul-de-sac off of Broadview Avenue. 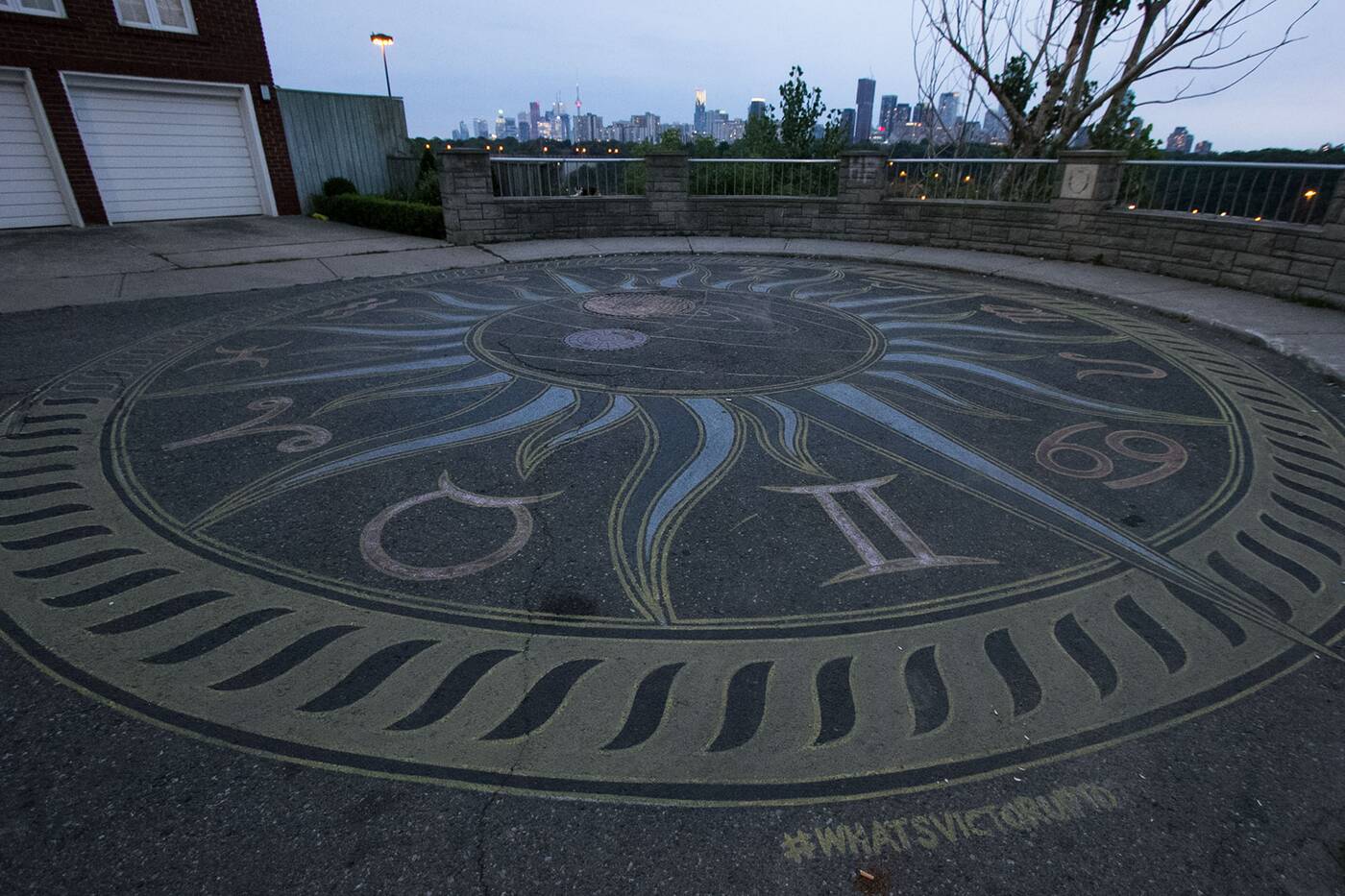 Astrology wheel art by @whatsvictorupto fills up the concrete space of the Lookout.

Much of its charm comes from the giant astrology wheel painted by Toronto's king of sidewalk art, @whatsvictorupto, which adds a geometrical, almost spiritual dimension to an otherwise plain space. 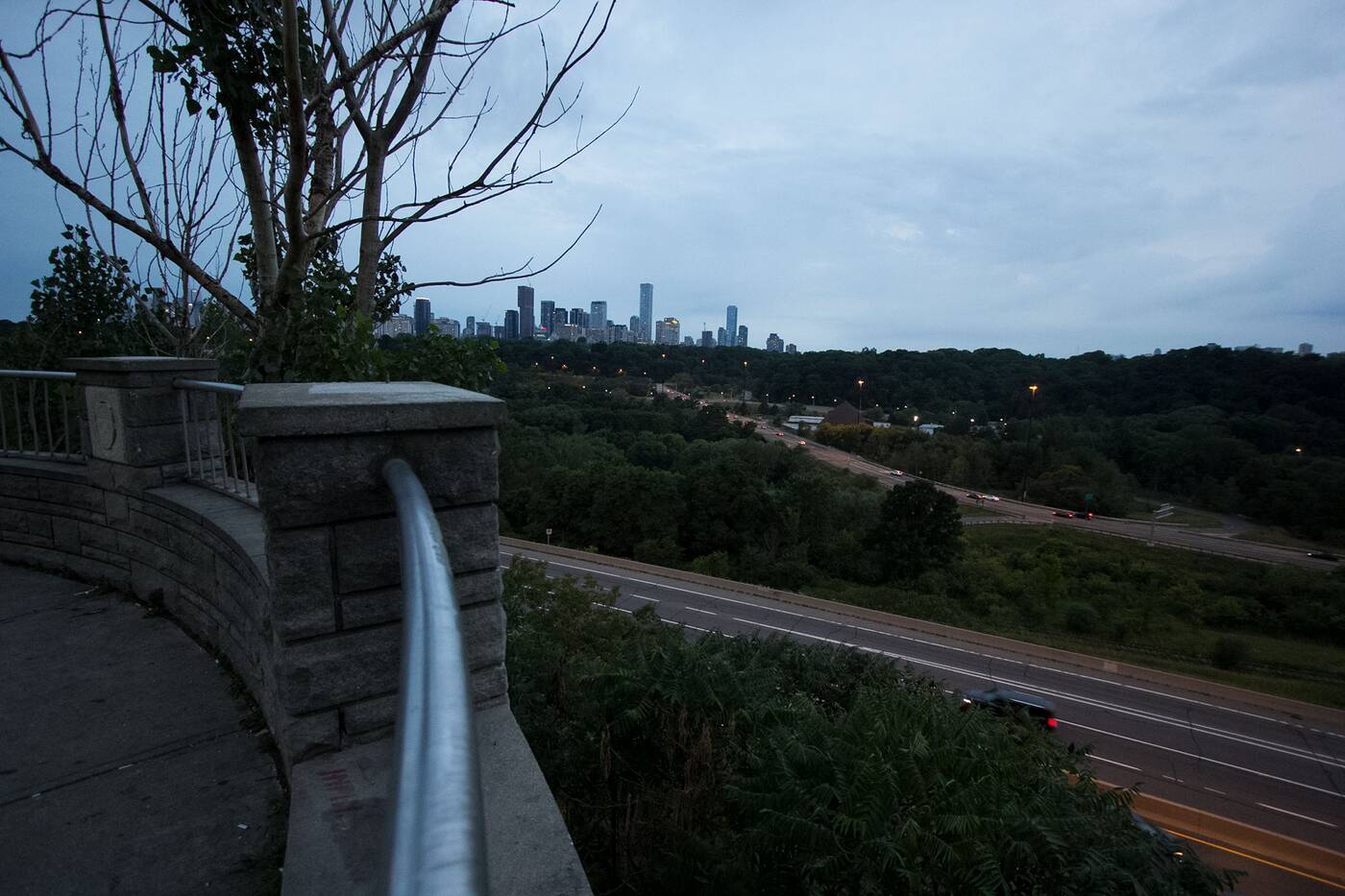 You can look out west over the Don Valley and the DVP.

It's no secret to those familiar with the area that everything about the Lookout, from its vistas to its edgy-but-still-safe-enough railings, makes it a popular date night spot for couples seeking some privacy.

Even the residents seem used to the routine of cars loitering for an hour or two right outside their two-storey detached homes. I mean, wooing someone does get a lot easier when you have a sunset at your disposal. 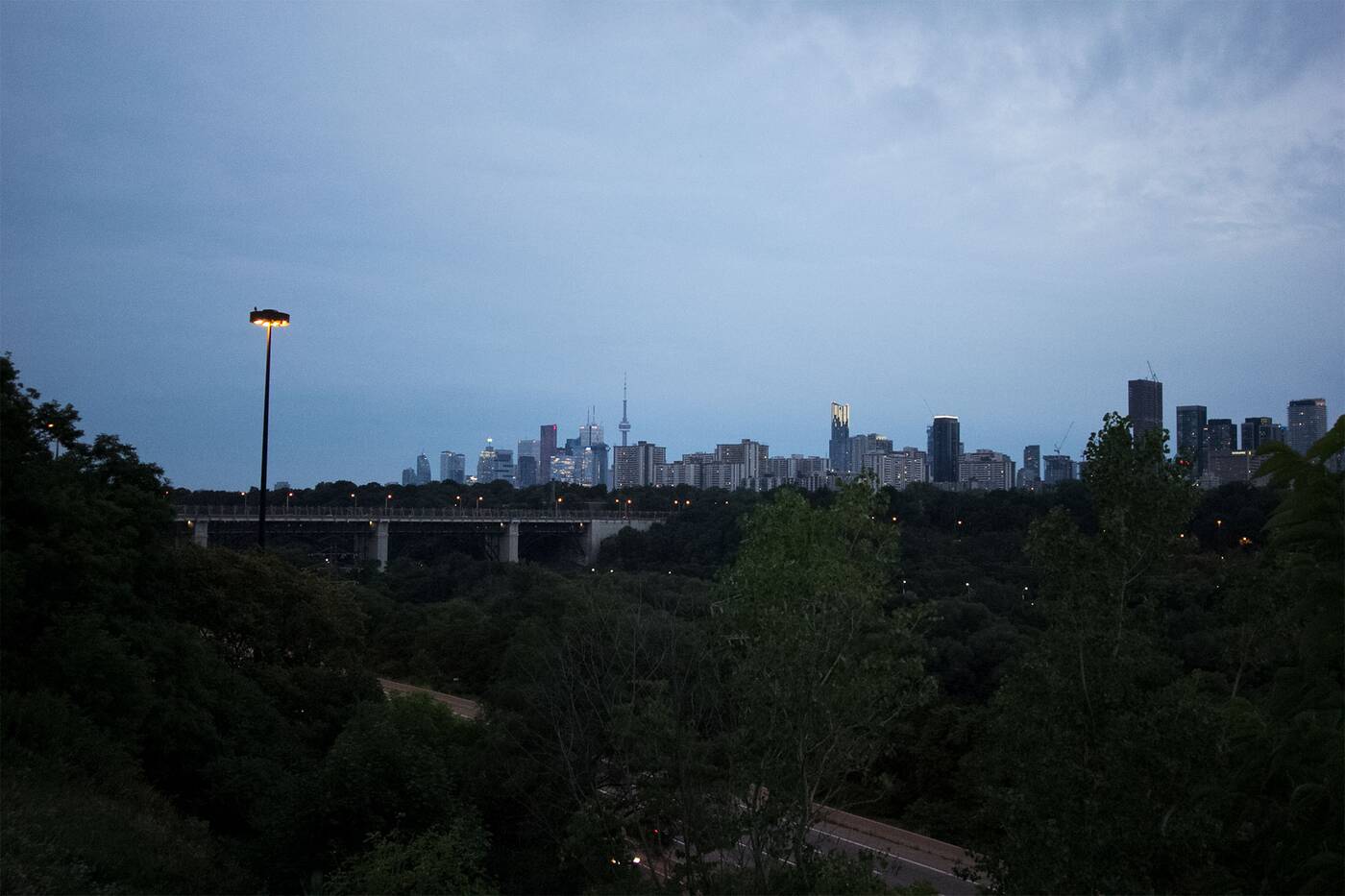 The Lookout grants a great view of the downtown skyline and the Prince Edward Viaduct.

For those with less romantic intentions, Chester Hill Lookout is a great place for photographers to snap that perfect IG pic, or even just to sit back and relax while appreciating Toronto's landscape.

It offers a view that spans west across the city, with the Don Valley and the whizzing of cars on the highway below, Evergreen Brick Works beyond the trees to the right and the towering financial buildings to the left. 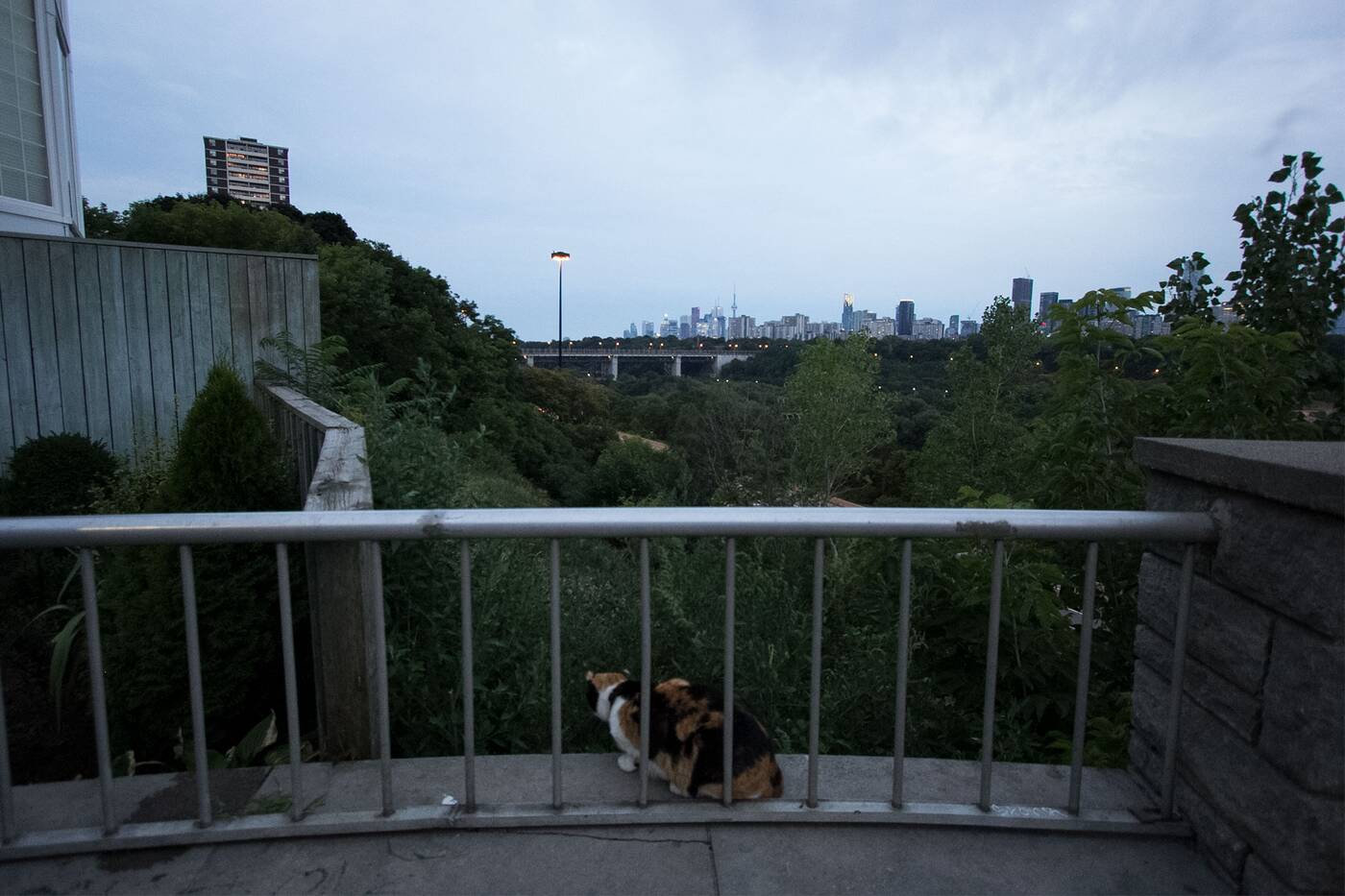 You might run into a neighbourhood cat named Dizzy Daisy.

If you get lucky you might also spot the aloof calico cat named Dizzy Daisy, who, according to her name tag, travels from neighbouring Thorncliffe Road to soak in that skyline just like everybody else. 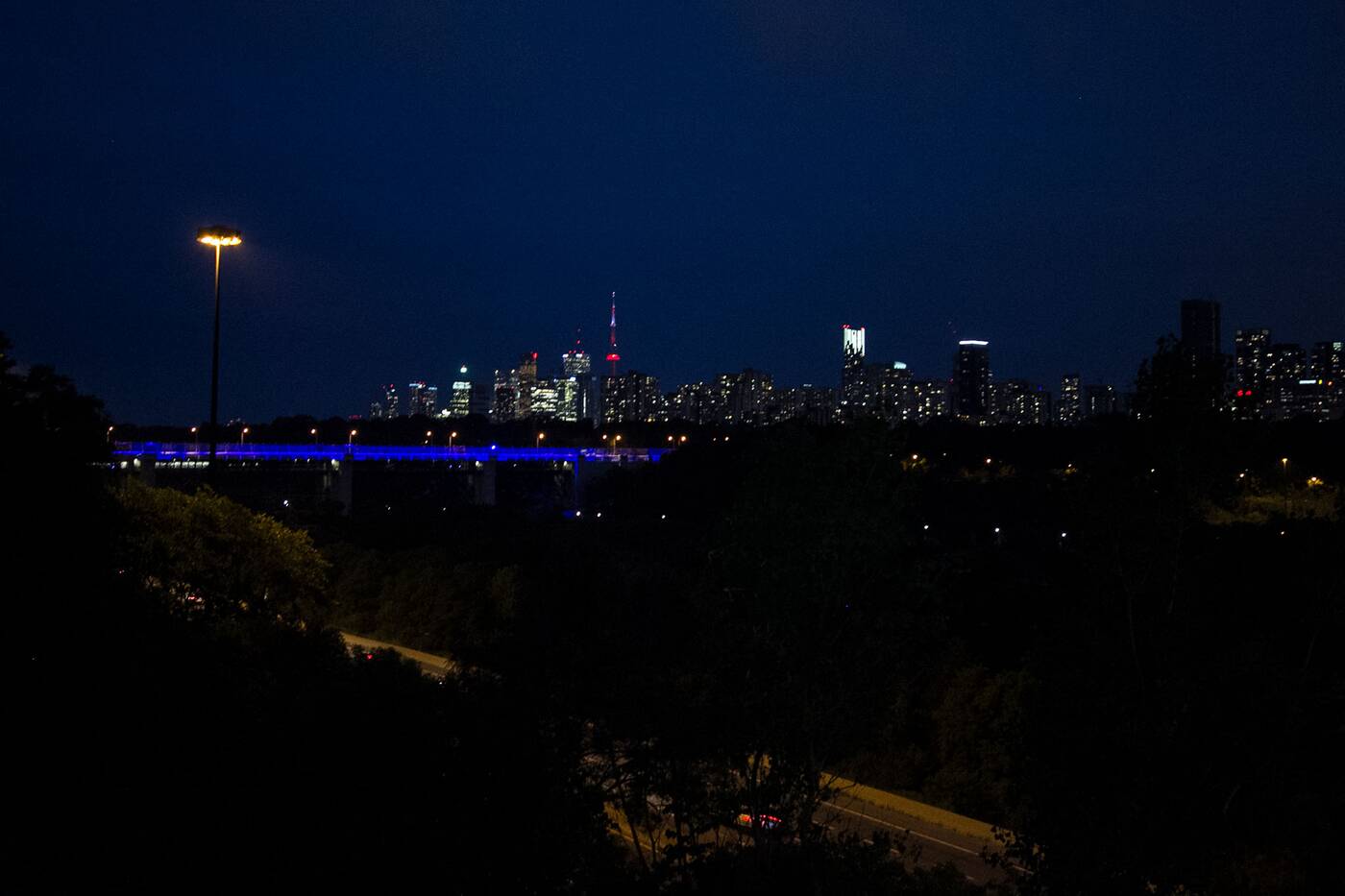 At night you can see the the Luminous Veil of the Prince Edward Viaduct light up purple.

While beautiful at anytime of day, sunset and nighttime are really the best hours to visit the Lookout. Nothing beats the purple-lit Luminous Veil of the Price Edward Viaduct: the historical truss bridge connecting the Danforth to the rest of the downtown core. 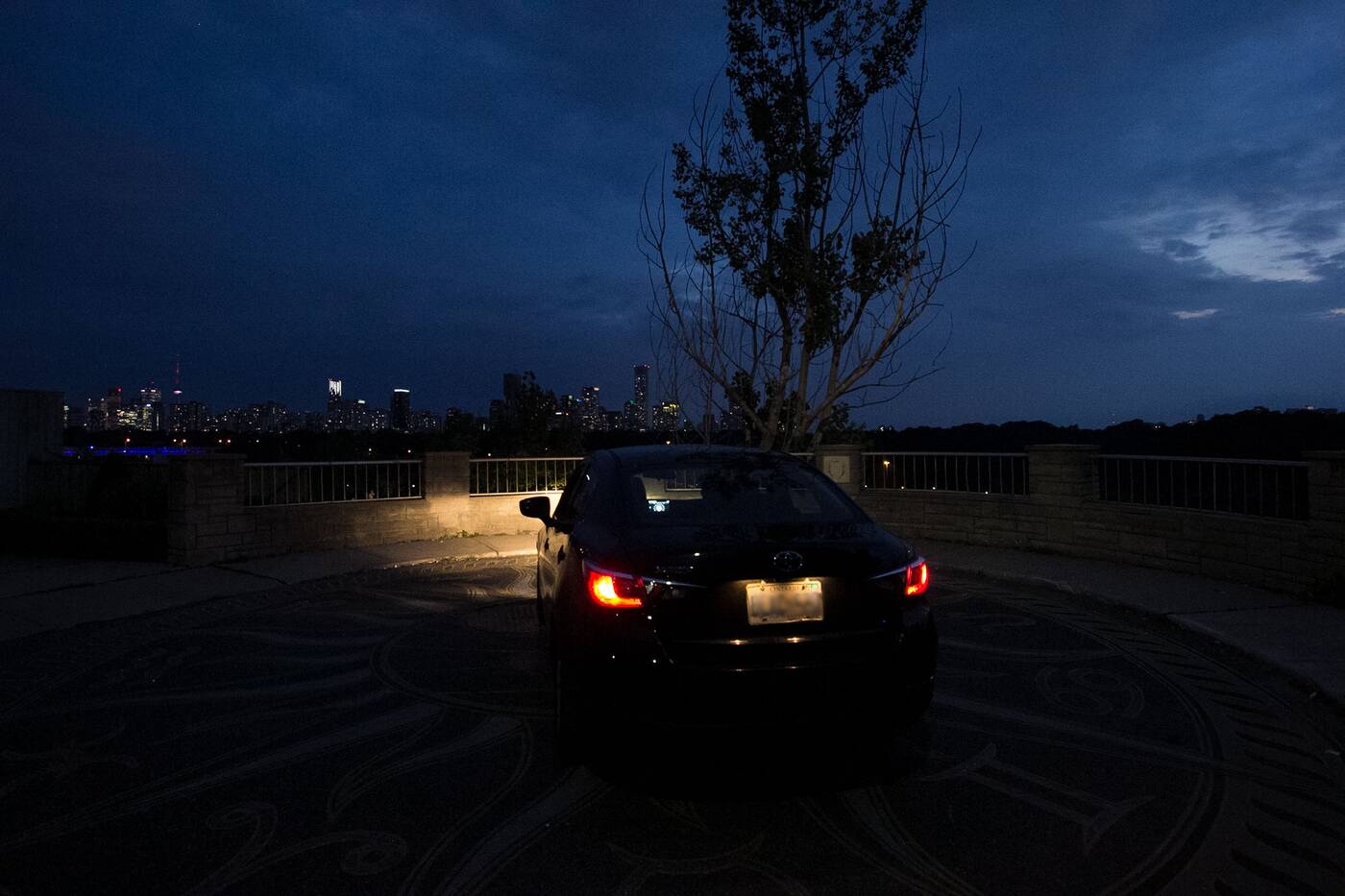 Chester Hill Lookout is a popular spot for people to make out in their cars.

Getting here is pretty easy: it's just a ten-minute walk north from Broadview  Station, and even less by bus, though heading over with a car is probably one of the more popular options, giving riders a place to sit and maybe do, um, other things when the sun sets. 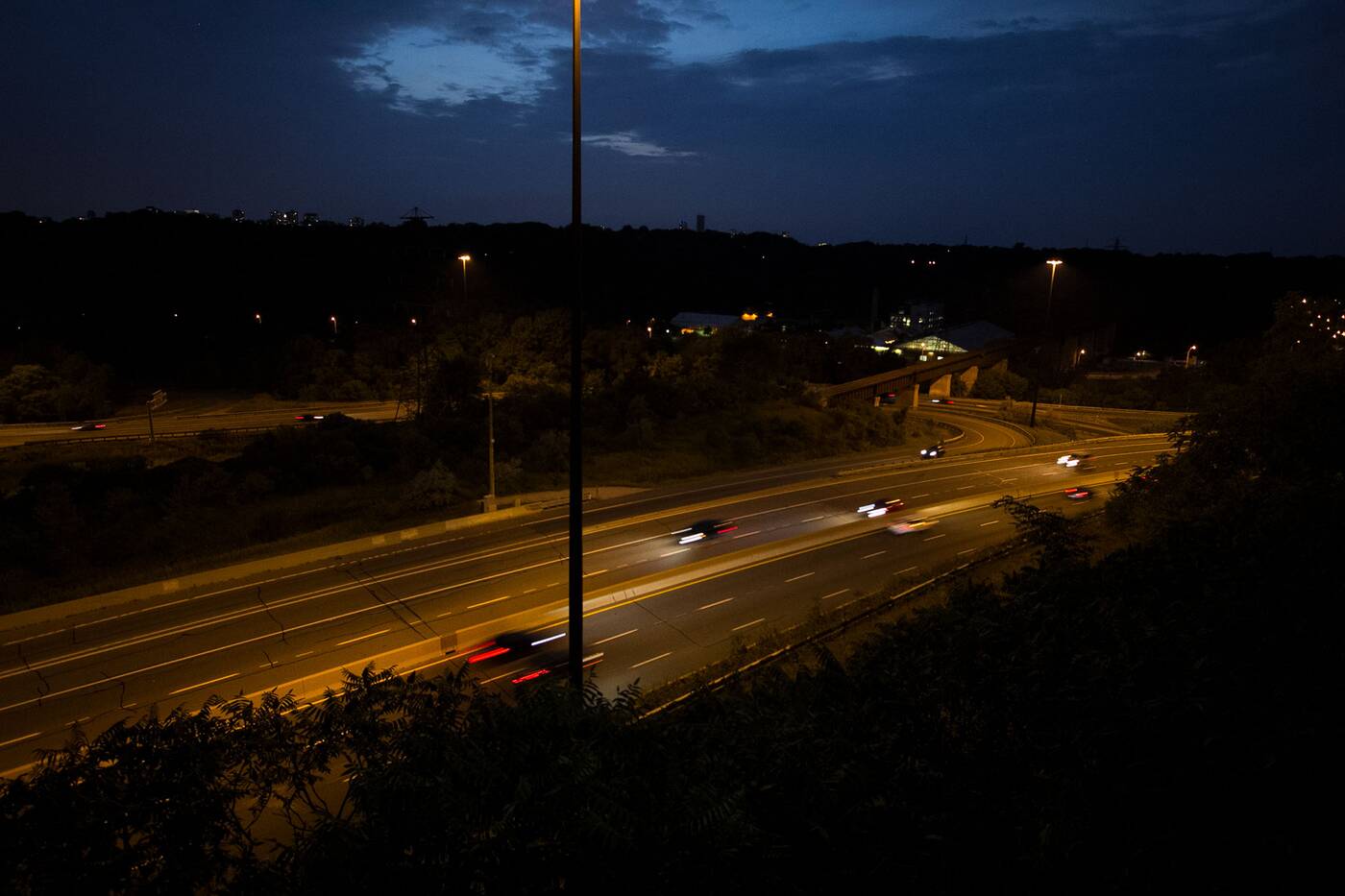