PETA finally gets its vegan ads in TTC subway stations

Cute animal pictures have been plastered across 25 different subway stations in Toronto as part of a massive new ad blitz from People for the Ethical Treatment of Animals (PETA.)

The subway ads, of which there are four versions, show either the face of a cow, pig, chicken or lobster with the words "I'm ME, Not MEAT." 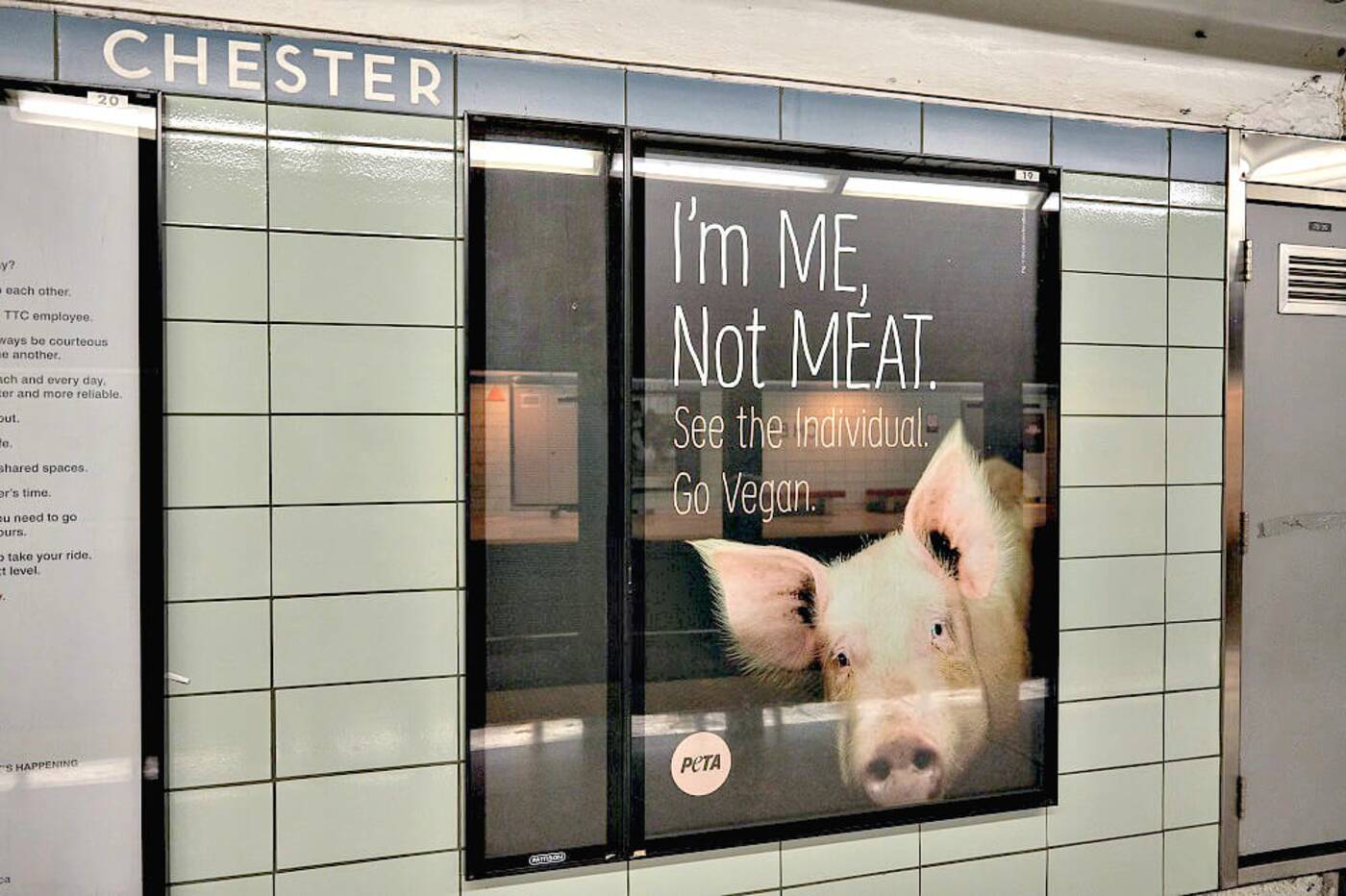 Controversial as the topic of veganism may be lately (though I can't fully understand why), the message sent by these ads aren't actually the biggest part of this story.

To quote famed Canadian communications theorist Justin Bieber (just kidding, it's Marshall McLuhan), "the medium is the message" — and the fact that these posters got turned subway ads in the first place is of some significance. 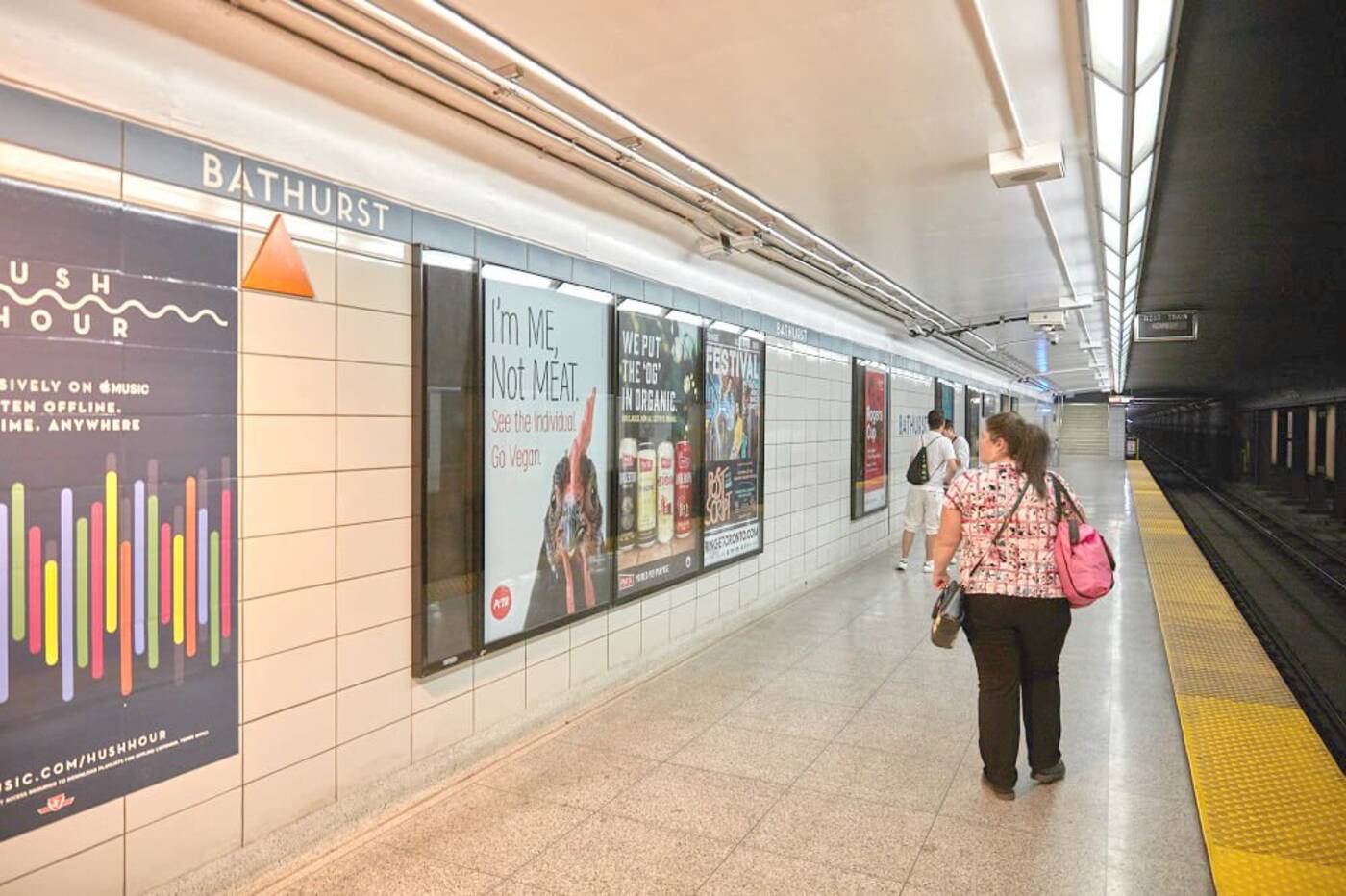 You see, PETA had spoken out against the TTC and its ad sales agency, Pattison Outdoor, earlier this year for allegedly refusing to take its business.

Lawyers representing PETA said that Pattison had been ignoring queries about running pro-vegan ads throughout Toronto's transit system for at least two months, at the time, and criticised the public transit agency for illegally refusing ads that complied with Canadian advertising standards.

TTC spokesperson Brad Ross said in May that the transit agency was never shown these ads and that it was "working to better understand the issue with Pattison." 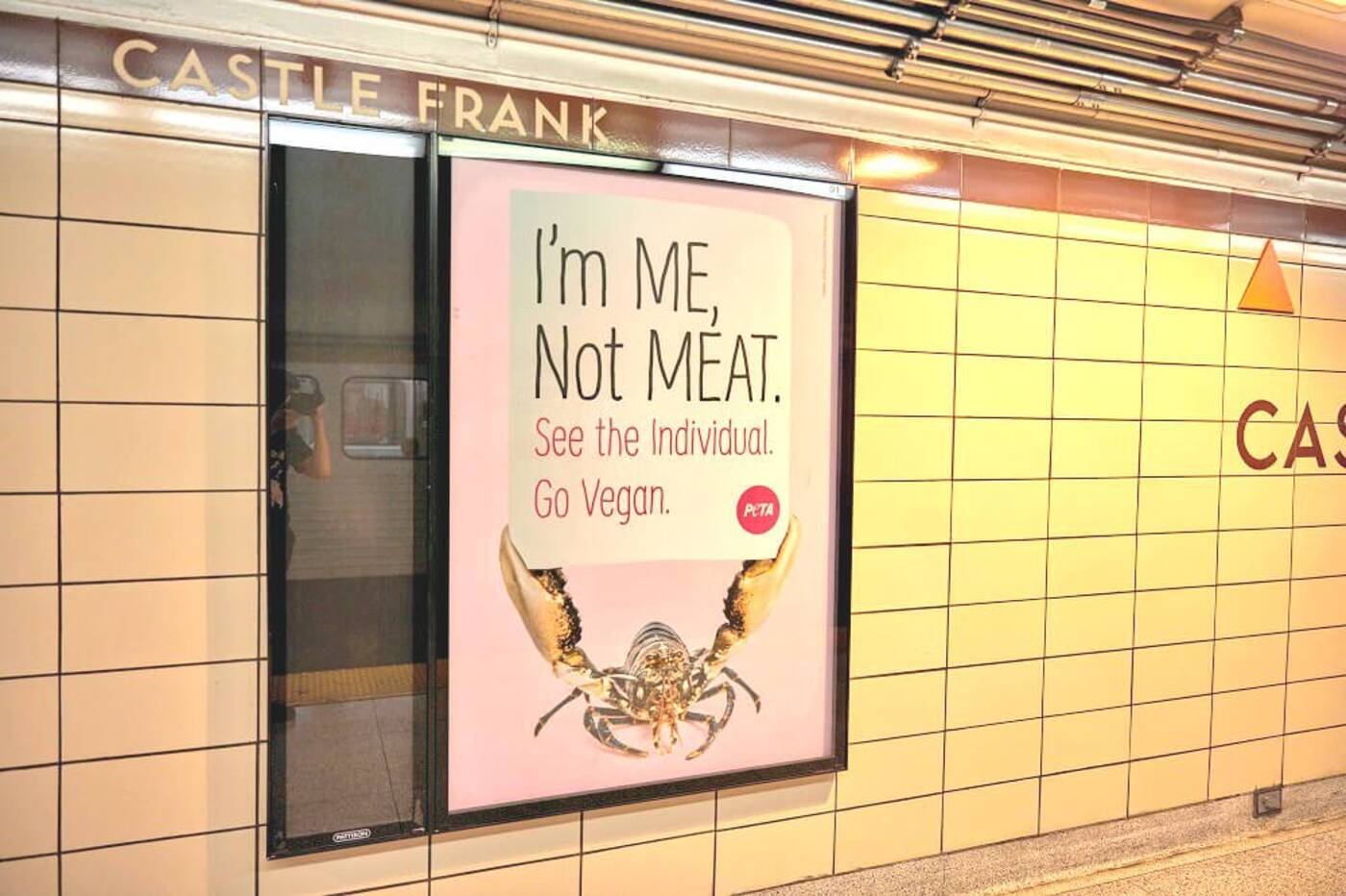 That issue appears to have been resolved, and then some. PETA's pro-vegan ads will remain in 25 TTC stations for the next month, according to the animal rights organization.

"Just like humans, chickens, cows, pigs, and lobsters are made of flesh and blood, feel pain and fear, have unique personalities, and value their own lives," said PETA Director of Campaigns Danielle Katz in a release.

"PETA's ad blitz in Toronto encourages everyone to empathize with animals and choose vegan meals."