PETA goes after the TTC over rejected vegan ads

People for the Ethical Treatment of Animals (PETA) are calling out both the TTC and its ad sales agency, Pattison Outdoor, this week for allegedly refusing to take their business.

"What do Toronto officials have against PETA's freedom of expression to save animals?" reads a blog post on the non-profit organization's website.

"All the ads proposed by PETA comply with Canadian advertising standards, so as a public transit agency, the commission cannot lawfully refuse to display them."

PETA claims TTC not running their ads which, based upon the ads PETA says they wish to run, are protected expression per the Supreme Court ruling 2009 SCC 31. https://t.co/WM5FaXpFYP

Three of the ads in question include the faces of a chicken, a pig and a cow with the words "I'm ME, Not MEAT."

A fourth ad shows a distressed goose wearing a down-filled, Canada Goose-style jacket. "Horrific Animal Abuse: Are You Really Down With That?" it reads. 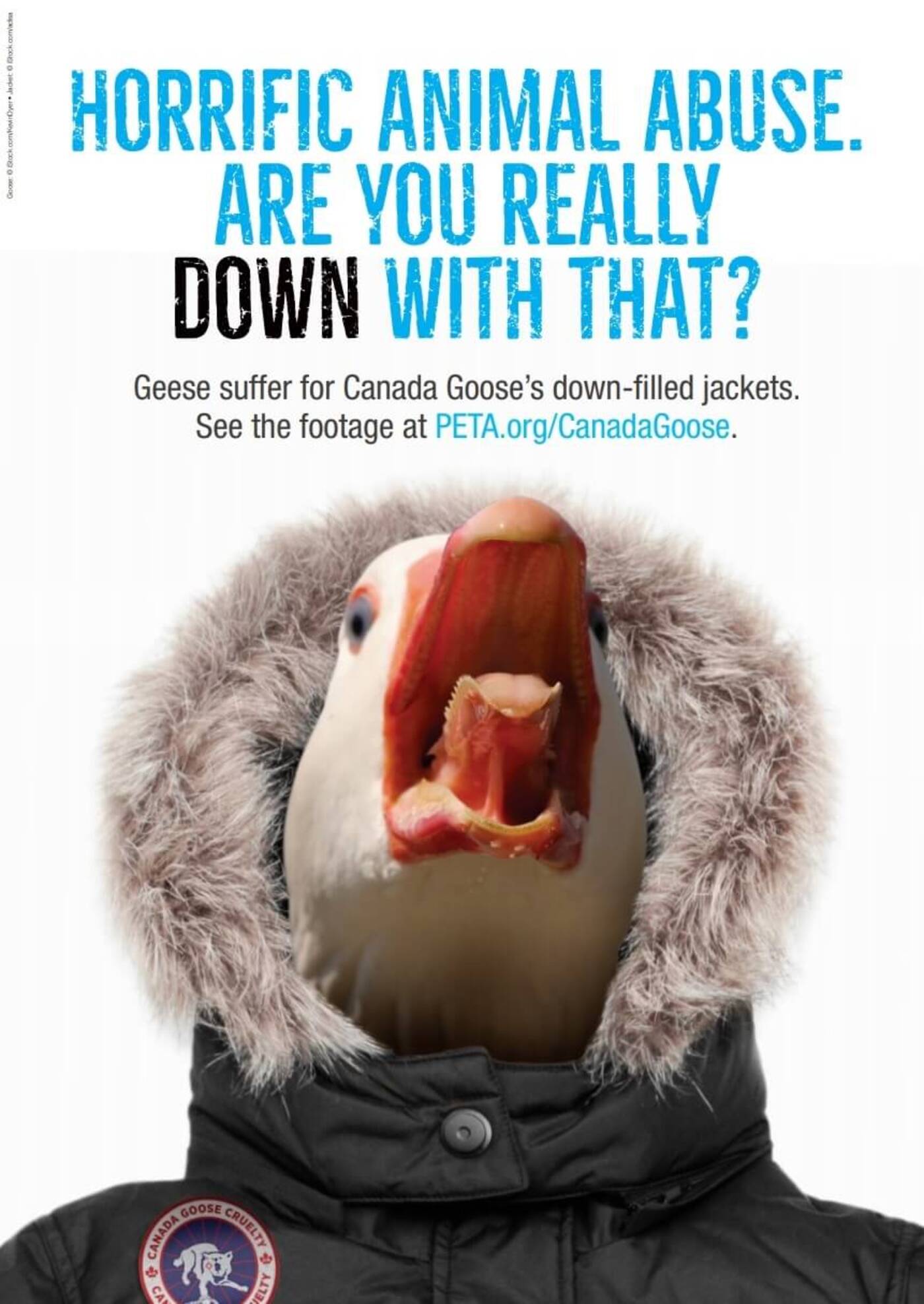 Lawyers representing PETA are demanding an explanation for Pattison's 'longtime refusal' to display ads like this one. Image via PETA.

"There's no excuse for rejecting ads that alert commuters to the agony of chickens whose throats are slit for nuggets and geese who are suffocated for Canada Goose's coats," said PETA Executive Vice President Tracy Reiman in a press release on Wednesday.

"This blanket refusal even to respond to PETA's inquiries violates our right to free expression."

TTC spokesperson Brad Ross said on Friday that the transit agency "has never been presented with a PETA ad to accept or reject."

"Pattison are best to explain their position with respect to PETA," said Ross. "In the meantime, the TTC is working to better understand the issue with Pattison."

This ad, which encourages viewers to go vegan, is one of several that PETA wants to display on Toronto's transit system. Image via PETA.

Pattison, for its part, did not reply to repeated requests for comment.

"Make no mistake — PETA is prepared to take the issue to court if necessary," reads the animal rights organization's blog.

"There are simply no excuses for rejecting ads that alert people to the agony of coyotes who bleed and struggle in traps for Canada Goose’s coats or animals who suffer and die on farms for their flesh."