It seems as though TTC officials are having more trouble than initially anticipated in making cards the standard form of payment on subways, streetcars and buses.

The full conversion to a Presto card-based fare system was just pushed back again, according to a Chief Executive Officer's report set to go before the TTC board next week.

Initially, back in 2015, the agency had promised to stop accepting "old" forms of payment — such as Metropasses, tickets and tokens — by mid 2017. 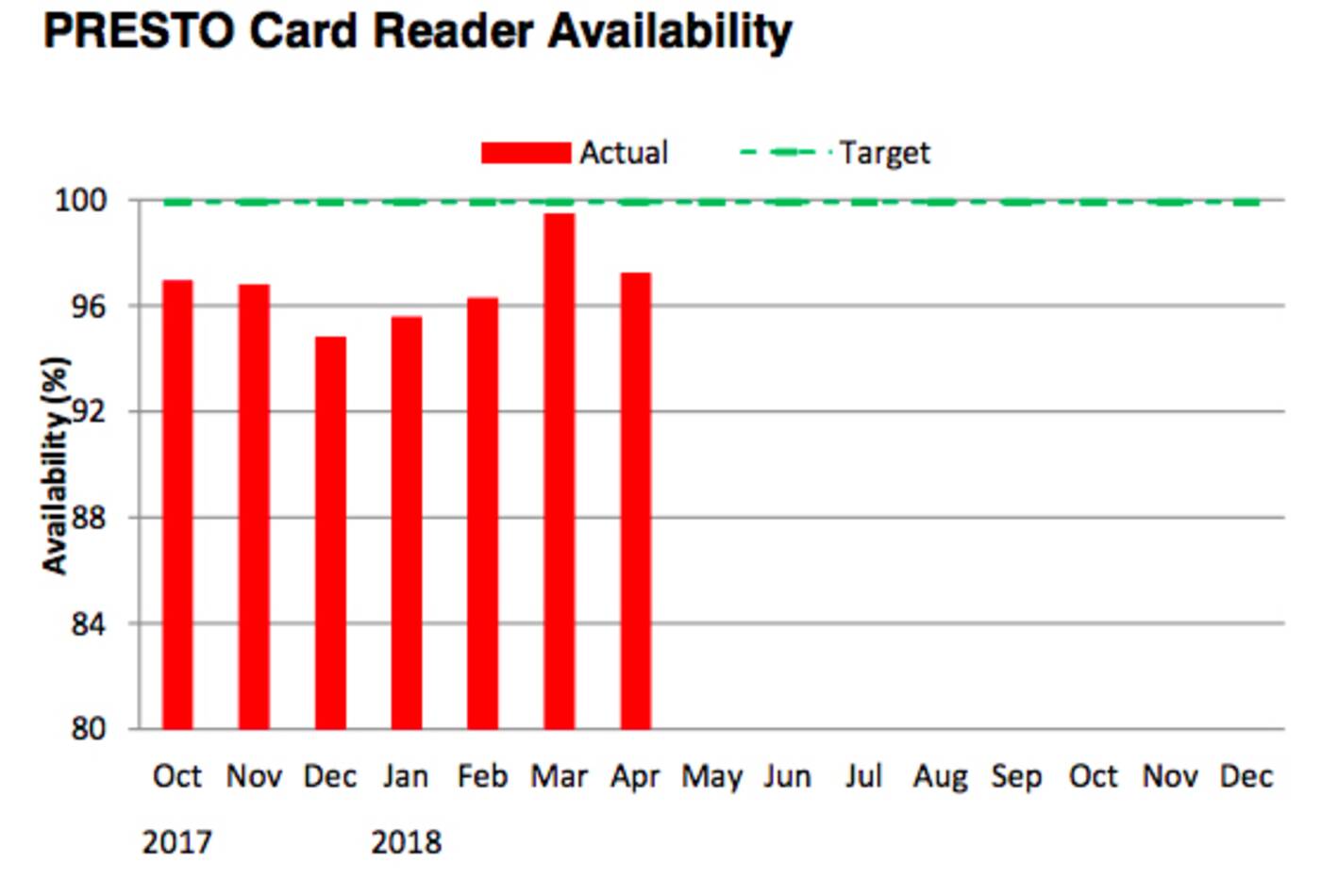 The TTC has yet to reach its target for the number of working Presto card reader machines available throughout the system, but at 97.2 per cent availability as of April, it's getting closer. Image via Toronto Transit Commission.

That deadline has been pushed back several times since, thanks to many, many problems with the installation and functioning of Presto card reader machines at TTC stations and vehicles.

Now, according to revised timeline from acting CEO Rick Leary, the TTC won't mandate the use of Presto cards until the end of 2019.

This is great news for people with a treasure trove of tokens at home, but it represents a very expensive headache for the City of Toronto.

As the Toronto Star points out, the transit agency must essentially pay for the operation of two different fare collection systems at once until Presto can be implemented in full.