Have you ever wondered what Toronto's transit system would look like if every new line that's ever been approved had actually been built?

A local urban planning buff who goes by the handle JSF-1 on Reddit shared a TTC fantasy map this week that purports to include "almost al the lines that are planned, and were never built."

So, what exactly is going on here?

JSF-1 was kind enough to answer lots of questions in the Reddit thread about his map what it represents.

Lines 1,2,3,6,7 and 11 were all planned as subway lines — and some of them do exist, at least in part, most notably the Yonge-University, Bloor-Danforth and Sheppard Lines.

The beautiful Don Mills-Queen Line and Bloor-Danforth-Queen Line seen on JSF-1's map are still but a dream for the commuters of this city. Try as they might, the city has never quite been able to make a Queen Subway Line happen.

Plans for number 10, the Scarborough-Malvern Line, were famously scrapped by former Mayor Rob Ford in 2010, but later revived as the yet-to-be-built (or funded) Eglinton East. 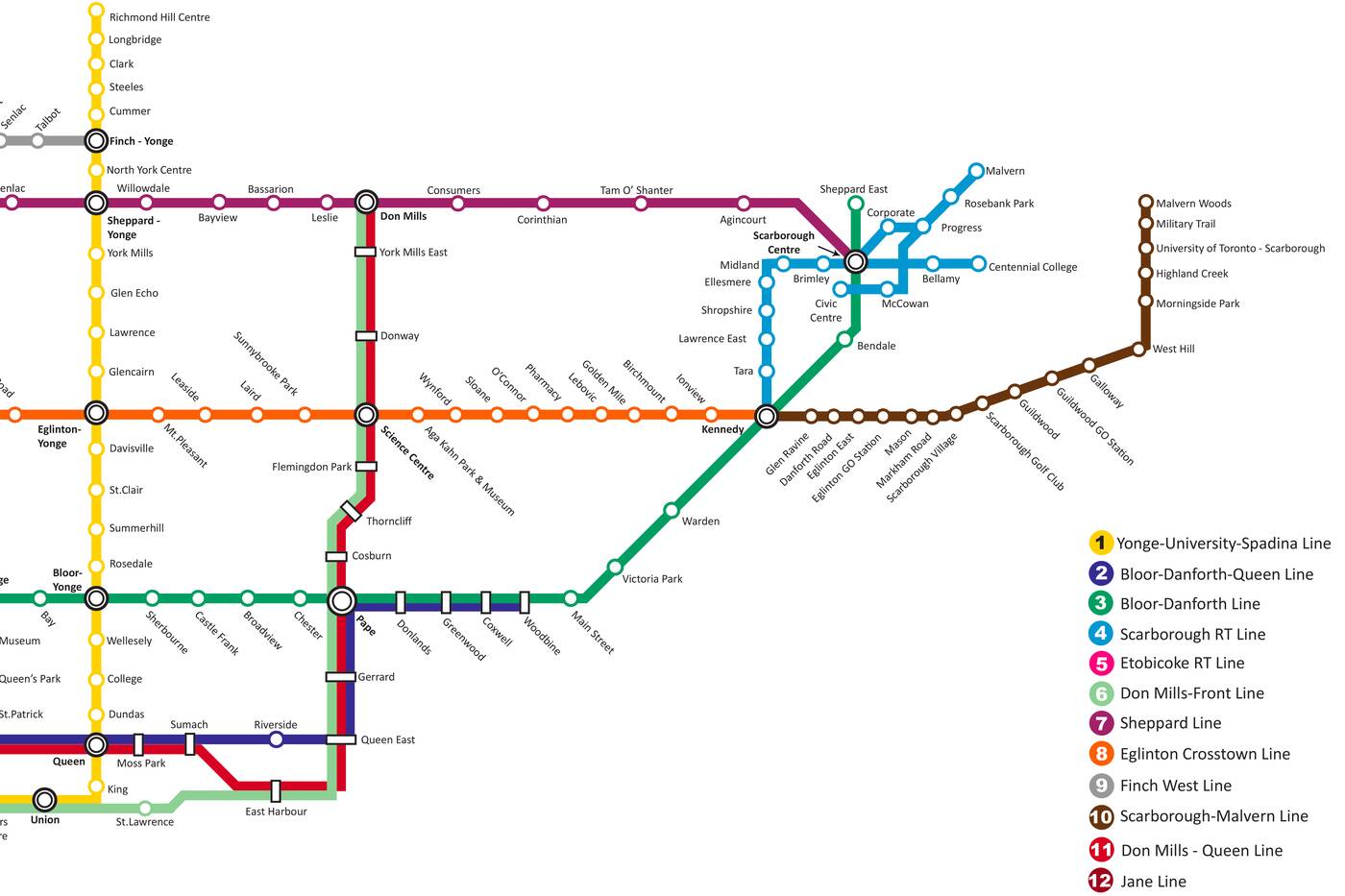 "What in the f--k is happening at Scarborough Centre Station?" asked one Redditor, referring to the unrecognizable jumble of blue at the far right of JSF-1's map.

"The original plan for the SRT in the 70's/80's was actually an LRT and a few alignments were proposed for the line," wrote the designer. "Obviously in the end only 1 alignment would be (and was) chosen."

The entire thread, and in fact most everything that JSF-1 has posted is quite educational, and fascinating if you're into urban planning and transit.

Apparently the idea of a running a subway under Queen Street dates back all the way to 1910. That's 108 years we've had to build what could serve as a major downtown relief line — and, as this map shows, it's still the stuff of fantasy.