Help is on the way for Toronto's overused downtown transit routes in the form of a new subway line running below Carlaw Avenue.

I know you've heard that before. And I know the relief line is still more than a decade away. That doesn't make it any less exciting to get new details about the massive subway expansion though, does it?

As Urban Toronto reports, the TTC has formally released an RFP (Request for Proposal) this week to find a consultant for the tunnel design of its Relief Line South, which will run between Queen and Pape according to the most-current plans. 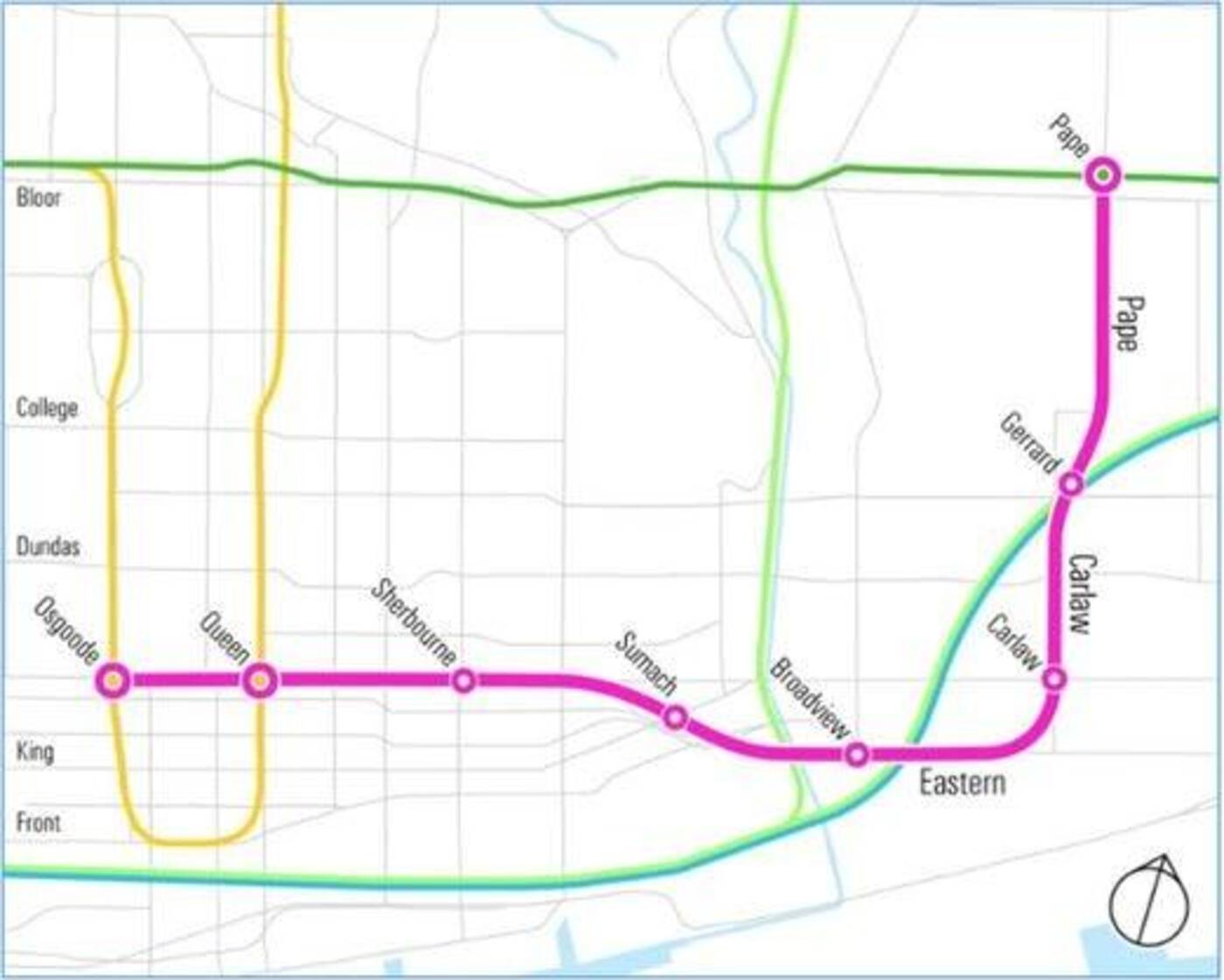 The approved alignment of the Relief Line South as indicated in pink. Image via the City of Toronto.

Whoever wins the contract will be tasked with completing a concept design report, preliminary design and engineering for the southern relief line's tunnels and associated facilities, a cost estimate, and a project delivery schedule, "to 30% design completion."

"It is expected that there will be five new Stations and modifications to three existing Stations (Pape, Queen and Osgoode Stations)," reads the TTC document, "as well as several associated facilities, to be developed to the preliminary design stage, under a separate Stations Contract."

This includes, but is not limited to Gerrard Station, Carlaw Station, Broadview Station, Sumach Station, and Sherbourne Station.

#TTC issued an RFP this week for relief line design and engineering. Plans look quite good to get many people off the suffocating Danforth line in the east. Optimistically projected for 2031. #TOPoli #KingStreetPilot https://t.co/SULGa018Vn

What's exciting here is not the idea of consultants competing for a TTC contract, but the fact that Toronto is finally moving forward with its relief line plans in a big and concrete way.

The RFP for the Relief Line South design work is scheduled to close next month, on Dec. 15. It's likely that the winning firm will then be announced and, hopefully, will begin working on the project.

As it stands, construction on the line is tentatively scheduled to begin in 2025 with an estimated completion date sometime in 2031. That's way too optimistic of a timeline, but the sooner the design is complete, the sooner the project can break ground.