Have you seen a giant penis in the parking lot of Women's College Hospital? You're not alone.

The Toronto Sun reported today that both doctors and patients have "noticed on their Google Maps phone app, what appears to be a phallic shaped island" in the hospital's parking lot near Grenville St. and Surrey Pl.

What these people actually saw was a long, oval-shaped parking island with a widened base at one end - not atypical for a hospital cab stand, but kind of funny given where it is, pointing directly at giant sign that says "WOMEN." 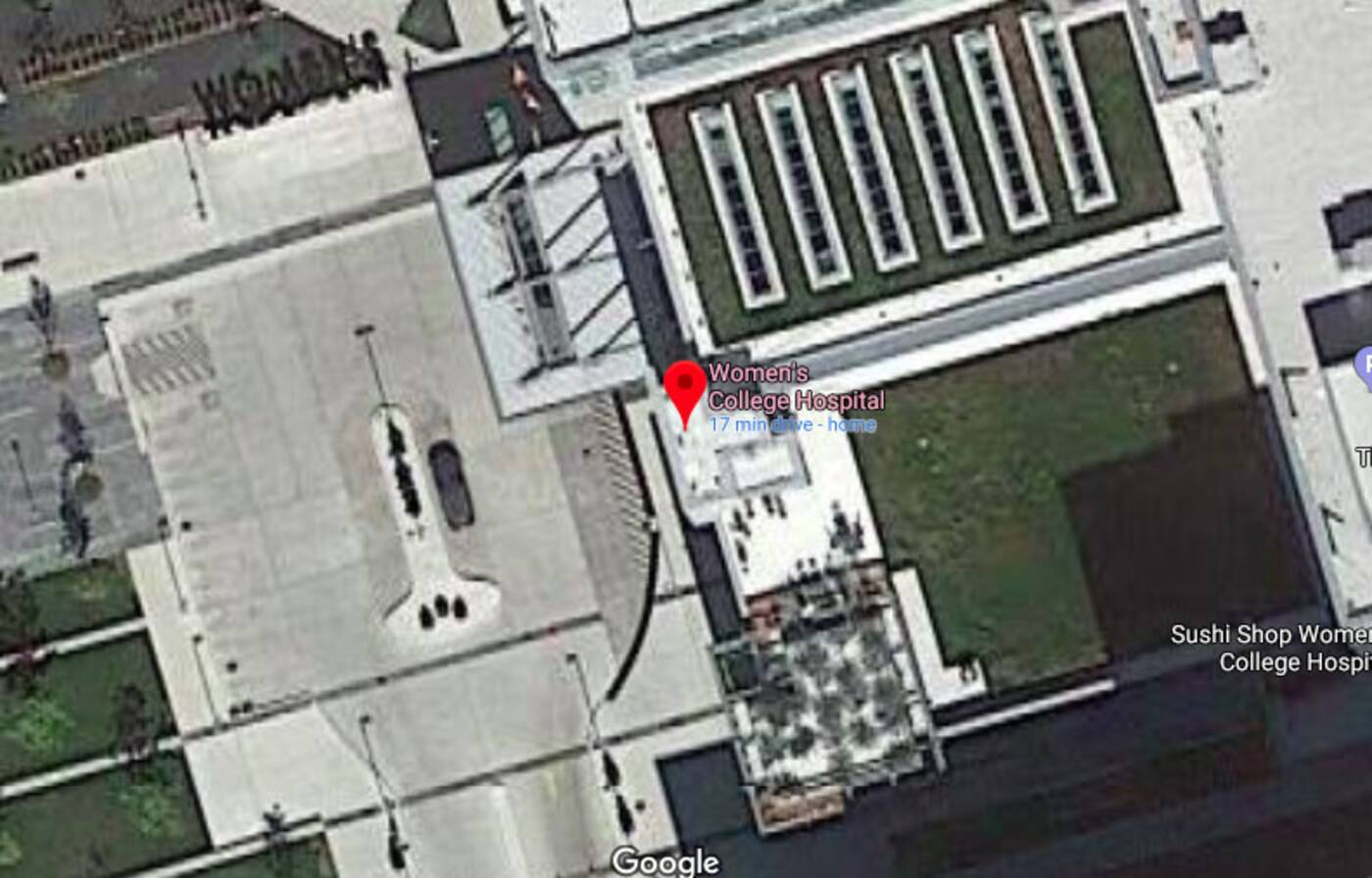 It is highly unlikely that Women's College Hospital – a leading ambulatory care and teaching hospital recognized by the World Health Organization – will do anything based on these reports.

The phallic shape can only be seen from above, after all, and it doesn't really look that much like human genitals – unlike the TTC's now-legendary penis-shaped map at Downsview Station.

Come on, you knew I was going there.

The parking island at Women's College Hospital may get a few snickers today, but the TTC's boner of a map will live on in the hearts of Torontonians forever.

Downsview Park dick map: A Part of Our Heritage.