House of the week: 3 Ardmore Road

Toronto's chock full of modern, box-style homes, but this Forest Hill residence takes the style further than most. With extensive marble flooring, plenty of huge open rooms, and a slick minimalist vibe throughout, this one caters to lovers of contemporary architecture. 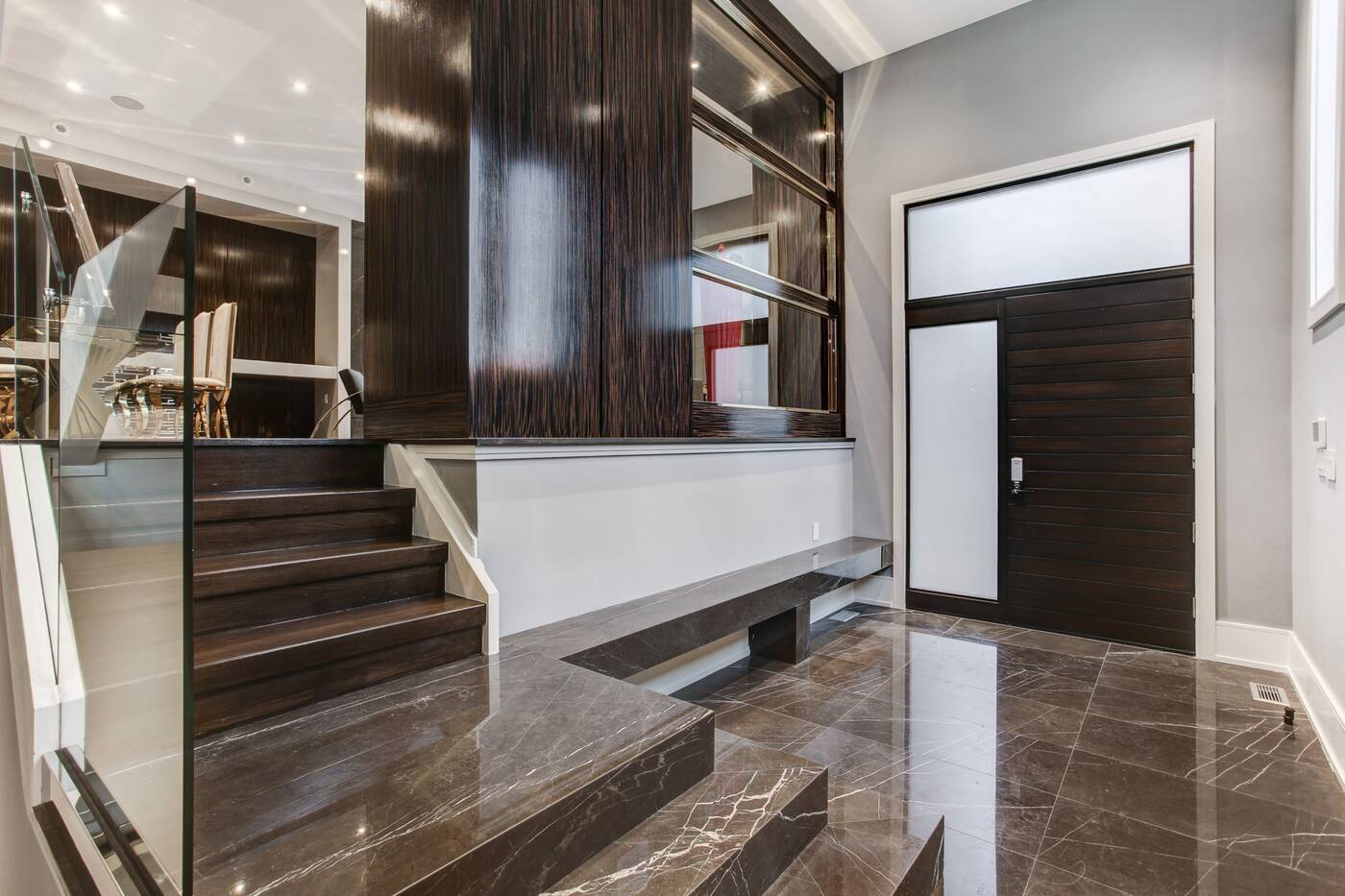 Designed by Lorne Rose, it's a standout house with a prominent location next to Spadina Rd., which ensures that lots of people will see it driving by. For my money, it looks best at night when the interior lights confer a sense of warmth that doesn't quite come across during the day. 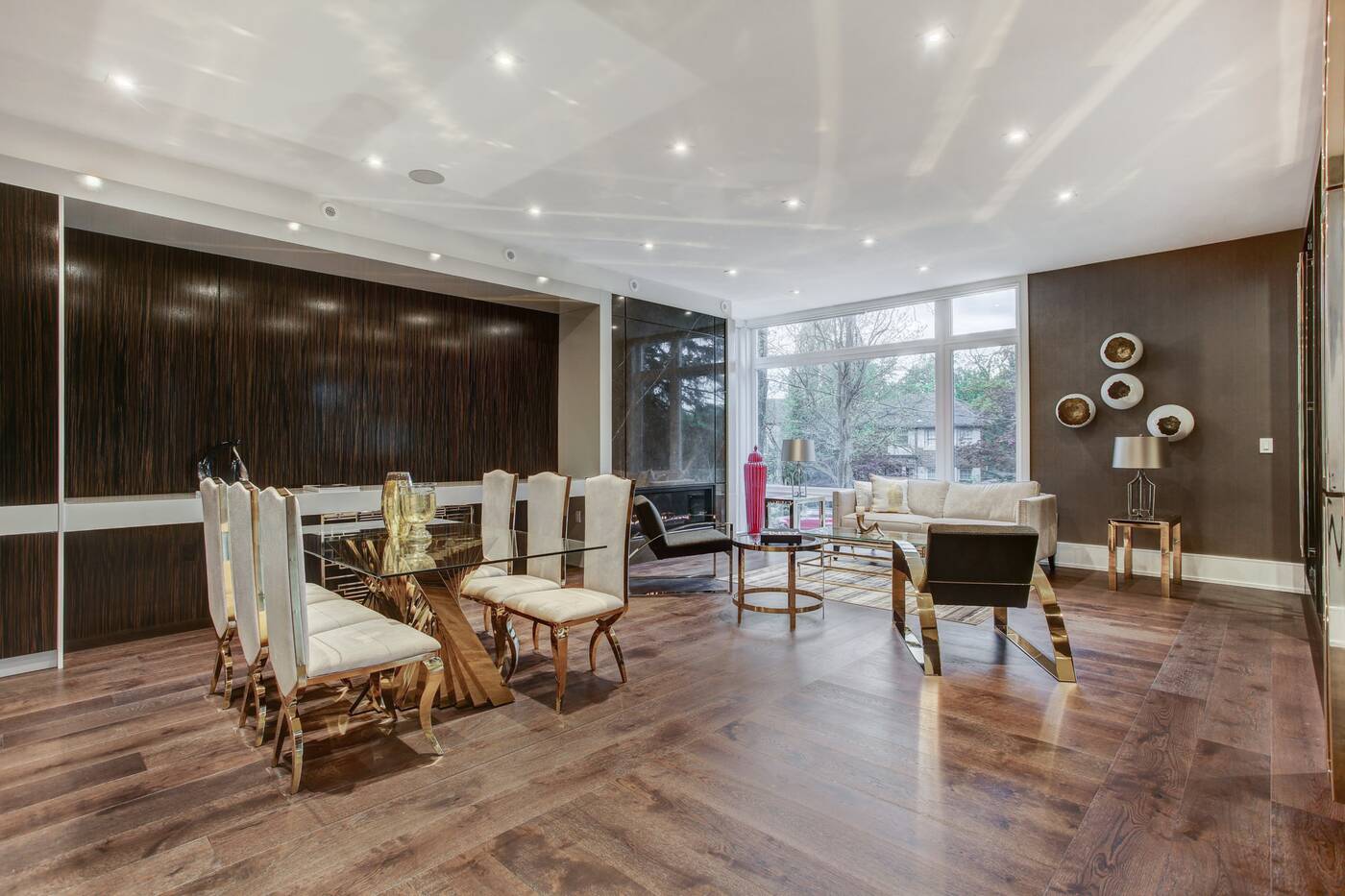 I'm not a huge fan of the staging here, but it's easy enough to imagine the space with different decor. What's so delightful about the interior is the sprawling nature of the first floor, which is basically divided into two large areas that hold the living, dining, family room and kitchen. 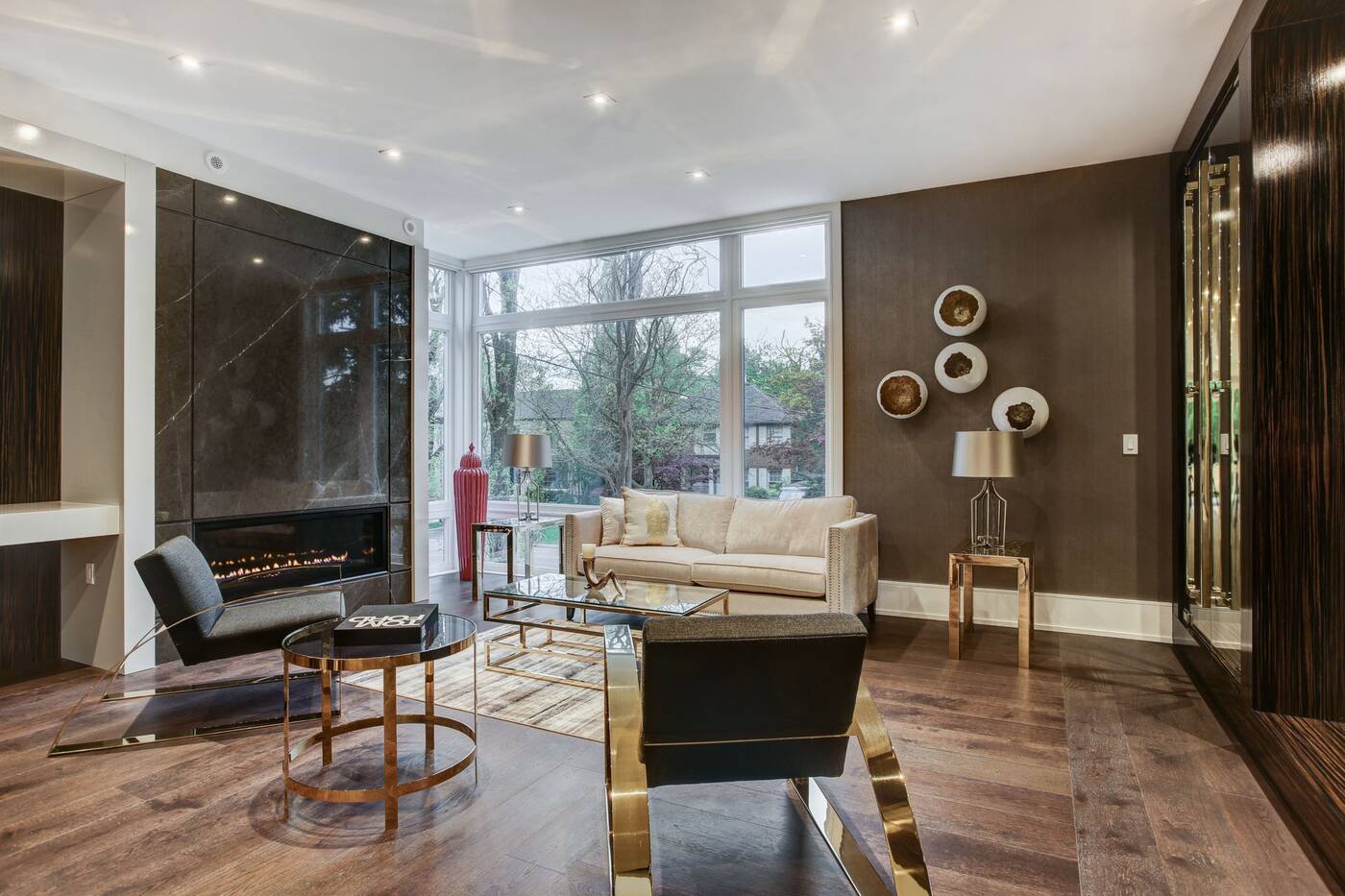 Upstairs, each of the bedrooms come outfitted with an en suite, a design trait I'm a big fan of. Built in shelving and desk features are also a nice touch. While there's four bedrooms up here, none of them feels confined, which is a testament to the architect. 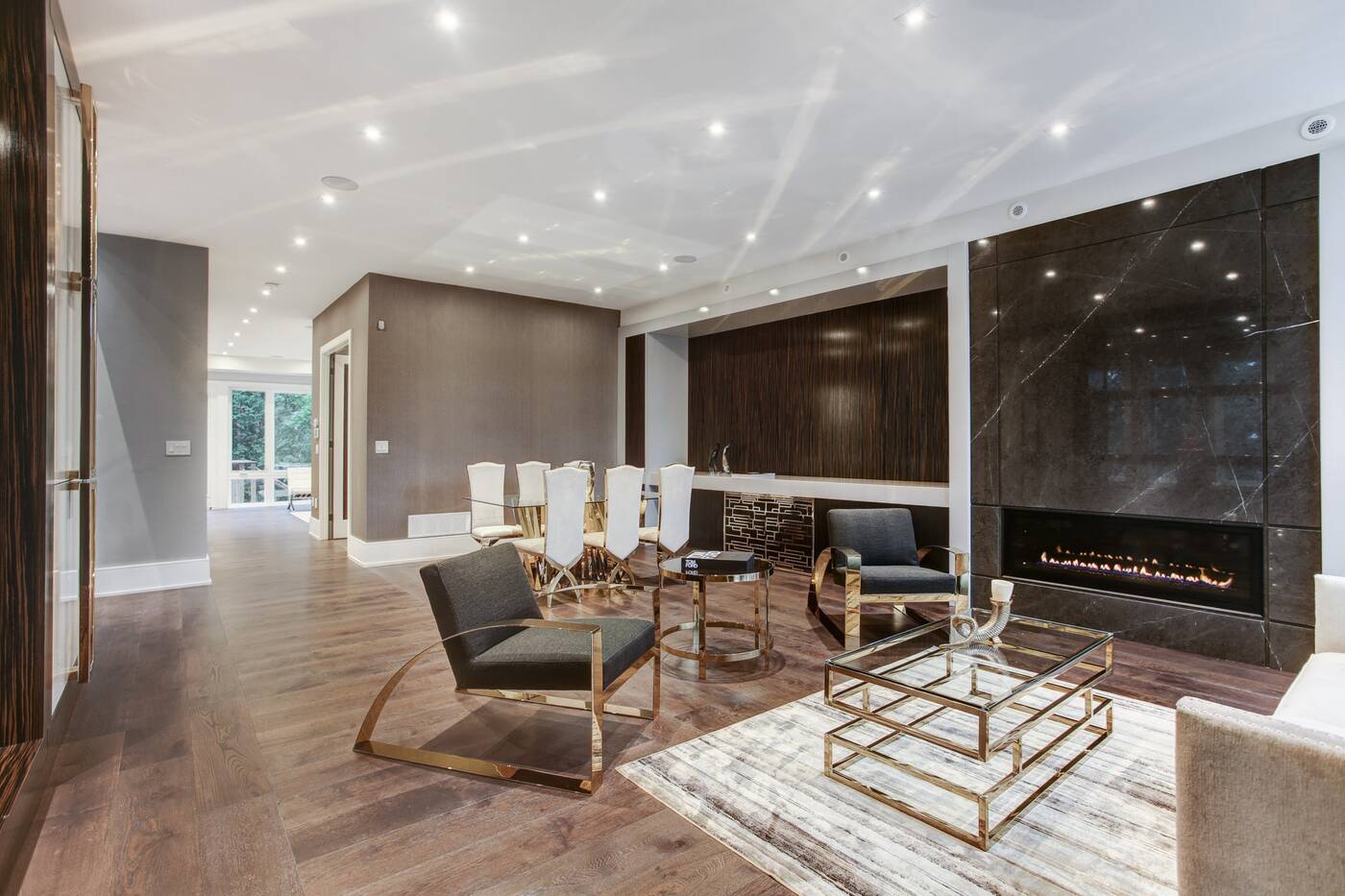 It'd be nice to see more done with the basement when this house sells. Right now it's a bit of an after thought, but there's plenty of space to set up a second TV-watching area that's a bit less fussy than the one upstairs. 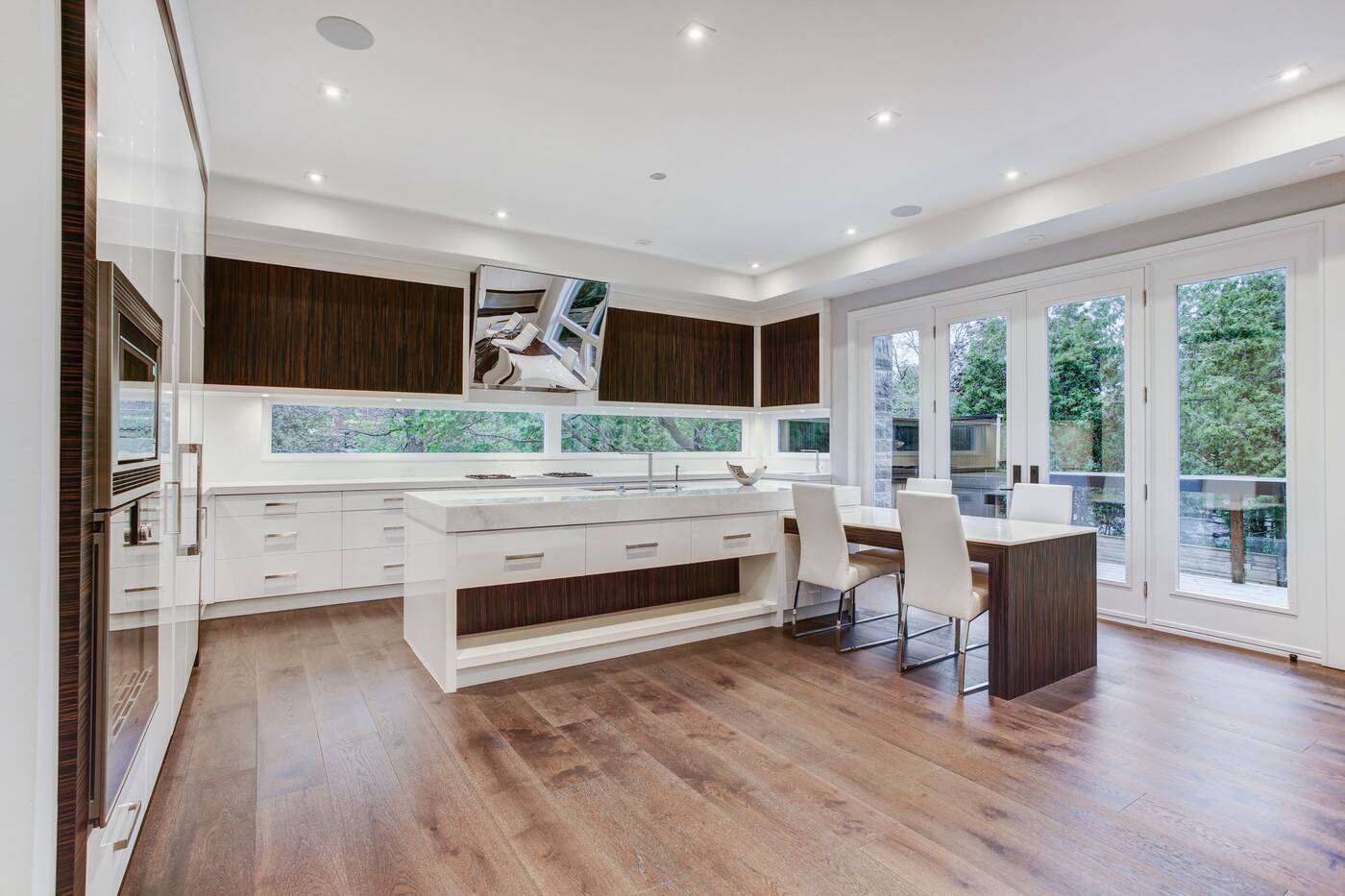 Heading outside, the yard is narrow and runs adjacent to Spadina, but the back deck is enormous and there's plenty of privacy thanks to the mature trees that surround the lot. 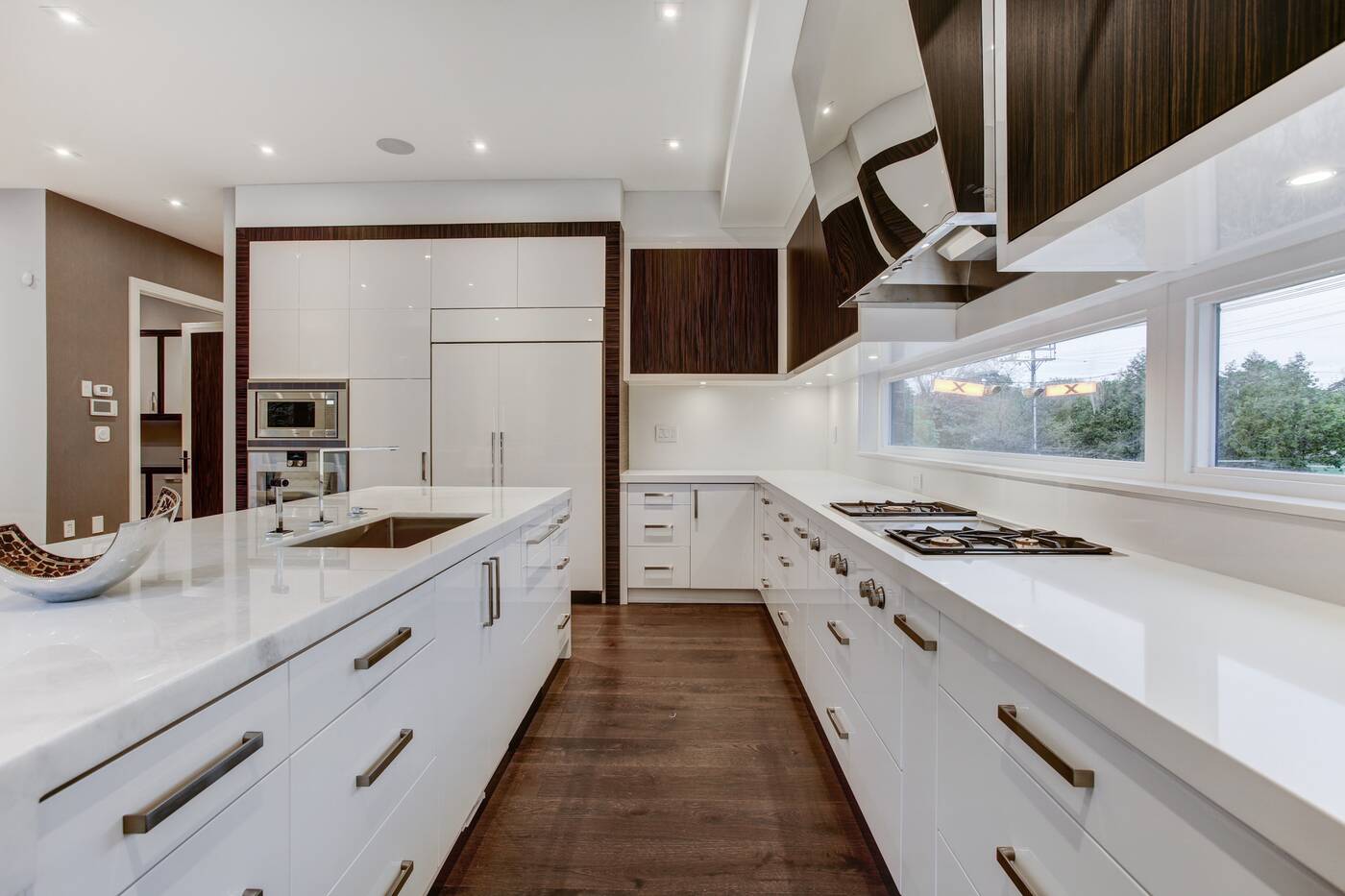 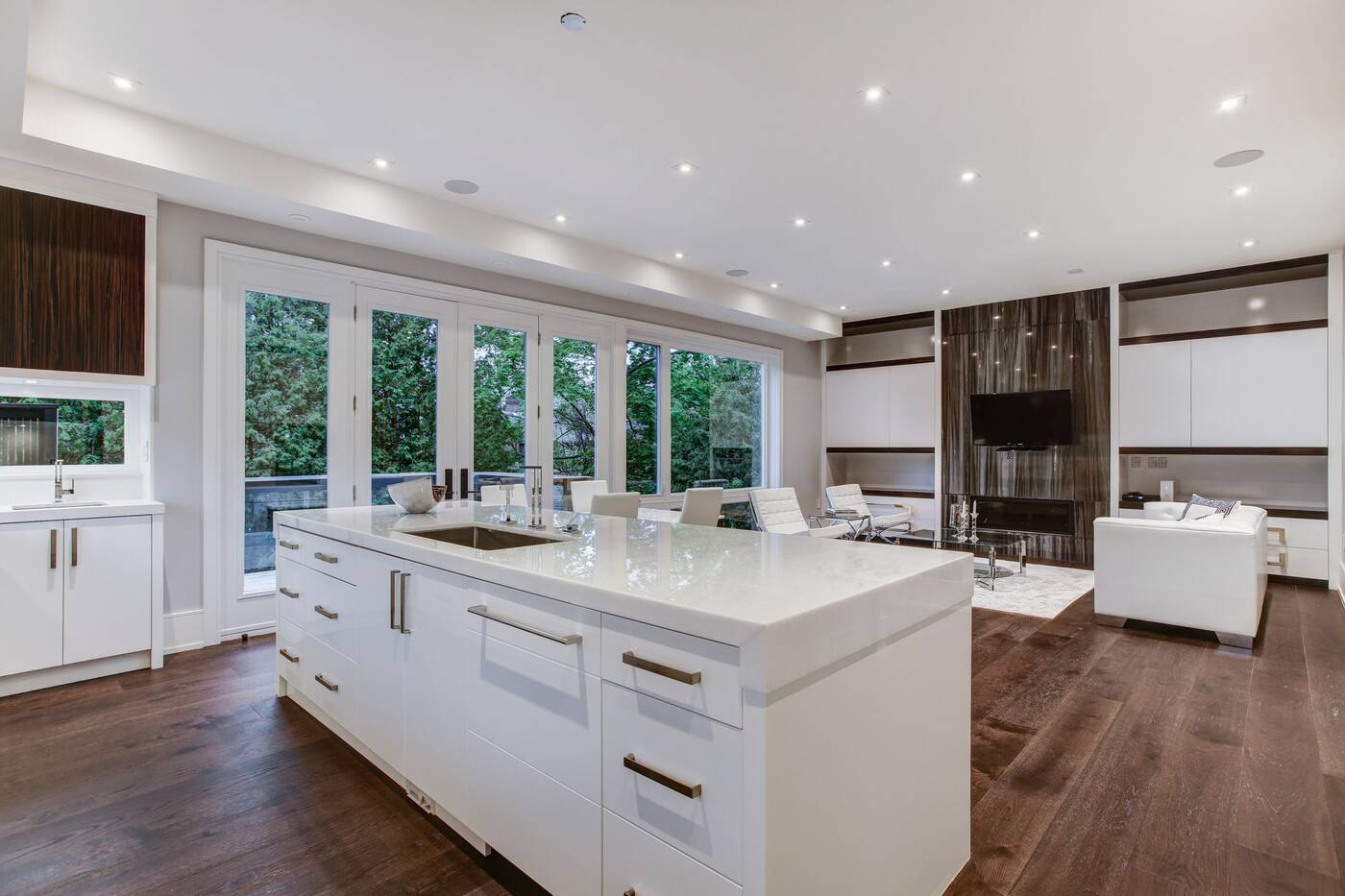 Fans of marble and huge open rooms. Despite a few fireplaces, you wouldn't call this one cozy, but it sure makes a statement. As realtor's love to say, it's an entertainer's dream. 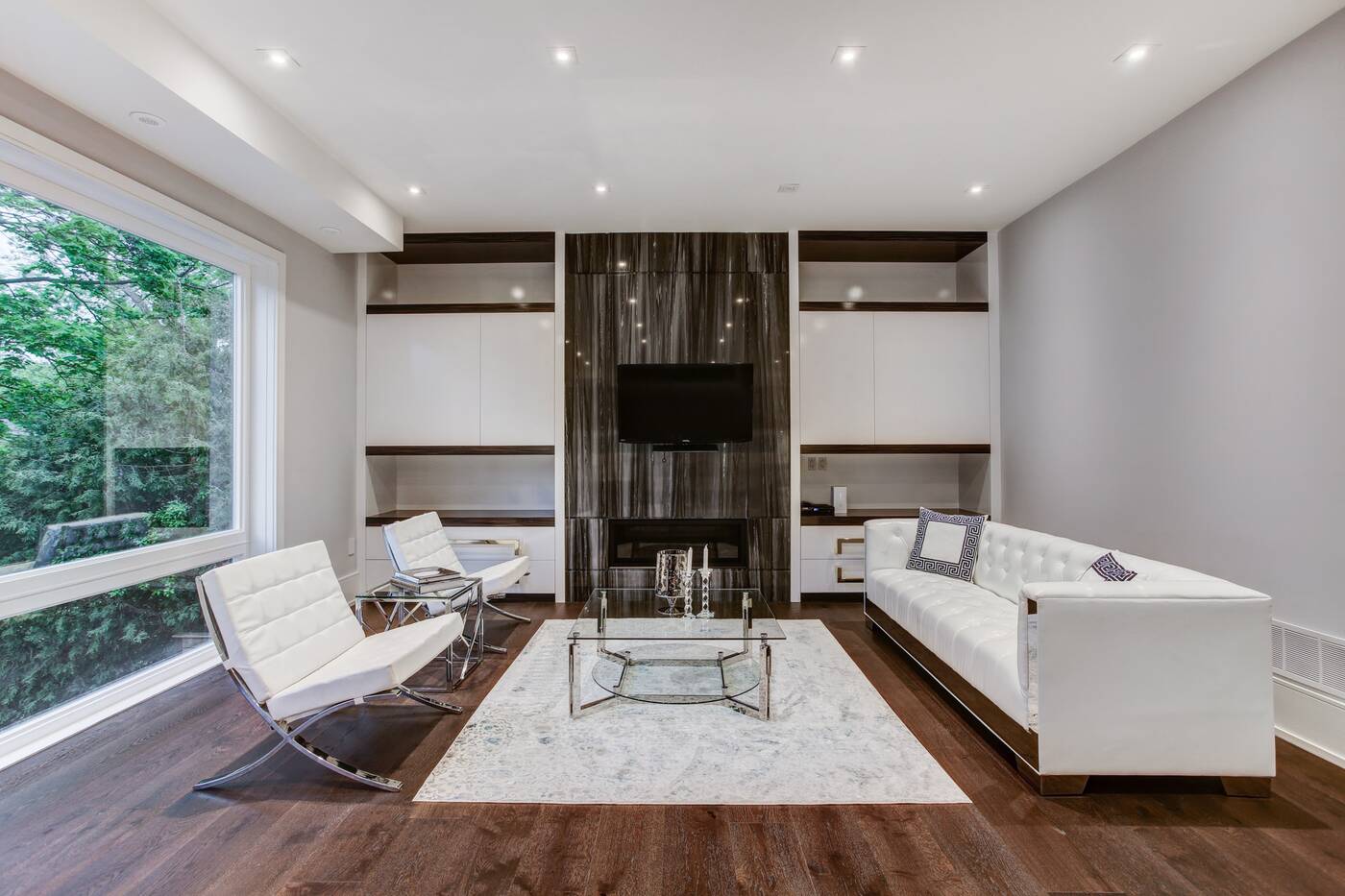 You prefer a more traditional home. There aren't many Toronto houses that flaunt their contemporary status more than this one, so I can imagine that a few prospective buyers will think it's just too much. 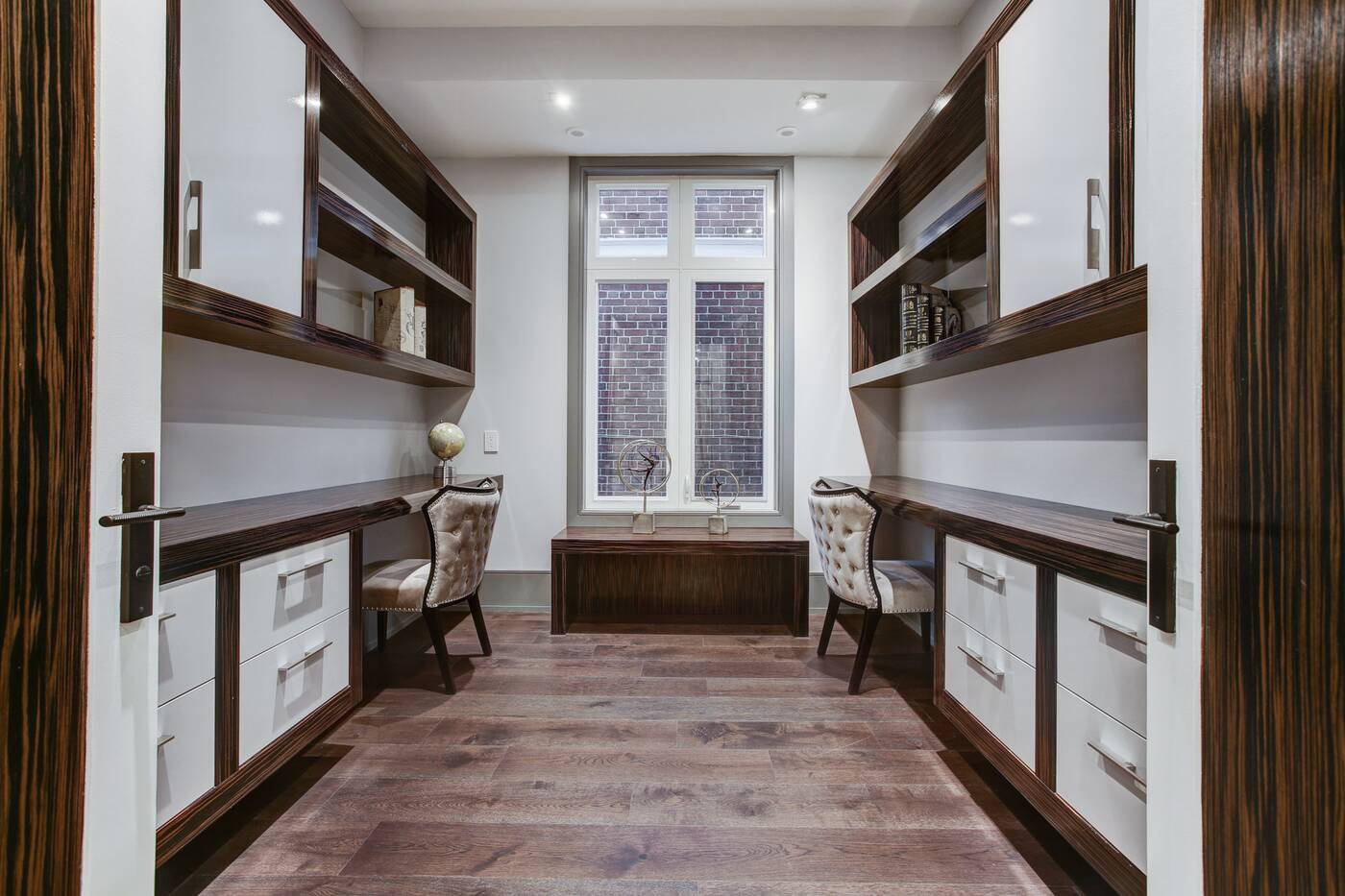 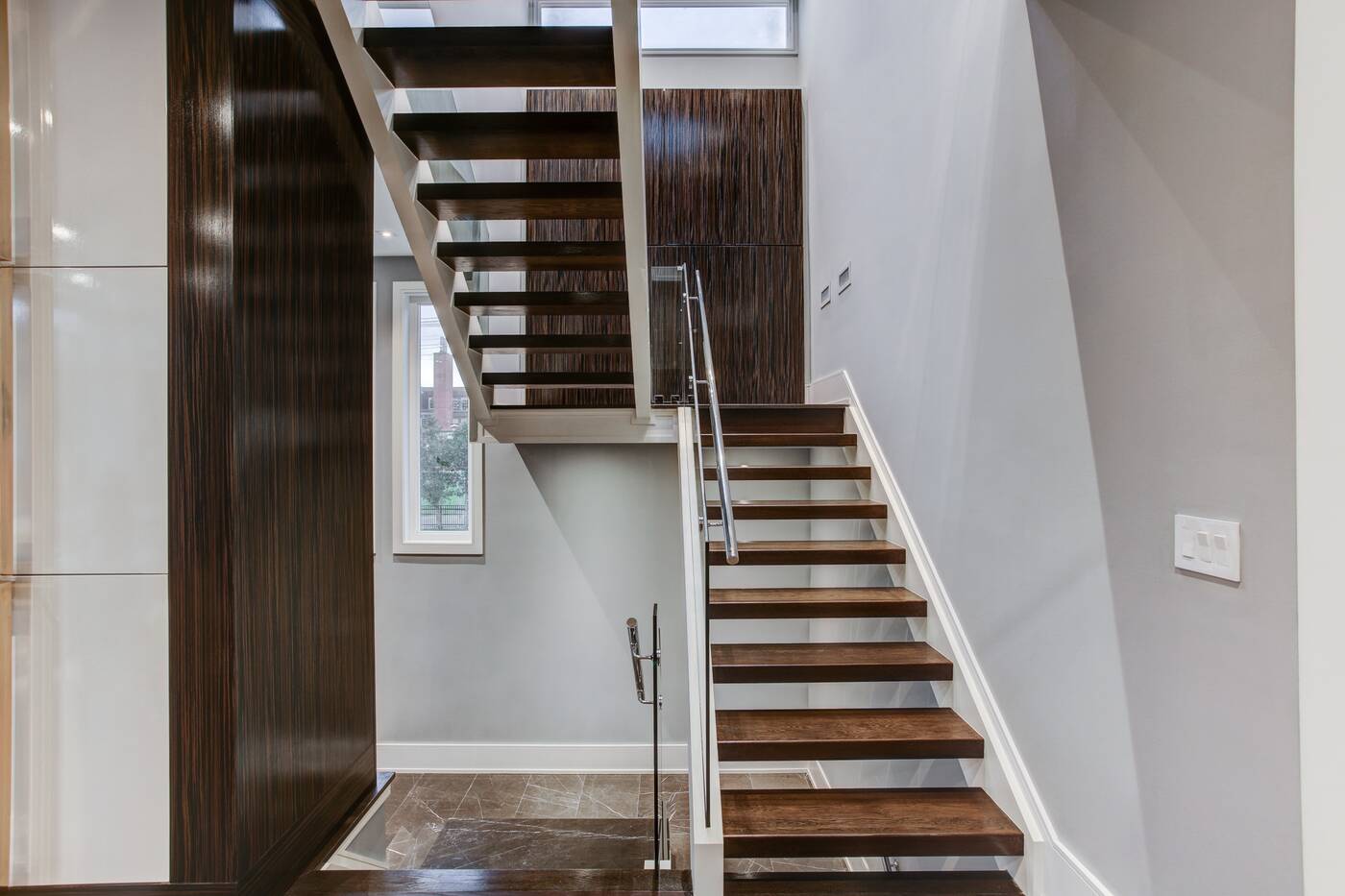 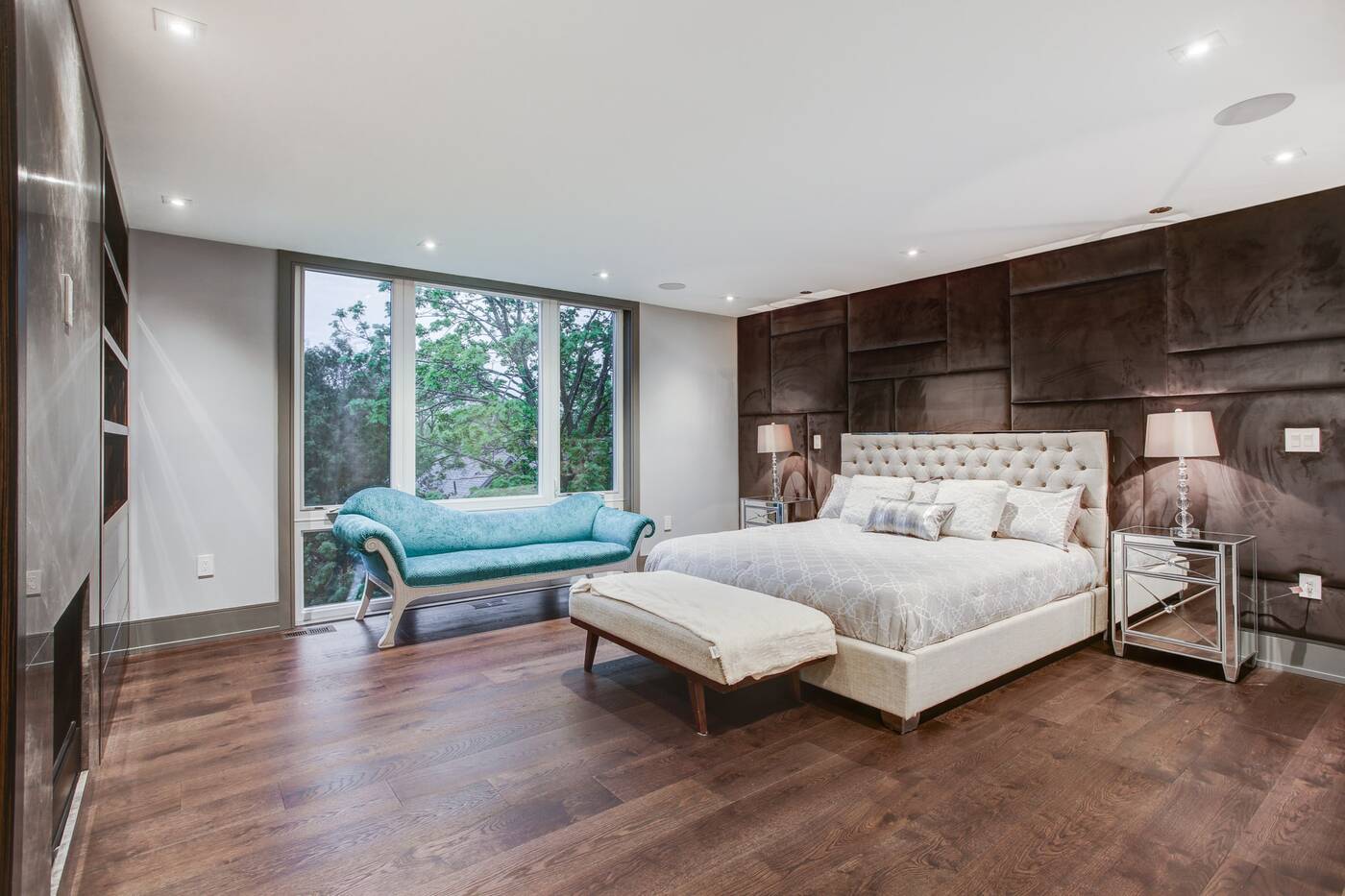 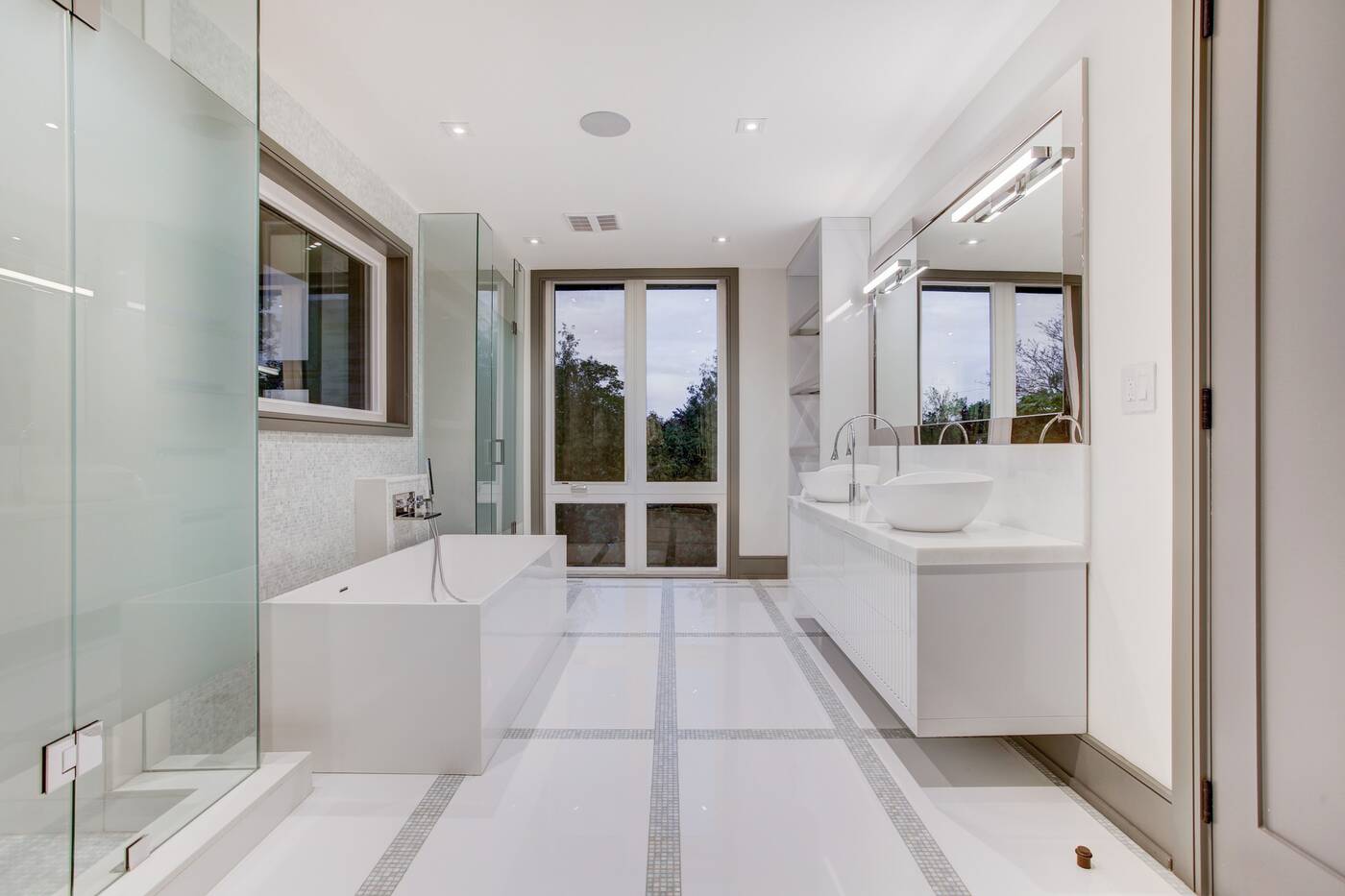 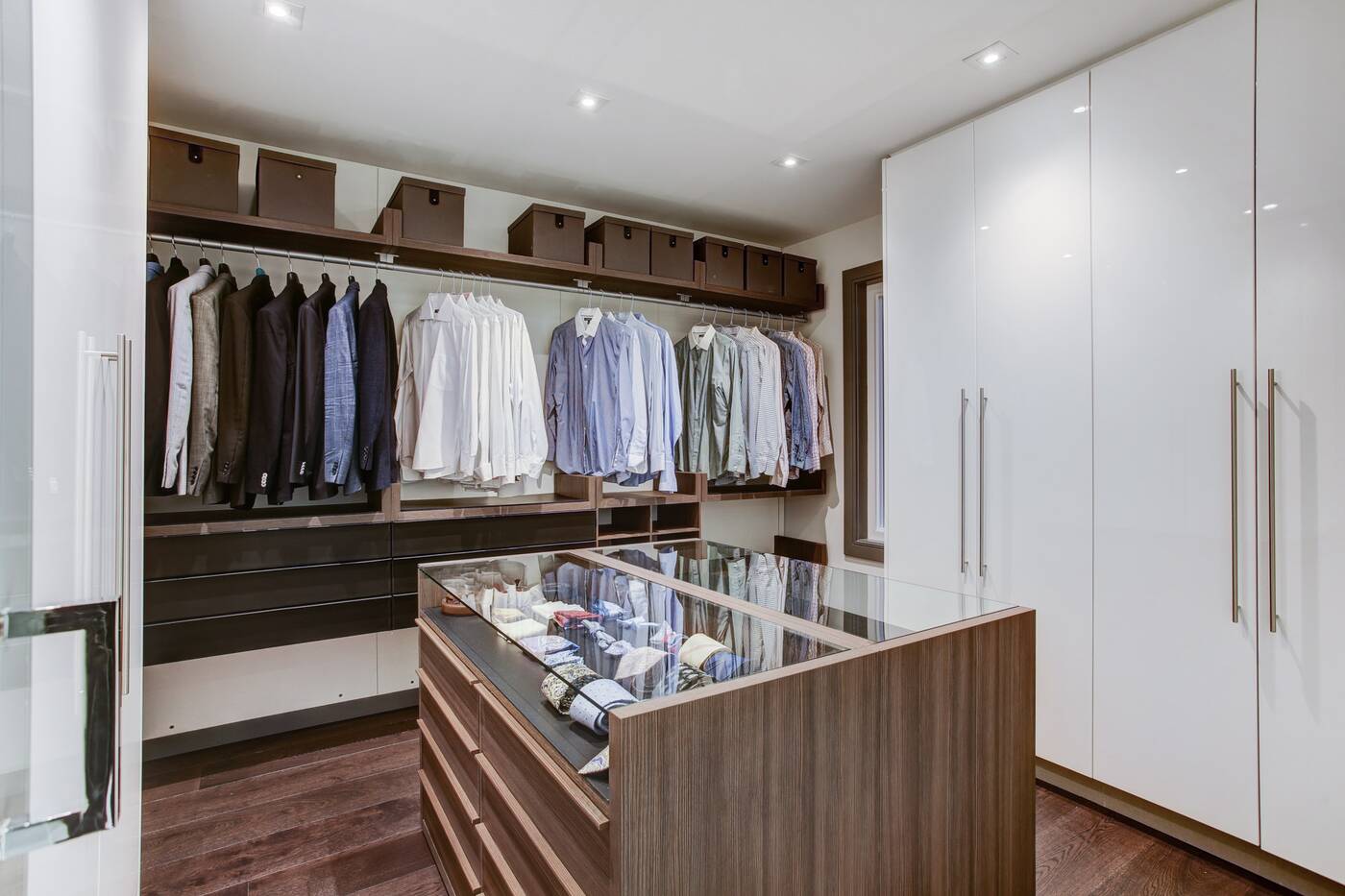 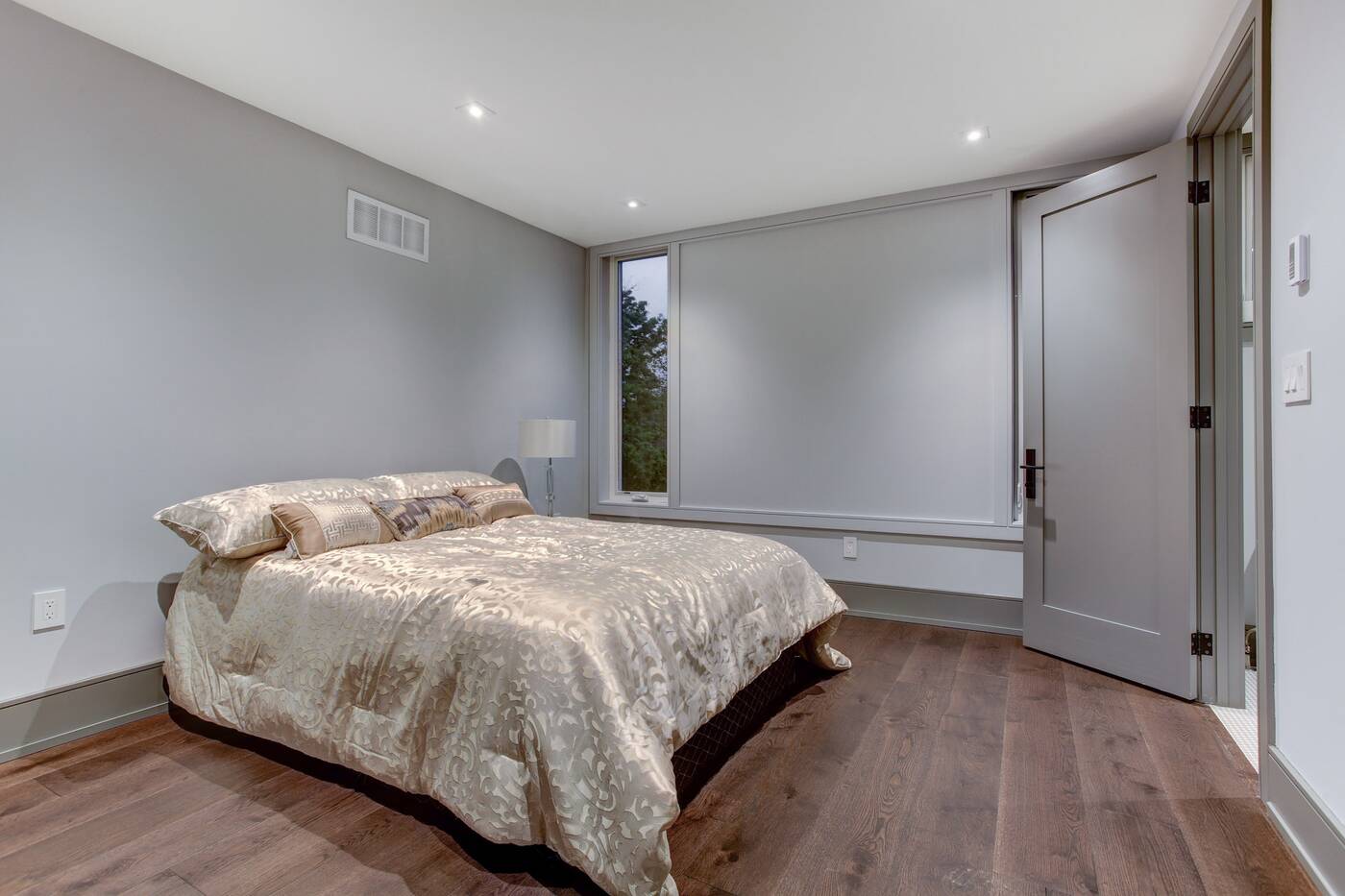 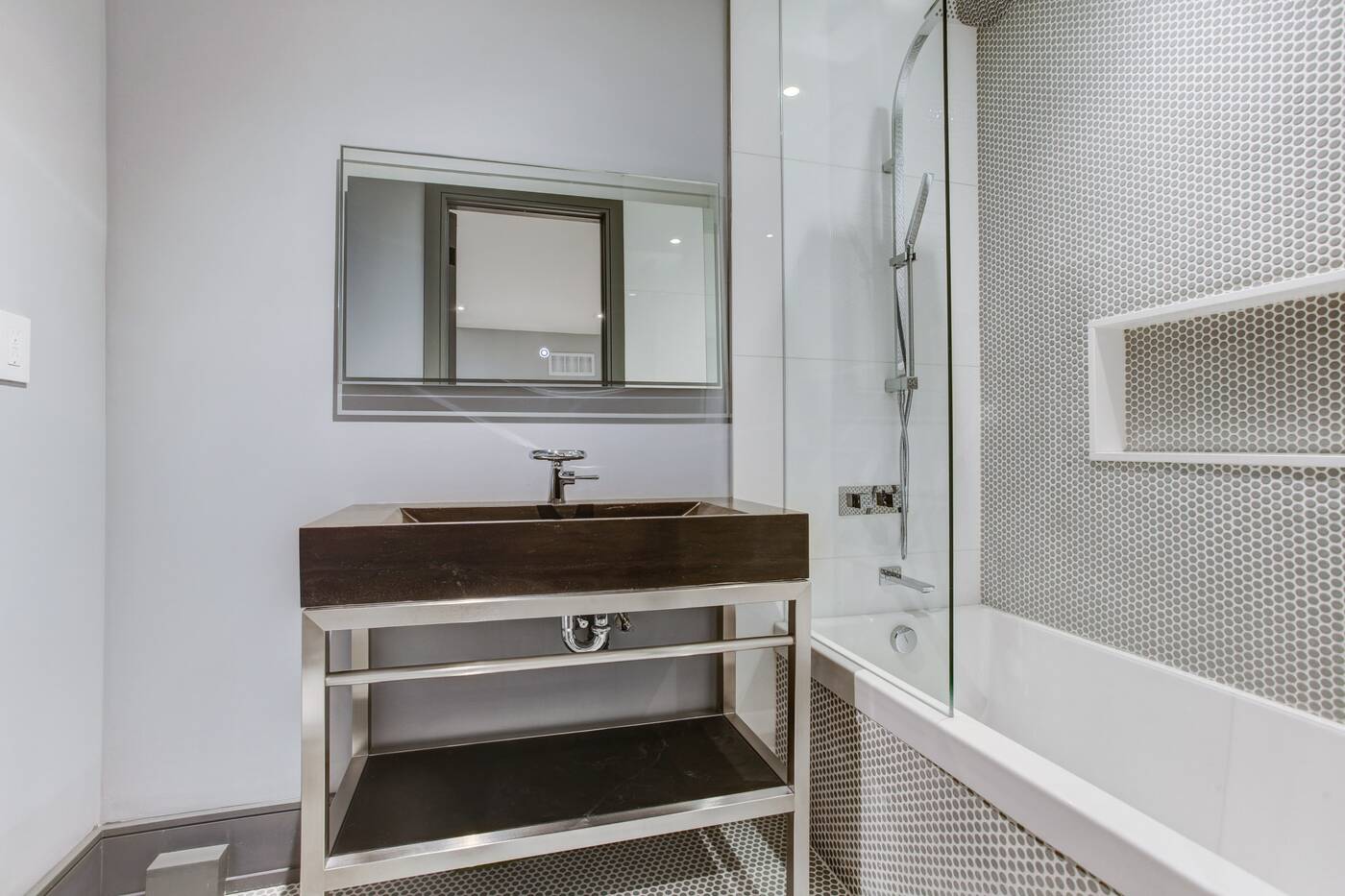 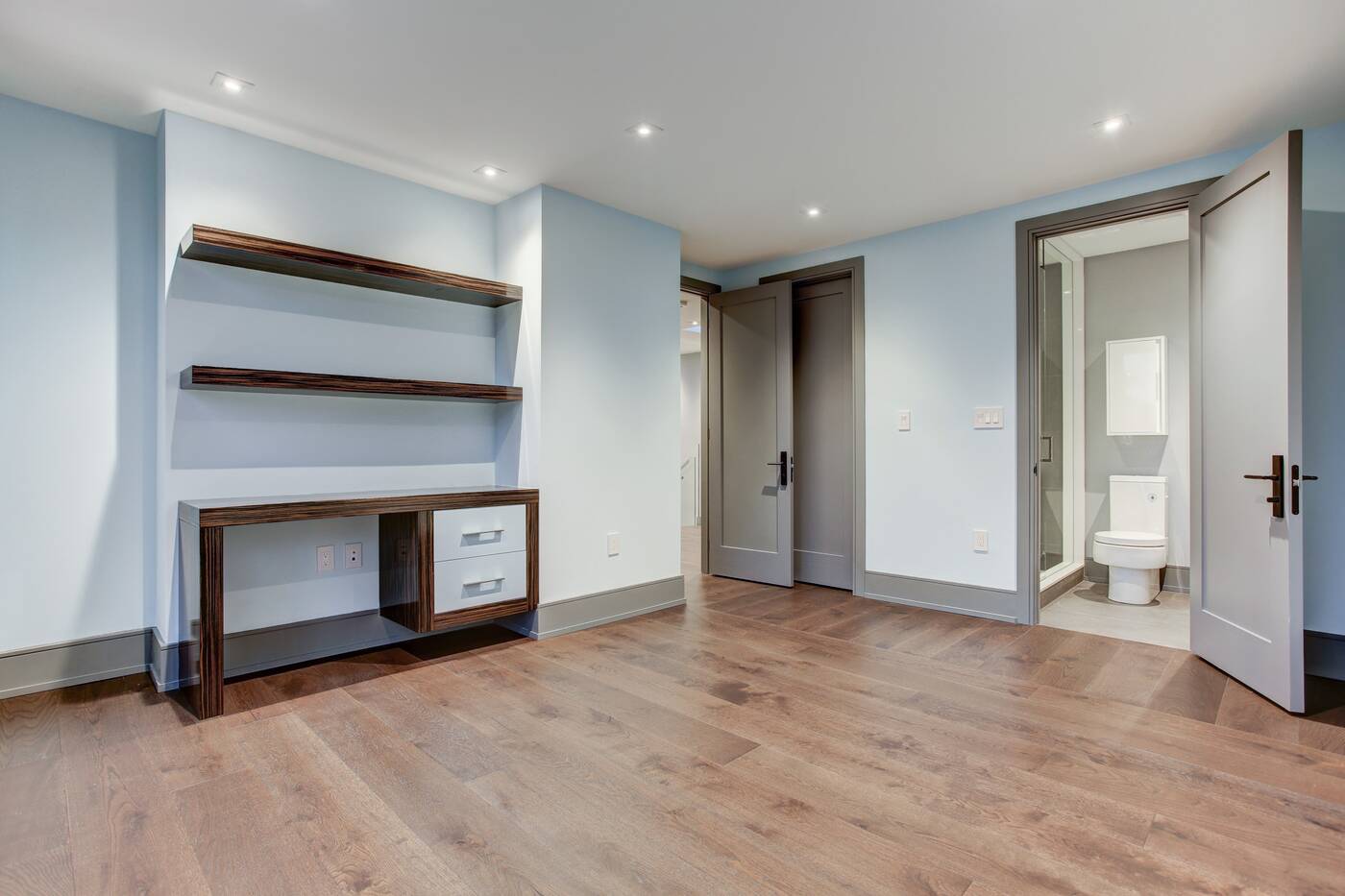 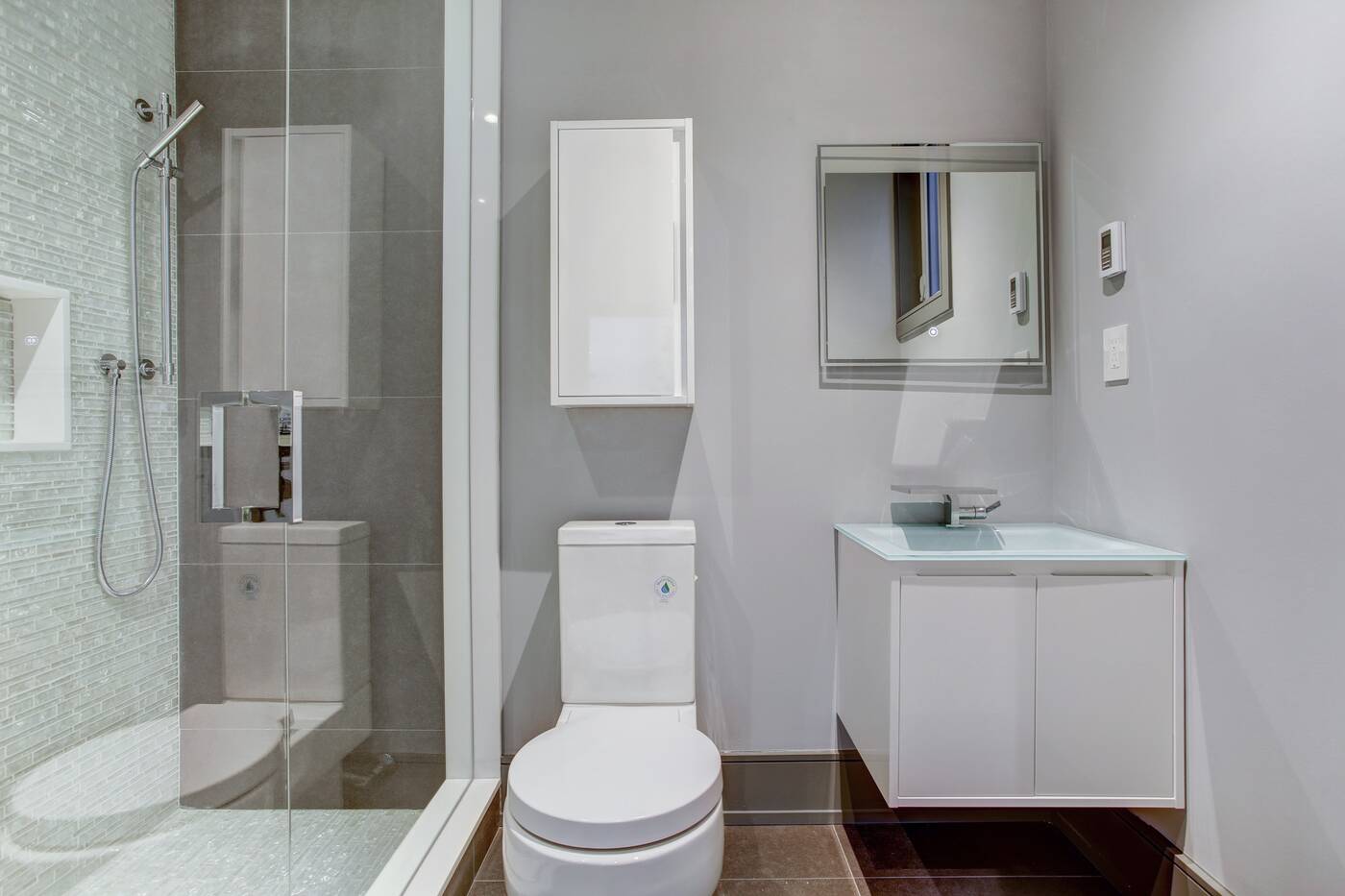 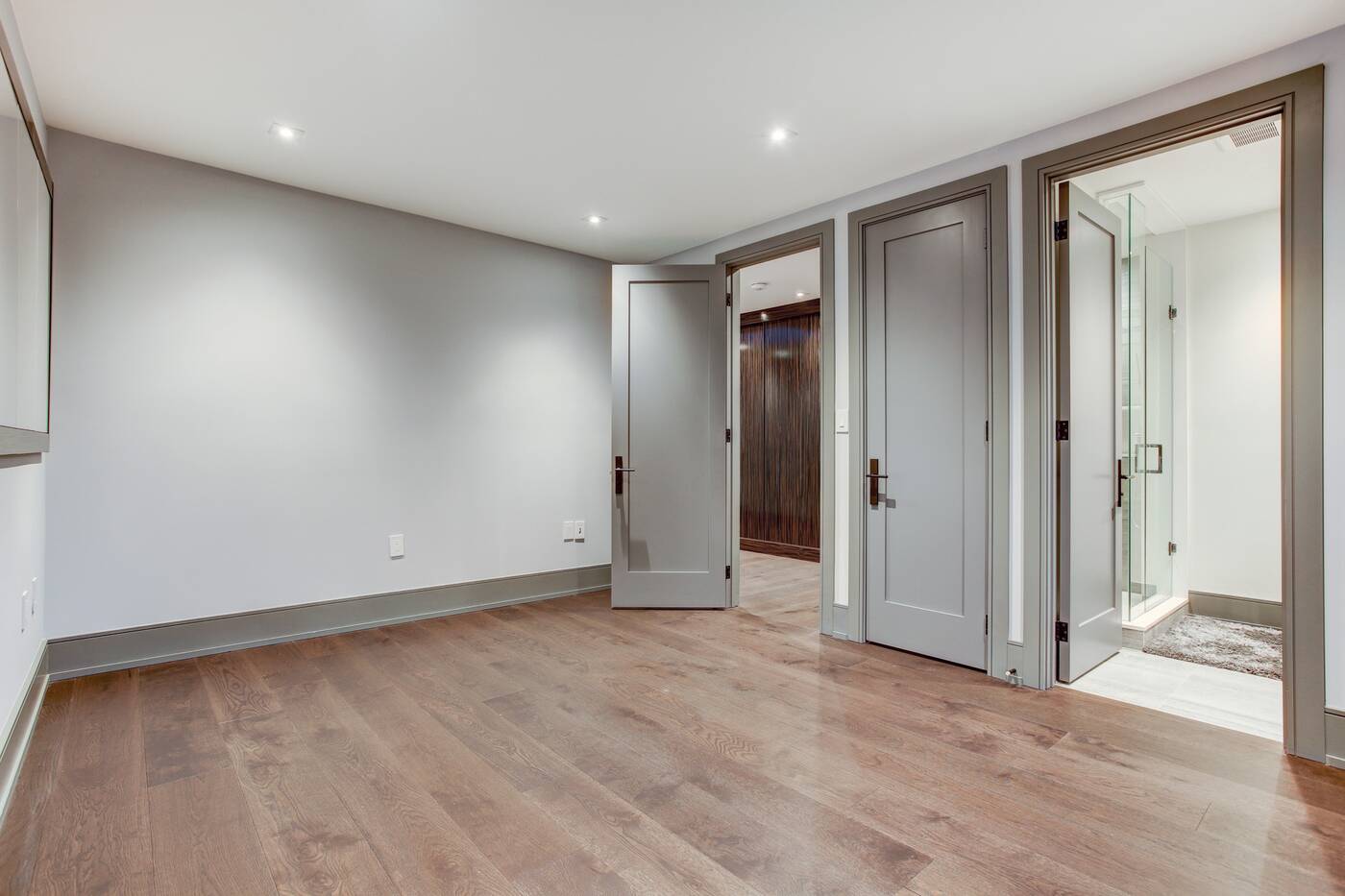 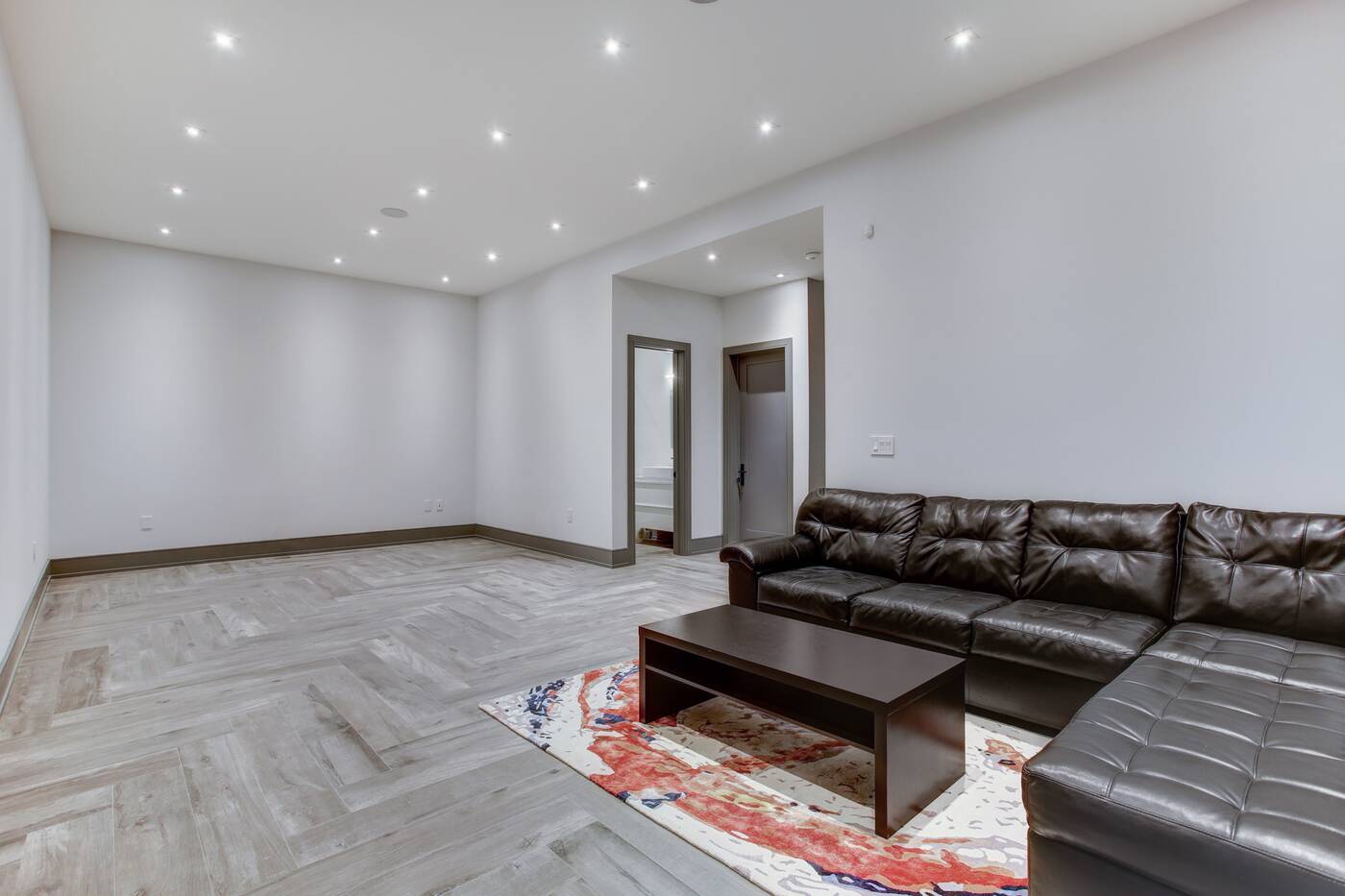 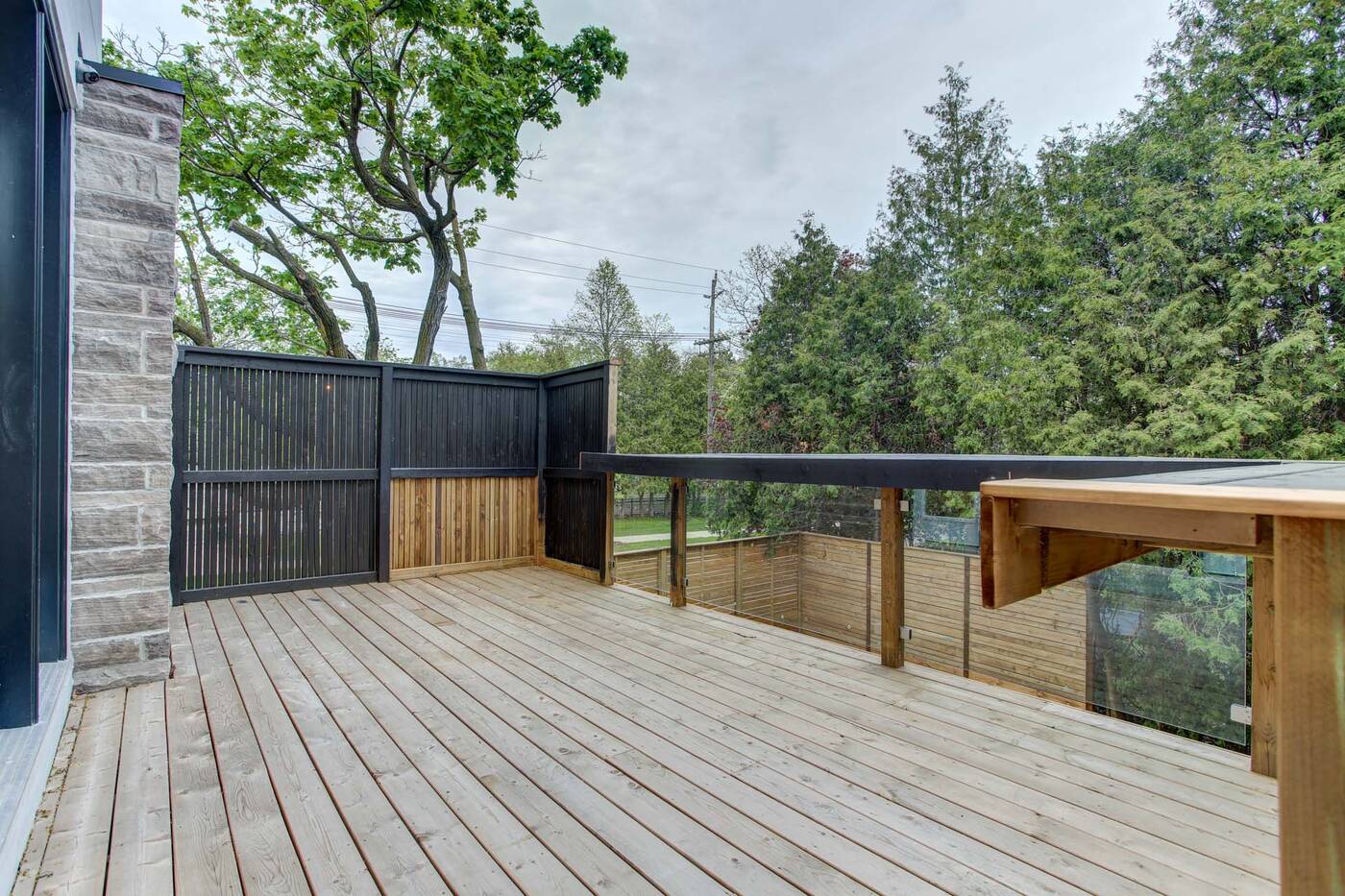 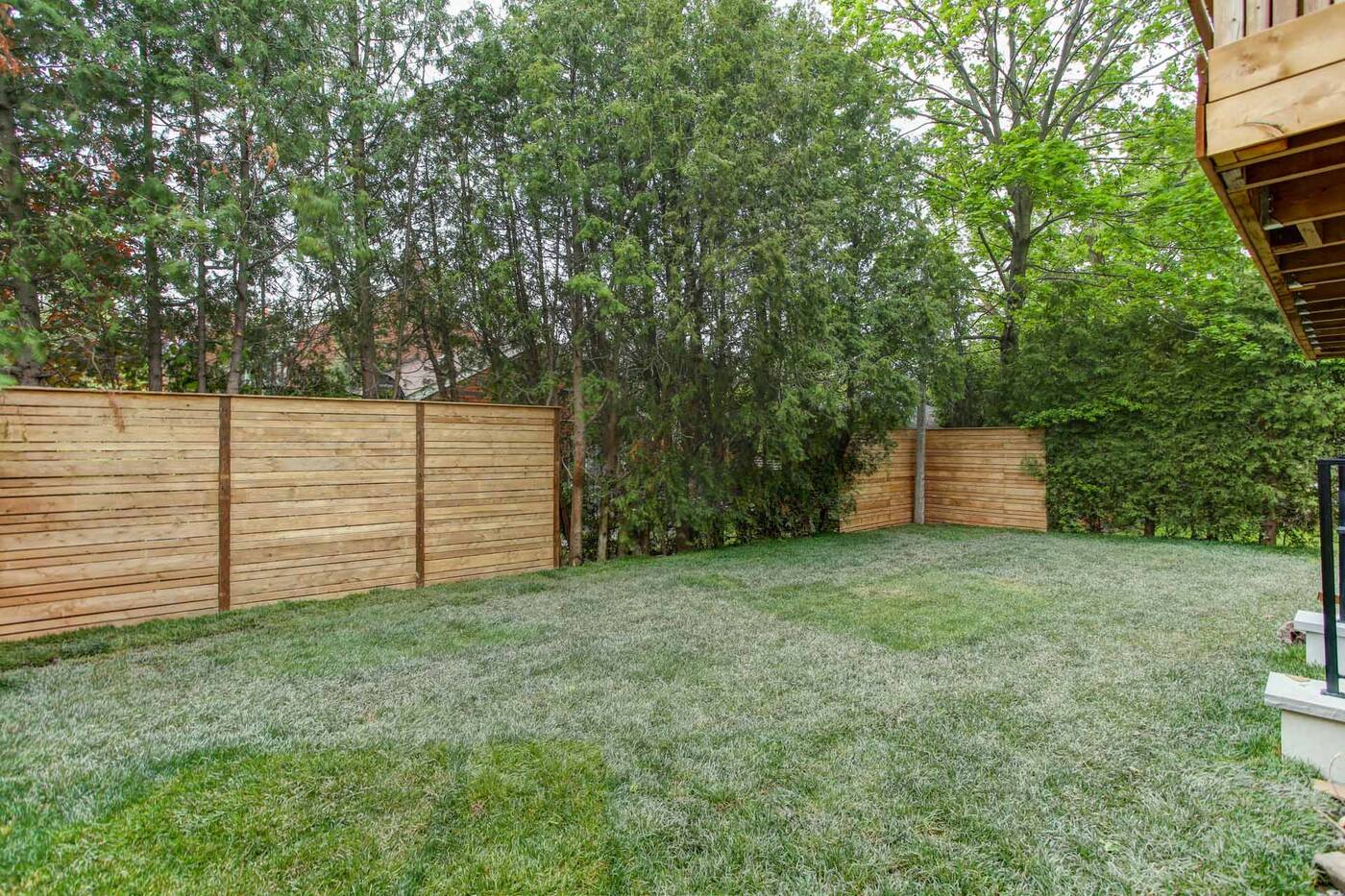