This is what the TTC's future transit map looks like

Who doesn't love a fantasy transit map in Toronto? Seeing the possibility of future subway and LRT lines covering the city is particularly tantalizing when your current commute is marked by overcrowding and regular delays.

Well, guess what? The TTC has its own fantasy transit map of sorts. It's probably more kind to call it a future transit map, but the former designation reflects the fact that not all of the infrastructure upgrades the TTC has prioritized are funded.

As part of its recently released corporate report covering the next five years, the TTC has pulled together the various priority projects that are 1) in the works or 2) forecast over the next 25 years. 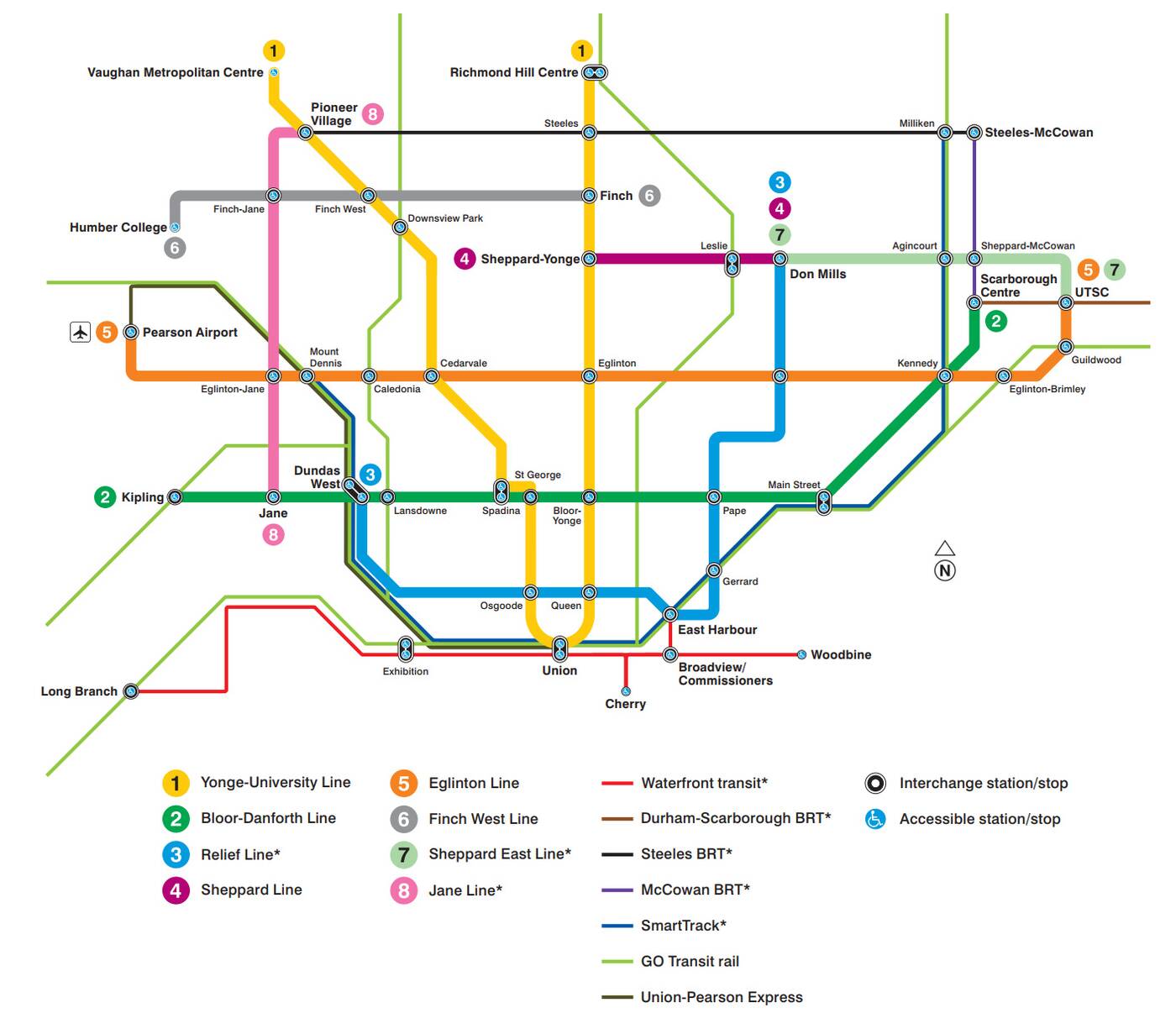 Some of the highlights include the Eglinton Crosstown and Finch West LRT lines (both pegged to open by 2022), the South Relief Line (pegged to open between 2028 and 2032), and what it calls "Waterfront Transit" (which would be built by 2033-2037).

There's also the Jane and Sheppard East LRT lines in addition to SmartTrack on here, plus some express bus routes and GO Transit lines.  Overall, the picture is impressively robust. If only all of this were funded, there'd be cause for celebration.

There are big gaps, however, from a capital standpoint, the most crucial of which is the first portion of the Relief Line. It doesn't make much sense to further load the Yonge Line with another extension before that's built, so much hinges on the city's ability to get it funded.

Still, if you're the glass half-full type, this picture of Toronto transit future might make you quite excited.

Here's exactly how many people are homeless in Toronto right now