Toronto is witnessing a rise in mega developments along under-utilized subway corridors along Yonge St. and Bloor St. West, but they're not the only two areas earmarked for major change.

St. Clair and Bathurst has been the site of intensification over the last decade with condo projects at the southeast and northwest corners, but now an even bigger development is in the works for the northeast side of the intersection. 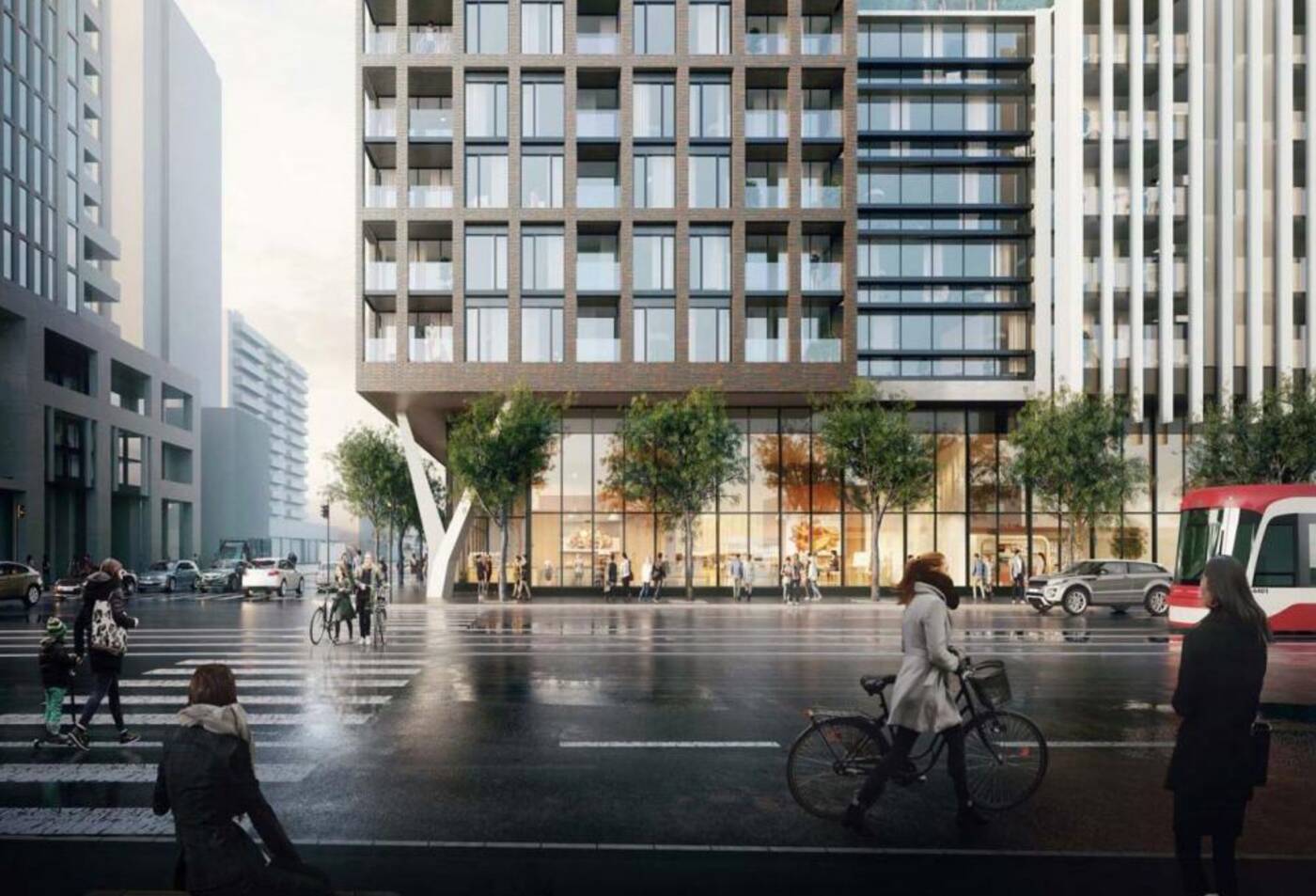 The view looking north from the east side of Bathurst and St. Clair. Image via KingSett Capital/Quadrangle Architects/City of Toronto.

KingSett Capital has submitted documents with the city to build three 30-storey residential towers at 1467 Bathurst St., a site that's currently occupied by a surface parking lot and a brownfield that remains from a gas station and car wash that was razed over four years ago.

The current plans call for 944 rental apartments to be built atop retail at grade, though as Urban Toronto notes, it's possible that KingSett could sell the project to another developer after the rezoning process is complete. 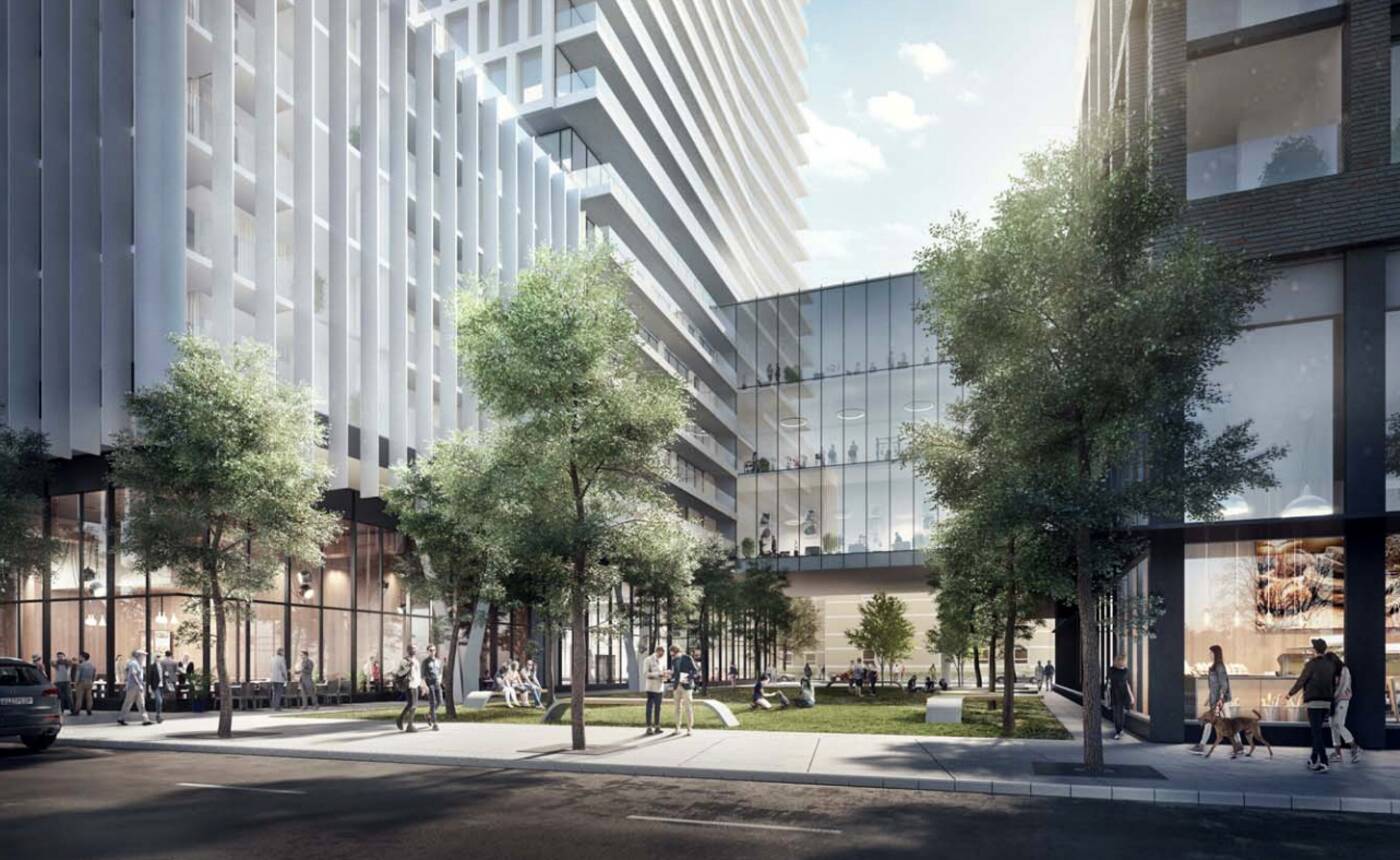 In its current iteration, the plans look quite promising. Anyone passing by this corner over the last few years has probably suspected a significant development was on the way, but rental units and the retail component could both be boons for the area.

Given the numerous high rises in the immediate vicinity and the proximity to the Line 1 subway, the increased density here makes a lot of sense. Welcome to the new St. Clair West.