Here's one of the most ambitious — and possibly wacky — development proposals for Toronto right now. Winnipeg-based developer Marwest wants to build a 42-storey addition atop an existing 19-storey office tower at 415 Yonge St.

As Urban Toronto reports, a development application filed with the city outlines a plan for a hybrid tower designed by Kirkor Architects that would reach a total height of 239.35 metres or 61 storeys.

The addition would place 450 rental units along the Line 1 subway, but it's one of many high rises proposed for the Yonge and Gerrard area in the coming years, which could be overwhelmed if all are approved at or near their proposed densities.

One thing that sticks out about this development, however, is the number of three-bedroom units proposed, which comes in at 52 (followed by 94 two-bedrooms, and 304 one-bedrooms). 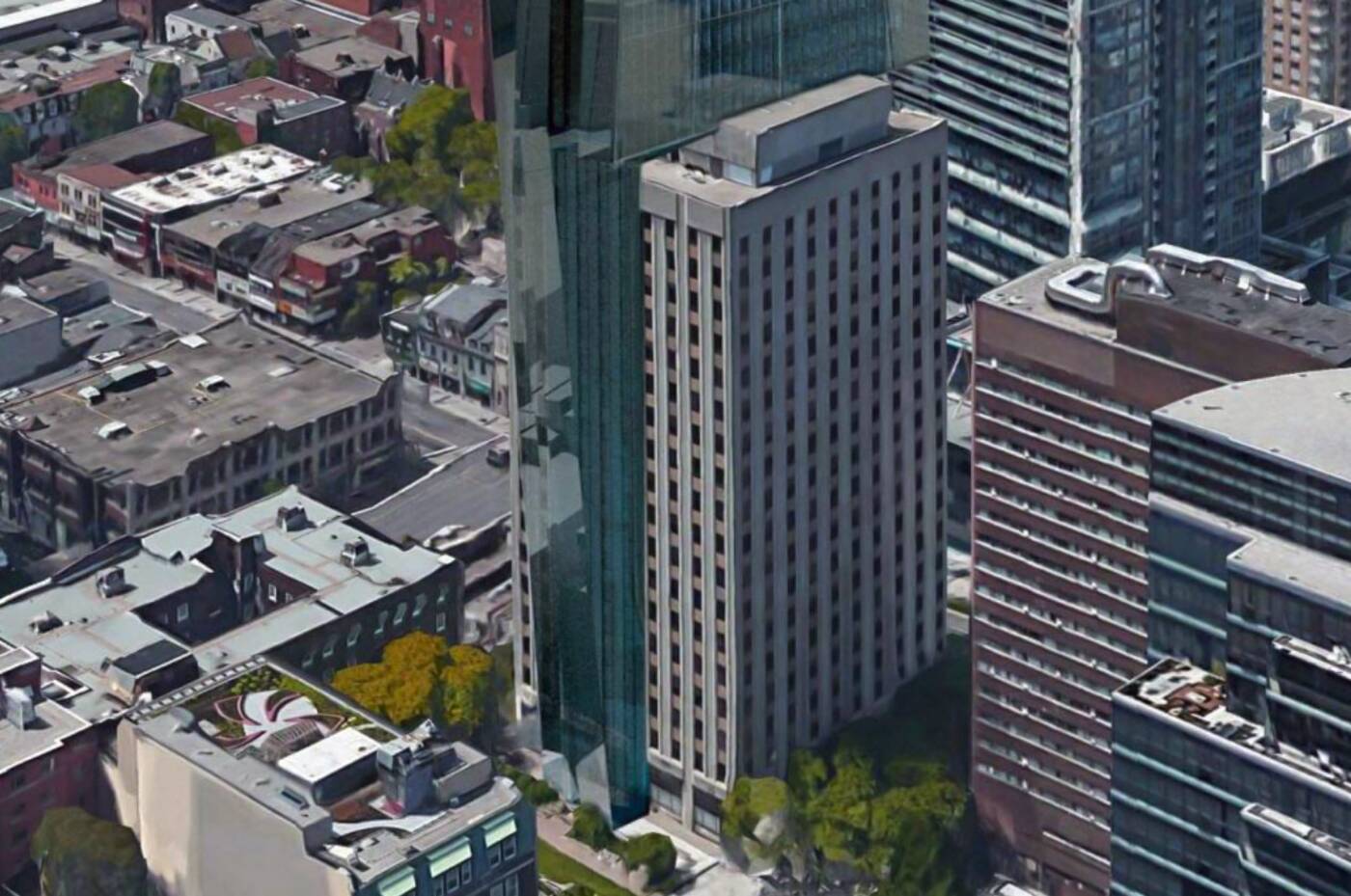 The new addition wraps around the existing building. Photo via the City of Toronto / Kirkor Architects.

From an aesthetic standpoint, the prominent central wedge is intriguing, as is the way that the addition rises from the existing building, which is certainly unconventional by Toronto standards (488 University, for instance, blends the two buildings into one another).

It's perhaps a little strange that the plans call for the preservation of the original tower here, which dates back to 1974 and isn't particularly noteworthy. I'm not complaining, but the relationship between old and new is just a tad odd.

This proposal has a long way to go before approval, but it's already one of the most novel developments in the works for 2018.

Correction: An earlier version of this post characterized the development as a condo, when in fact rental units have been proposed. We apologize for the error.