The top 10 Toronto social media hits and blunders in 2017

It was another wild year on Toronto's social media channels. From the absolute hilarious to the downright awful, platforms like Instragram, Facebook, and Twitter were filled with questionable ads, accusations, and head scratching moments.

Here's a roundup of the most notable social media hits and blunders in Toronto from the past year.

While Idris Elba was in town for TIFF, local coffee shop Grinder spent their days campaigning for the dreamy actor to visit their shop. While their #IdrisNeedsGrinder hashtag may not have gotten his attention, it sure got the attention of the rest of Toronto. 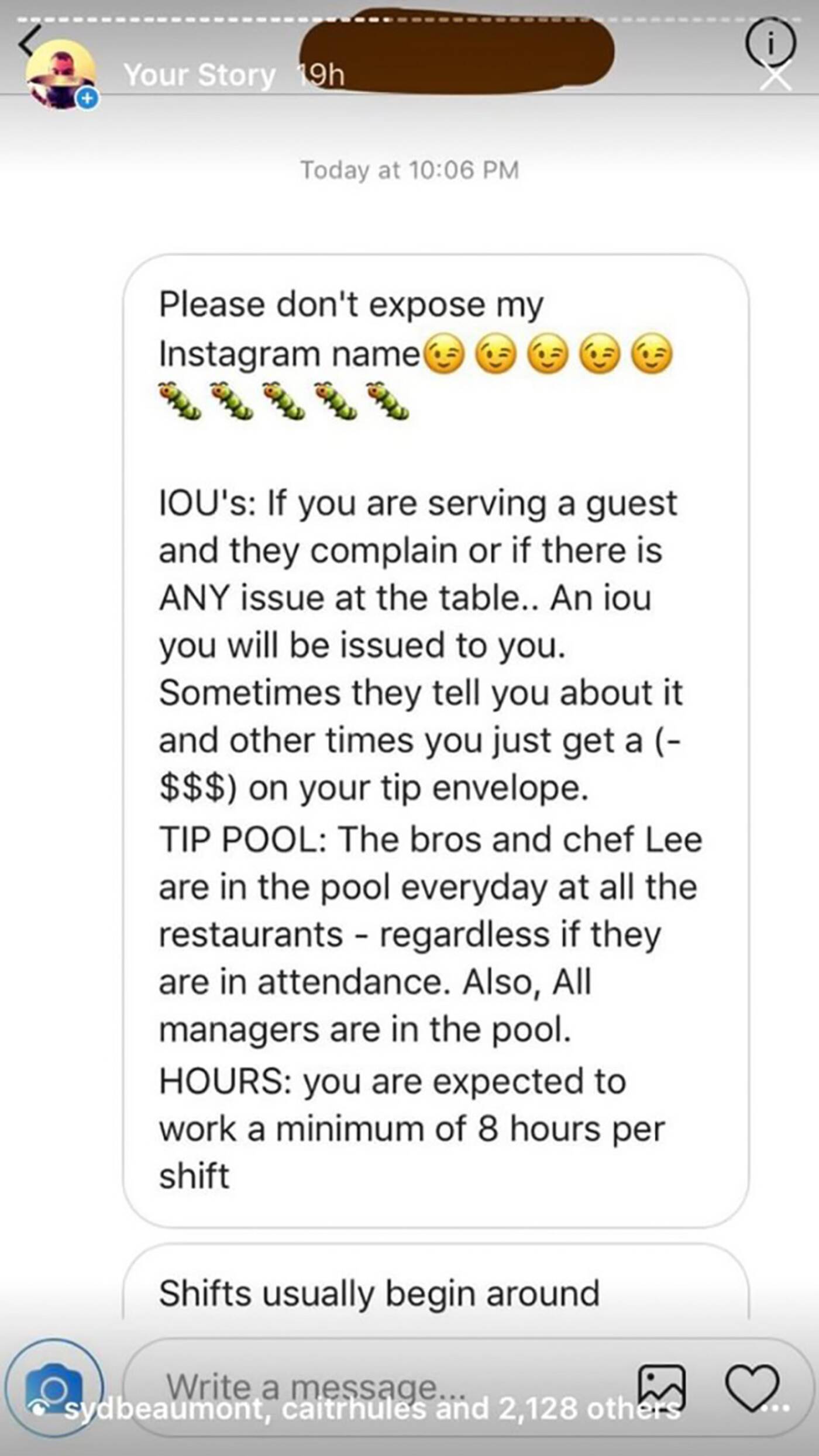 Susur Lee was under fire earlier this year after @ChefGrantSoto shared messages on Instagram he received from Lee's employees stating they lost wages over minor mistakes dubbed “IOUs.” Since being exposed, many employees were reimbursed and the policy was terminated.

Kaboom Chicken's Instagram comments blew up over the suggestion that Ontario premiere Kathleen Wynne was to blame for its higher fried chicken prices. While some rushed to support the restaurant, many were not impressed.

Jaden Smith accuses Four Seasons of trying to kill him

Will Smith's son Jaden took to Twitter when he was in town to express his frustrations with the Four Seasons after a pancake mishap. The actor, who's apparently vegan, said his pancakes were spiked with cheese.

When Ashe Dryden, a White House Fellow, programmer, and diversity advocate, was enjoying lunch in Toronto she overhead a couple breaking up. Instead of minding her own business she decided to take to Twitter to tweet out the whole saga resulting in pure gold. 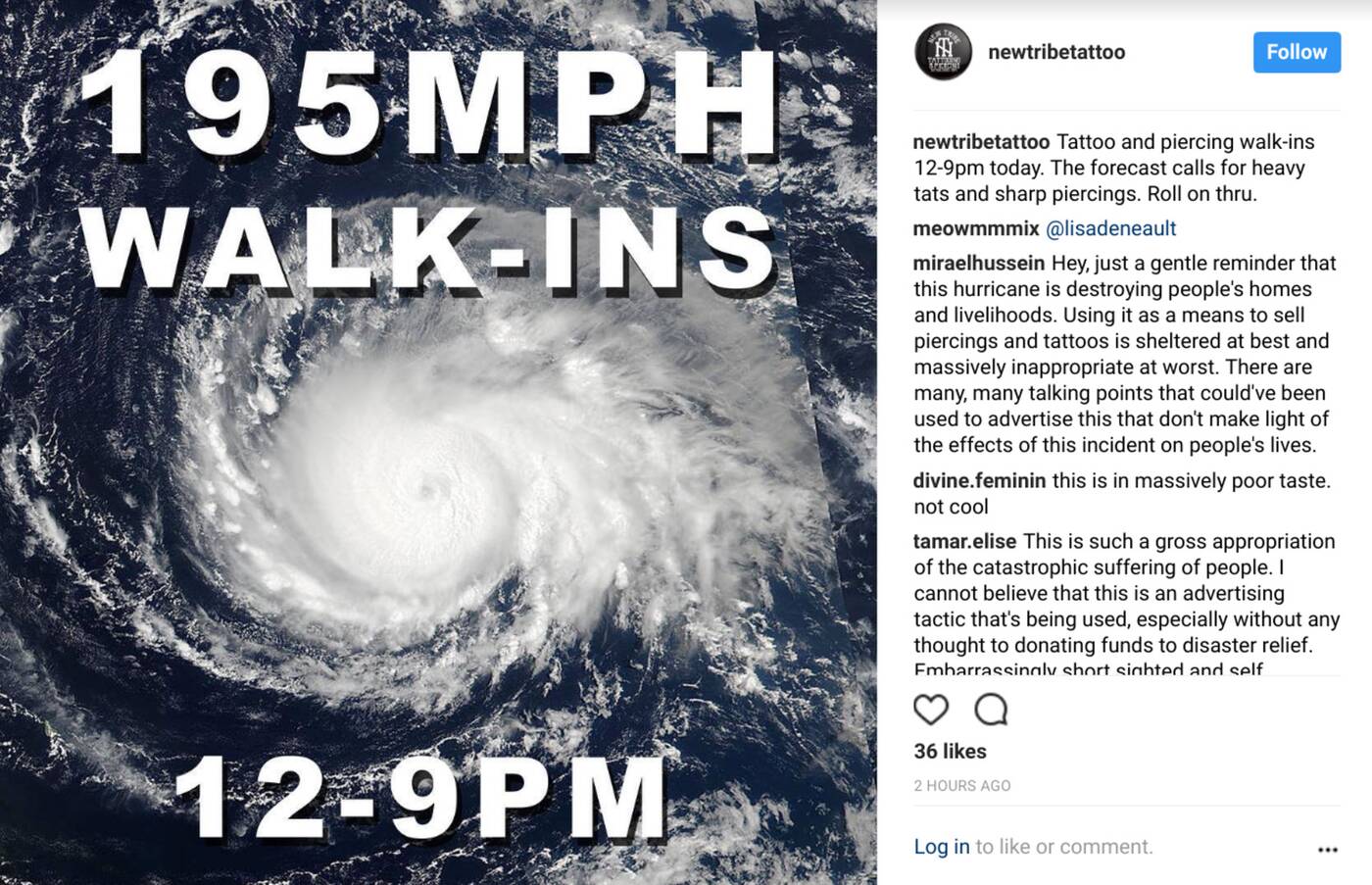 New Tribe Tattoo faced backlash after posting an Instagram photo of a hurricane as promotional material. The image, referencing Hurricane Irma, read, "Tattoo and piercing walk-ins 12-9pm today. The forecast calls for heavy tats and sharp piercings. Roll on thru."

A very Toronto thing that happened tonight: I ordered a Caesar salad and got this. Was told the restaurant doesn't "do cutlery." pic.twitter.com/GDaugBjTlK

Everyone is complaining about 416 Snack Bar’s salad

After Toronto journalist Rhiannon Russell Tweeted a photo of 416 Snack Bar's Caesar salad, social media went into a tizzy about the apparent audacity of the restaurant to serve such a thing without a knife and fork.

Earlier this year, Noah Maloney vowed to eat a photo of Jason Segel's face every day until Segel ate a picture of his face in turn. The whole ordeal was displayed all over social media and it even got international attention.

The Corner found itself in hot water after a series of rather insensitive Instagram posts surfaced. The ads were meant to poke fun at the club's small size, but many felt that they crossed a line by invoking Holocaust imagery. The posts were never removed, but they did issue an apology.

During a week-long traffic blitz a number of Toronto bike cops took to Twitter to brag about their ticket conquests. The cops were ticketing and towing anyone they found illegally blocking traffic downtown, and they wanted all of the Internet to know about it with quirky memes and GIFs.