Toronto wants a single fare for all transit providers

What's a fair fare for all public transit riders across Toronto?

City council isn't yet sure, but they're eager to see it figured out – which is why they voted unanimously yesterday on a motion to see plans for an integrated TTC and Go-Train fare accelerated.

Tabled my motion today at City Council for a truly integrated and affordable co-fare for Go/TTC trips. Passed 39-0. https://t.co/I5XqOlhVzX

It was Ward 20 Councillor Mike Layton who put forth the motion, which asked "the City Manager to request Metrolinx and the Toronto Transit Commission to accelerate their plans for full and affordable fare integration for the City of Toronto, including a single fare for rides within the City of Toronto, and to report back to City Council."

It was passed 39-0, but not without some passionate speeches and debate in the council chamber first.

"We are one city, let's have one fare," he said. "And let's make this whatever you call it system ... work for the city of Toronto."

Personally, I agree with @m_layton. Those using transit from further away should be applauded, not punished with higher fares #topoli

Layton argued that the recent installation of the Presto system has provided the city with a great opportunity to finally move forth with fare integration after 6 years of waffling around the issue.

"Allow the province to run a system for everybody," he said, prompting Ward 11 Councillor Frances Nunziata to say "Councillor Mammoliti, please." 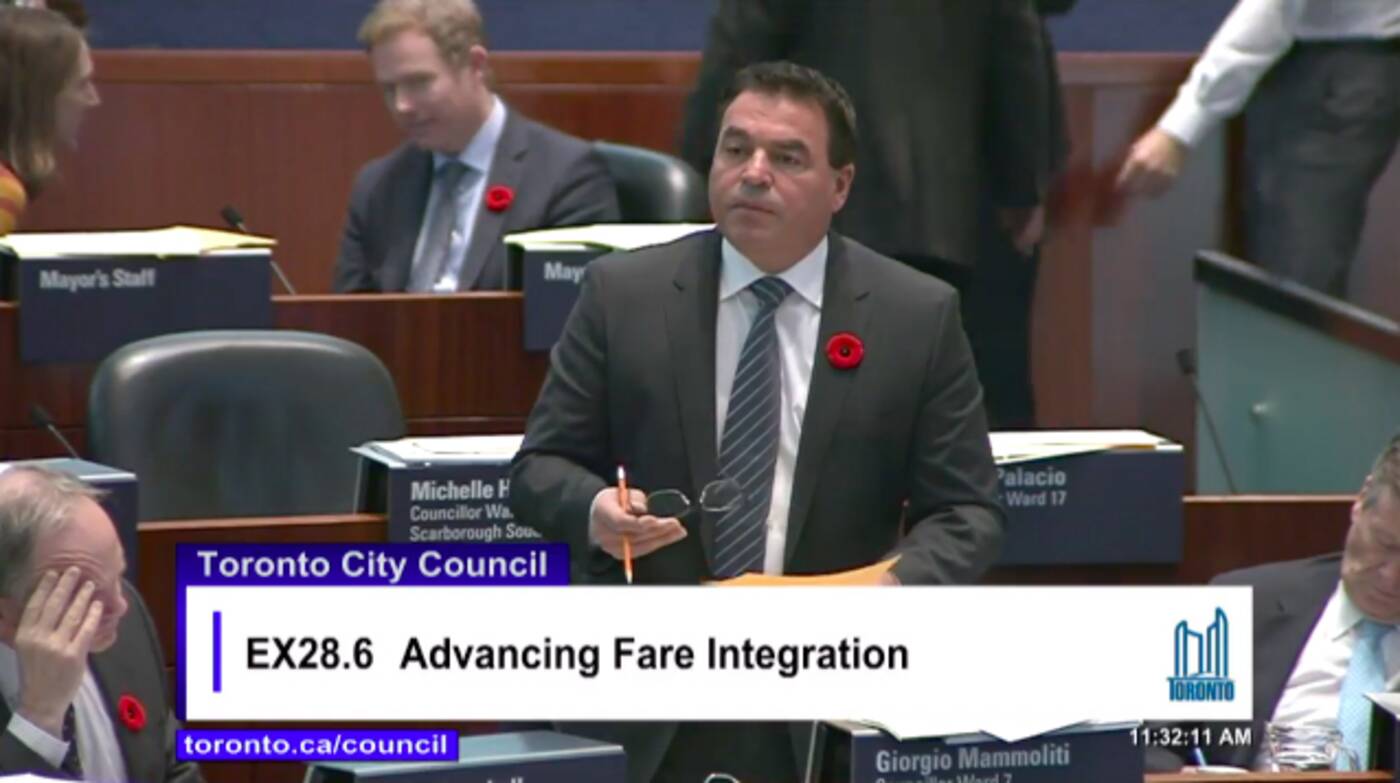 Another city councillor could actually be seen on camera face-palming when Mammoliti sarcastically told Layton "I appreciate you telling me what my residents would want."

Regardless of how fare integration ends up working, city council seems intent on getting a single-fare for transit within Toronto, whether by GO trains and busses, TTC vehicles or eventually SmartTrack.