King St. is starting to look a lot different

The King Street Transit Pilot gets underway this weekend, but the street has already started to transform in anticipation of its new configuration between Bathurst and Jarvis streets.

You might not notice it at first glance, but a closer look reveals a number of signs that foretell the changes in store on November 12. Of these, the pavement markings in the left lane at major intersections are the most obvious. 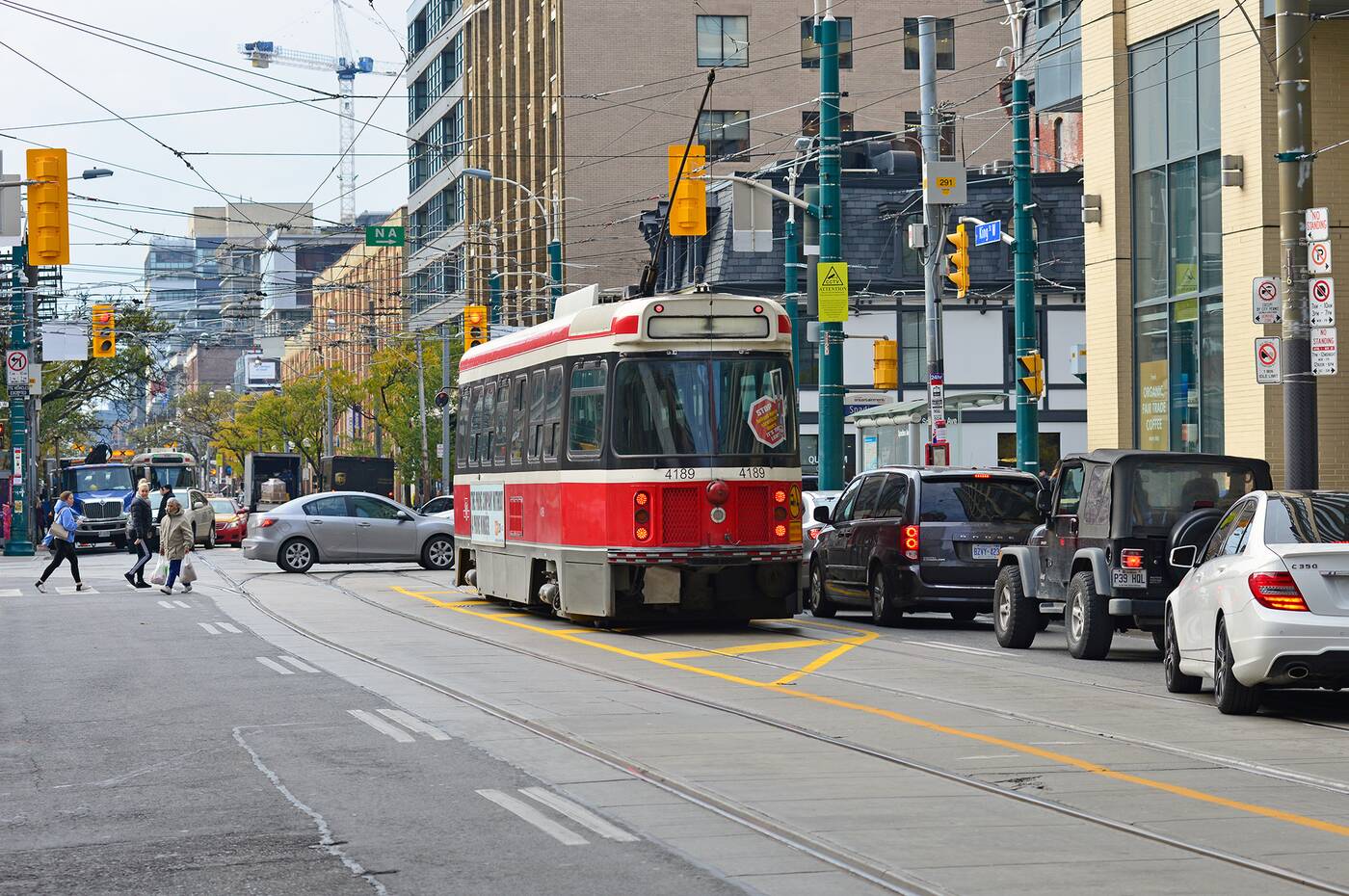 Cars have already started to avoid the left lane in accordance with new street markings.

Car's aren't just forbidden to make left hand turns at key intersections, but they are funnelled into the right lane and forced to turn off the street to reduce traffic congestion.

While the rules have yet to go into effect, you could already see drivers acknowledge the lines today as they moved to the right lane at intersections like Spadina Ave. and Peter St. / Blue Jays Way. 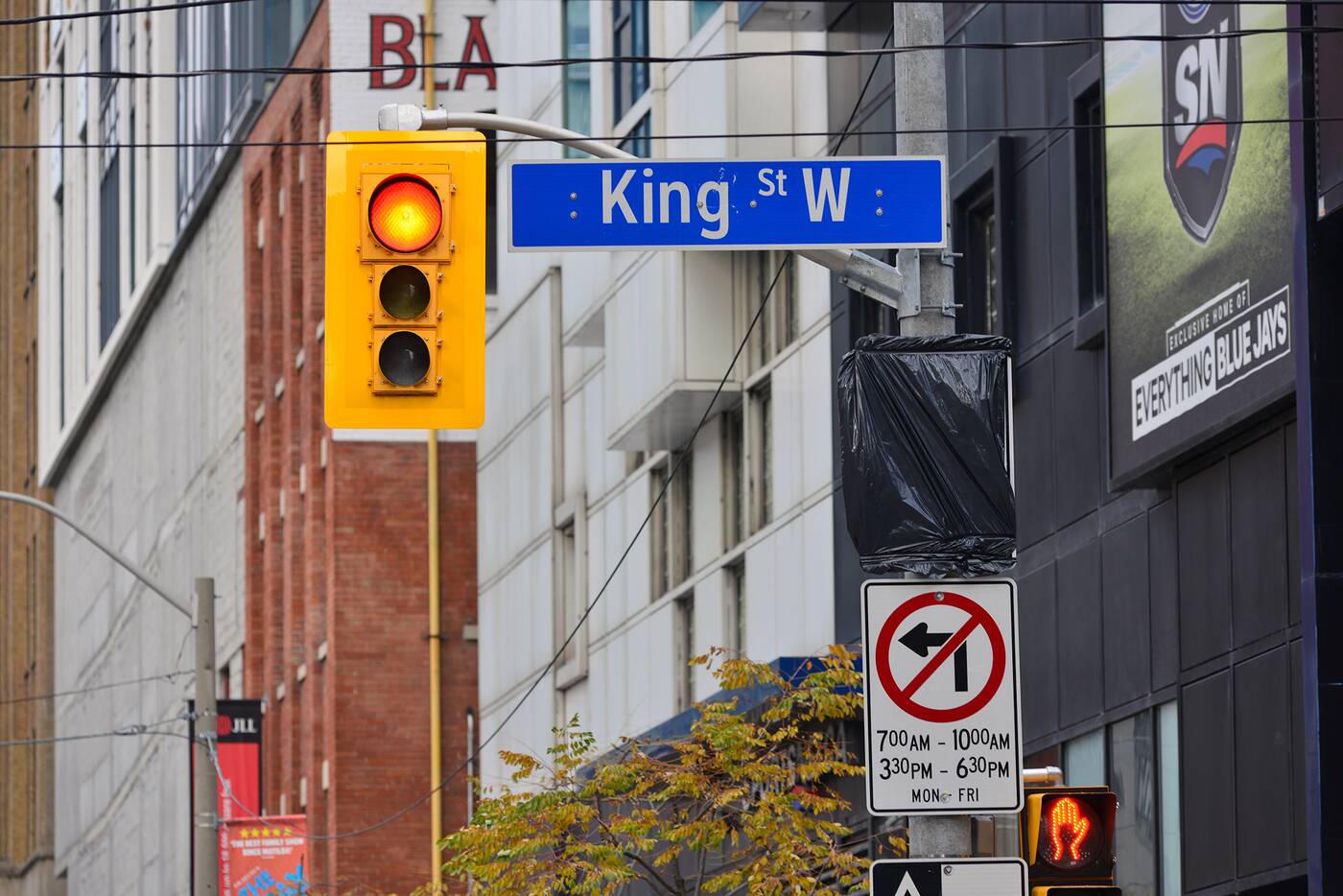 The new signs forbidding traffic to turn onto King St. are hidden under plastic right now.

That's as far as it drivers took it today because the new street signs that prohibit through traffic have yet to be revealed. Most of them are already installed, but they lay in wait under plastic covers until Sunday. 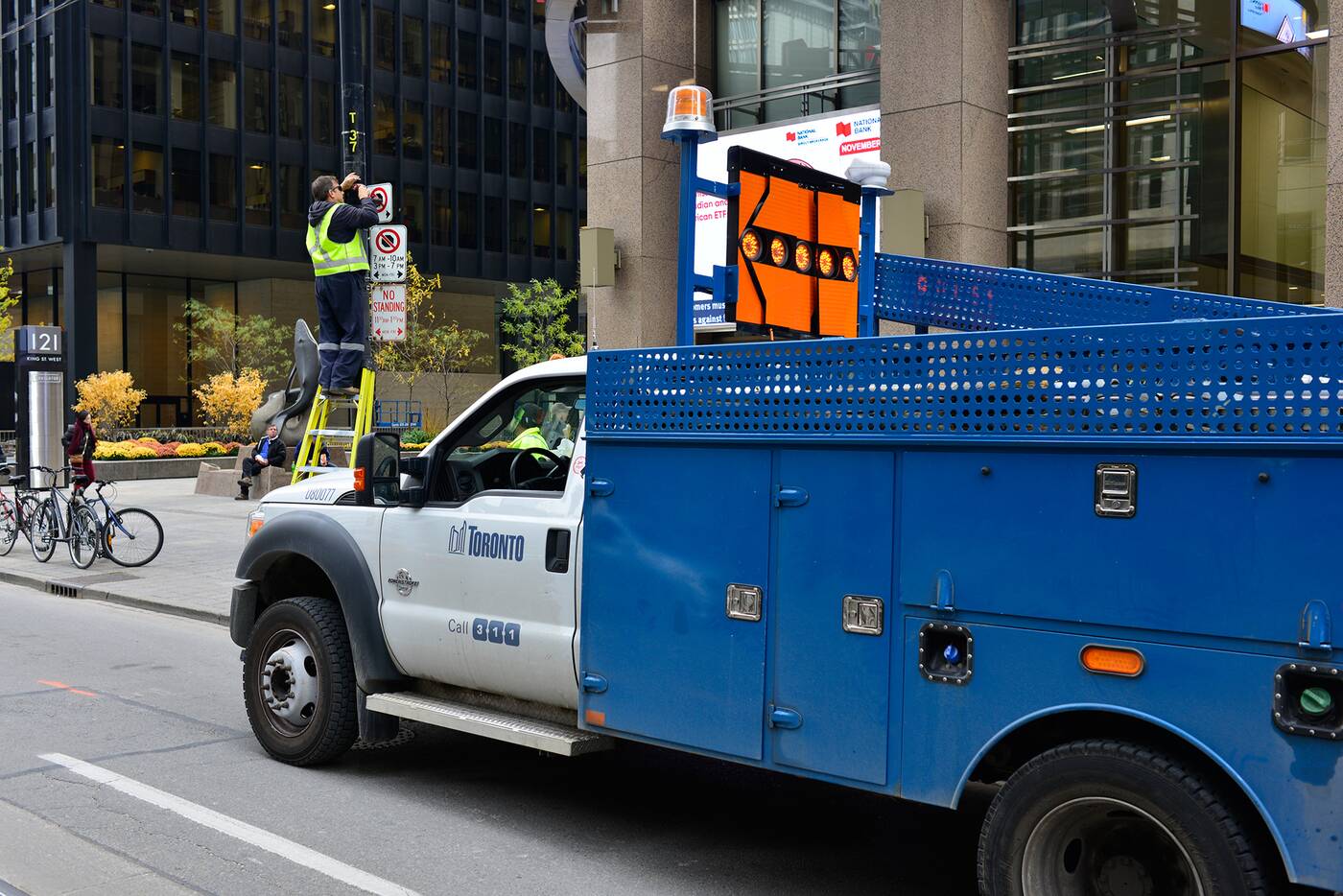 The same holds true for parking signs in the pilot area. Crews were busy installing new signs near York St. this afternoon, though many are already up and waiting to be uncovered. 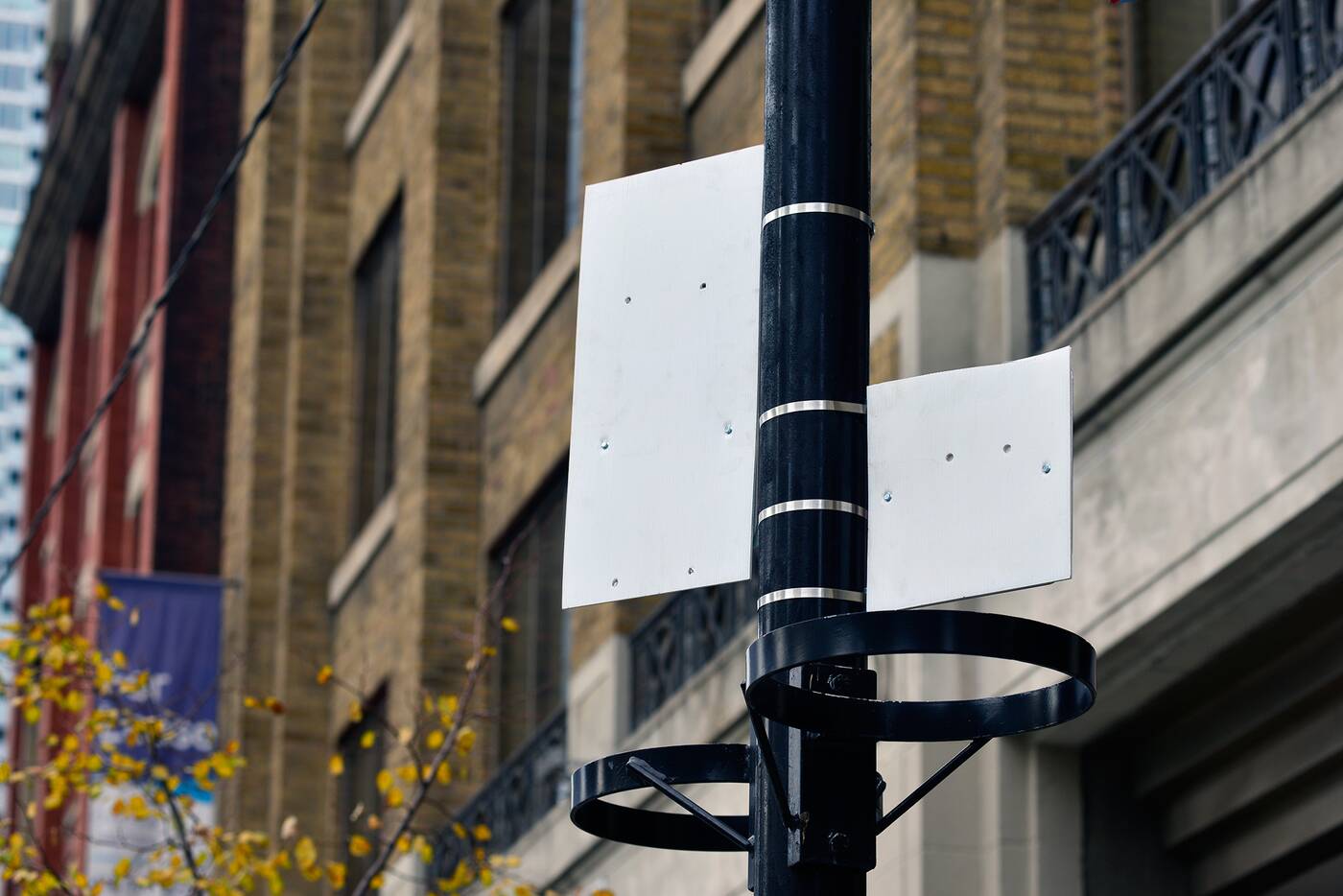 New signs that prohibit parking and designate specific loading zones have been installed by remain covered.

Most of these signs will make parking illegal (which will extend throughout the pilot zone), but there are also markers indicating designated loading areas and taxi stands between 10 p.m. and 5 a.m. 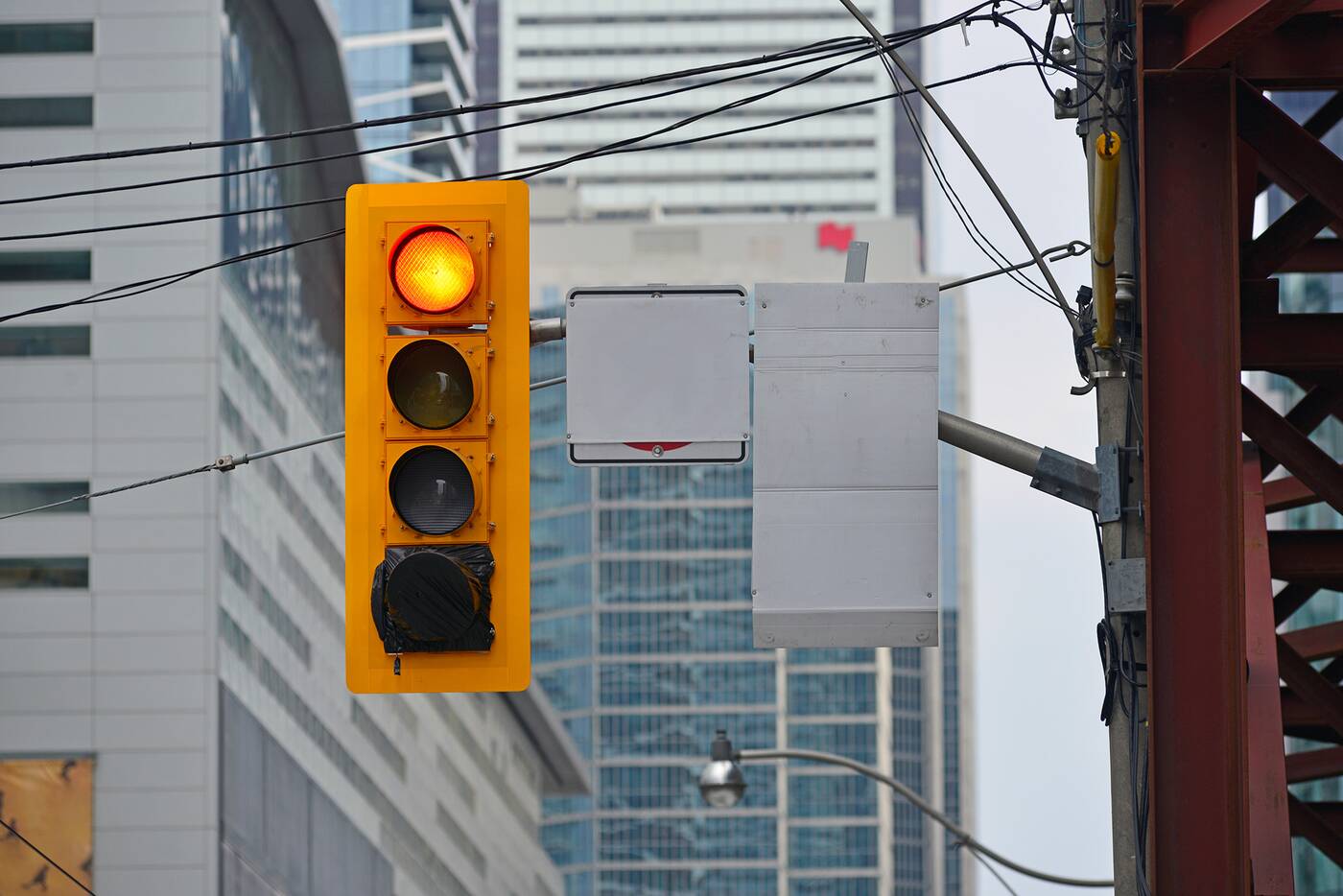 You can just see the no left hand turn symbol underneath the covering King and Blue Jays Way.

For now the new King Street hides in plain sight, with much of the unveiling work set to be done on November 10, when the eastbound and westbound curb lanes will be closed for road work. The following day, traffic signals will be readjusted for the pilot project.

It doesn't look like much so far, but the changes coming to King St. are designed to alter its identity completely. Just think about how much can be done with some paint and road signs. Well, that and a new transit-first philosophy.