Harbour Street is about to get a major makeover

A section of Toronto's waterfront is about to undergo a major transformation. As work to rebuild the Gardiner Expressway's Lower Simcoe ramp enters its final phase, construction crews will begin to turn their attention to Harbour St.

The former spiral off-ramp has been torn down and slowly rebuilt over the past year. While it's not ready for service yet, the replacement ramp will take traffic directly onto Simcoe and Harbour streets, which will necessitate improvements to the streetscape.

The intersections of Harbour and York and Harbour and Simcoe will be opened up to increased sunlight, pedestrian and cycling traffic, and will eventually be home to new park space. 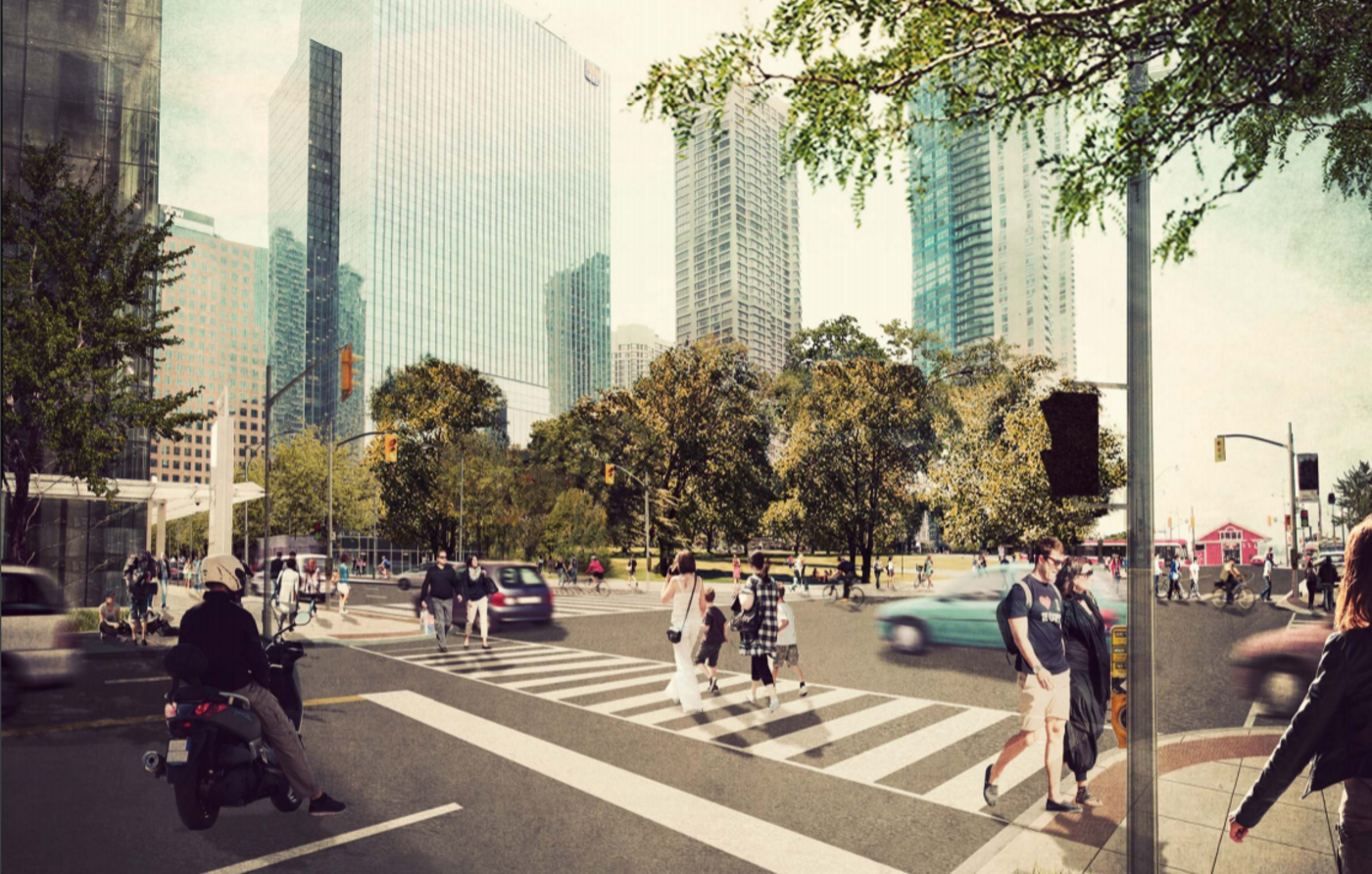 A rendering of the intersection at York and Harbour, looking south-east. This view used to look directly at the side of an off-ramp. Image from City of Toronto.

Harbour St. will grow to four lanes, feature improved sidewalks and landscaping as well as an updated multi-use trail. If the renderings are any indication, it's going to look at lot prettier than before.

As the project now focuses on Harbour Street and the areas around the new ramp, the intersection of Bay and Harbour will be closed this weekend to begin street improvements.

While work is currently behind schedule, this is the last stage of the construction process according to the city's schedule.