The sign has been covered with 150 six-word personal stories from city residents. The new appearance, titled "My City, My Six," is part of the "TO Canada with Love" campaign. 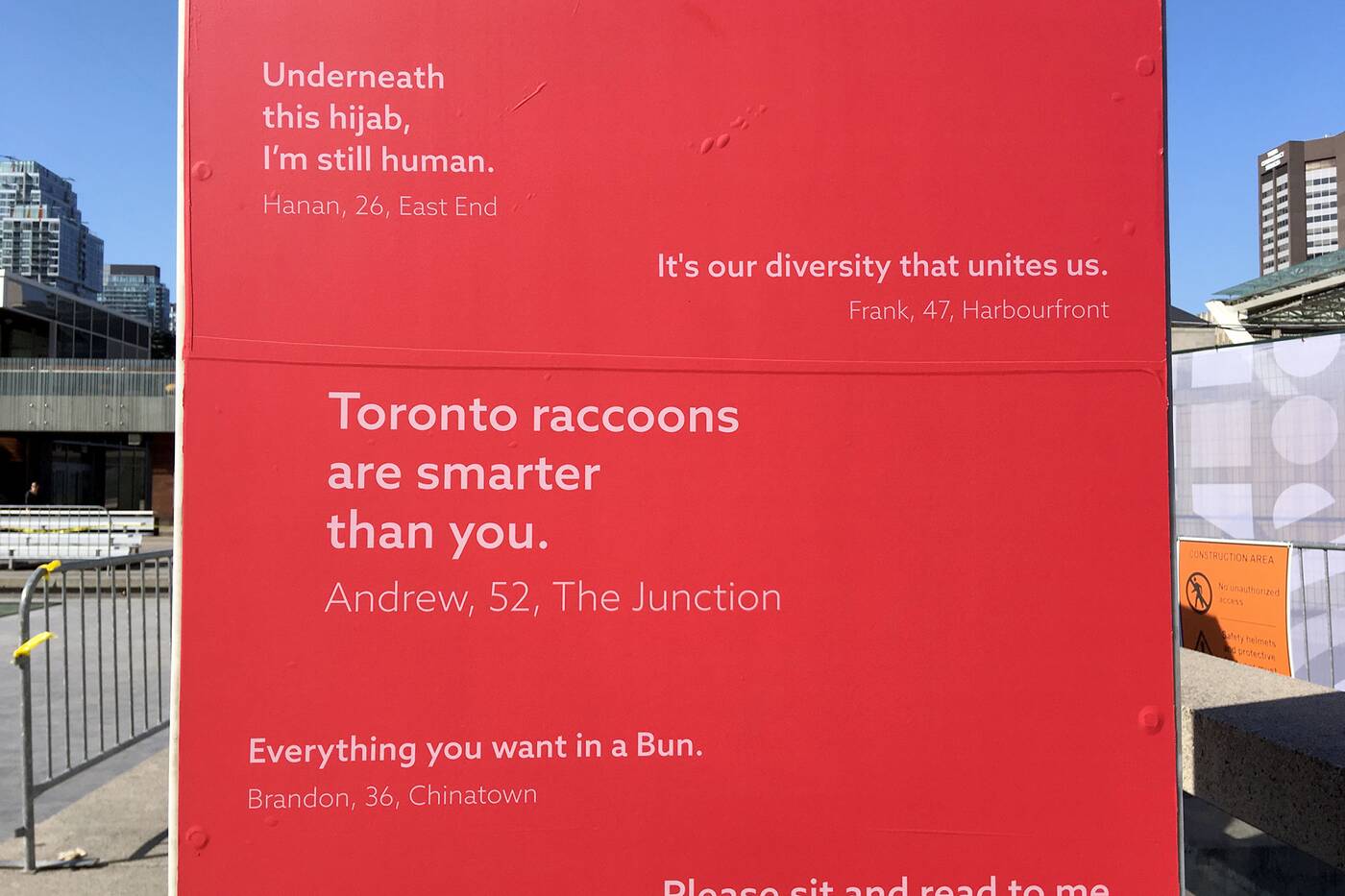 This is entirely different from the crappy graffiti that appeared after Nuit Blanche last year, but the idea of using the sign to send messages and share stories in an official capacity just makes sense given all the eyes on this local landmark. 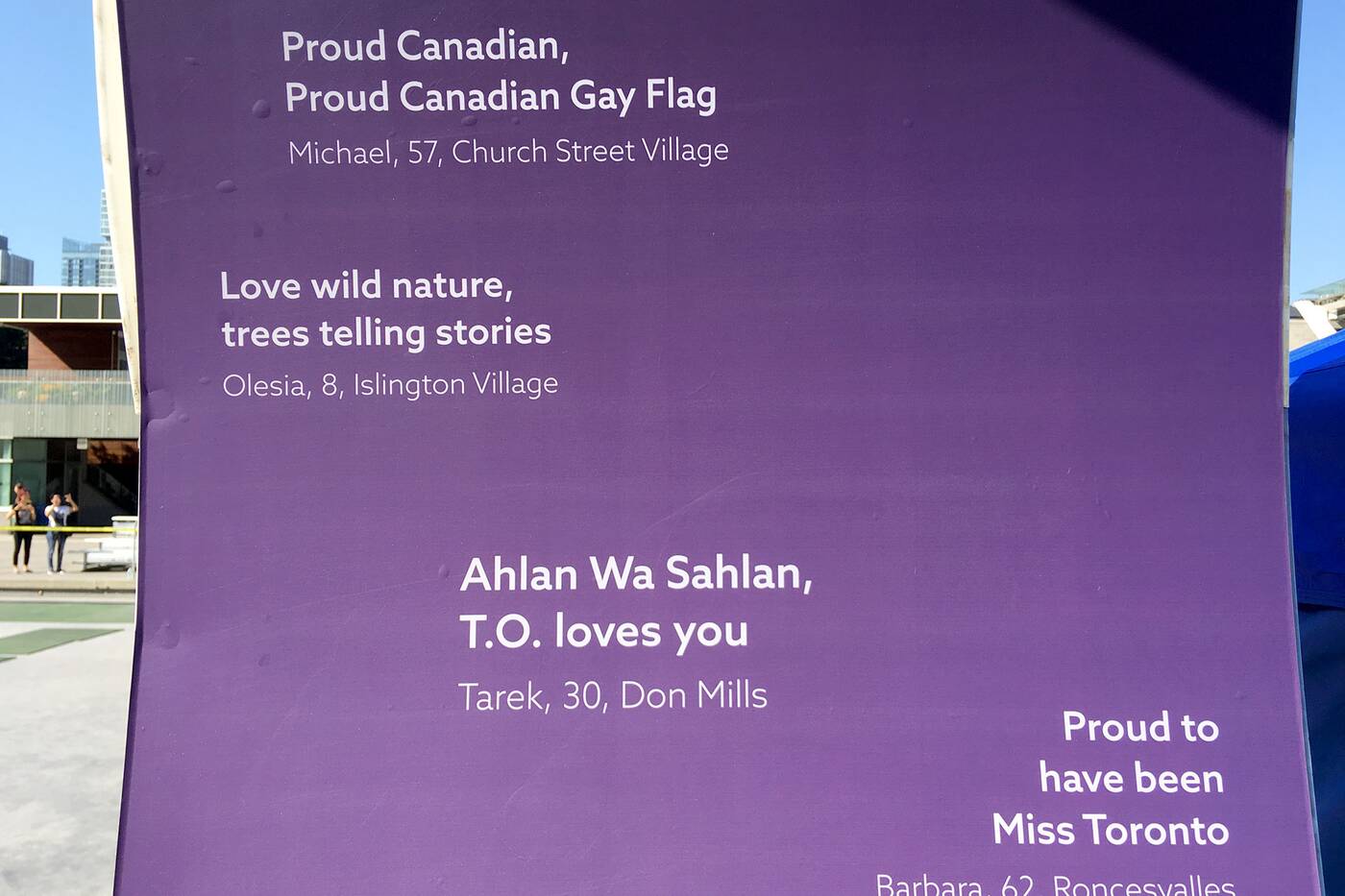 The featured stories were selected from over 4,200 submissions, according to the City of Toronto website.

The stories are also being featured on billboards, TTC ads, and other places around the city. 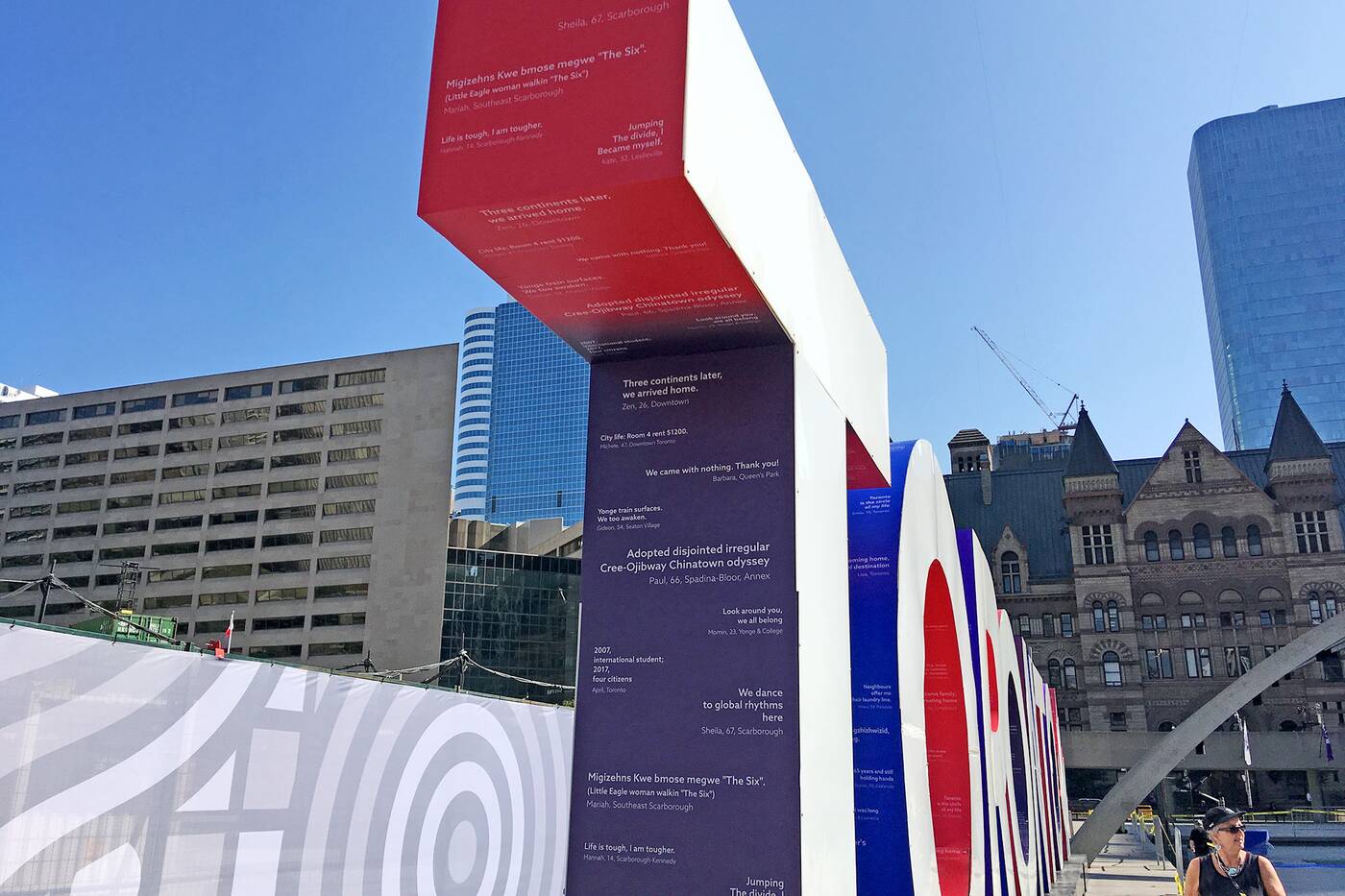 Some of the winning entries include “Toronto welcomes everyone from any place,” “High Rise Livin', High Park Lovin',” and “Toronto raccoons are smarter than you.” 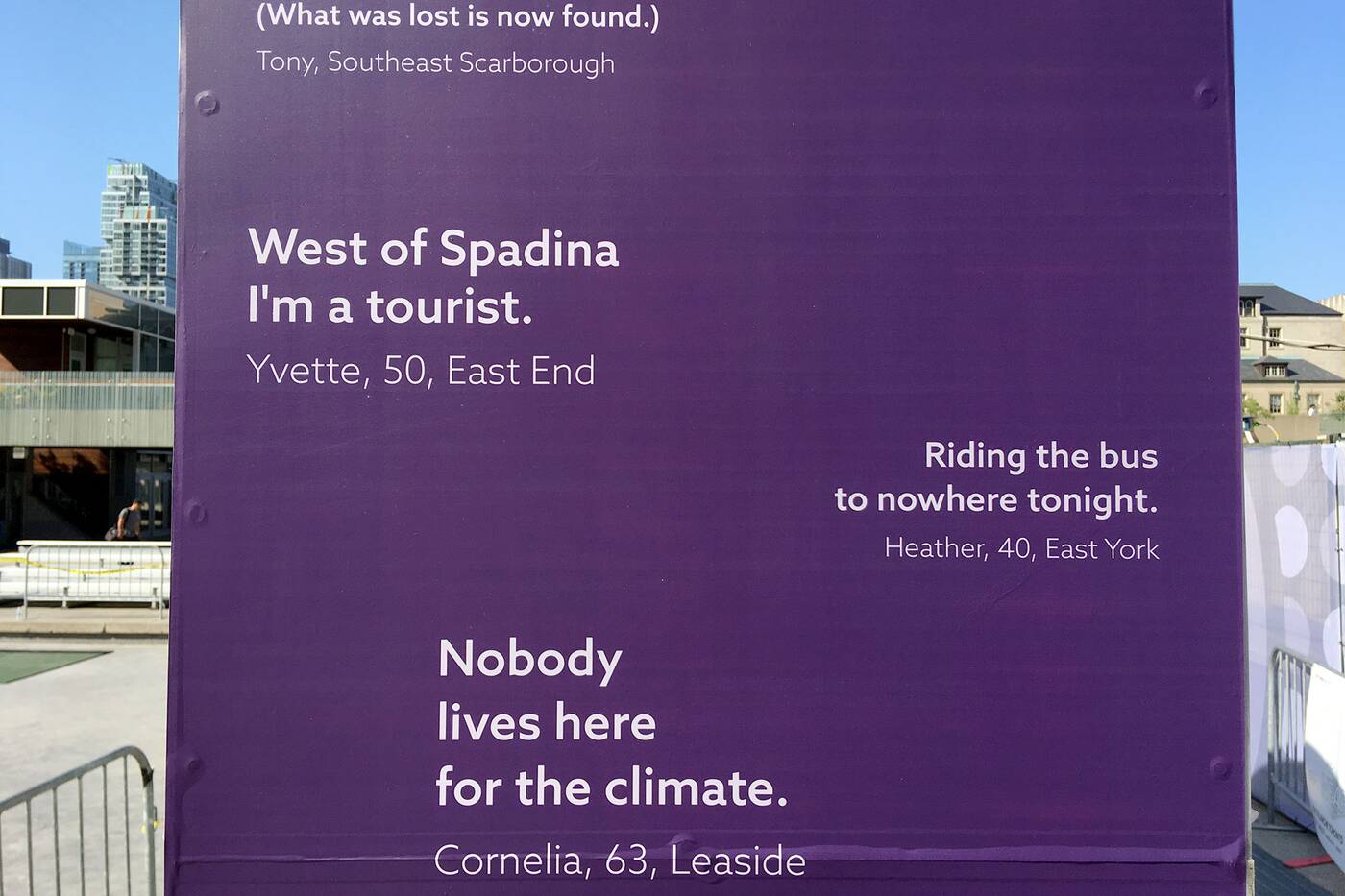 The new decor will be featured until Spring 2018.