Directly across from Old City Hall, at the corner of Queen and Bay, an increasingly glossy mega-tower has been under construction for months.

When it's finished, the contemporary skyscraper is promised to be unlike anything the city has seen before, thanks to "the bold articulation of its concrete frame and the warmth offered by the bronze tinted glass."

But only on the outside. 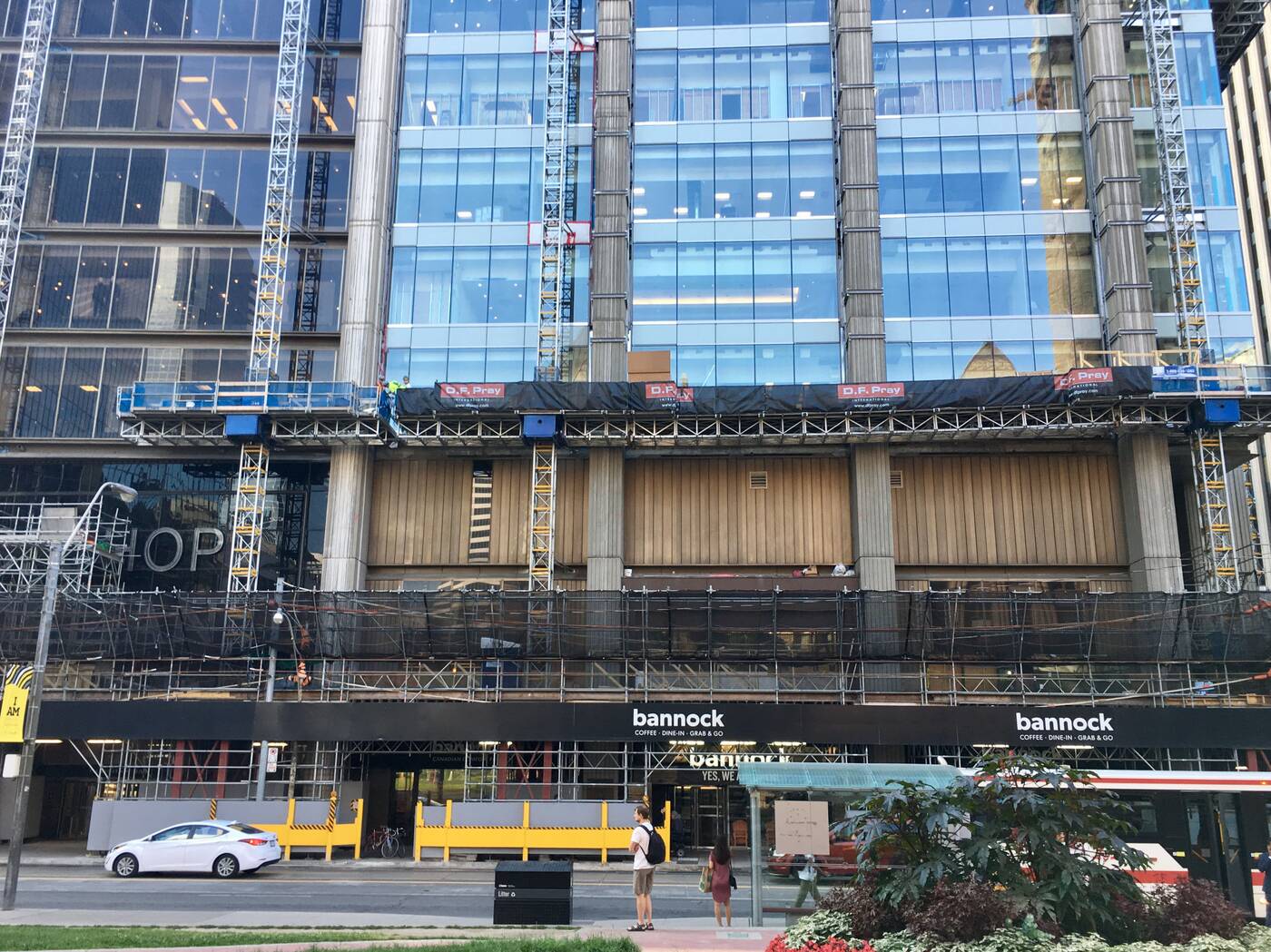 Toronto's new architectural gem has actually been standing at 401 Bay St. for nearly 50 years as The Simpson Tower.

Designed by architect John B. Parkin, the 33-storey building was completed for the Simpsons department store company in 1968. It was purchased by HBC ten years later, and sold to Cadillac Fairview in 2014.

The mid-century skyscraper is too new to be considered a heritage property, but when, as Urban Toronto writes, "the crumbling masonry" of the tower "necessitated an overhaul of its façade," 401 Bay was deemed too significant in terms of scale and location to be torn down. 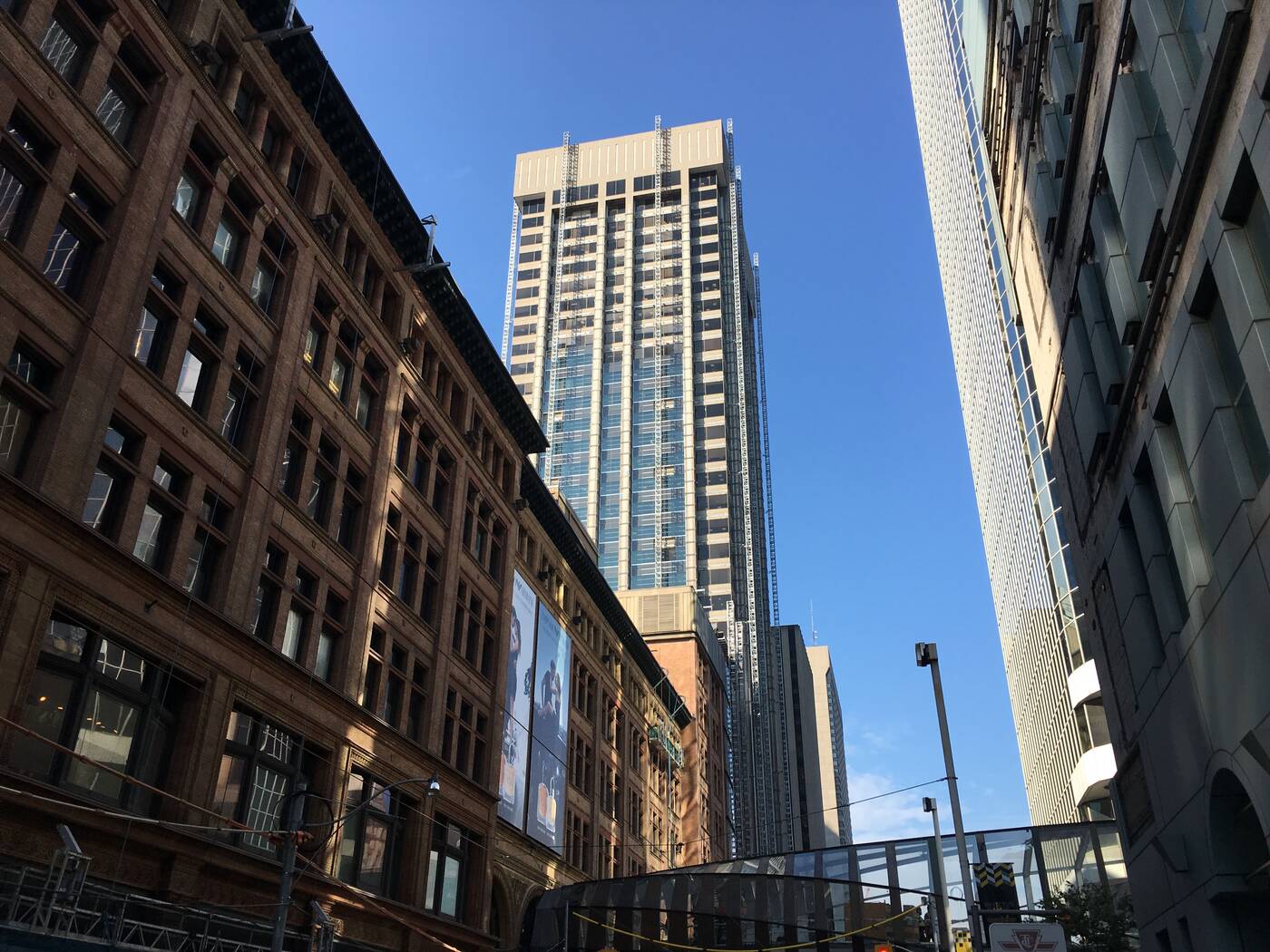 Instead, developers are "recladding" The Simpson Tower. Not everyone is a fan of the project, but it's part of a trend to revamp Toronto's older office towers with shiny new exteriors.

With recladding, the bones of a building remain intact while the "skin" of the structure is changed.

So, as novel and construction-intense as this project may be, Toronto's newest skyscraper is actually pretty old.