A family of raccoons has shut down a Toronto bank

As Toronto approaches a year that will be dominated by coverage of the next mayoral election, let’s try not to forget who our real overlords are: raccoons.

In the most recent battle, we tried to fight the war with raccoon-proof garbage bins. In retaliation, they took it a step further and infiltrated our financial sector.

According to a memo issued to customers, an RBC branch near St. Clair and Oakwood has been taken over by the furry bandits. 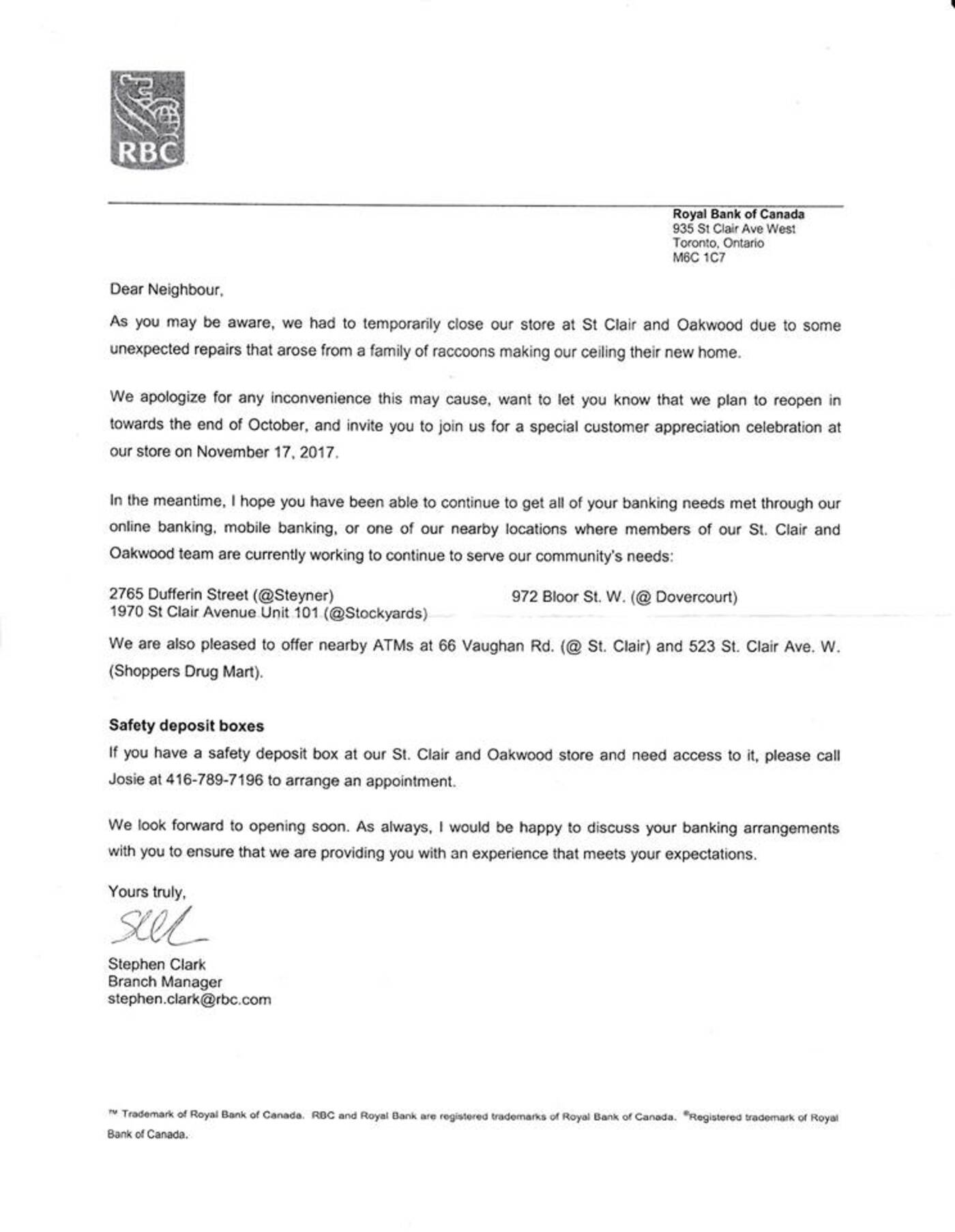 The memo issued to customers of the Oakwood and St. Clair Branch, posted to a local community group on Facebook. Photo from John Smith.

In the note, branch manager Stephen Clark offers customers suggestions on nearby locations and ATMs due to “some unexpected repairs that arose from a family of raccoons making our ceiling their new home.”

First, they took over our transit system. Then, they conquered our airport. Next, our media fell to a young recruit of the evil masked bandits. Do humans have any hope left in this endless war?

The [fallen] RBC branch is expected to be closed until the end of October, and a customer appreciation party will be held when it reopens.

It’s fair to assume the raccoons won’t be invited.