Canada is far from perfect, but folks south of the border still see it as a beacon of kindness, hope and inclusivity.

Back in 2016, Drake placed a giant red and white billboard (well before the sesquicentennial events started cropping up) in Los Angeles, which said, "Let's all get along like they do in Canada." 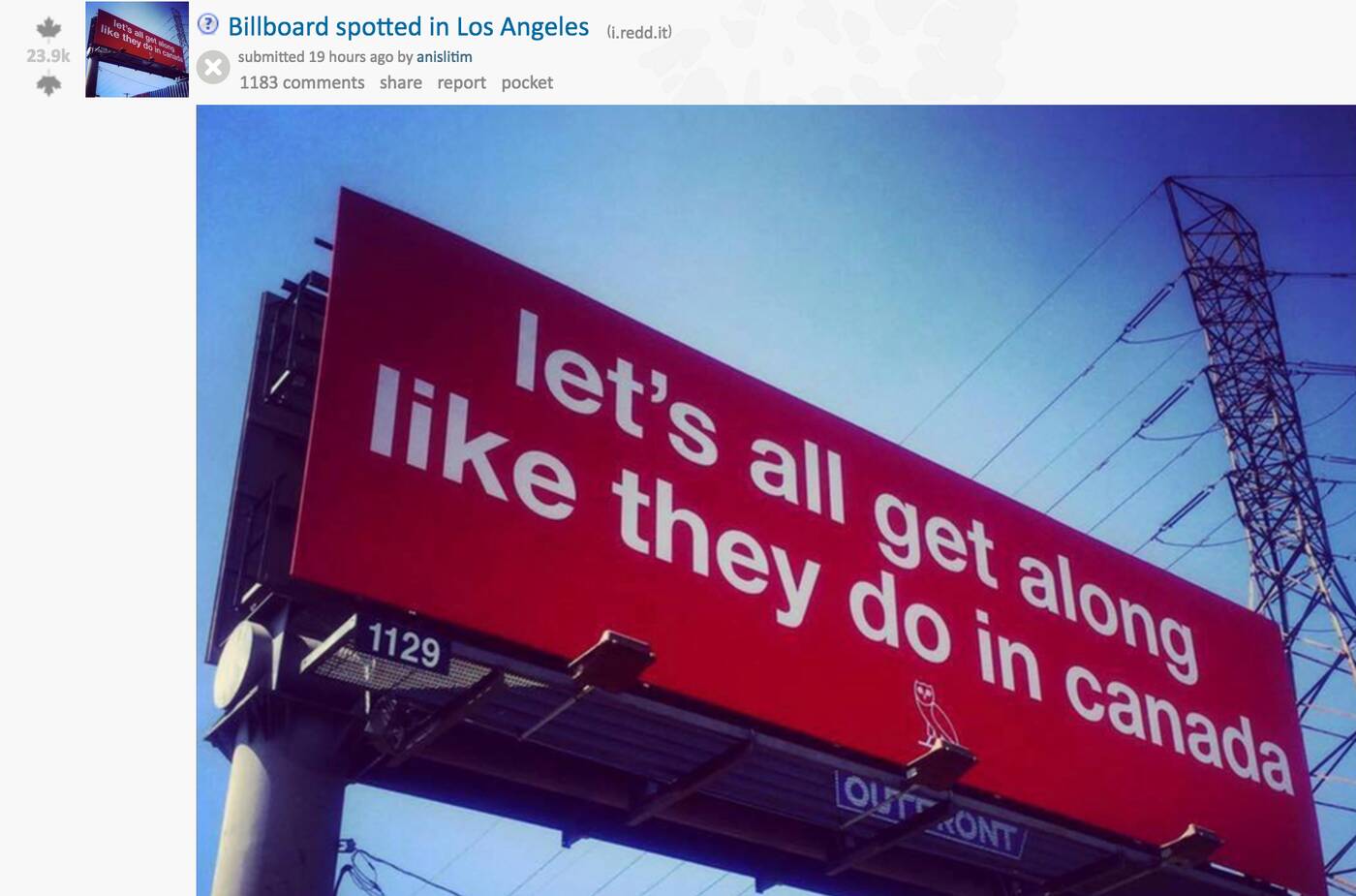 Now, the billboard's been up-voted to the top of r/Canada (on Reddit) because Canada seems to feel smug about this dumpster fire of a week.

It's unclear if the billboard for his LA OVO Store is still up, but people are loving its sentiments regardless.

Drake's no stranger to billboards (including the Billboard chart!). His mysterious signature signs have been spotted all over Toronto too, including outside of a potential new restaurant in the Financial District.