Someone wants to know why Drake didn't save Honest Ed's

Could Drake have saved Honest Ed's? One Torontonian thinks so and launched a t-shirt line to share his message.

Don Giroux, who's the co-creator of new t-shirt line Apologies.ltd, has a t-shirt that's been turning heads around Bloor and Bathurst thanks to some clever posters. 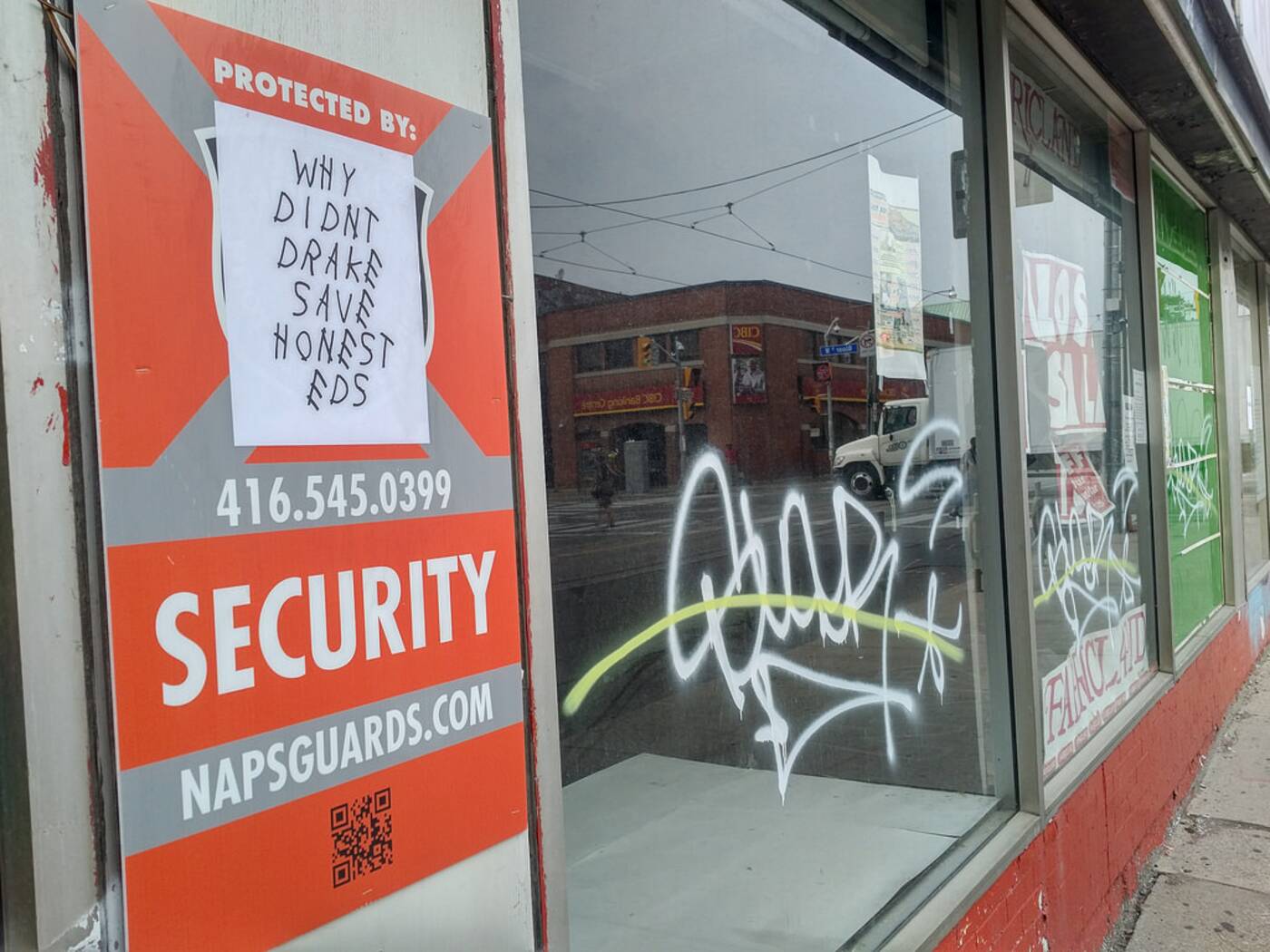 The posters that read, "Why Didn't Drake Save Honest Ed's," are Plastered around the now-sign-less Honest Ed's building.

The posters are meant to ask an honest question, and also sell shirts. "The idea came from my an unexpected deep sadness that I felt walking past Honest Ed's every day and seeing it empty," says Giroux.

"I didn't think I'd ever be feeling so depressed about the loss of a store, but I kept finding myself waking up in the middle of the night and experiencing these feelings that I was not ready to feel. I realized that Honest Ed's was more than a store... it was a work of art..."

Giroux's used his sad-Drake playlist to console him, but the music also sparked a question in his mind: why didn't Drake save Honest Ed's?

"The question haunts me," he says. "And now it's too late. I think Drake could have raised enough of a fuss to save Honest Ed's. I understand that the property is very valuable but we could have worked something out."

The whole thing is tongue-in-cheek, but also comes as a heartfelt response to the pending demolition of Toronto's palace of kitsch.

Giroux, who is a freelance filmmaker and designer by day, created the posters and t-shirt to make people laugh, and maybe help those who might feel the same way about the beloved building.