This is what's going to replace the House of Lancaster

One of Toronto's most notorious strip clubs was sold this spring and soon all traces of it will disappear. Was there any doubt about what would ultimately replace it?

As Urban Toronto reports, the House of Lancaster at 689 the Queensway will become a new townhome development, featuring 55 units. 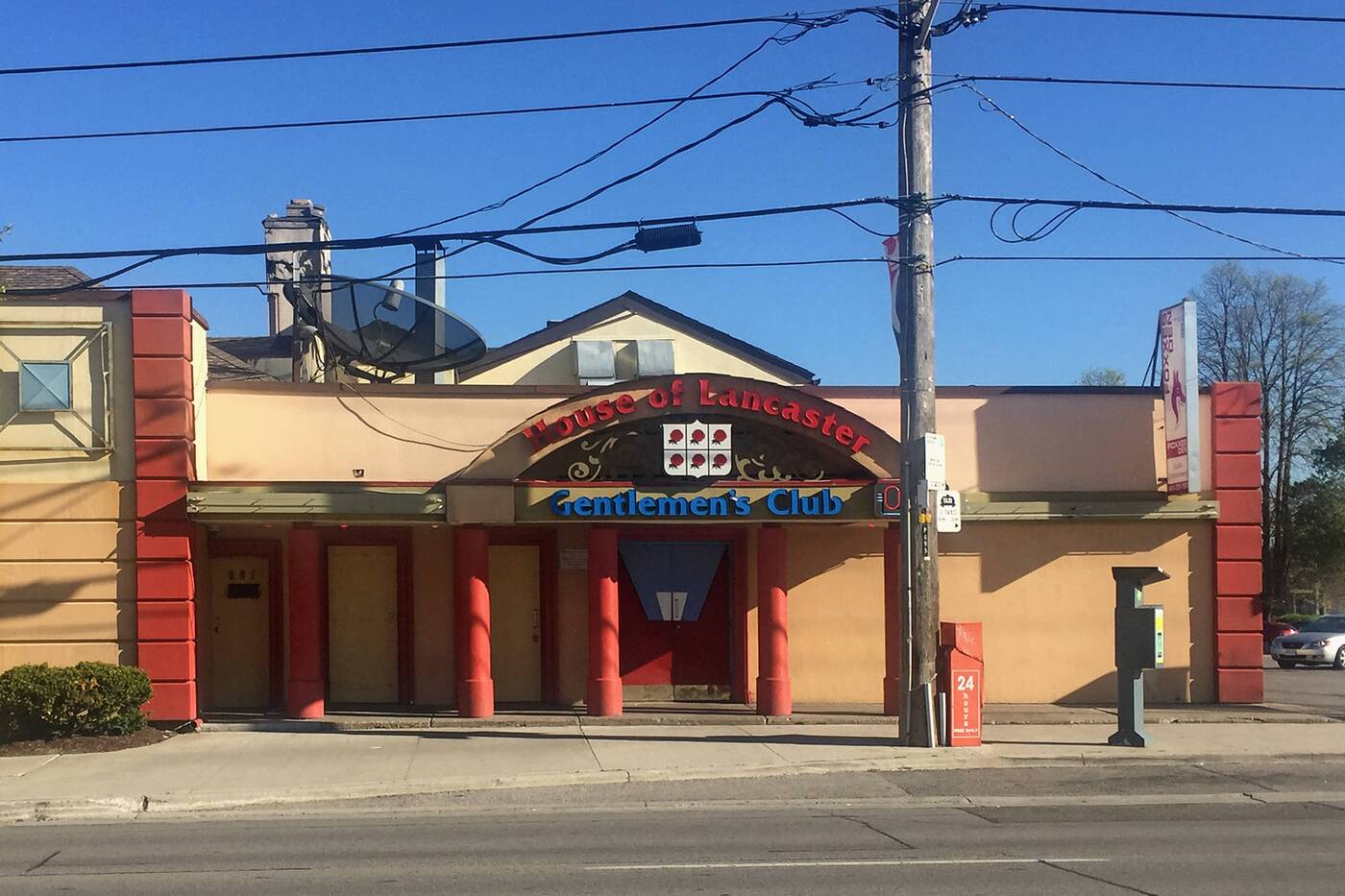 The House of Lancaster strip club. Photo by Derek Flack.

The Royal Q Towns project, from Parallax Development Corporation and IBI Group, will go up on the Queensway between Wesley Street and Penhurst Avenue. Along with residential units, the development will include retail spaces fronting on the Queensway.

While this Etobicoke strip club will soon leave the neighbourhood, the House of Lancaster in Bloordale doesn't seem to be going anywhere.