The saga surrounding the Sam the Record Man sign will finally draw to a close in a few short months. That's because the iconic piece of Toronto music history will shine on in its new home this year.

Work to refurbish the sign has already started and according to Ryerson University, the sign will finally be illuminated atop 277 Victoria St., this fall. The signs were removed all the way back in 2009.

Ryerson's paying for the entire project and Sunset Neon is meticulously restoring the sign. The downtown university bought the Sam the Record Man site back in 2008 and built its snazzy new student centre in its place. 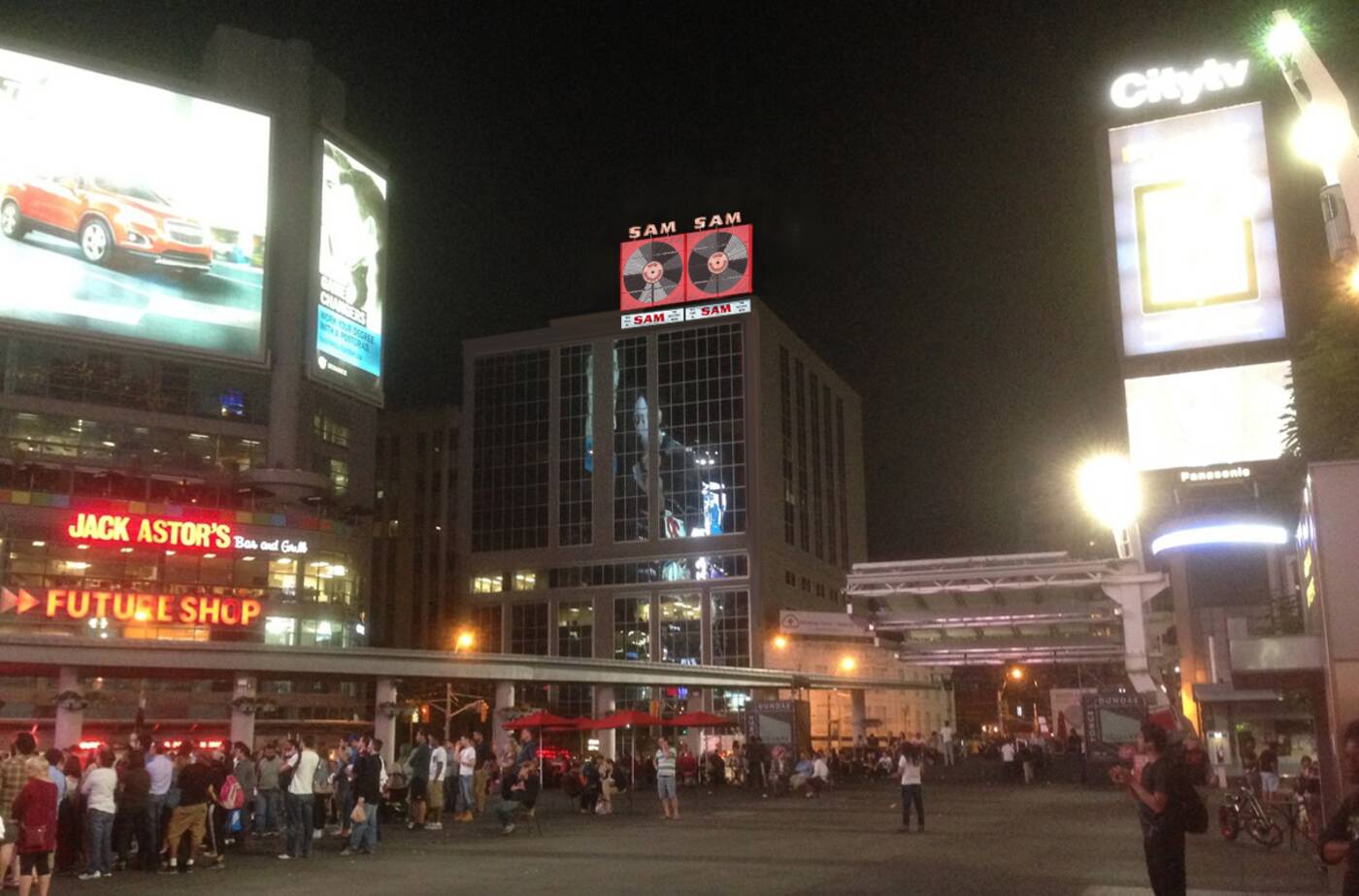 In a news release, Ryerson shared some fun facts about the sign, namely that the record spindle in the centre of the older sign (which dates back to 1969) is actually an old paint can. It's in good working condition, so it'll be staying put.

Victoria Street will soon be home to yet another beloved Toronto sign. The Honest Ed's sign will eventually reinstalled at the Ed Mirvish Theatre's Victoria Street entrance.