A guide to the Toronto Pride Parade for 2017

The Toronto Pride parade route takes over parts of Church, Yonge and Gerrard on June 25.

The streets become ground zero for protests, messages of love, loss, hope and frustration. The annual parade is a chance to give voice to a community that still needs to be heard and understood.

Here's a roundup of key information about this weekend's Pride parade. And, yes, Prime Minister Justin Trudeau will be there.

One of North America's largest pride parades starts at 2 p.m. with over 150 participating groups.

While last year's was historic and might have been the best one ever, the 2017 parade will also prove interesting after what happened between Pride, Black Lives Matter and the Toronto Police. It seems all three groups are still dealing with the events from one year ago.

The parade starts at Yonge and Bloor and ends at Yonge-Dundas Square. A large portion of Bloor Street, east of Bay will be closed as floats and marchers prepare to proceed down Yonge Street.

The parade has known to run over three hours, so arrive early to get a good viewing spot. Artist Kent Monkman is the grand marshal this year. 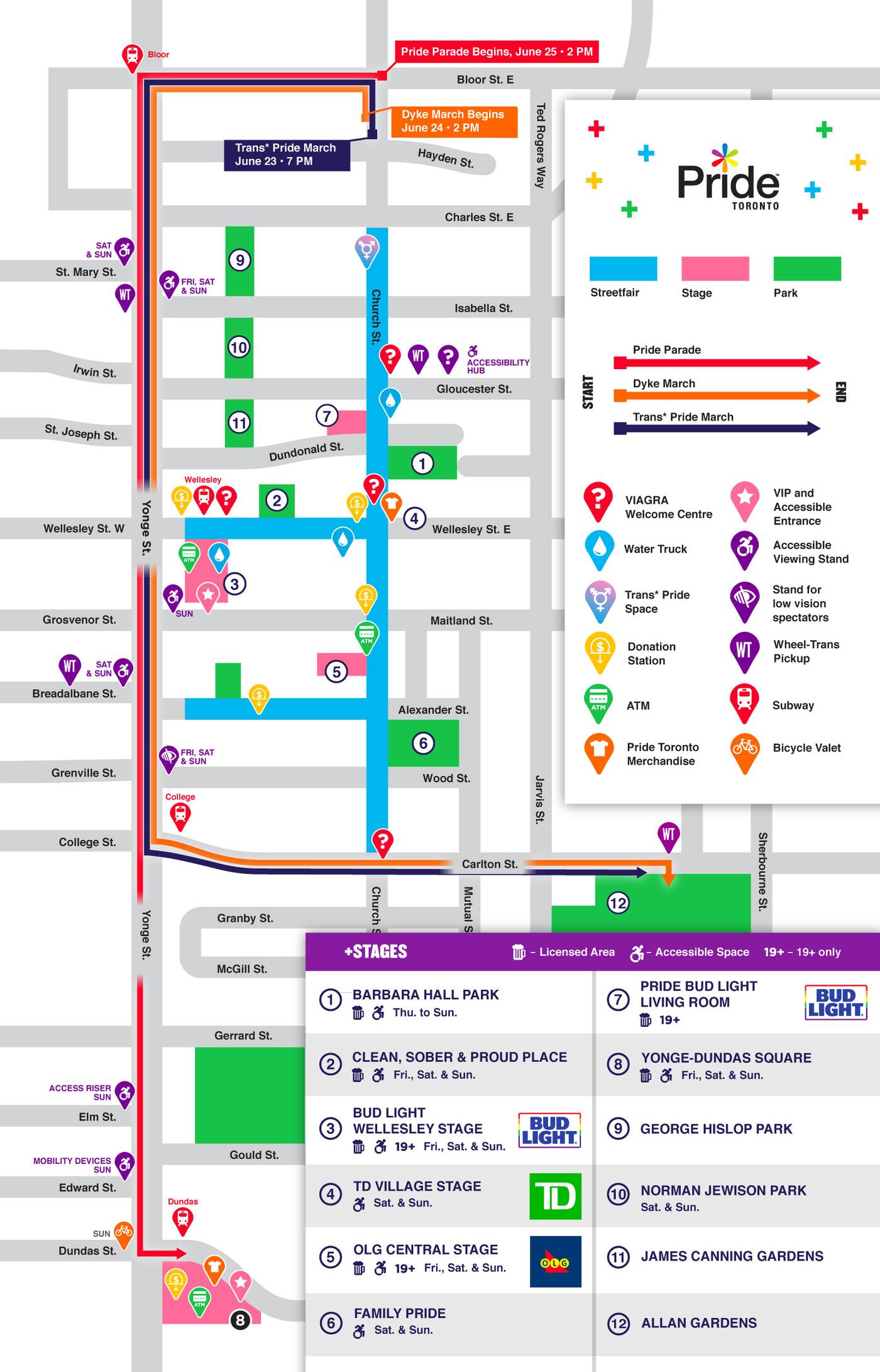