Part of Line 2 will be closed in Toronto this weekend

As summer temperatures are about to grip Toronto, there's another TTC subway closure to slog through once the heat arrives. The central portion of Line 2 will be closed for maintenance on June 10 and 11.

There will be no subway service between St. George and Broadview stations as crews complete track work. Shuttle buses will operate between stations during the shutdown. 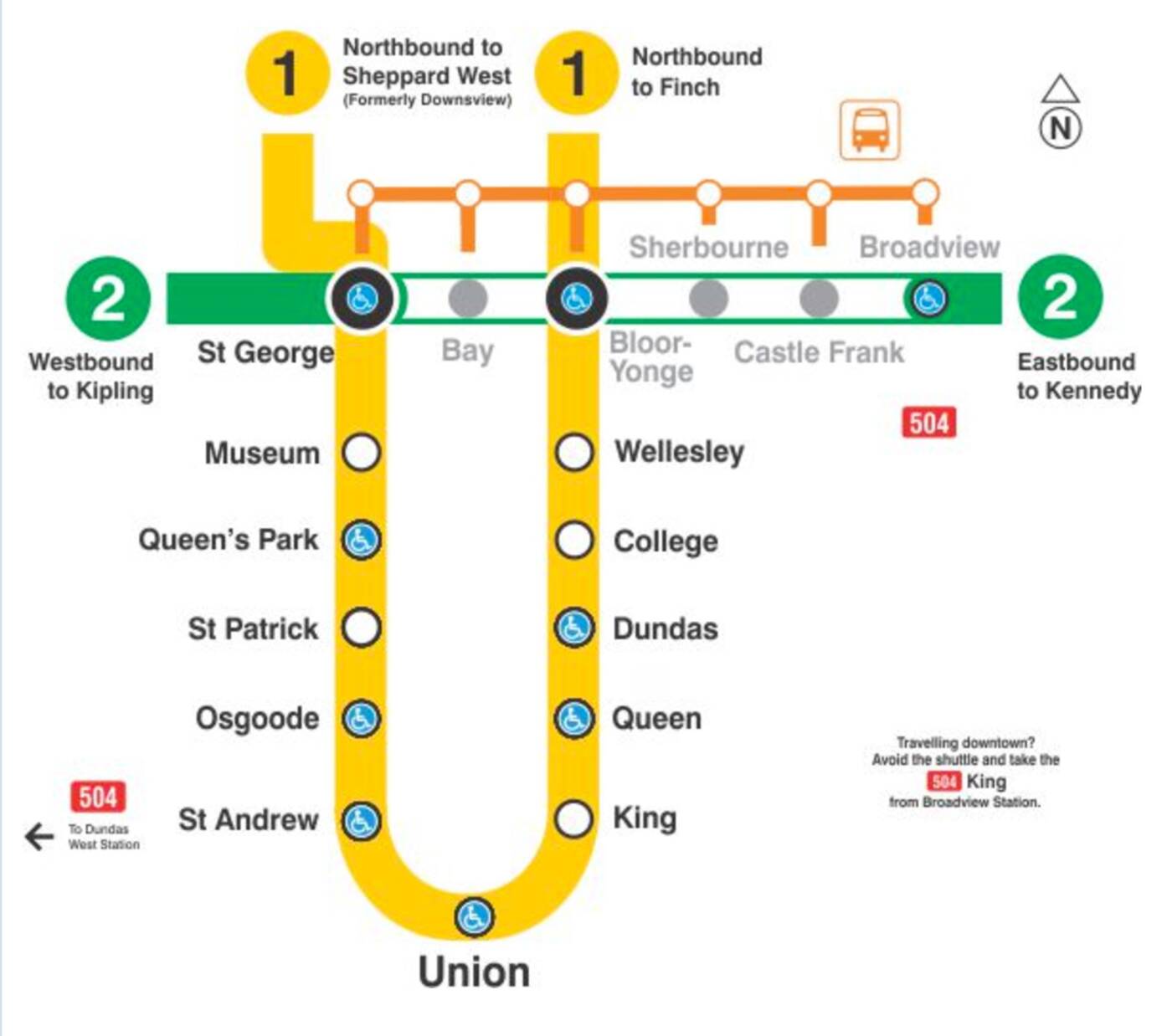 While Bay Station will be completely closed over the weekend, other stations will remain open to sell fares and connect to surface routes.

According to the TTC, there will also be a series of parking restrictions in place to ensure safe and smooth bus operations through the closure. Outside of permit holders, there will be no parking on Erindale Avenue between Broadview and Ellerbeck from 3:30 a.m. Saturday to midnight Sunday.

Additionally, "street parking on Prince Edward Avenue between St George Street and Bedford Road will be temporarily restricted for safe bus operations," reads a note on the TTC website.

The TTC recommends that riders headed downtown from the east side consider taking the 504 streetcar from Broadview as a way to bypass the closure.

There are also a host of diversions on surface routes this weekend thanks to various events throughout the city. The big one is the Portugal Day Parade, which will close Lansdowne Ave. on Saturday, June 10, but do check to the TTC's roundup of other routes affected this weekend.

Regularly scheduled subway service will resume when the system opens on Monday, June 12.