Get ready for a scary commute home thanks to flooded roadways around Toronto. Parts of Lake Shore Boulevard were closed earlier today and the Bayview Extension remains shut down heading into the afternoon rush hour.

The Toronto and Region Conservation Authority has issued a flood watch for the city. We've already been hit with 45 millimetres of rain today, smashing a daily rainfall record set in 1953.

"Environment Canada has also forecasted another 10-20 mm of rain where it will then taper off this afternoon. Water levels within TRCA’s watercourses are rising due to the rainfall and there is the potential that water levels will exceed its riverbanks resulting in riverine flooding," reads the flood watch report. 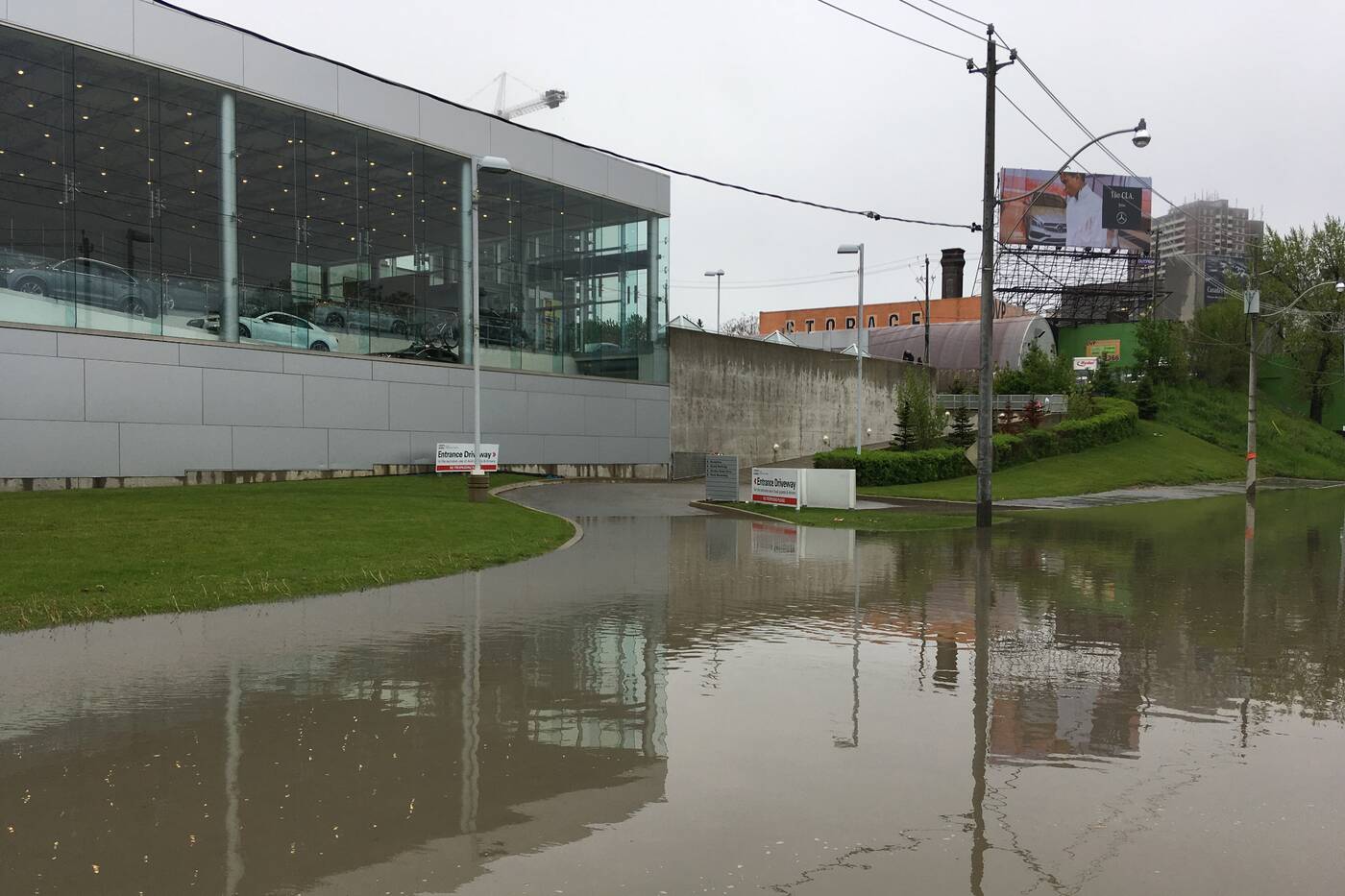 The Bayview Extension is under water.

The 4:30 and 5:15 p.m. Richmond Hill GO trains are also being rerouted this afternoon. The Don Valley Parkway is already jammed, though it too is under a flood watch.

blogTO of the Bayview Extension