New park could reconnect Toronto with the waterfront

As most drivers who commute via the Gardiner Expressway know, the city is currently at work demolishing the circular off ramp to York, Bay, and Yonge streets. It's put a major strain on traffic, but it's also opened up the possibility for a new public space in Toronto.

Once the off ramp has been demolished, city crews will build a new one with a much smaller footprint. The idea is to open up the city to the waterfront by removing this central barrier, which will deliver an improved streetscape and better pedestrian connections. 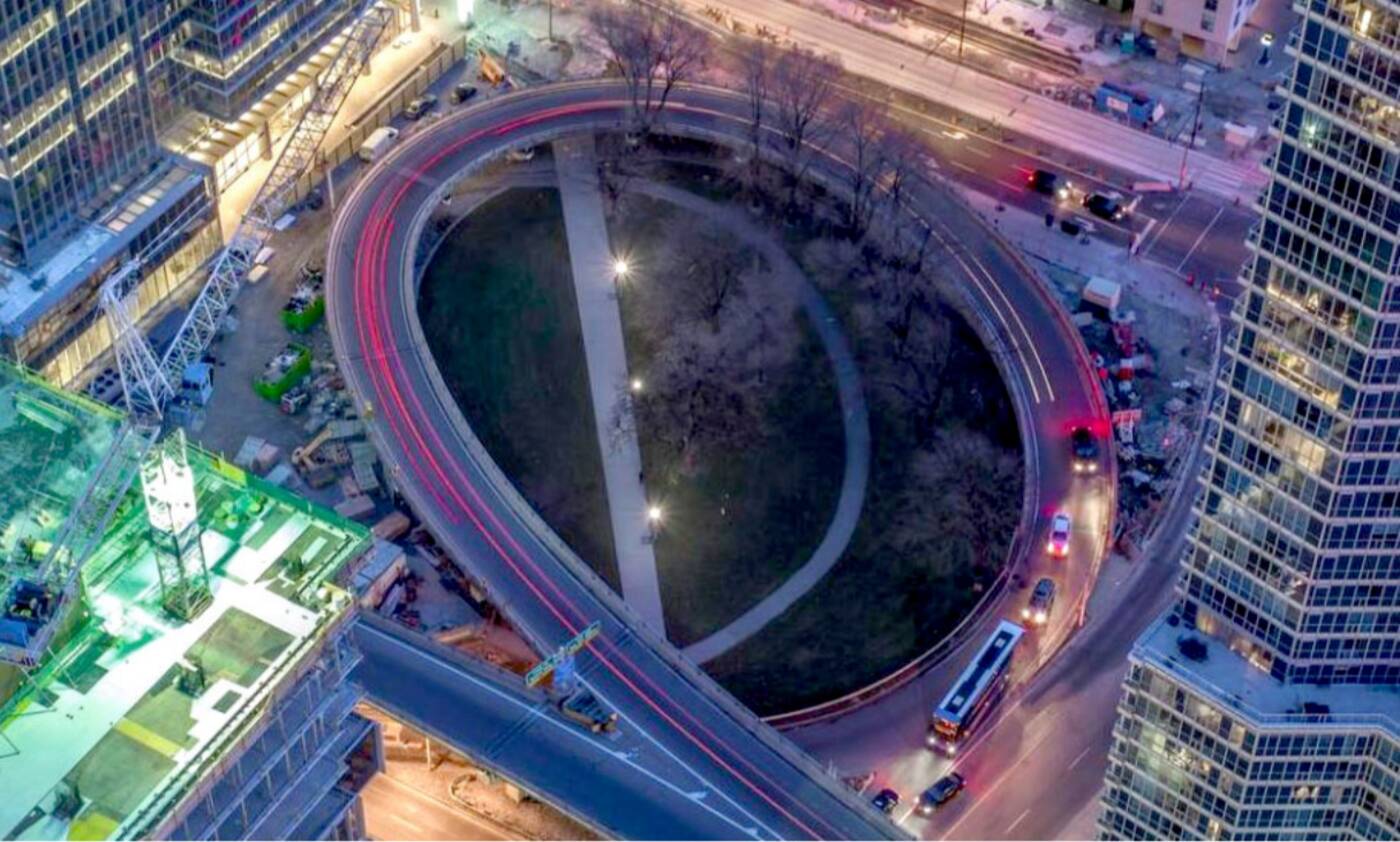 The existing circular off ramp is being demolished. Photo via the Daniels Faculty of Architecture, Landscape, and Design.

While there's already a green space at the centre of the off ramp, the biggest opportunity posed by this reconfiguration is a new park. The Toronto Parks Department will take over the space once the construction work on the ramp wraps up.

Because the land won't be transferred until next year, there are no official plans for this park yet. We do, however, have a sense of the potential here thanks to the work of landscape architecture students at U of T. 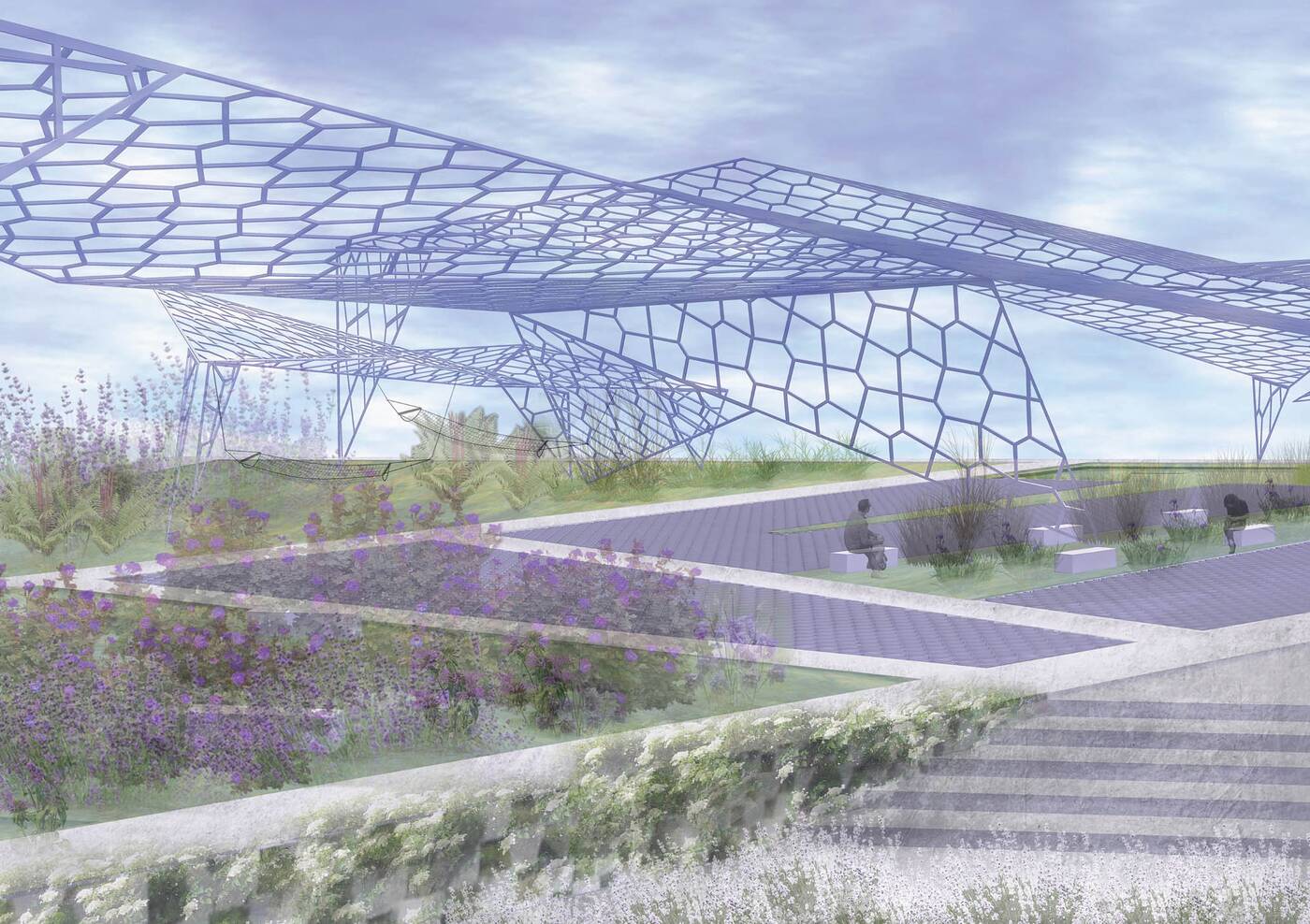 The class put together a series of proposals for the space under the guidance of instructors Shadi Ramos and Leslie Morton. They imagine a gateway to the waterfront that would make use of the storm water basins in the area and/or the former footprint of the ramp. 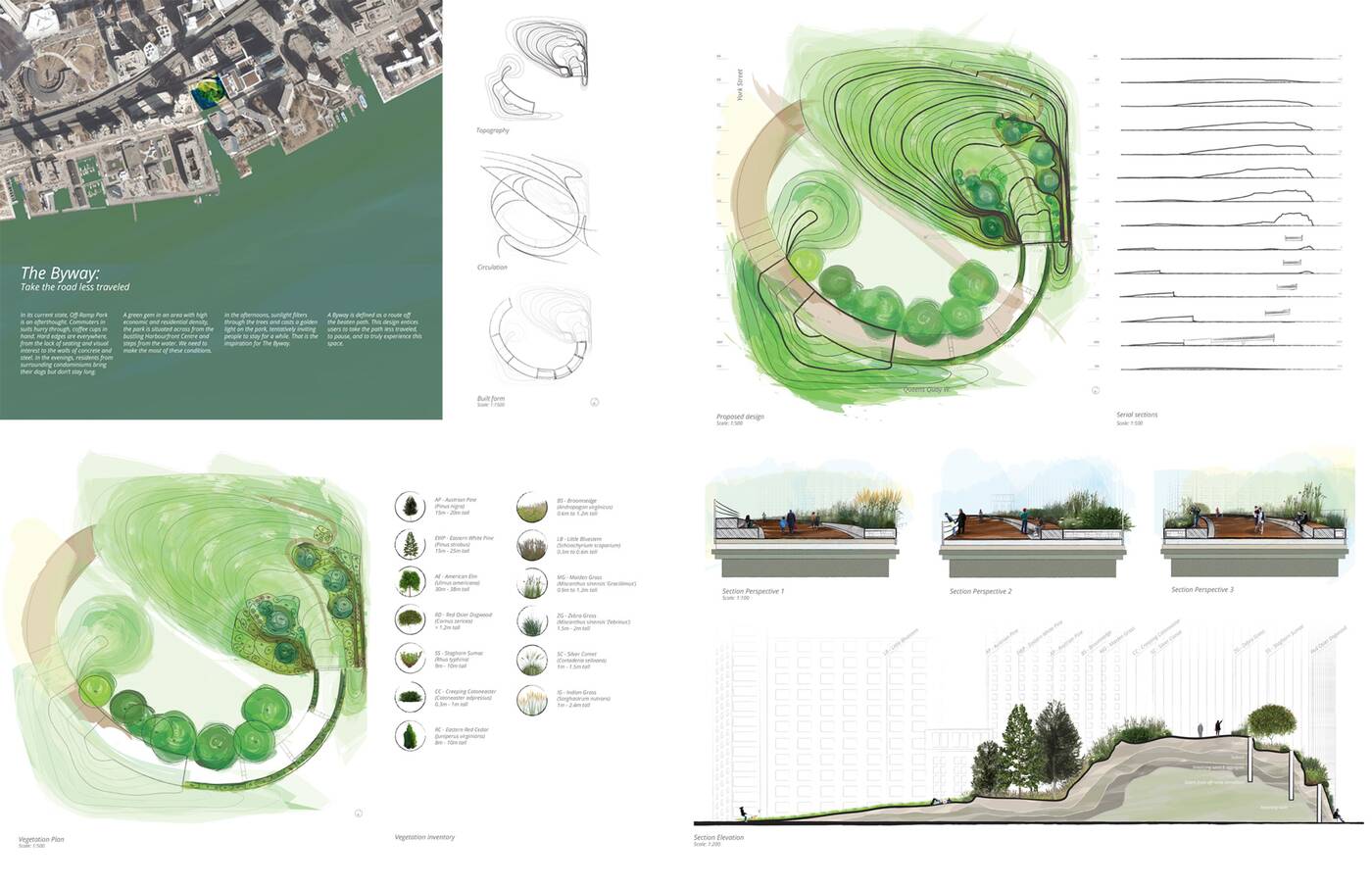 Thevishka Kanishkan's imagines a park rich with trees and a circular walking path.

The challenge posed to the students was precisely the one the city will face in determining what to do with the space. How can we revitalize an underused urban area with an ambitious design that will reanimate a key part of Toronto? 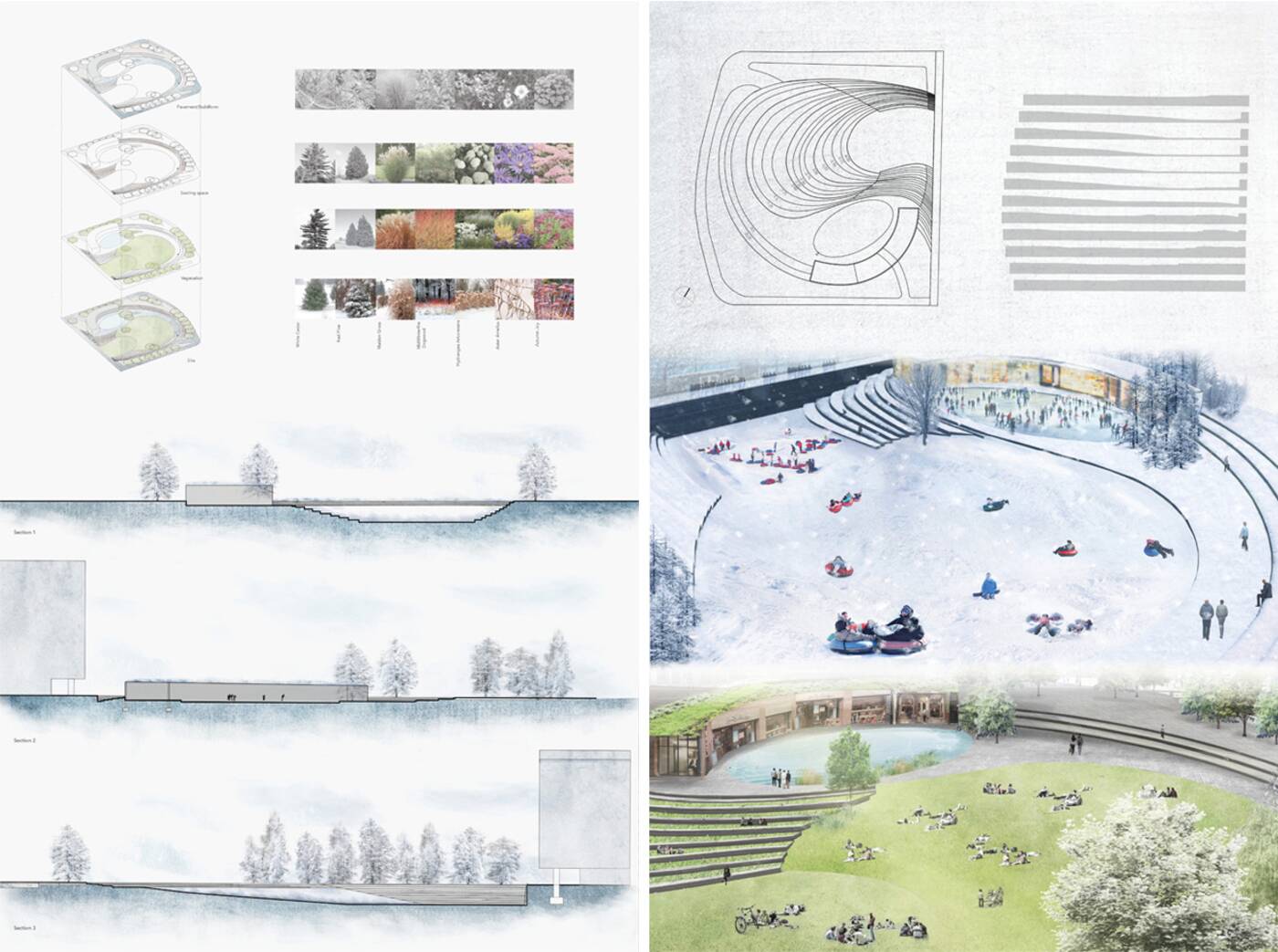 It's worth noting that representatives from both the City of Toronto and Waterfront Toronto were on hand to reviews the submitted work. According to Morton, they were impressed by what they saw and are committed to the idea of what might be called Off Ramp Park.

Toronto is slowly embracing the potential hidden in the spaces around the Gardiner with projects like Underpass Park and the Bentway. This would be a most welcome addition to the trend.