Two of the TTC's new stations on the Toronto-York Spadina Subway Extension are so close to completion that the public will get a sneak peek of them at Doors Open later this month, but the rest of the line is shaping up quite nicely as well. 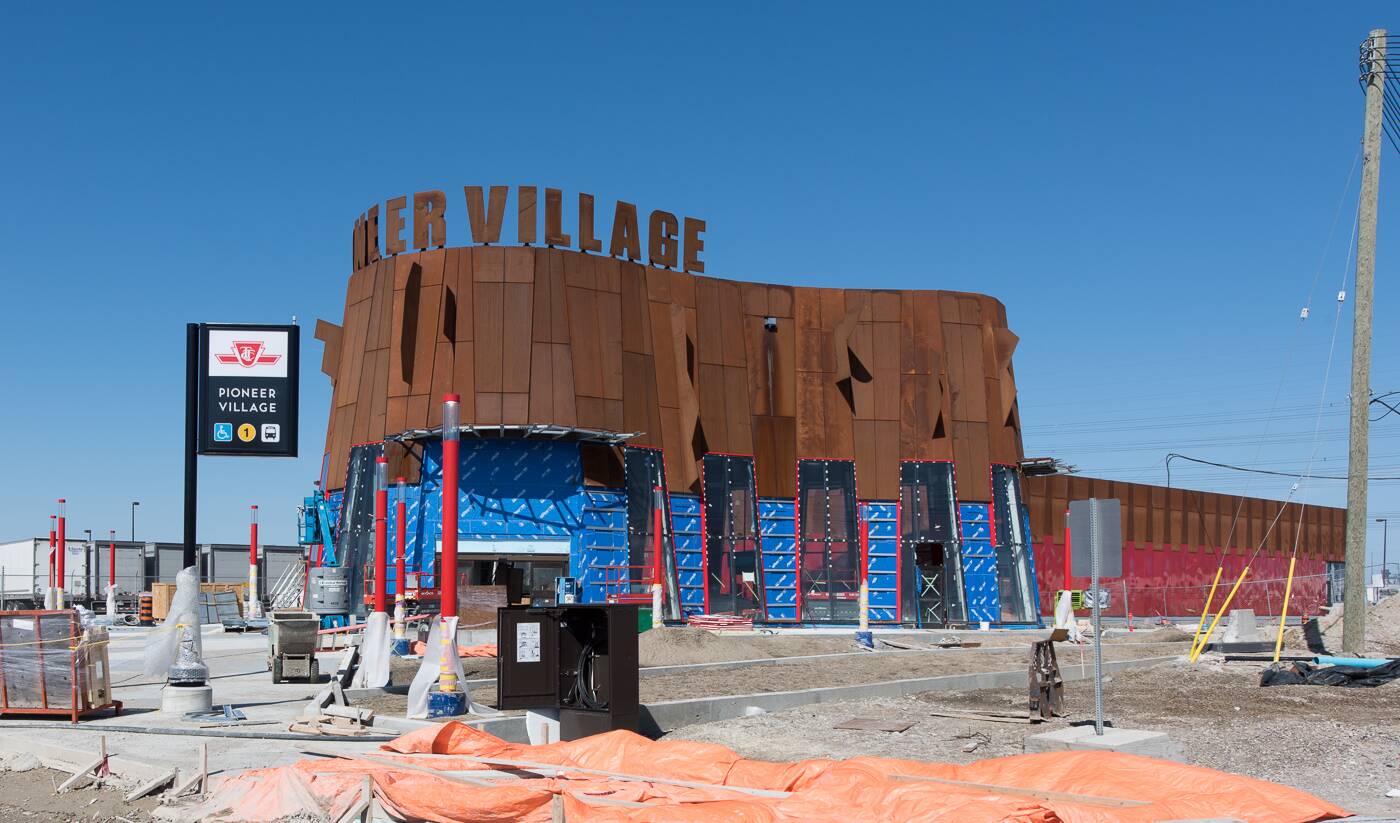 A view of the main station entrance. Photo courtesy of the TTC.

One of the more intriguing new stops on the line is the Will Alsop-designed Pioneer Village Station. It hasn't got quite the attention that's been foisted upon neighbouring York University Station, but it's beginning to look impressive in its own right.

The enormous overhang/port corchere on the southeast side of the station. Photo courtesy of the TTC.

It starts with dual entrances marked by rusty steel and crowned by the station's name, but the exterior might be even more impactful as it builds to an enormous port corchere and gateway to the northwest side of York's campus at the opposite end. 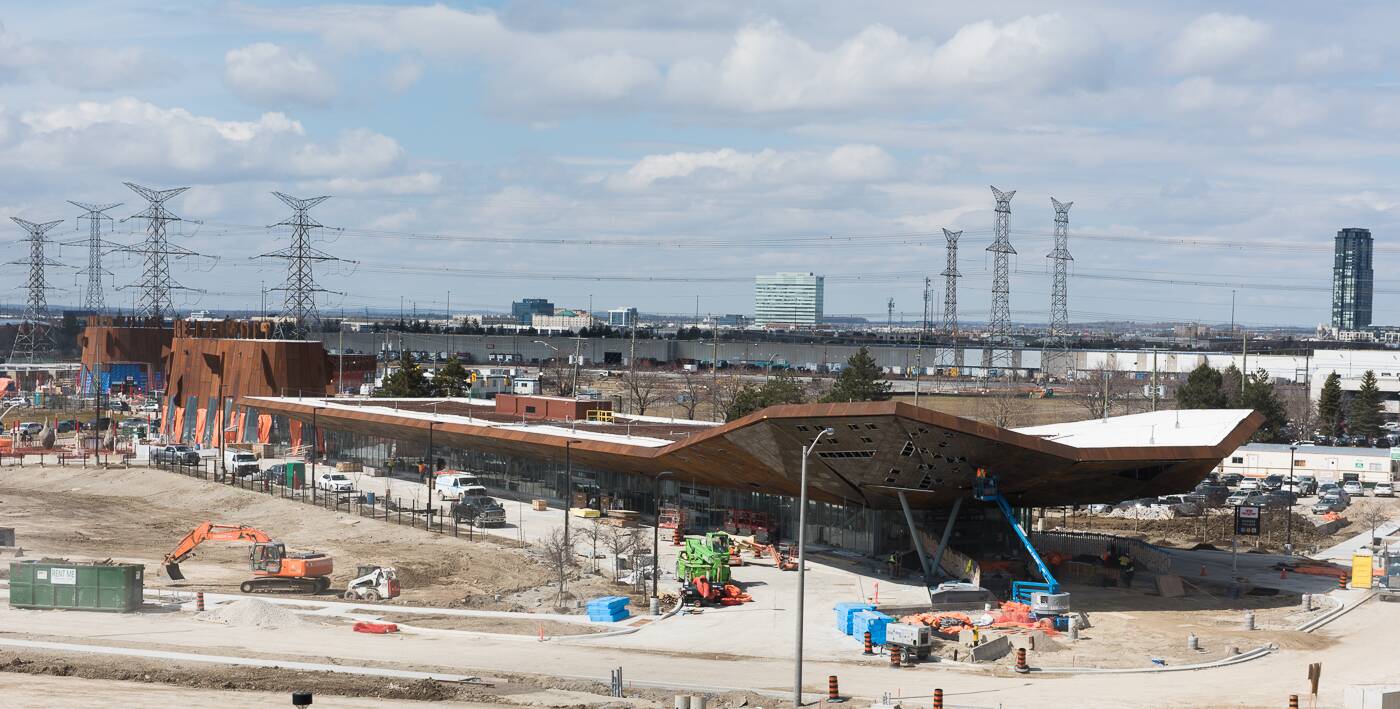 Wide view of the station looking northwest. Photo courtesy of the TTC.

These contemporary suburban subway stations really take advantage of all the space they have to make architectural statements that weren't as easy to pull off when Line 1 and 2 were first plotted out. Many are also built as hubs that connect with other transit providers. 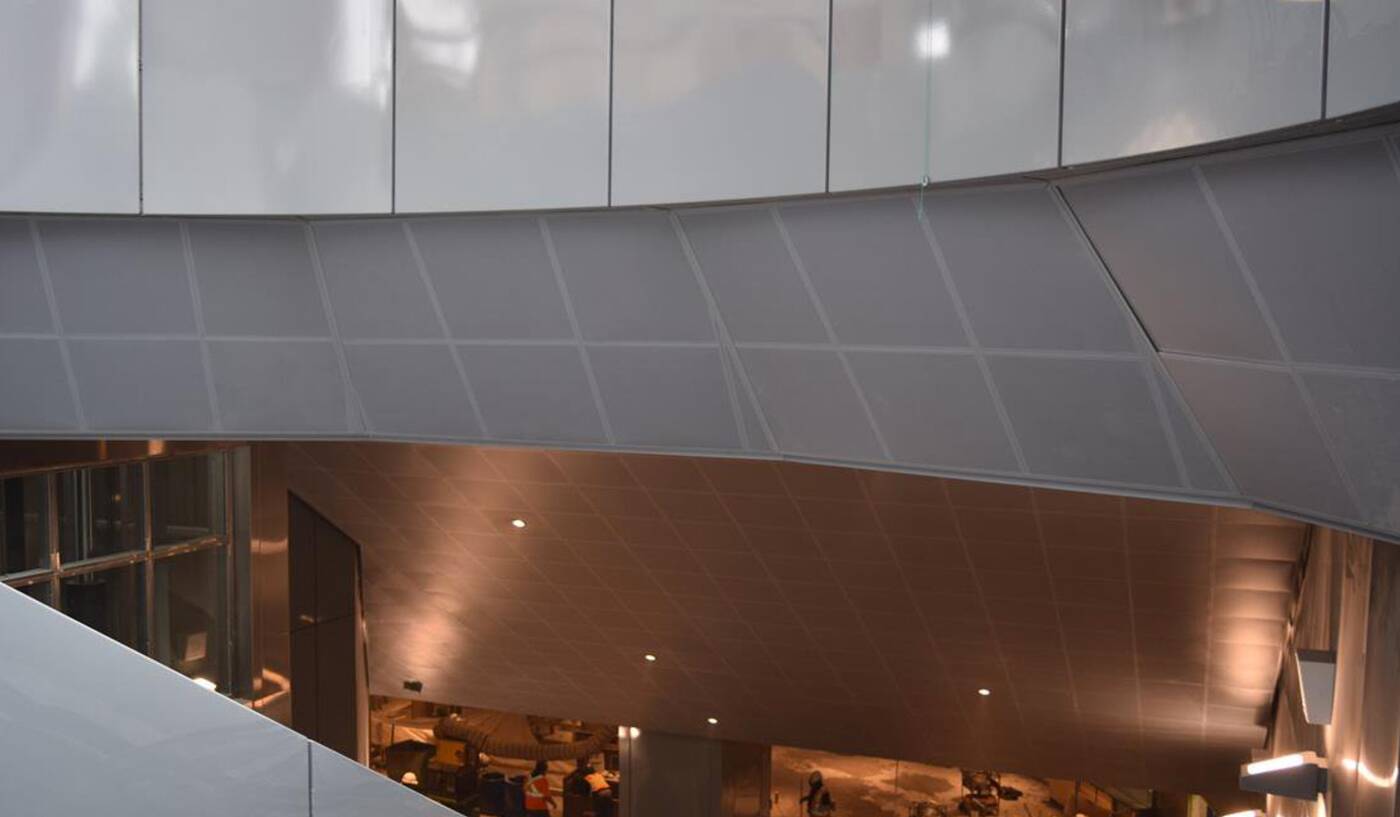 Escalators heading down from the entrance of the station. Photo courtesy of the TTC.

The interiors are a bit more utilitarian—as many would argue they should be given the budgetary constraints—but they feature more open designs than the older stations to ensure that sunlight filters down as far as possible. 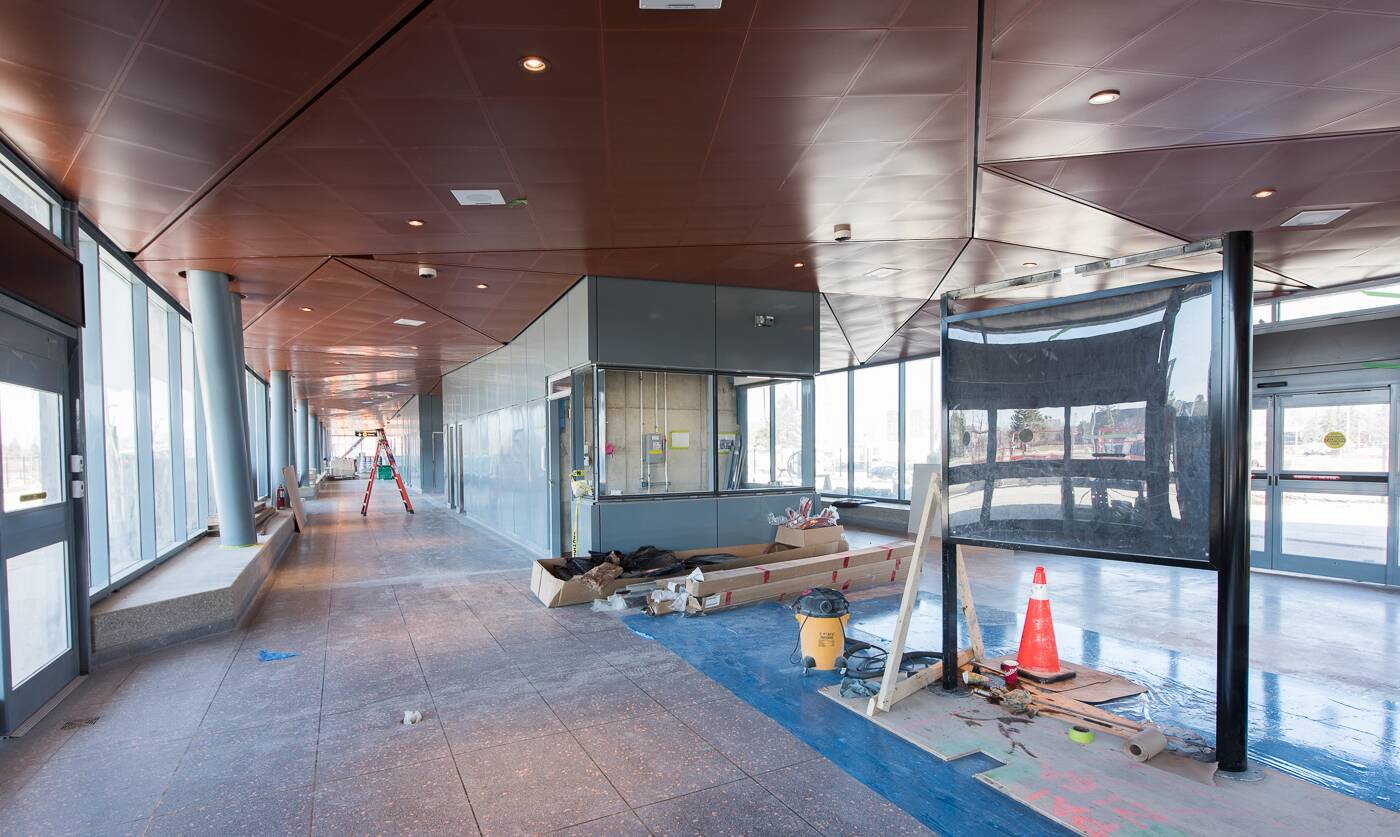 A view of the bus terminal corridor. Photo courtesy of the TTC.

Pioneer Village Station features a long glass corridor (the top of which boasts a green roof) that delivers passengers to connecting bus routes and allows those headed to York to enjoy some protection from the elements.

Obviously there are some finishing touches required, but this is another grand-looking subway station that's entering the final stages of construction. It's sometimes hard to believe, but it certainly looks like the Spadina Extension is on track to open on time in December.