Those visiting High Park yesterday were likely surprised to see some forested areas set ablaze and huge plumes of smoke trailing above Grenadier Pond and the surrounding area. 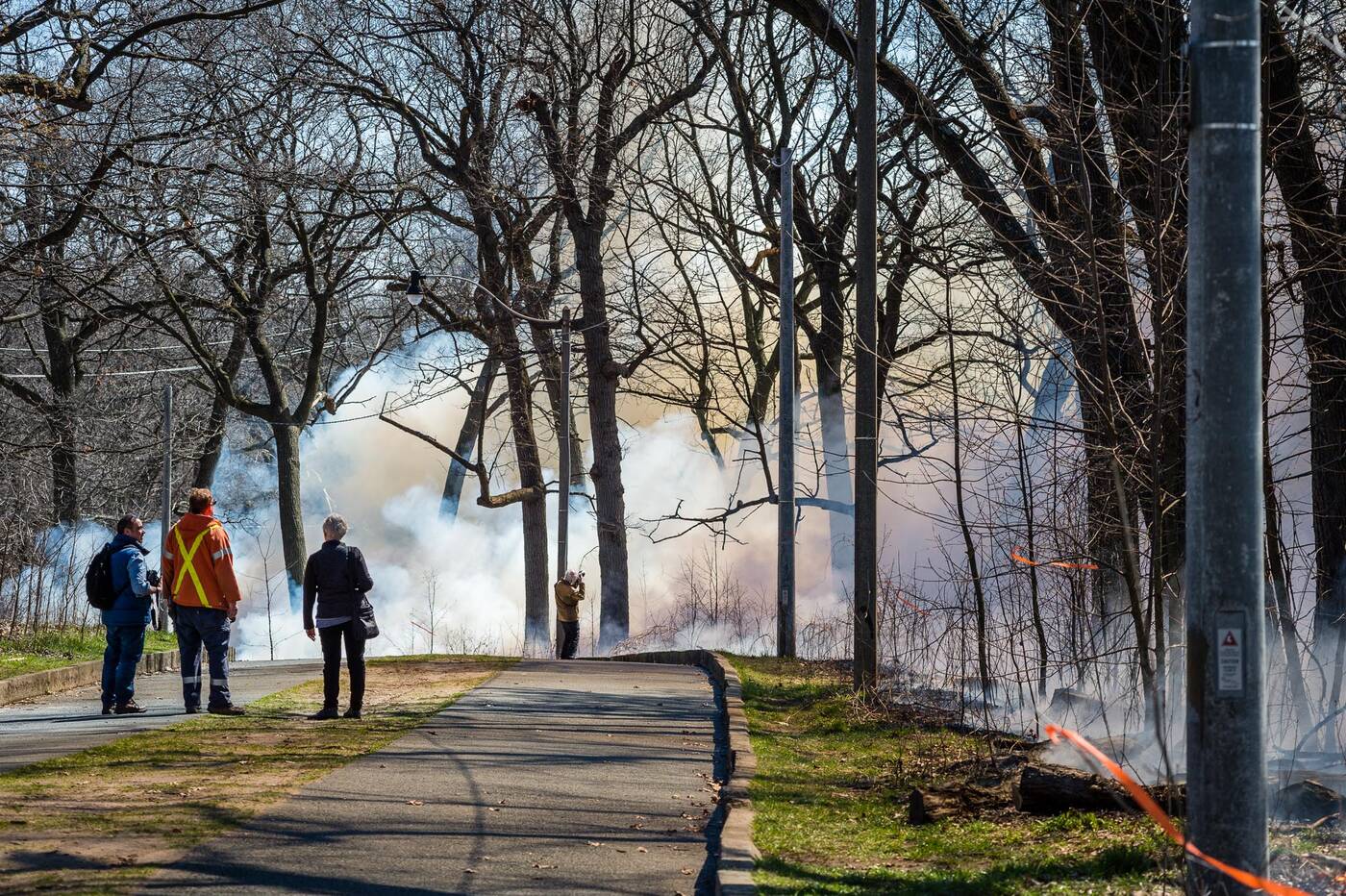 The dramatic-looking scene came courtesy of Toronto's Parks, Forestry & Recreation department, who were conducting what's alternately referred to as a controlled or prescribed burn. 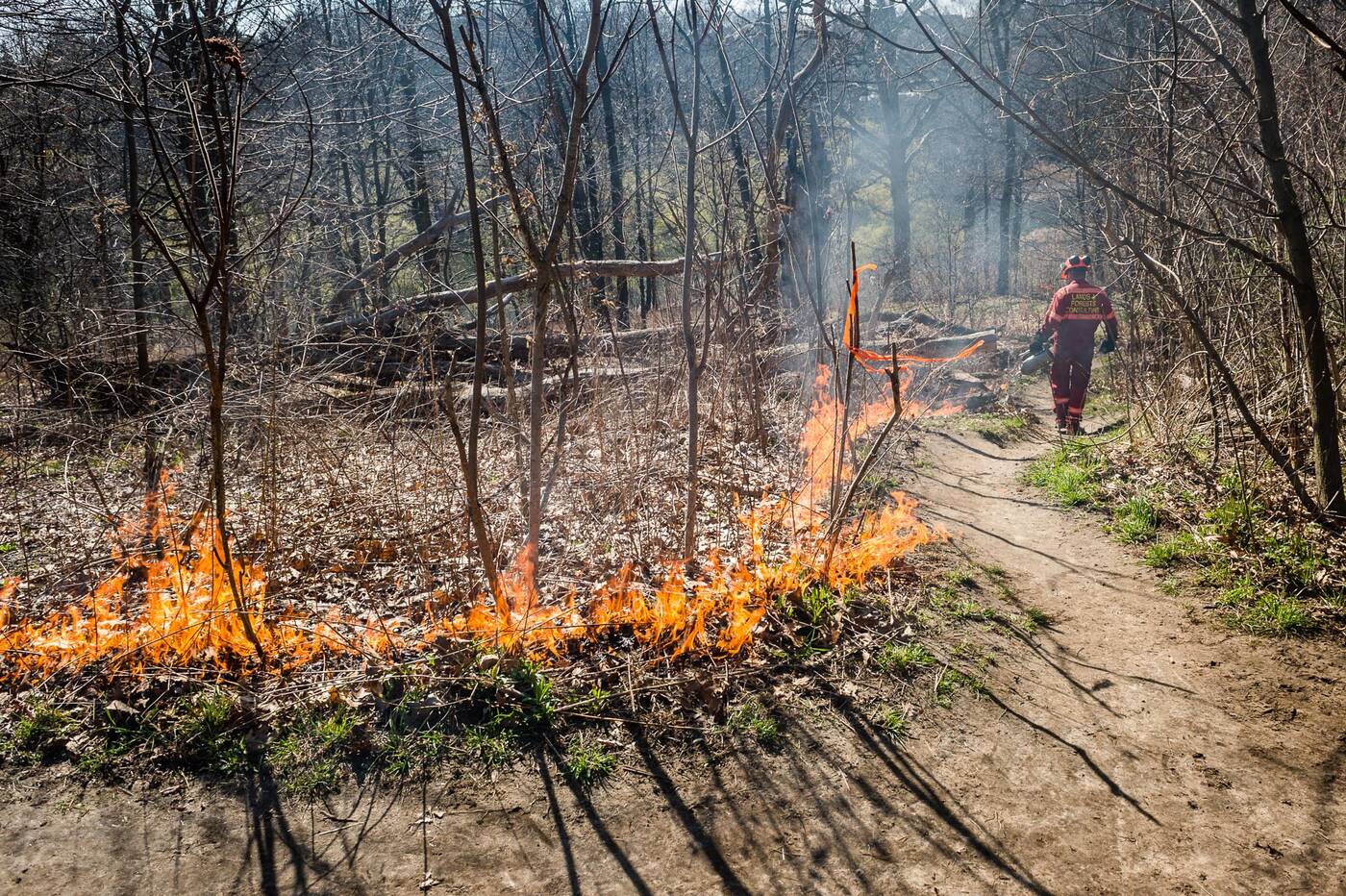 "A prescribed burn is a deliberately set and carefully controlled fire that burns low to the ground and consumes dried leaves, small twigs and grass stems but does not harm larger trees," explains a city press release. 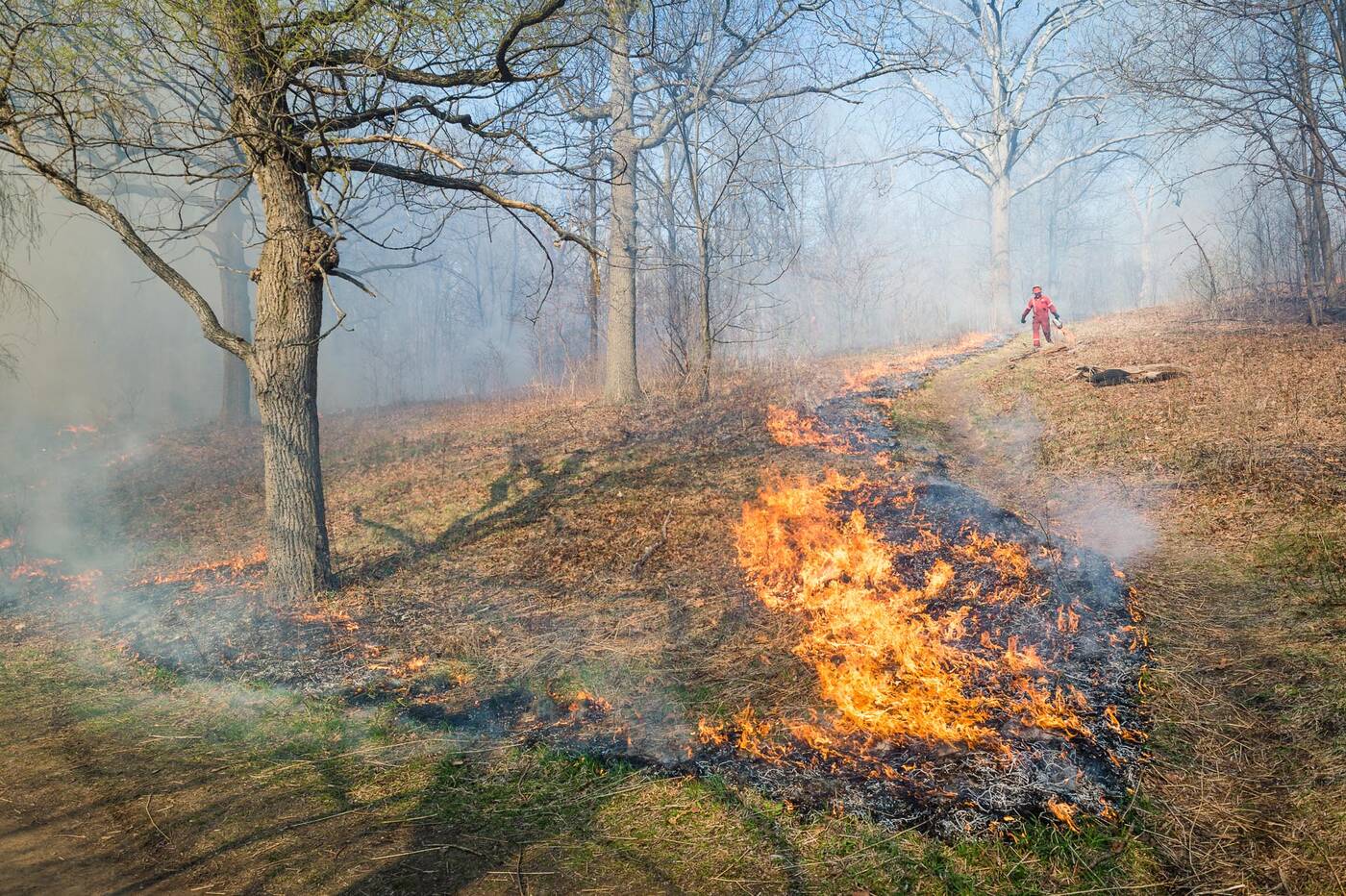 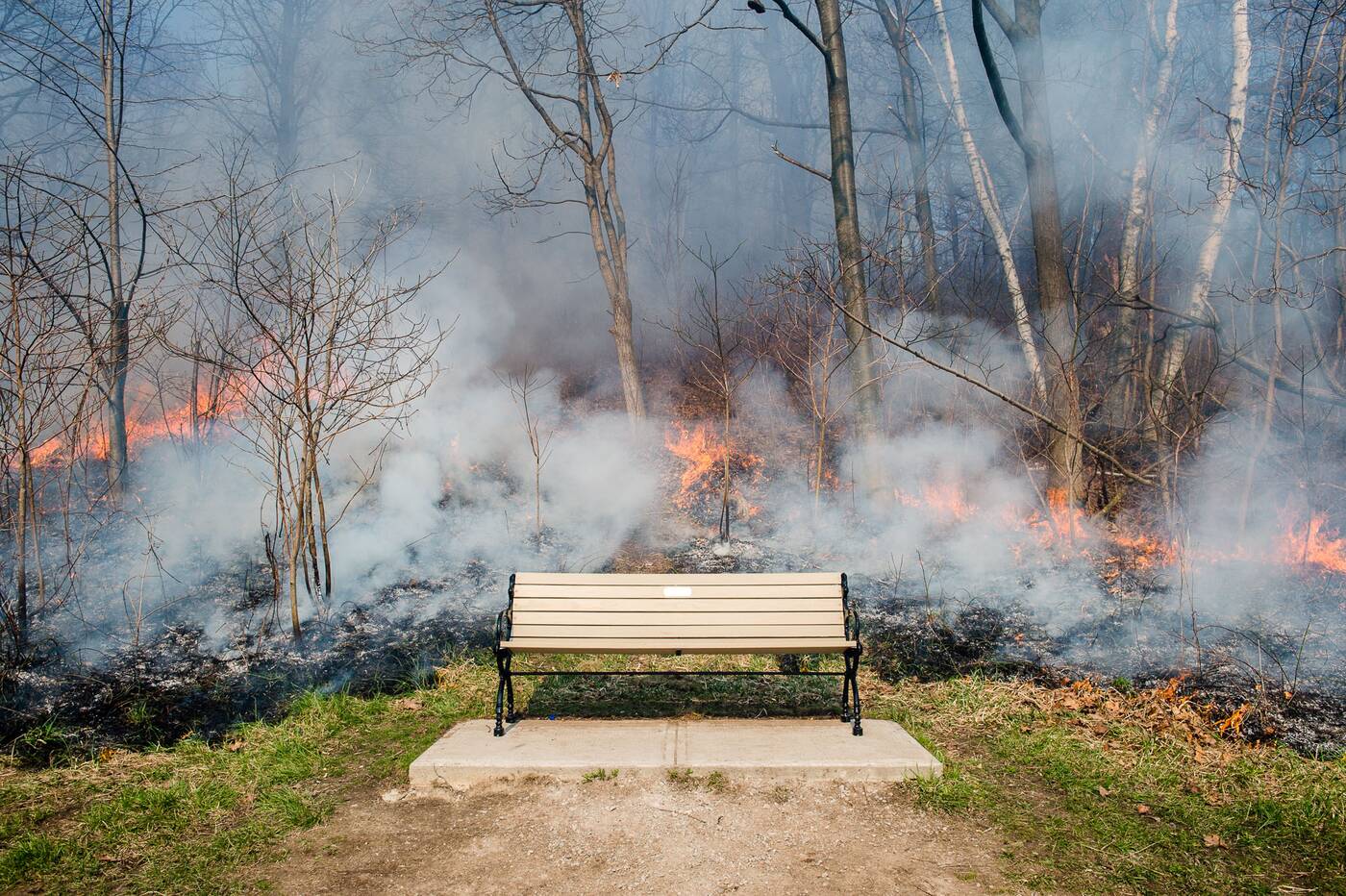 Thanks to ideal conditions, the scene was a tad less disaster movie-like than we've seen in previous years, when smoke rolled over Parkside Drive much to the dismay of passing drivers. 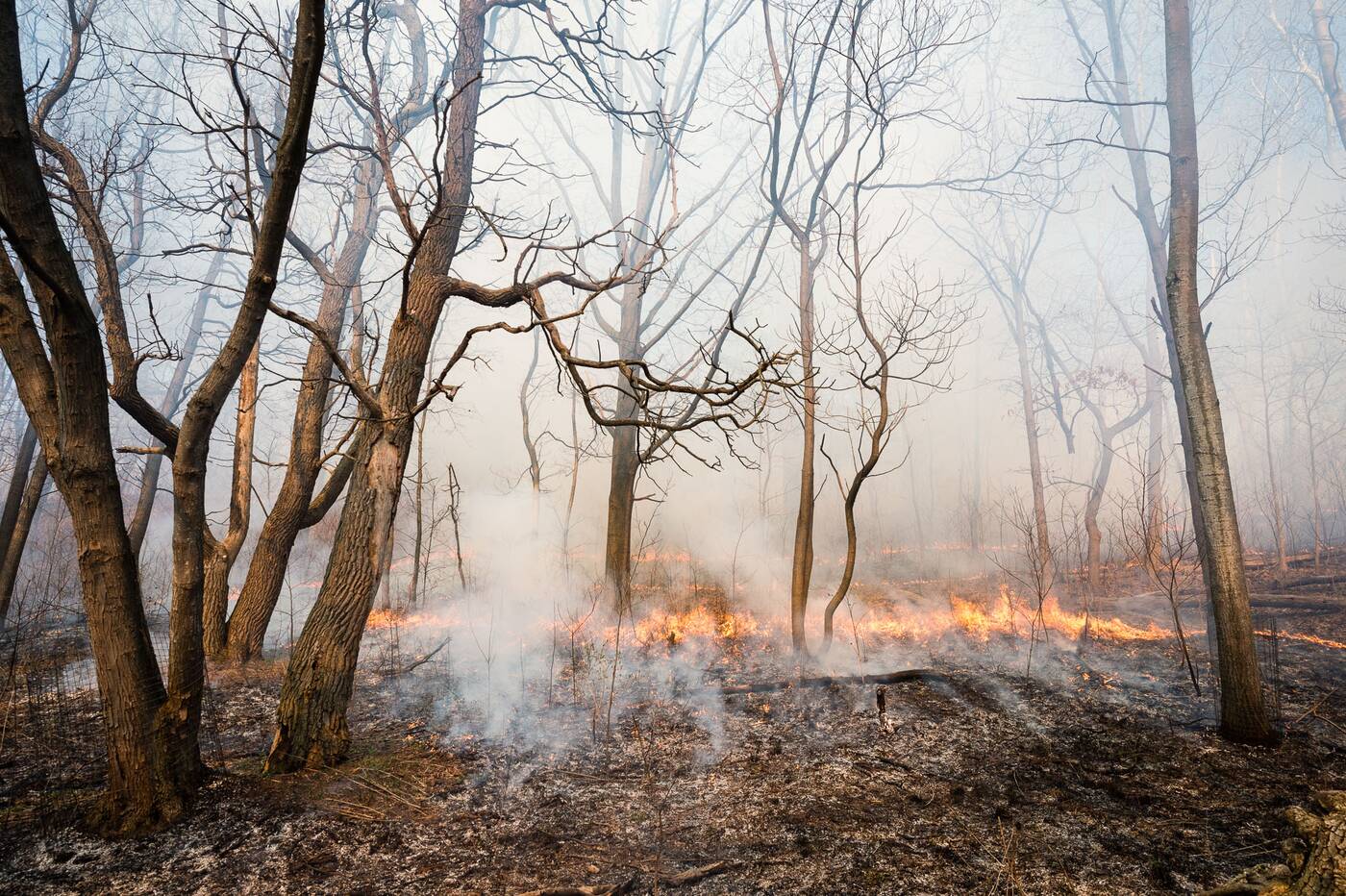 Everything remained easily in the control of fire officials throughout the afternoon, even if there were at least a few moments that looked adequately scary. 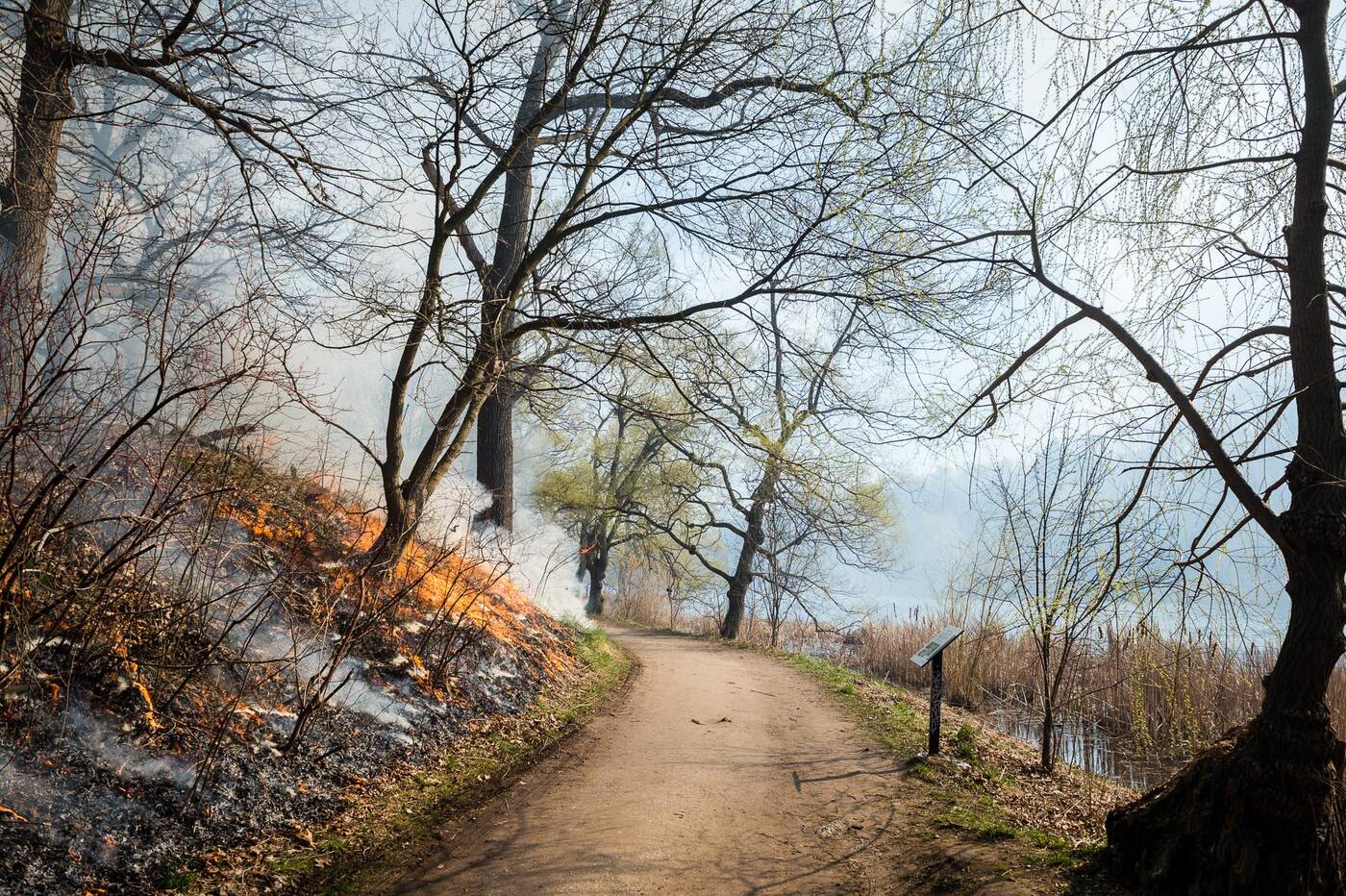 By late afternoon, the smoke had cleared from the park, paving the way for the next apocalyptic scene: the annual cherry blossom frenzy. 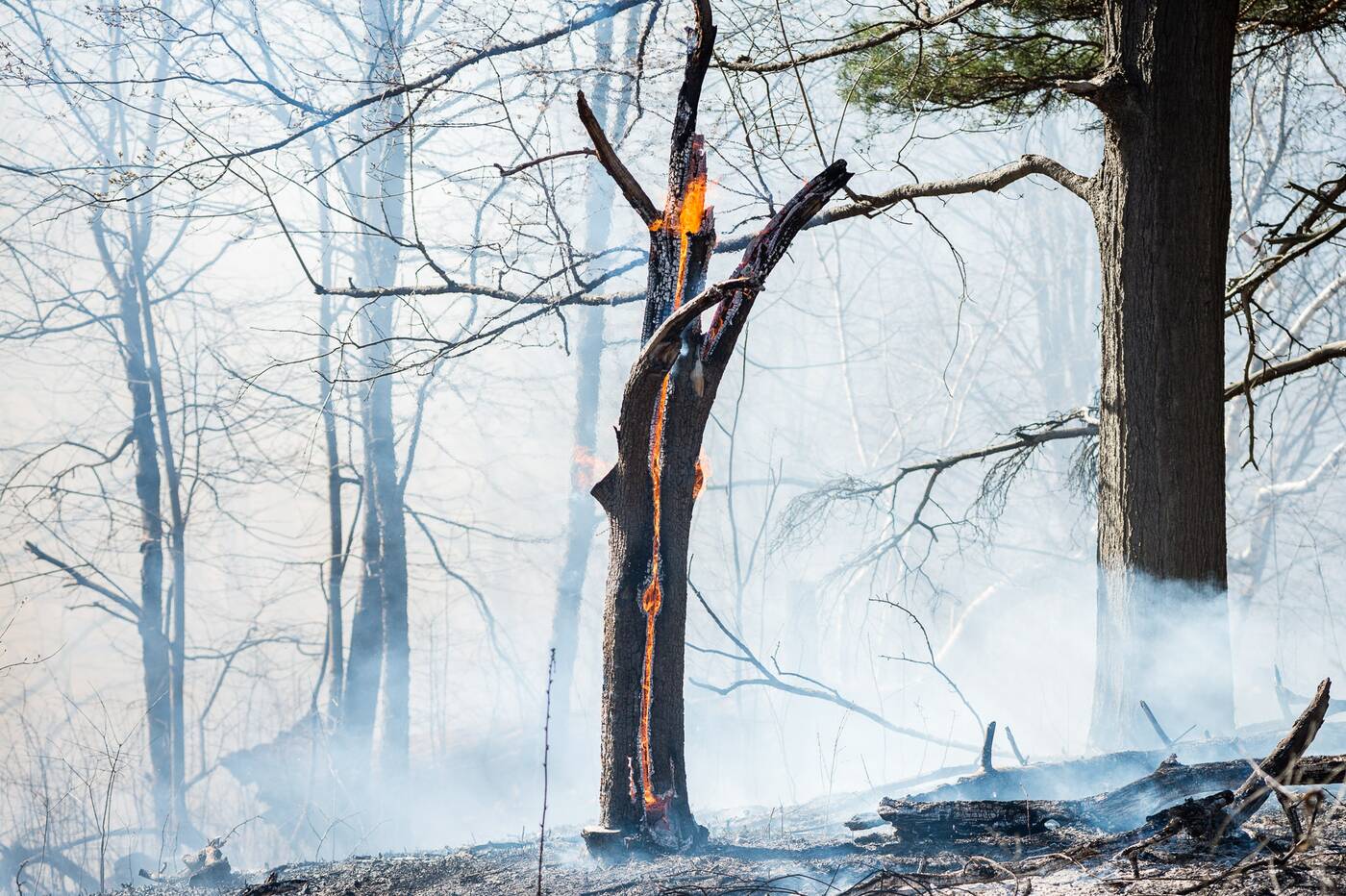