Fortune cookie factory to be demolished for new condo

Dupont Street is on the cusp of change because numerous condo developments have been proposed for the coming years between Spadina and Symington Avenue.

The area around Lansdowne has already witnessed the rise of dual condo towers, but the latest stretch of the street set for transformation is the industrial site to the east of Bathurst at 275 Albany Ave. and 420 Dupont St., where Wing's food products and Mono Lino Typesetting used to operate.

Of these two, Wing's is the most noteworthy because it produced fortune cookies that always made the surrounding area smell strangely delicious. It has since moved its operations to Etobicoke.

A condo has been in the works here for a few years, but the plans have finally reached a stage where the project is ready to proceed. Construction hasn't begun yet, but promotional materials and hoarding have started to go up around the now abandoned industrial buildings. 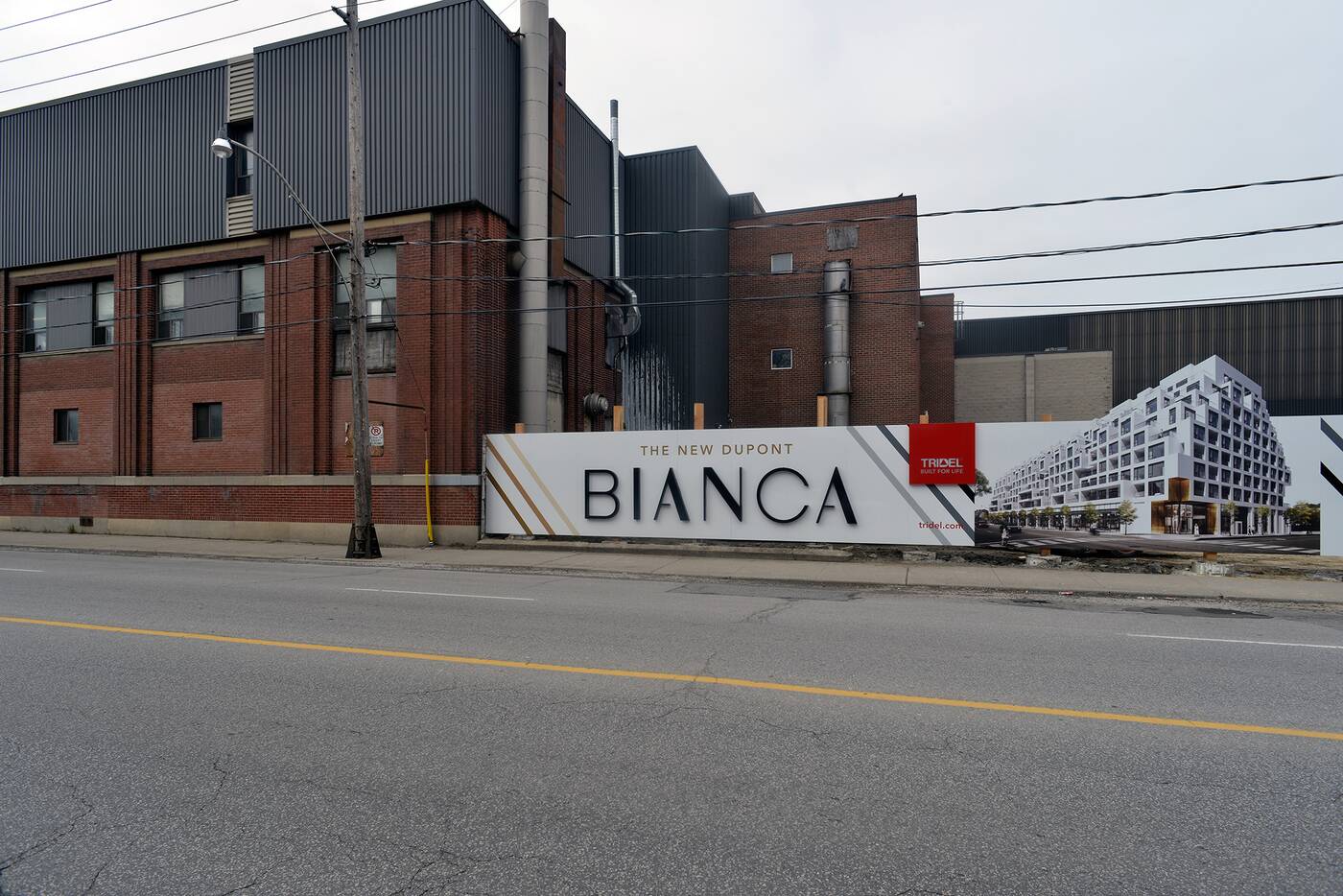 What the site at 420 Dupont St. and 275 Albany Ave. looks like today. Photo by Derek Flack.

The development, which Tridel has branded Bianca, is sure to inspire mixed reaction. While the building design, which comes from Teeple Architects, is stunning, there's been plenty of opposition to the redevelopment of the north side of Dupont.

This section of the street runs adjacent to the CPR train tracks, and has long been zoned as employment lands, but those restrictions are slowly starting to ease as development pressure increases along this corridor.

One of the concerns with this project is that it'll help pave the way for others like it. There are already proposals in place for the nearby Beer Store, the Sobey's grocery store at Shaw Street, Galleria Mall, and the office complex at 328-358 Dupont St.

For its part, this nine storey development is small when compared to some of the others that have been proposed nearby. Given that the current industrial site isn't exactly inviting, I'd bet that this one eventually wins over residents in the area.