This is what the Broadview Hotel will look like

The Broadview Hotel is just about ready for its big reveal. Formerly the home of Jilly's stripclub, the late 19th century building has undergone a massive makeover at the hands of DesignAgency, which is now in its final stages before a June opening date. 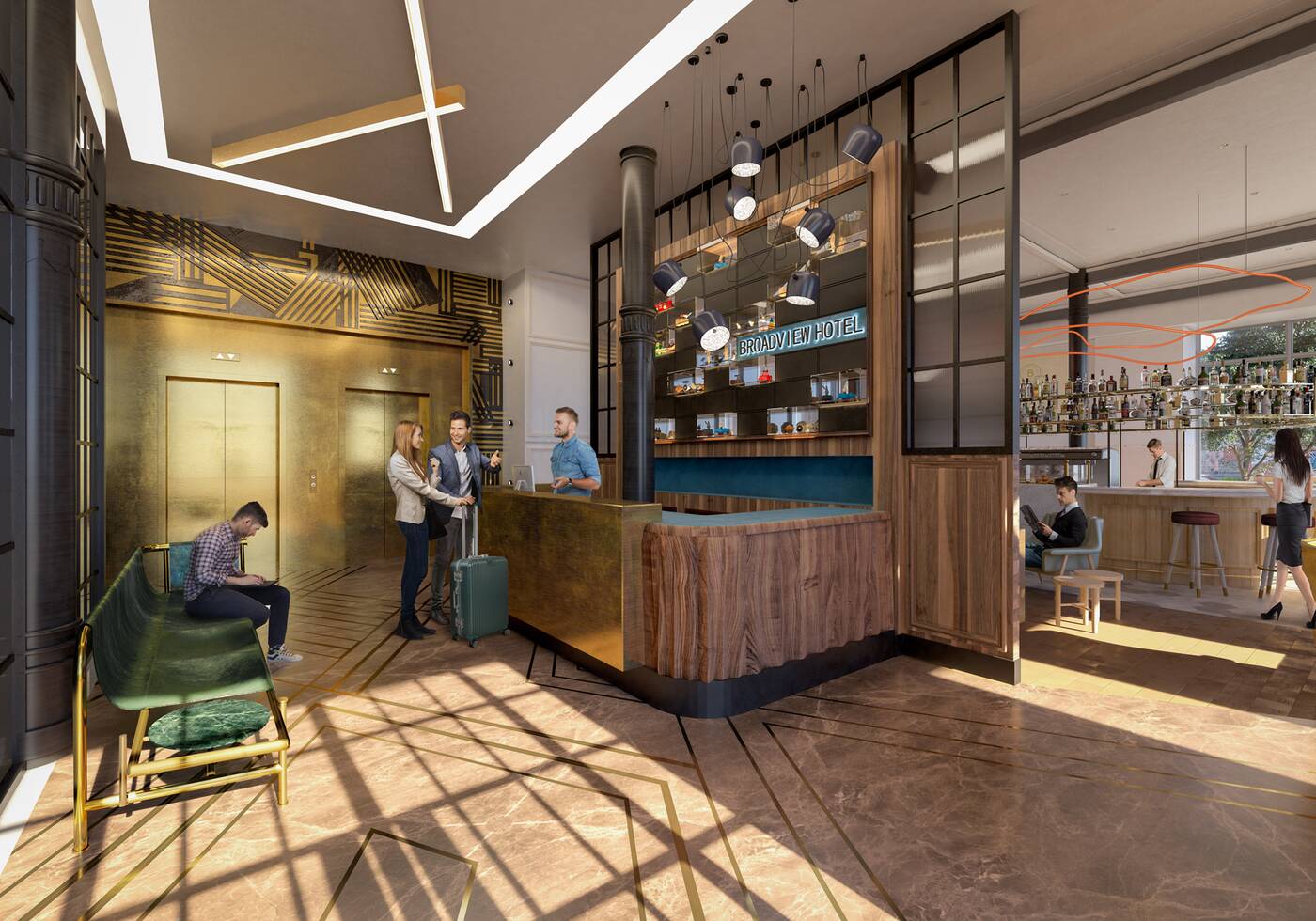 We got a first look at the immaculately restored exterior a few months ago, but the interior has remained something of mystery. In anticipation of the launch of the new hotel, a fresh set of images and virtual tour has been released to show off the interior of the project. 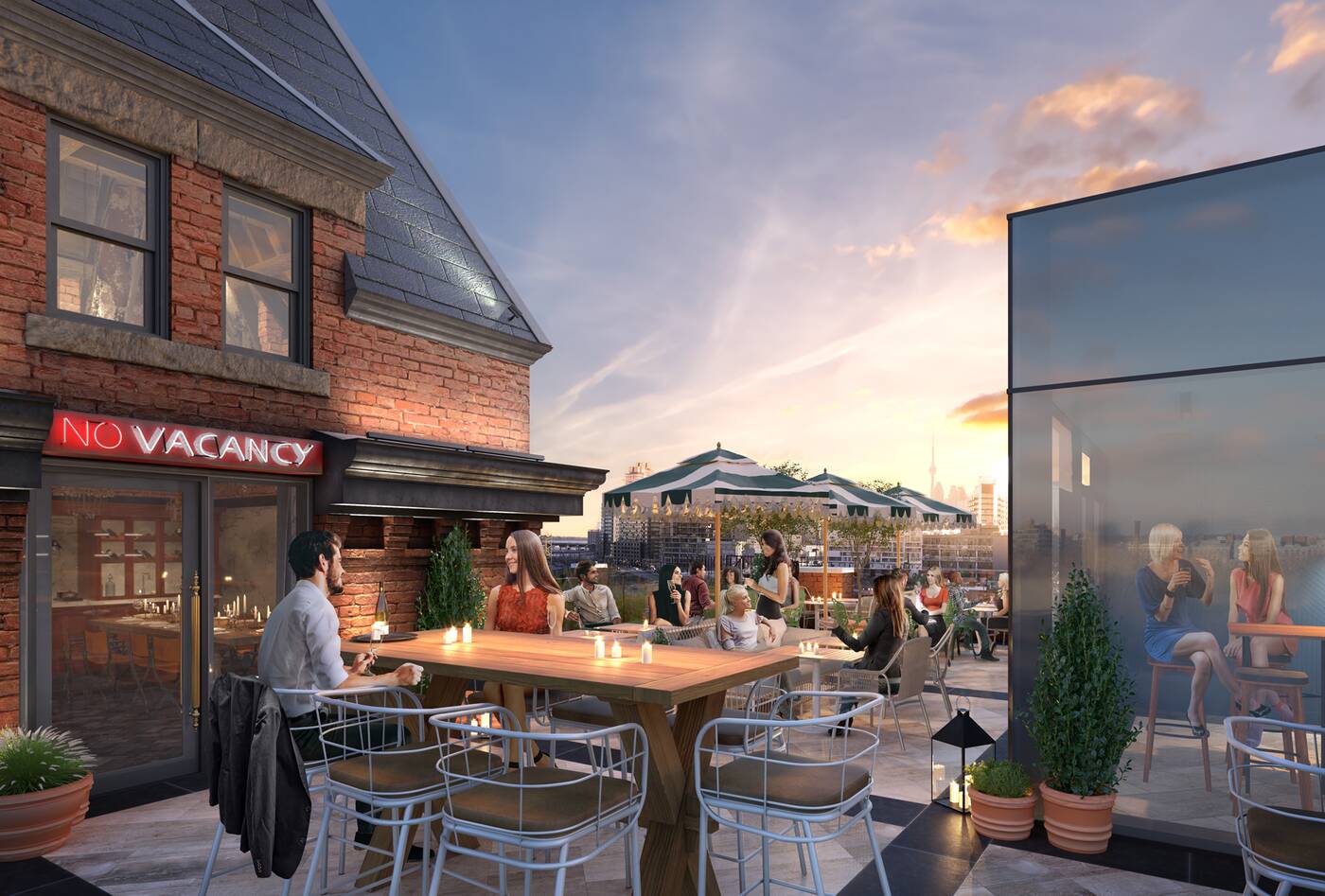 There are a number of stunning spaces to look forward to when the hotel opens, but the various rooftop areas probably take the cake. The eponymous restaurant features a huge skylight that'll make it possible to dine under the stars without even going outside. 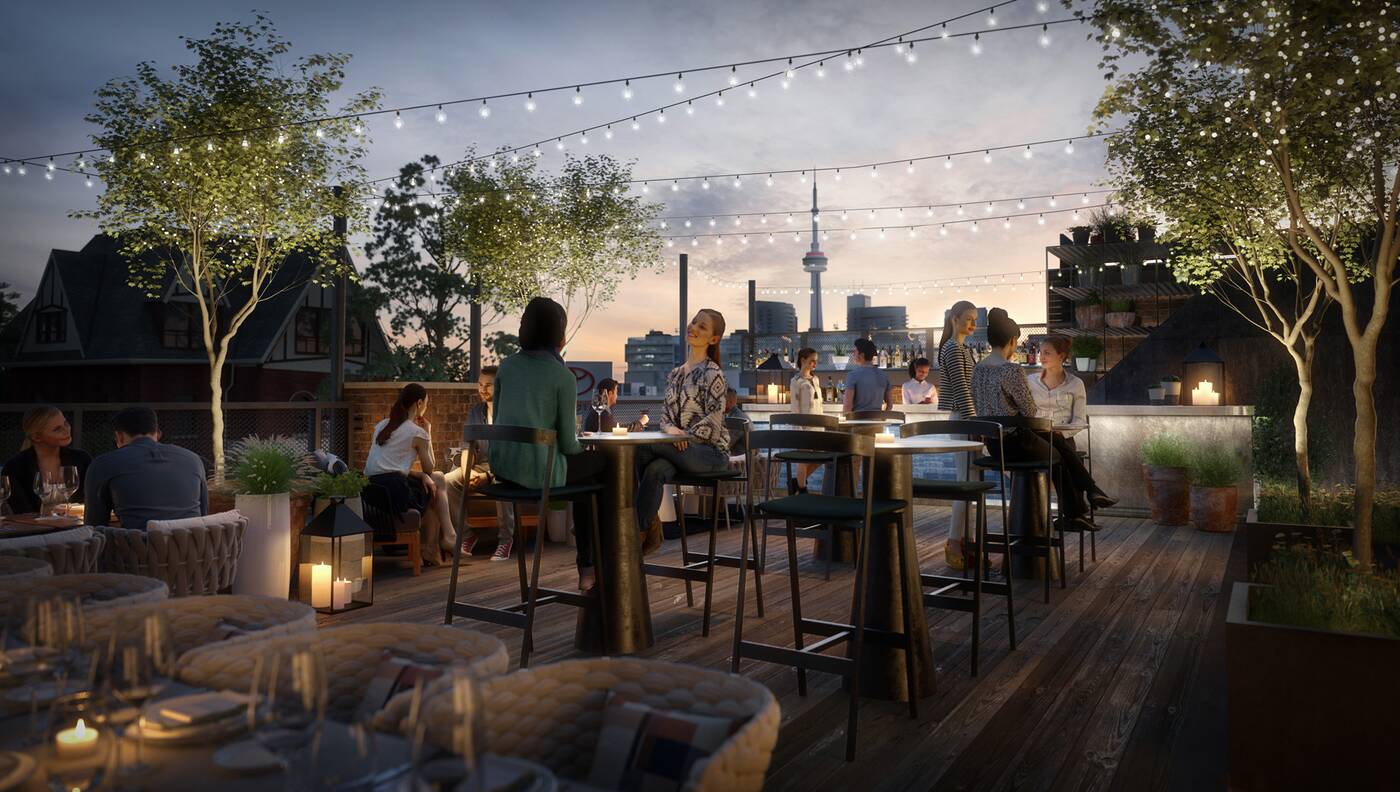 Should you want to venture outdoors, on the other hand, there will also be a rooftop patio with a view of the Toronto skyline as well as what's being called the Lincoln Terrace, which will be located on the second floor beside the 3,000 square foot event space. 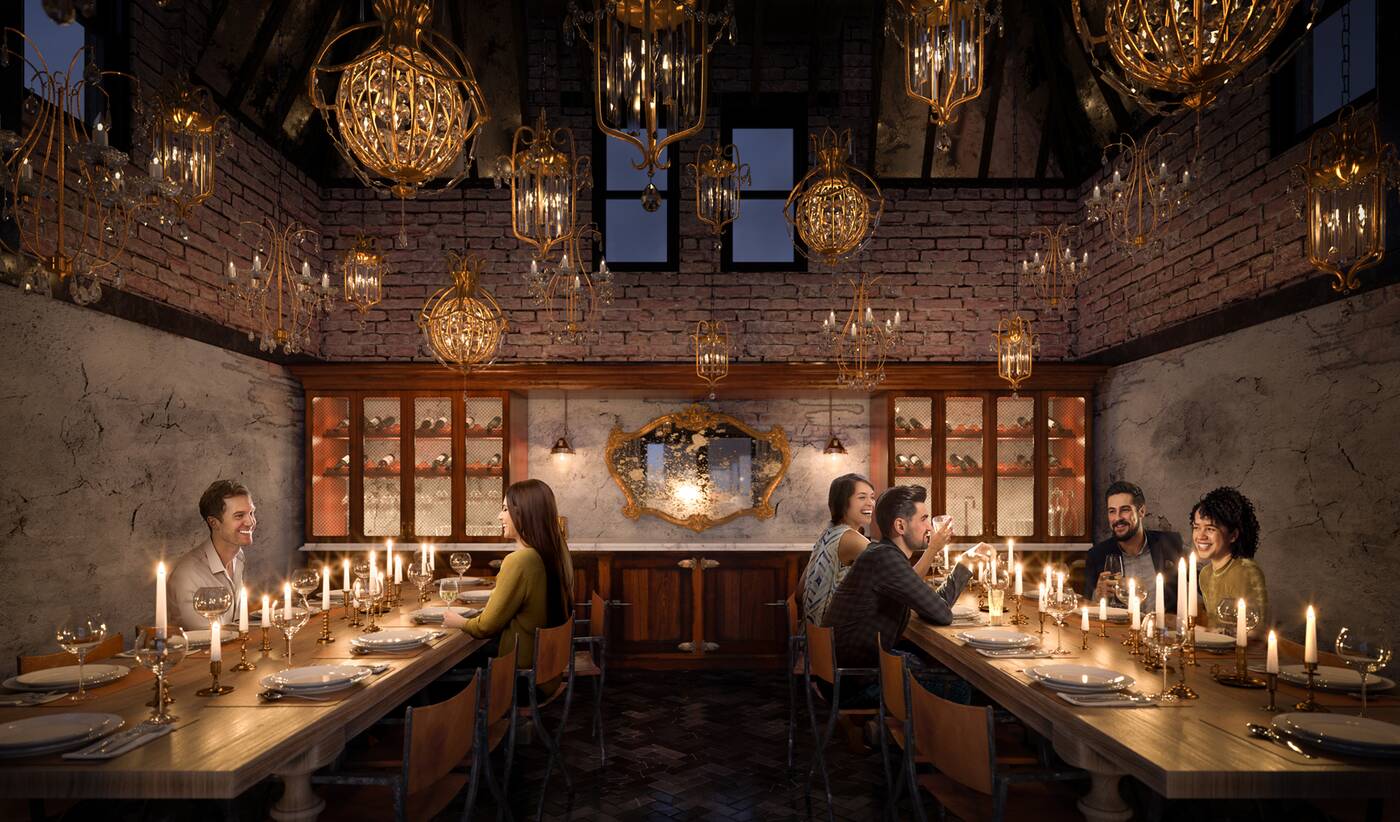 Perhaps even more novel is the dining space in the Broadview's tower, which will play host to intimate gatherings of up to 30 guests for cocktails and just over 20 for seated dinners.

As we reported before, the food program at the new hotel and event space will be run by executive chef John Sinopoli, who's part of the team behind Ascari Enoteca, Hi Lo, and the soon-to-open Gare d'Est. 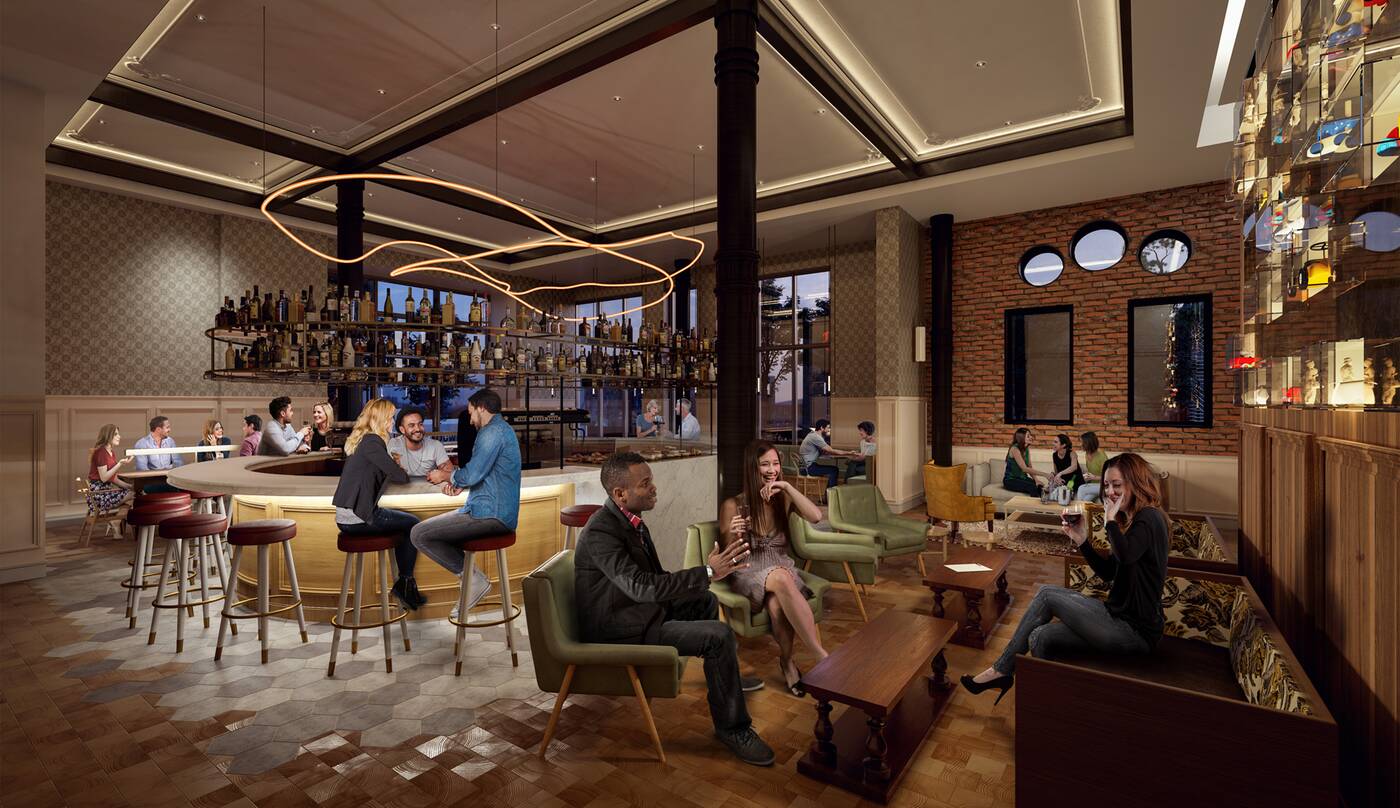 The ground floor will operate as a cafe by day and a cocktail bar at night. Image by Norm Li.

In addition to the Rooftop Restaurant and tower space, there will also be a cafe and cocktail bar at ground level that'll operate day and night. It'll be casual but slick, reminiscent of the Drake, which the whole venture is bound to be compared to even if the overall style is quite different.

What the hotel rooms at the Broadview will look like is yet to be revealed, but it's pretty easy to get a picture of the design sensibilities from the dining and event spaces. Bookings for accommodations are now being taken for September 2017. 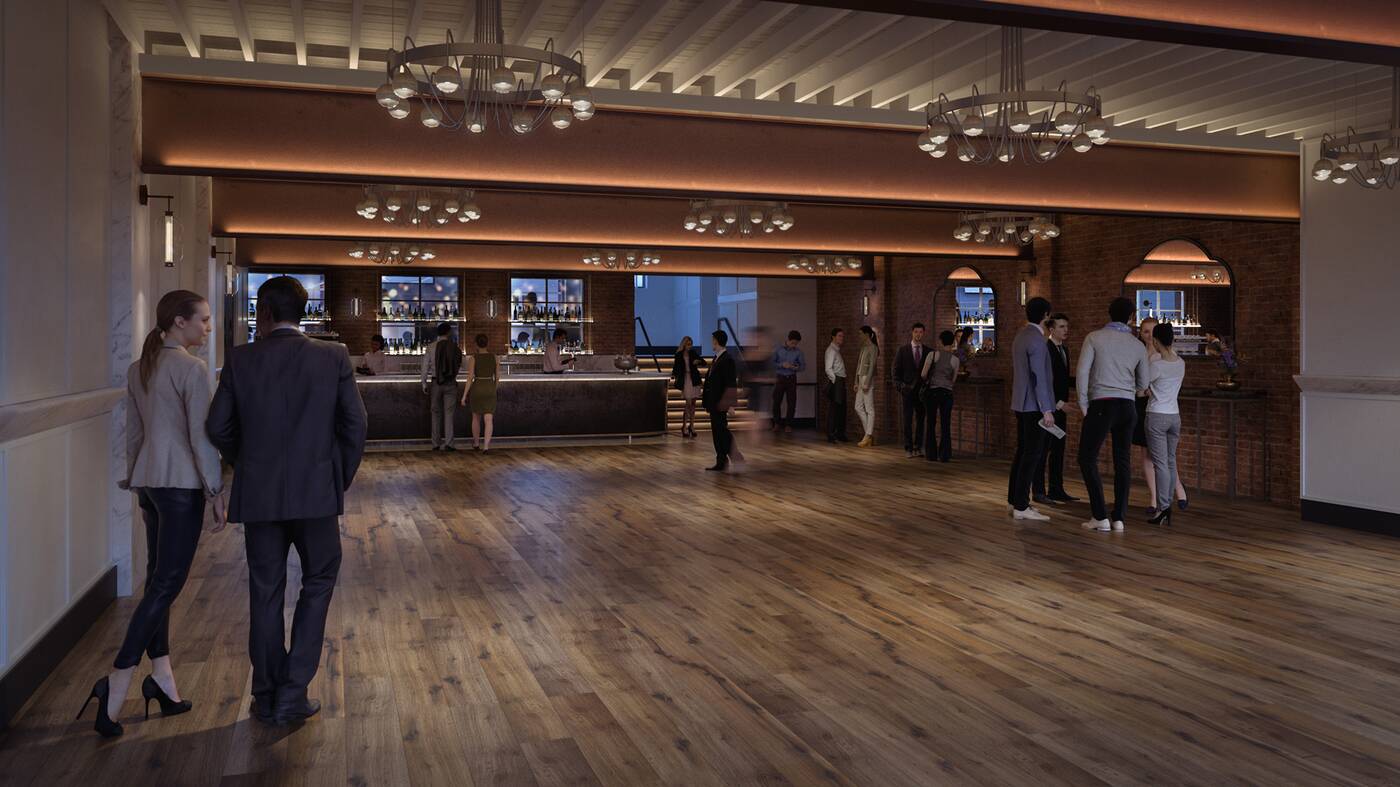 What emerges most of all from the latest peek at the renovations is that Streetcar and Dream, the co-developers behind the project, have made good on their desire to make this a hub destination.

When you combine the cafe/bar, restaurant, and event spaces, the formula suggests a very busy dining and entertainment hub that will likely have a major impact on Riverside for years to come.