Map shows how many people live and work near TTC stations

Have you ever wondered how many people live and work near Toronto's subway stations? While such questions are primarily the domain of urban planners and transit buffs, with the Scarborough subway debate still raging, it's fascinating to examine this.

Two maps uploaded to Reddit Toronto today by Anthony Smith, who goes by @HealthyCityMaps on Twitter, reveal the population and employment density around the city's existing subway and GO stations and provide some insight into areas most in need of rapid transit.

I'm not sure if there are a ton of surprises here, but these maps certainly show why the TTC's Line 1 is reaching capacity. There's a veritable population explosion on both maps in the area covered by the horseshoe section of the line. 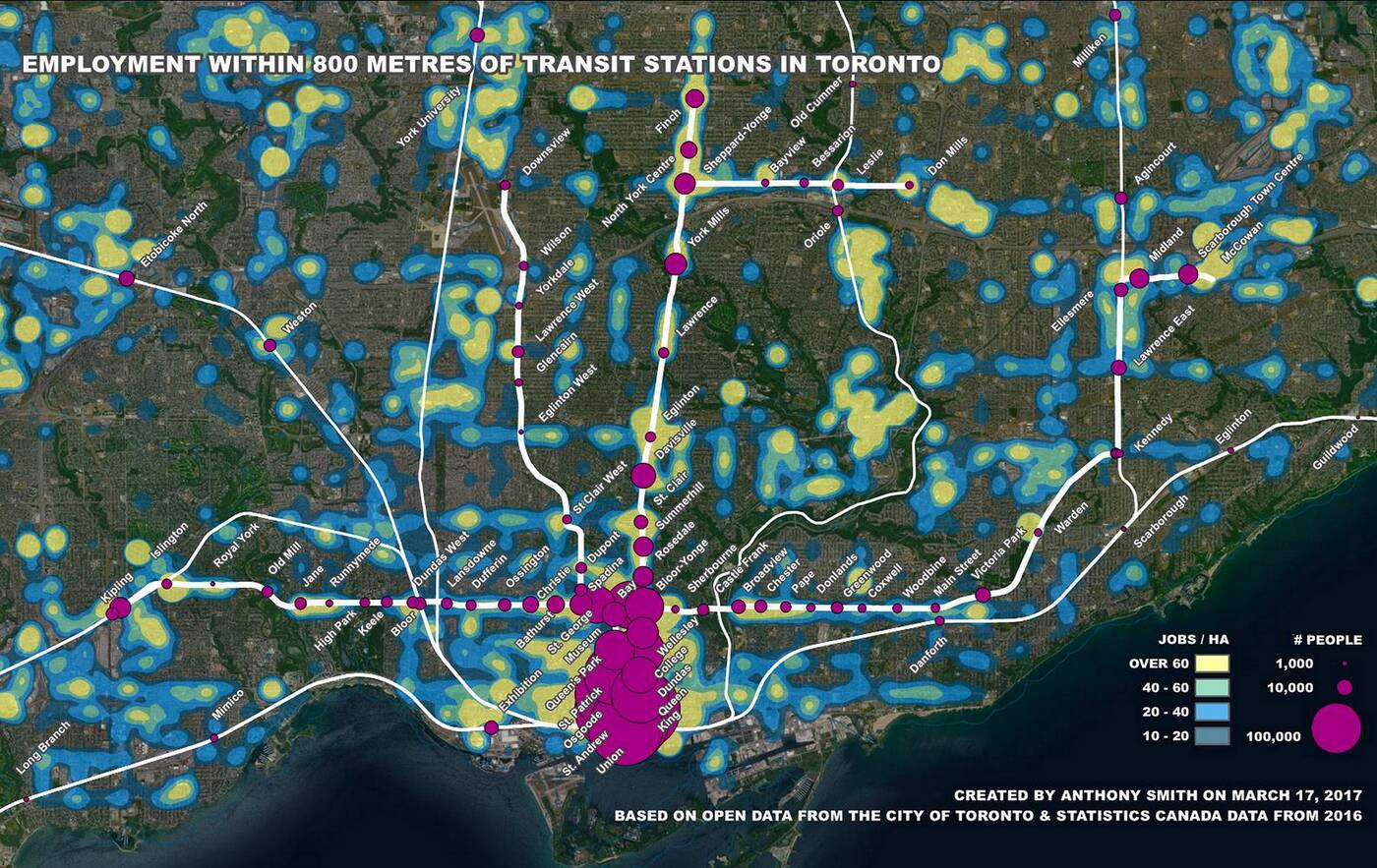 The same can't be said for eastern reaches of the subway system, which show some of the lowest population and employment density numbers. It's hard not to ask the question whether or not heavy rail is really necessary along this portion of the route.

Proponents of a relief line will find even more fodder for their arguments here, not just because of the concentration of people and jobs along the lower section of Line 1, but because pockets of the proposed relief line show increased employment density.

There are plenty of other observations to be made here, from the need for more transit to and from Liberty Village, to the aidthe Crosstown LRT will provide on Eglinton Avenue East. Maps like these tell us where we need transit, now we just need to find the money.