This is how Toronto wants to overhaul King Street

Toronto's King Street might not be going car-free anytime soon, but at a public meeting yesterday, the city of Toronto sought feedback on three different design proposals for this busy transit corridor. 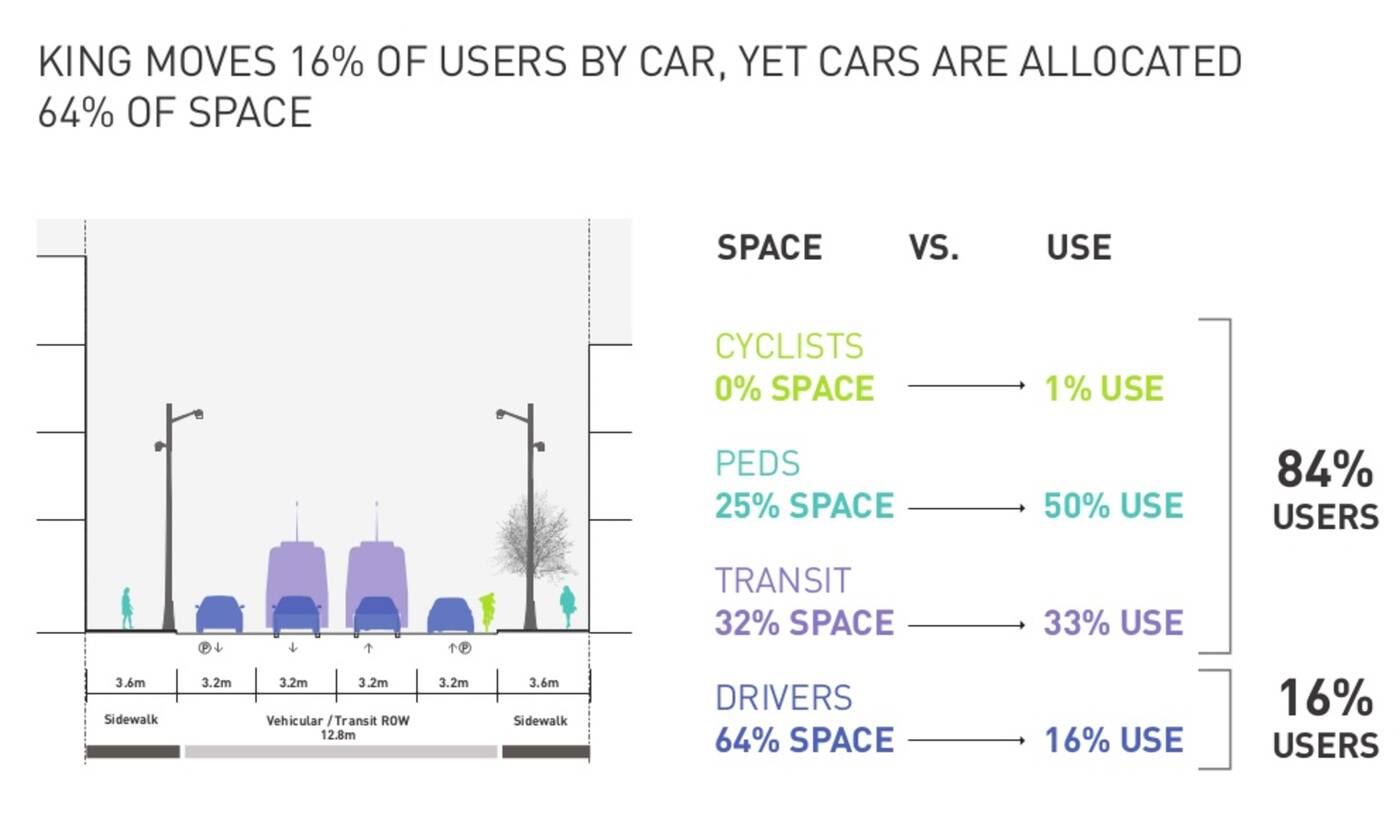 Each one prioritizes pedestrians or streetcars and all leave some room for vehicular traffic. 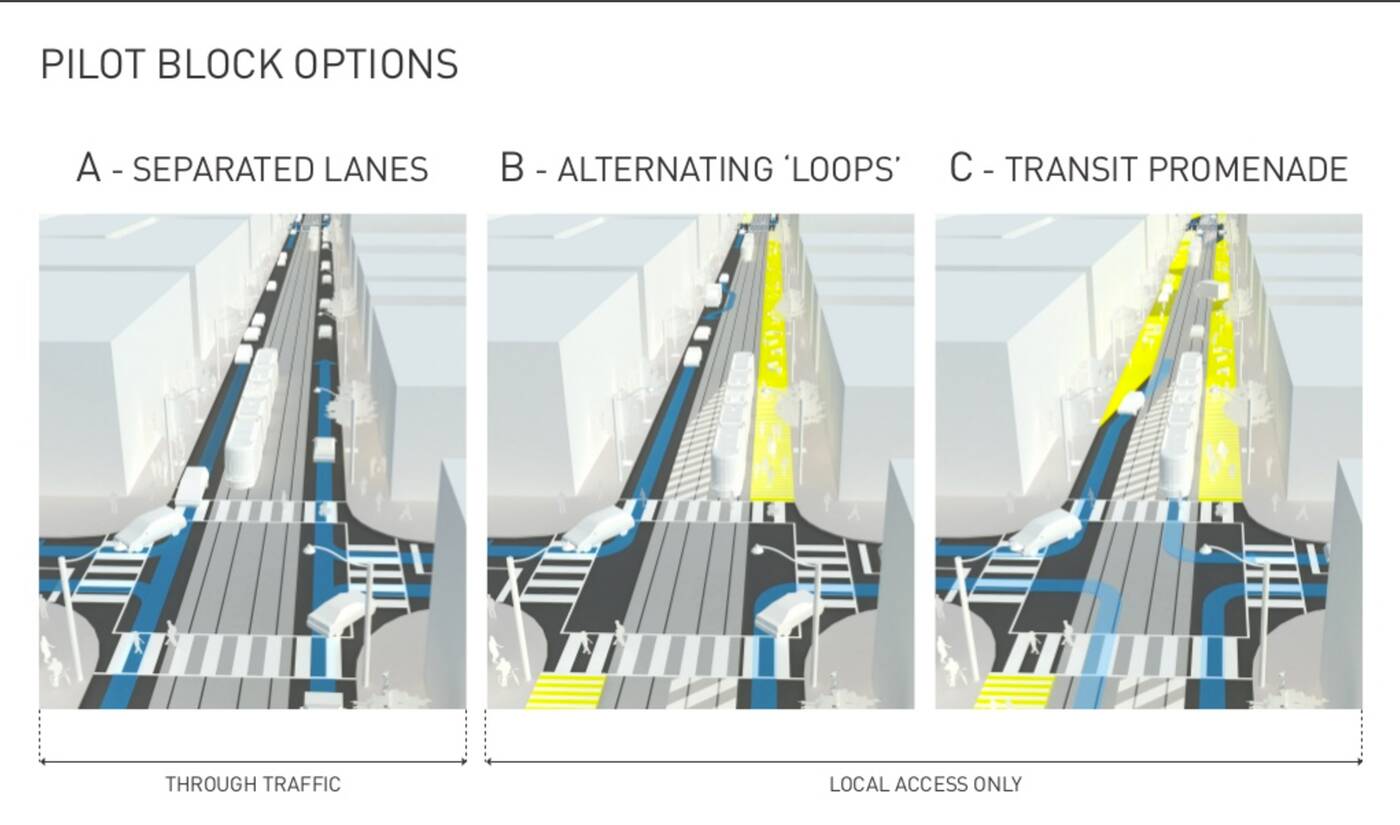 In the separated lanes option, there would be a dedicated streetcar lane, but the sidewalk wouldn't be expanded to increase space for pedestrians. This one would allow for one lane of through traffic. 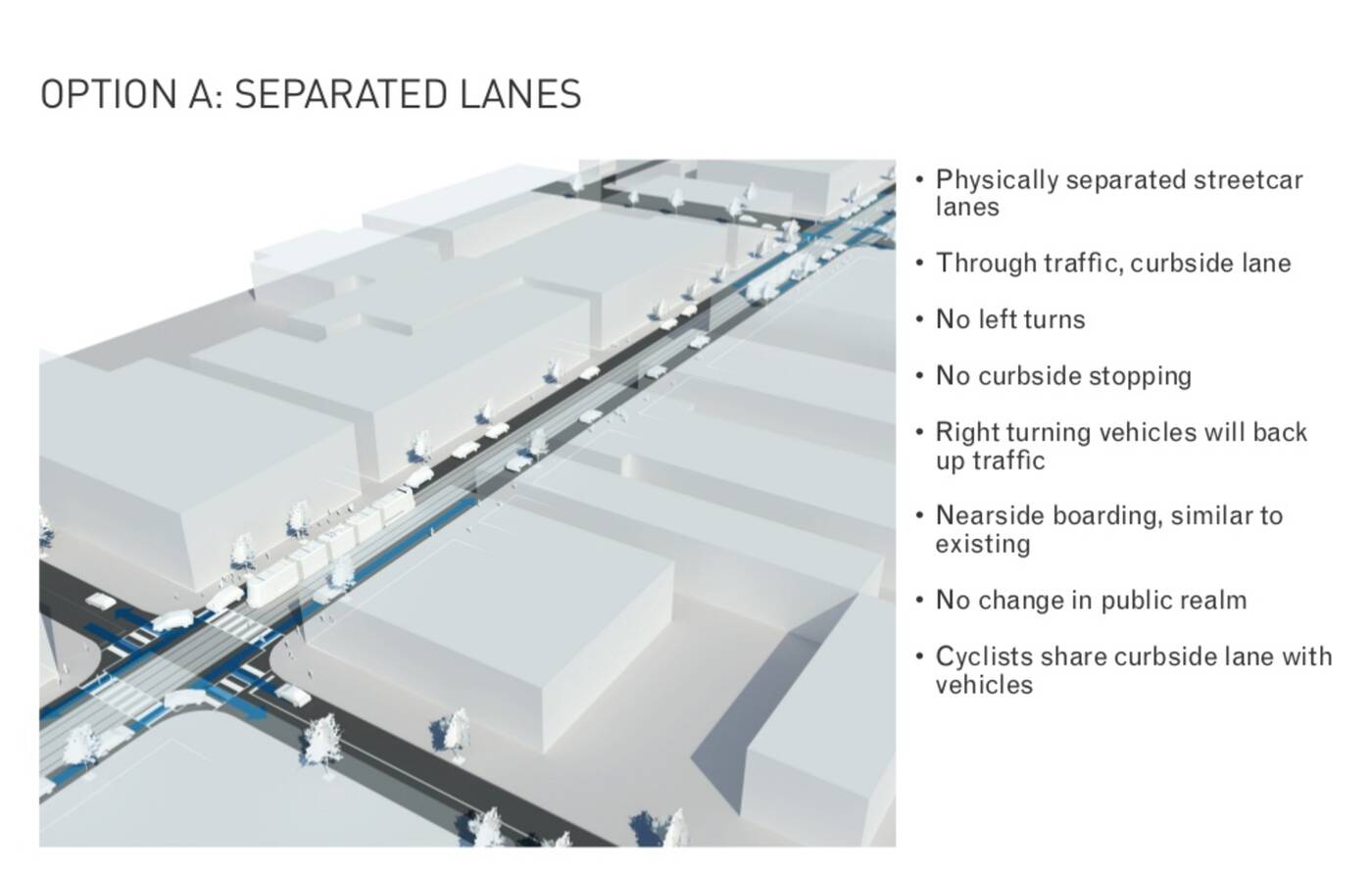 Option B, or alternating loops, is chief planner Jennifer Keesmaat's preferred plan, according to CBC News, because it provides better access for both pedestrians and public transit. 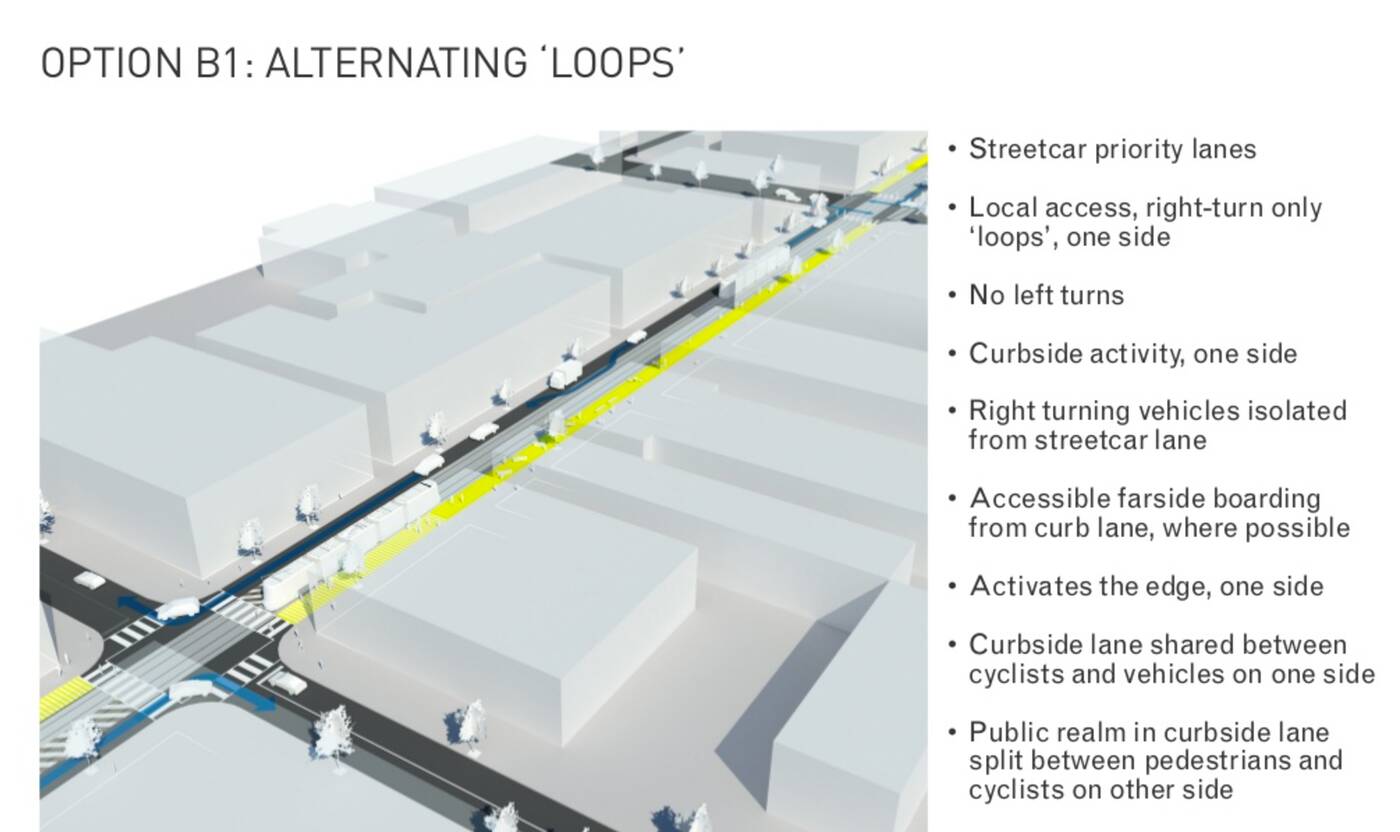 Each alternating block would be reserved for local traffic, while the next would include full public access.

The third option would be the most pedestrian friendly as the sidewalk would be expanded on both sides of the street. 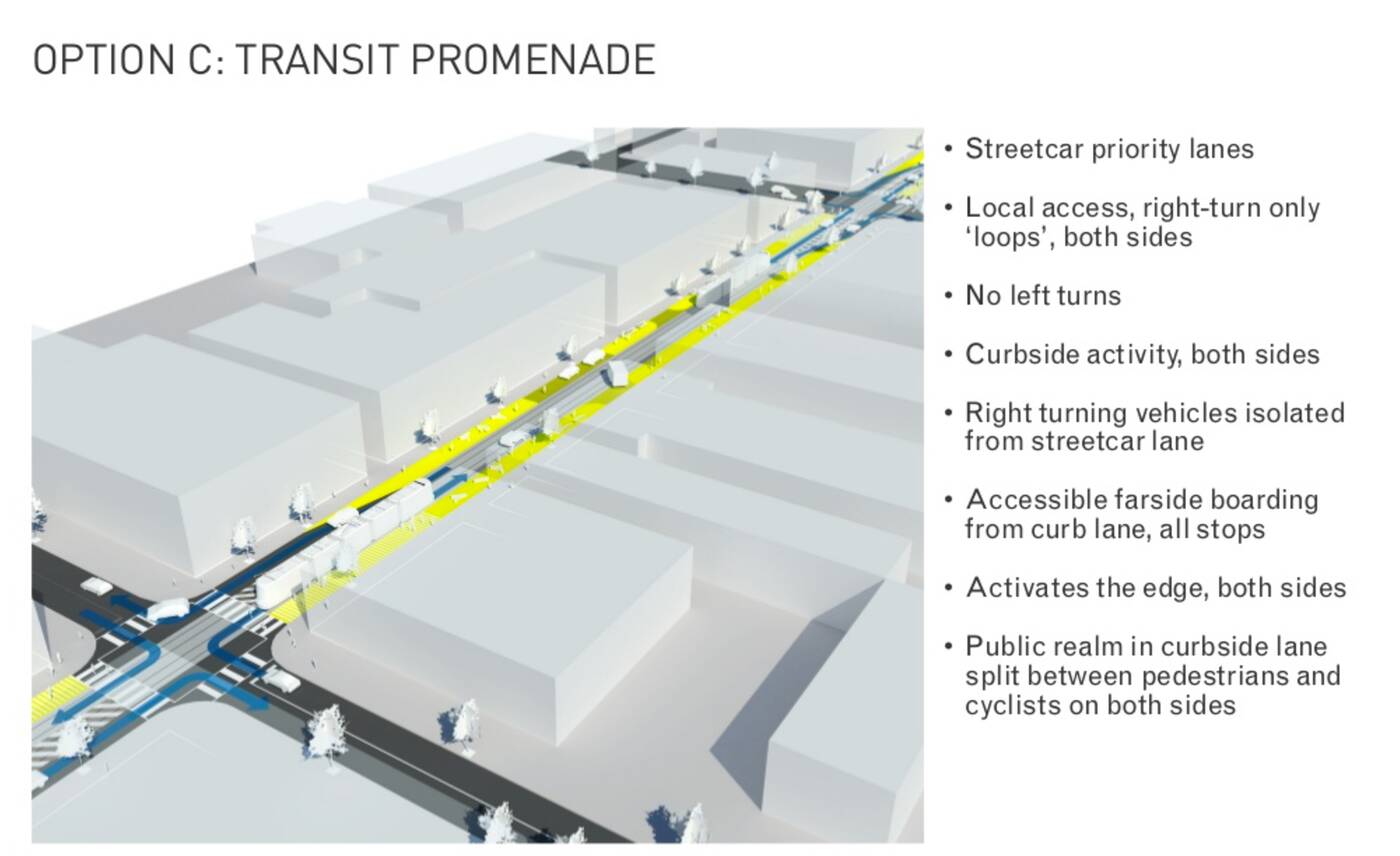 The scope of this project isn't limited to King Street West, instead, it'll stretch all the way from Bathurst until Jarvis, or even Parliament. 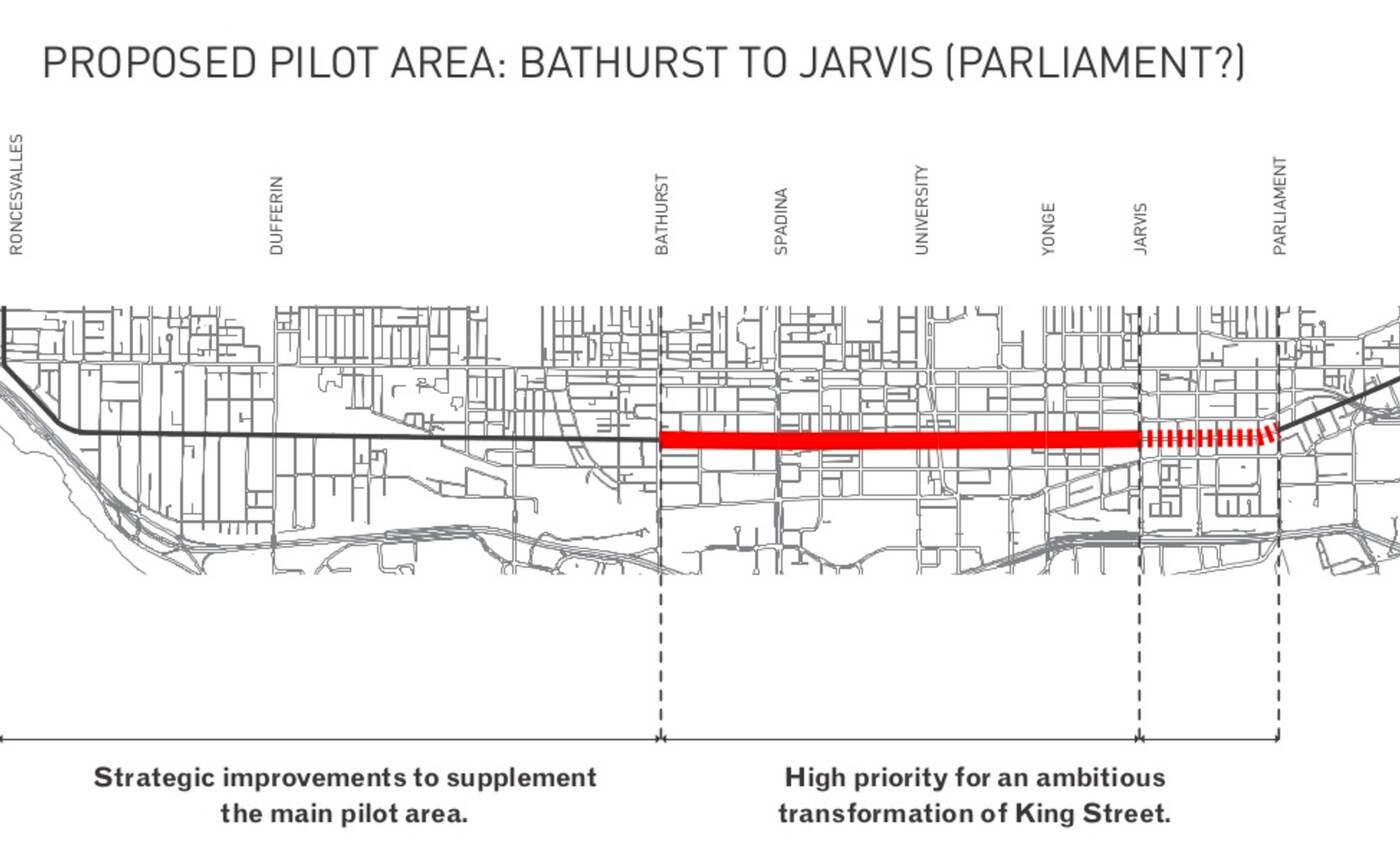 Yesterday's meeting brought hundreds out to learn more about these plans and the city got feedback on how to proceed as it implements its King Street pilot project.

After the preferred pilot is selected, work could begin on implementing the project by fall.