These are the ideal travel times between TTC subway stations

Do you know how long your TTC subway commute takes? How about how long it's supposed to take? These are often two dramatically different measurements, where the former obscures our awareness of the latter.

Still, one could suspect most riders would be interested to know what the ideal travel times are between subway stations. 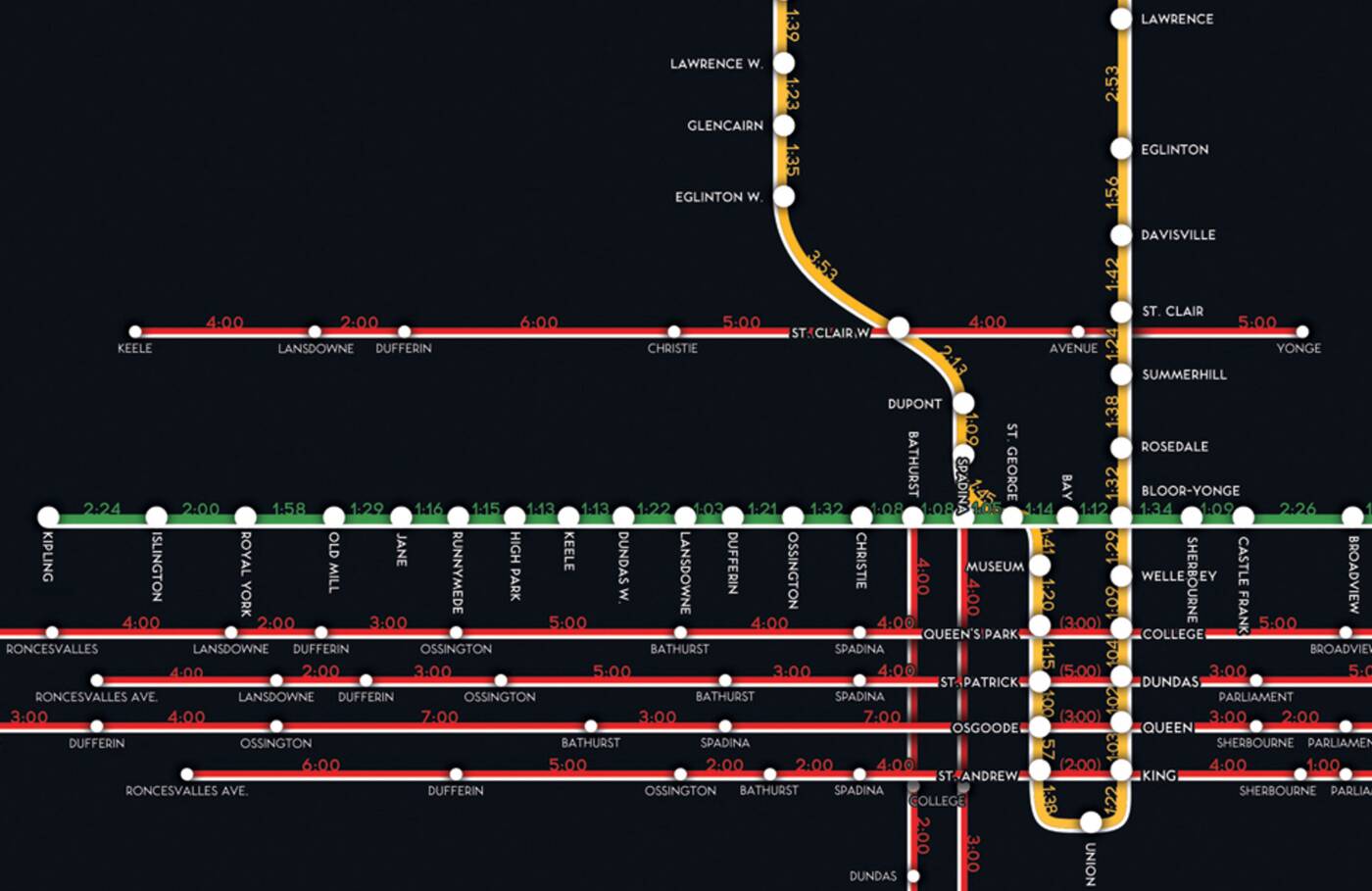 Various efforts have been made to track travel times on the TTC over the years, including a map designed by James Rosselet that provides estimates for both subway and streetcar routes based on Google and self-gathered data.

Perhaps the most useful of these resources is the TTC's old Subway Travel Time Calculator, which is exactly what it sounds like: a master document for calculating commute times across the subway and Scarborough RT. 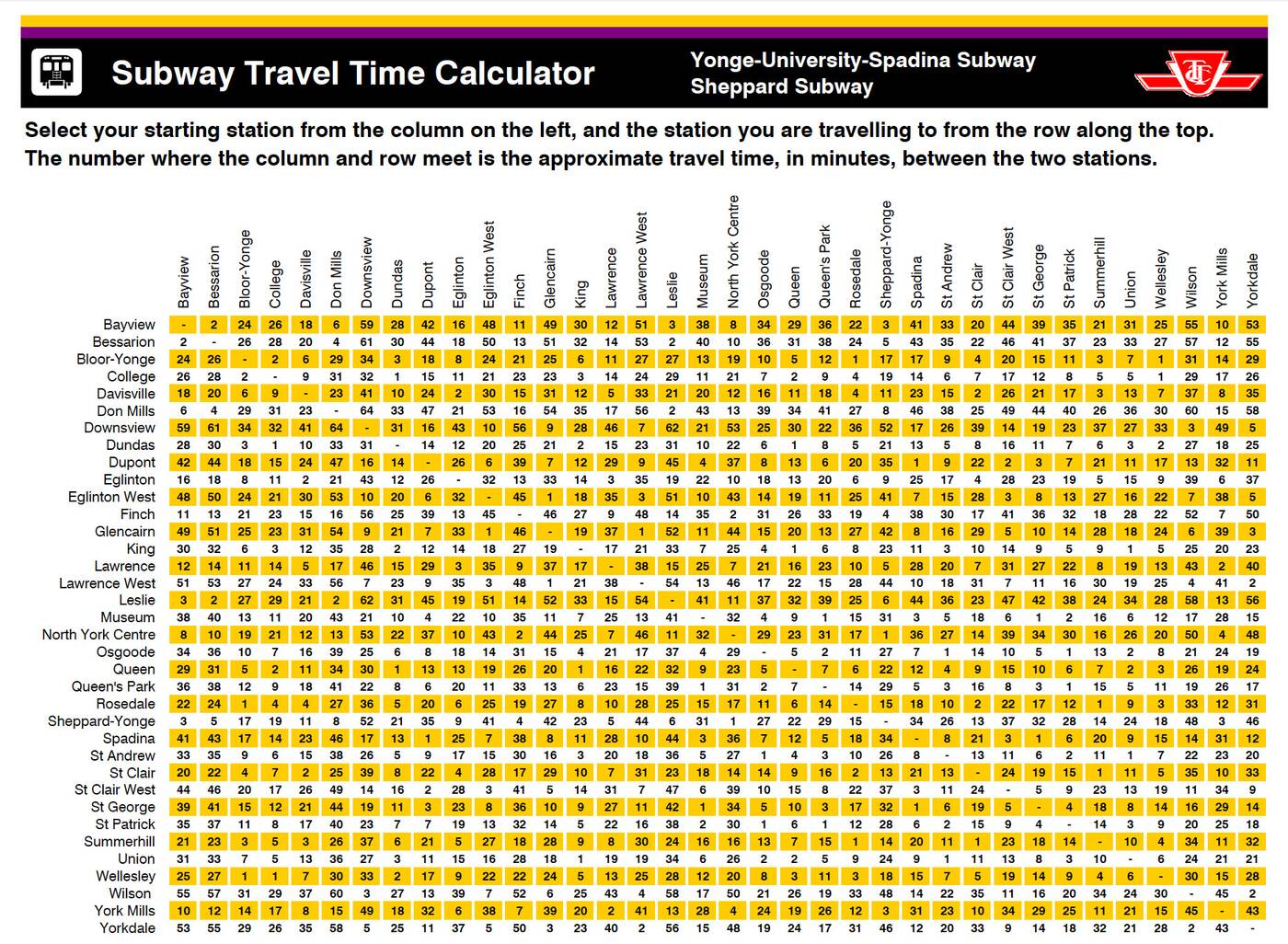 The document was removed from the TTC website years ago when a more advanced trip planner was implemented, but I find that it's still accurate when things are running smoothly, which is its purpose in the first place.

When using the chart, it's important to remember that it doesn't factor in the time it takes to change lines or the longer periods that trains spend in stations during rush hour when boarding time is elongated (particularly when people lean on the doors).

It also, unfortunately, doesn't include the newer parts of the system, like the Spadina extension or the future Eglinton LRT.

When you match up your station of origin with your destination, the number you're getting is the estimated travel time between the subway doors closing and then re-opening at your departure stop. 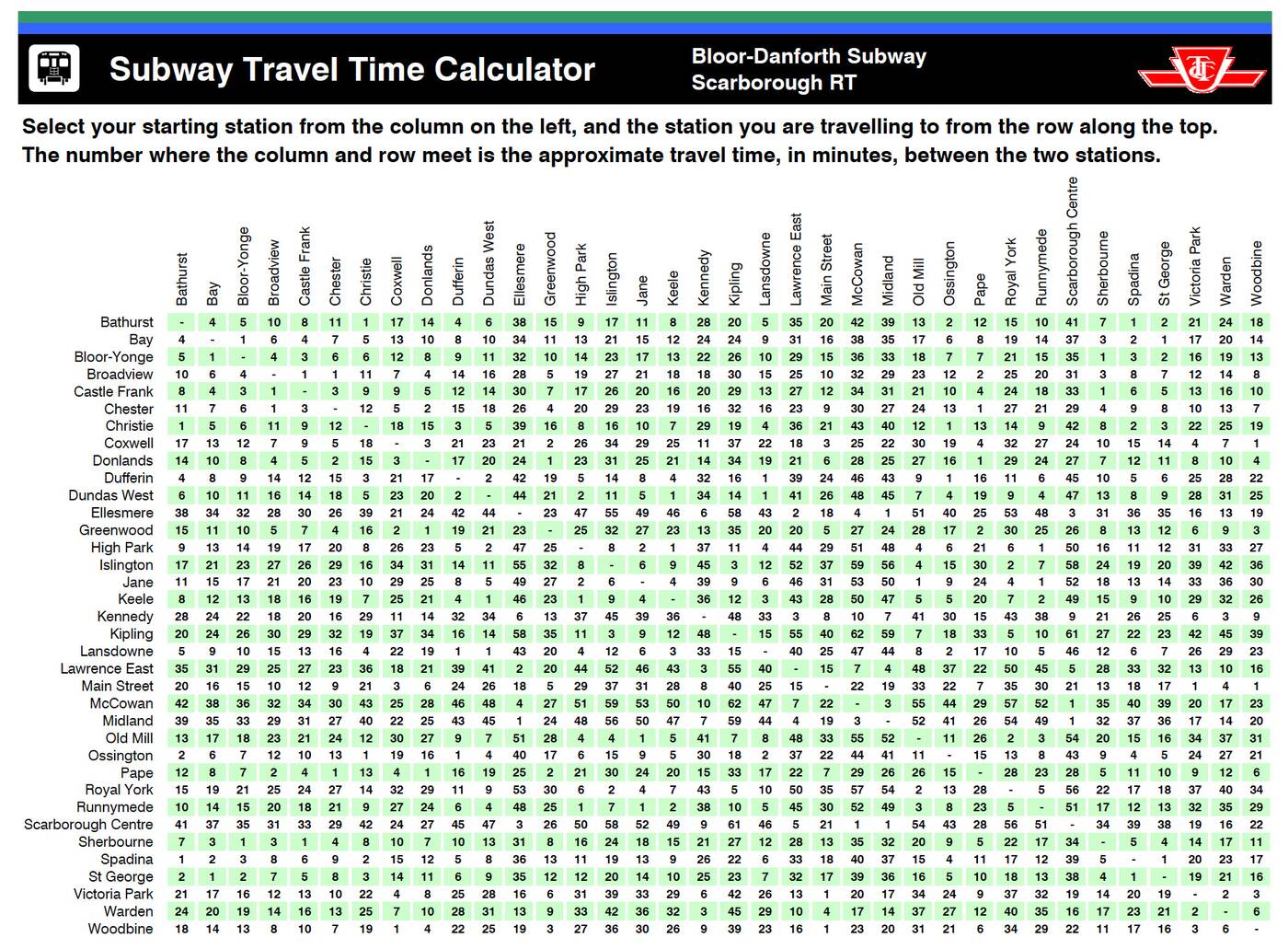 So, if my regular commute from Lansdowne to Osgoode typically takes 25 minutes, in ideal conditions only half of that would be spent on a moving subway train. The rest would be all of the other elements on my trip. Having casually timed this out on a few occasions, this prediction proves true.

The next time you're caught in a subway delay, you can think back to this chart and realize that when things are running smoothly, it would usually take under two minutes to travel between stations.