There's a major TTC subway closure in Toronto this weekend

The first scheduled subway closure of 2017 takes place this weekend, when the TTC shutdowns down a section of Line 1 for the ongoing implementation of the Automatic Train Control (ATC) signal system.

There will be no subway service on Saturday and Sunday between St. George and Downsview stations. Notably, this will be the first shutdown during which the TTC tries out a new shuttle bus strategy that'll witness increased east/west service from routes departing from the Yonge Line instead of replacement buses along the entire route. 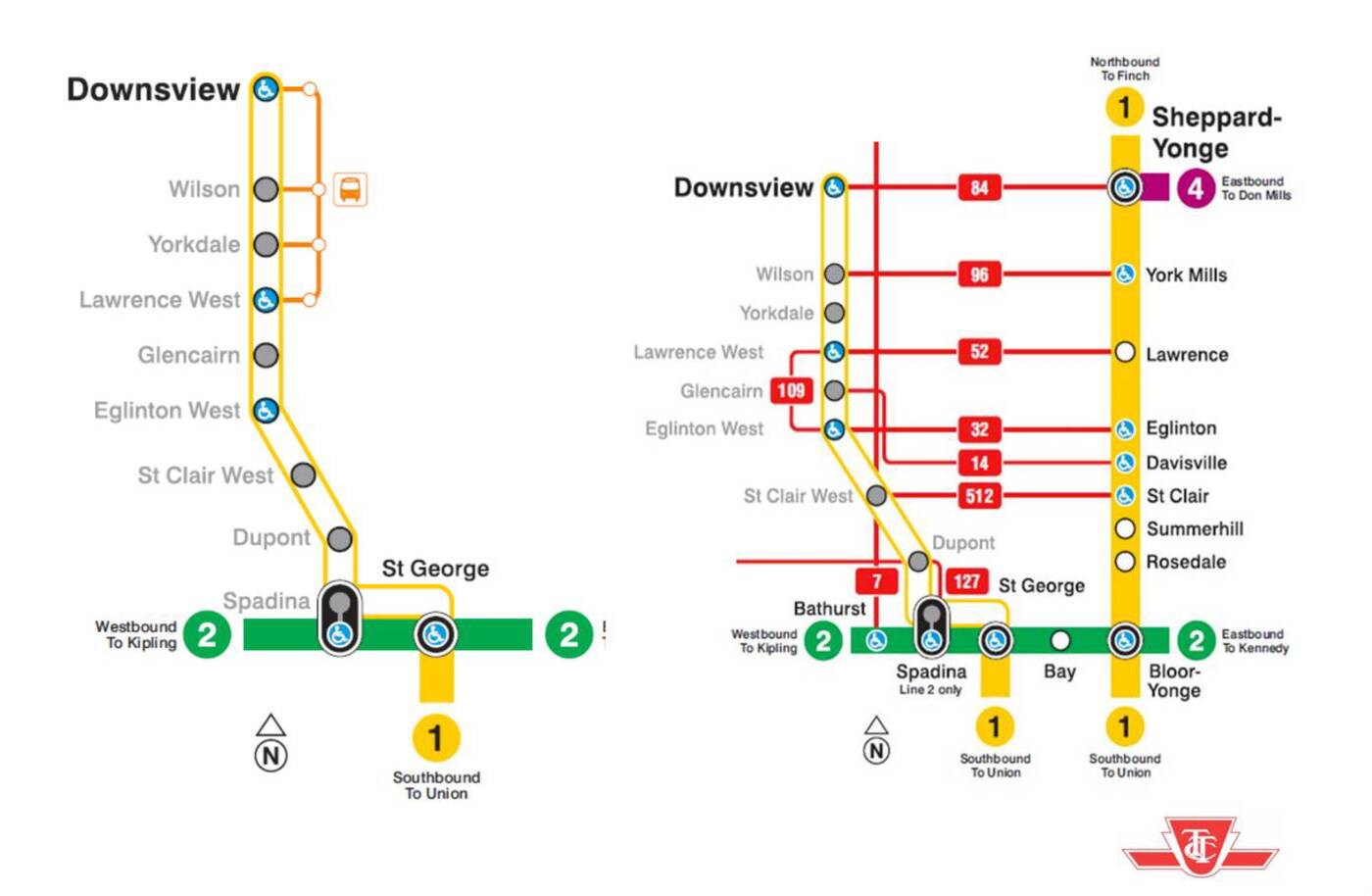 Shuttle buses will only run on the northern part of the route, between Lawrence West and Downsview. Passengers heading north from St. George are encouraged to head east to the Yonge Line and then catch a bus or streetcar to return to west.

The reason the TTC is doing this is construction along the route that the shuttle buses normally take, but it might be the better way in general. This is also the plan for subsequent Line 1 closures over the course of the year.

Subway service will resume on Monday morning. The next closure is scheduled for February 25 and 26.