This might be the coldest week of the year in Toronto

It's time to bundle up, Toronto. While we've gotten off relatively lightly so far this winter, the city is about to enter one of the coldest stretches of the year, as is typical at the outset of February.

The temperature is currently -10C in Toronto, with a windchill factor of -14C, which is just shy of what would normally precipitate an extreme cold weather alert. It'll warm up on Tuesday and Wednesday before dropping back to -12C and -14C with the windchill on Thursday and Friday. 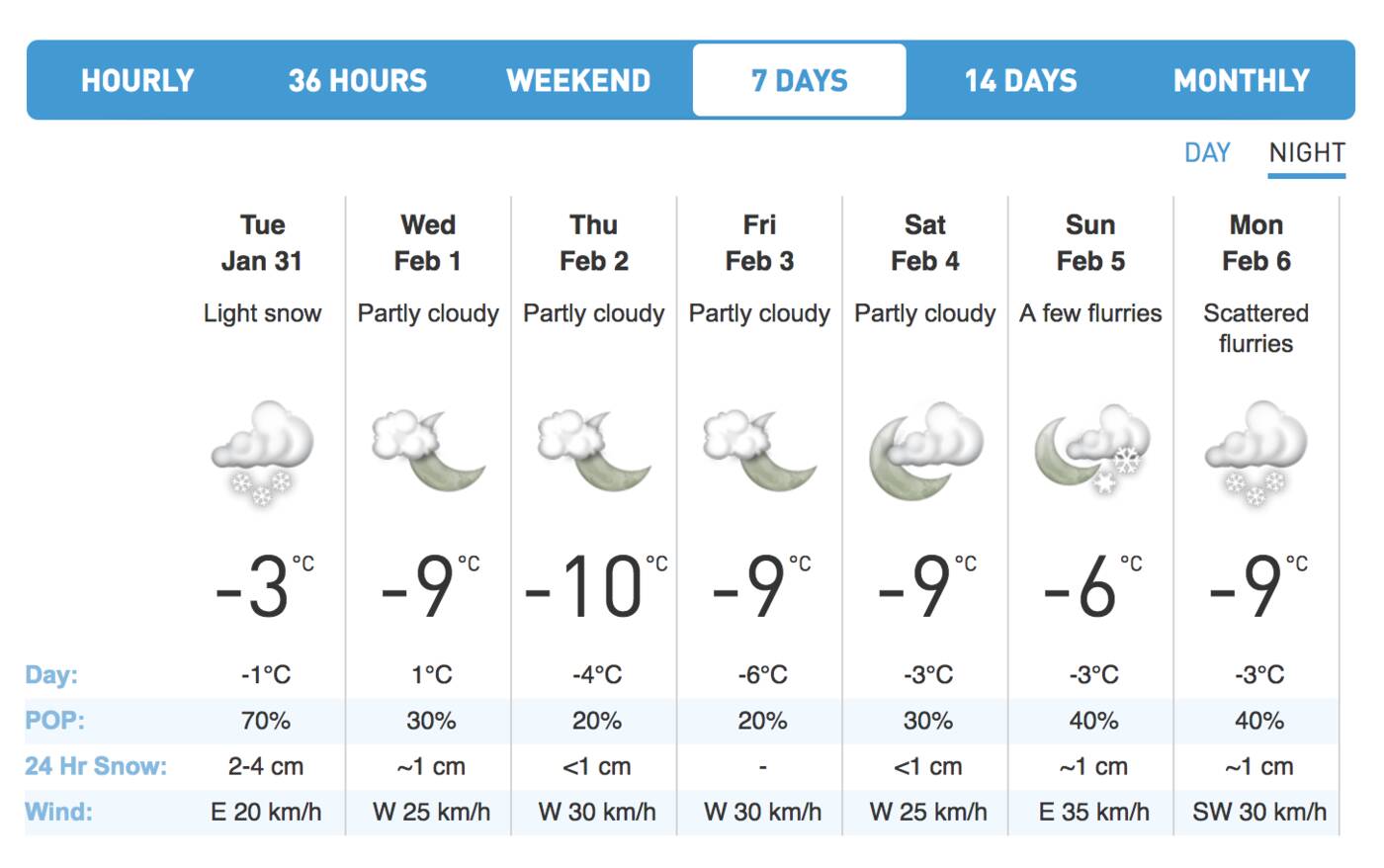 Nighttime temperatures will hover around the -10C mark without factoring in the windchill throughout most of the week.

We've only experienced one significant cold snap so far in January, when temperatures dipped below the -15C mark, but it was short lived, lasting for only a couple of days. Forecasters predict a longer cold spell this week.

But, before we complain too much, it's worth noting that the expected temperatures are actually just seasonal. It'll feel cold on account of the mild January, but these values are normal for this time of year.