The lost discount shops of Toronto

The discount shop, previously a fixture on city streets and in shopping centres, has slowly been replaced by big box retailers like Walmart and the less diverse offerings of Dollarama.

If you rewind to the 1980s, Toronto was spoiled for choice when it came to these stores. You had Towers, BiWay, Bargain Harolds, Zellers, and K-Mart in addition to Ed Mirvish's palace of kitsch at Bloor and Bathurst. 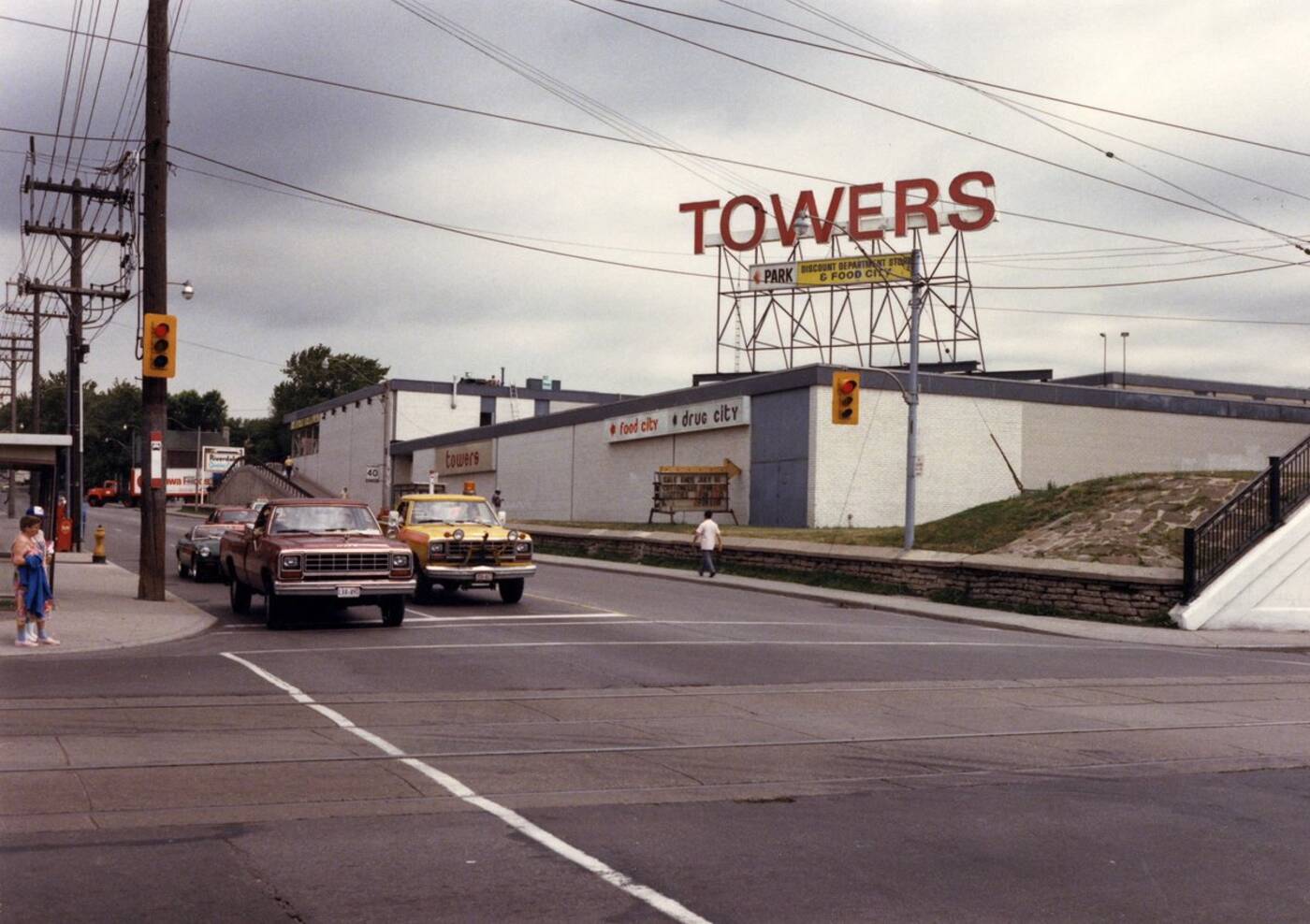 The once mighty Towers was eventually absorbed by Zellers. Photo via the Toronto Public Library.

I always hated being dragged on shopping trips to such stores as a kid, though the regularity of the experience has left these visits imprinted on my brain. 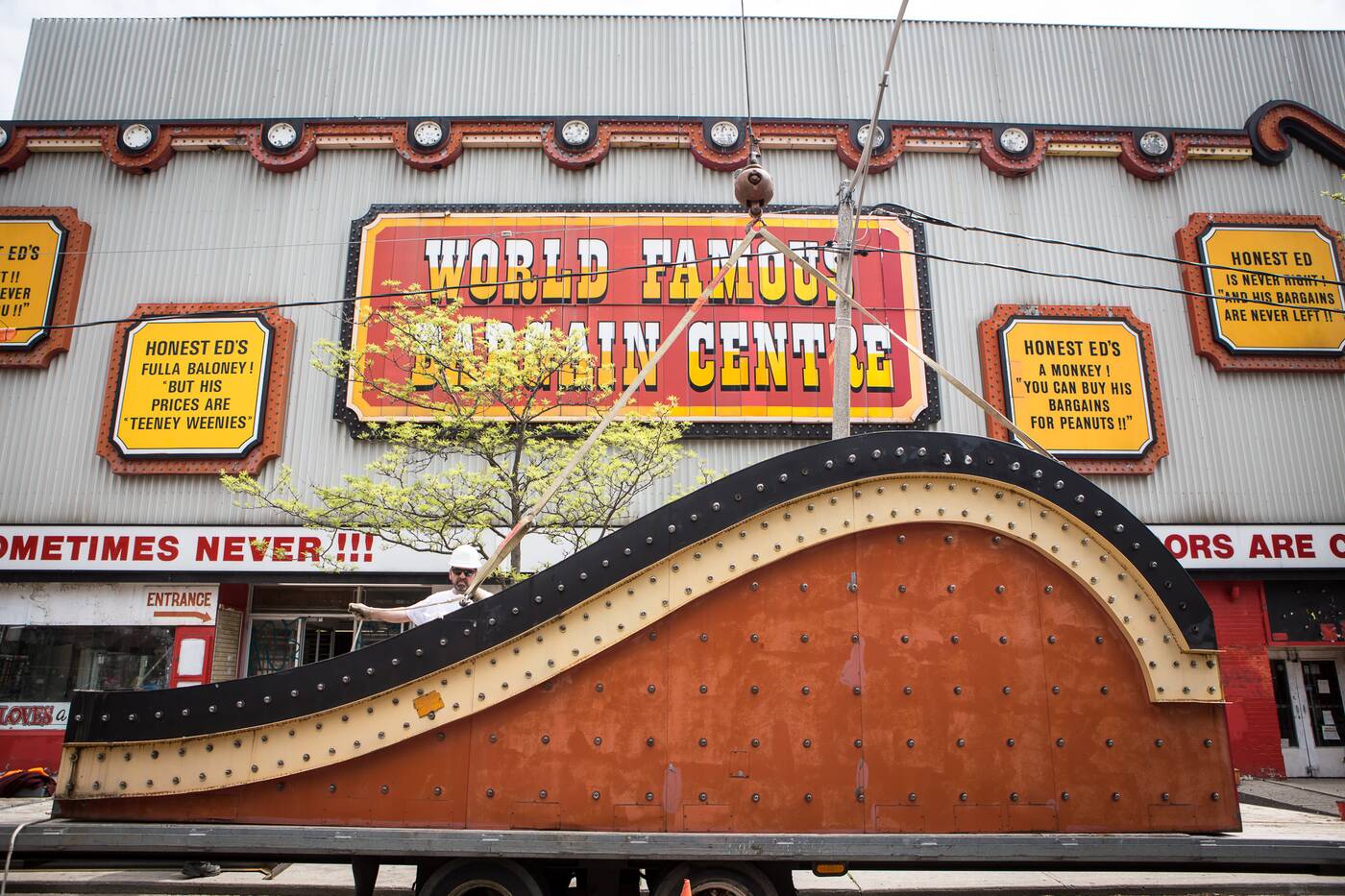 The iconic Honest Ed's sign being removed in May 2017. Photo by Jesse Milns.

In fact, there was a measure of embarrassment in shopping at a store like BiWay for me. It was a symbol that my family didn't have a whole lot of money and couldn't afford to buy all of my clothing at Eaton's.

I still recall refusing to wear the orange tab Levis jeans I was bought at BiWay when I was around eight or nine years old. I knew that most of my friends at school had red tabs, and I considered it a great injustice to be saddled with this cheaper model.

But, of course, my mother shopped at BiWay because it was an intelligent thing to do. Money was tight, and discount shops were plentiful enough that you could easily rely on them as a source for the types of products that you were guaranteed to pay more for at the supermarket or other higher end department stores.

And so a generation of Torontonians basically grew up shopping at these stores during a time when the city was a more overtly working class place. 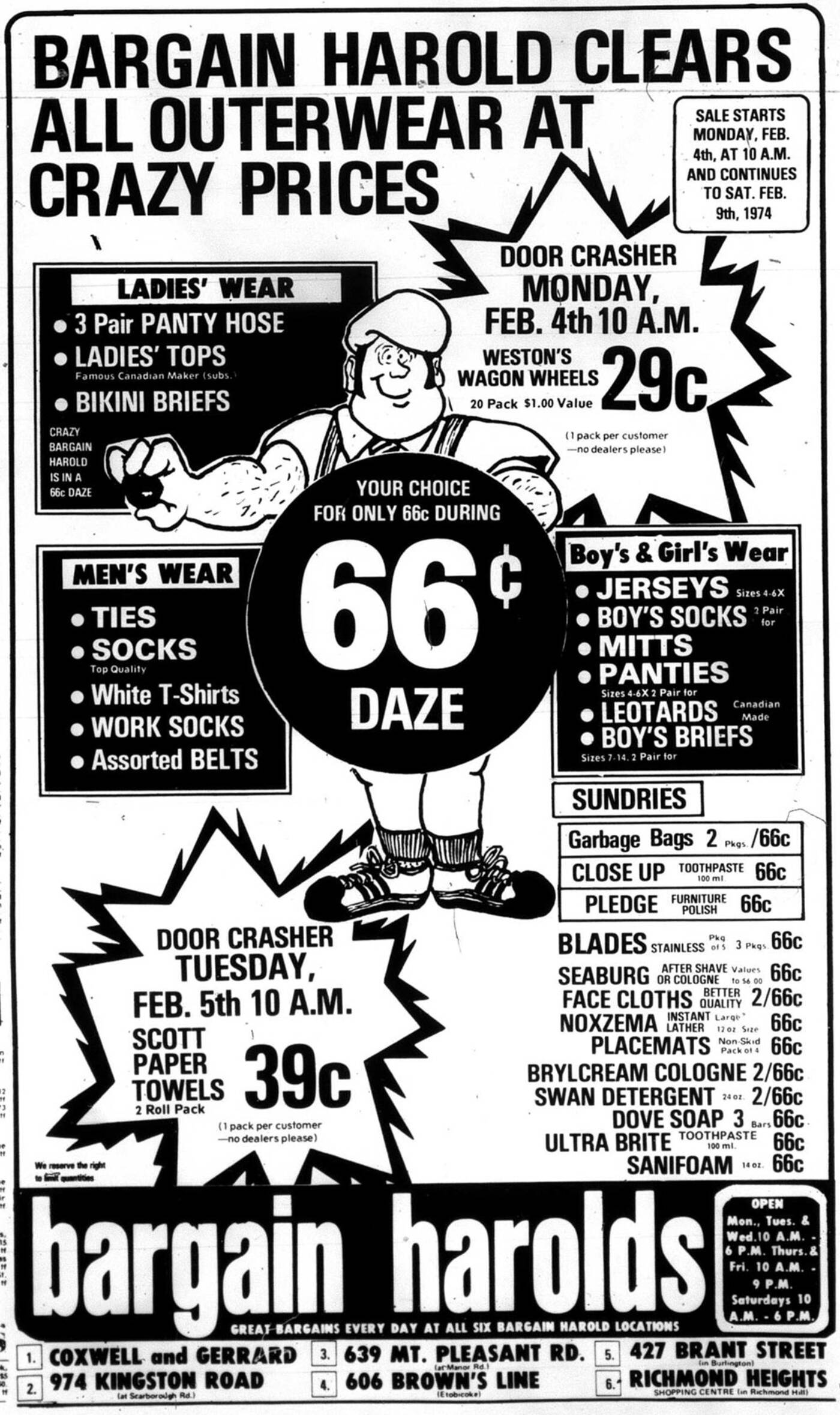 Make no mistake, these were popular and busy places in fierce competition with one another. While people tended to shop most often at the store closest to them, these businesses engaged in one hell of a weekly flyer war, undercutting each other on highly useful items that could lure customers from one shop to another.

There were also memorable television campaigns, but I tend to think that the real battlefield was on paper. 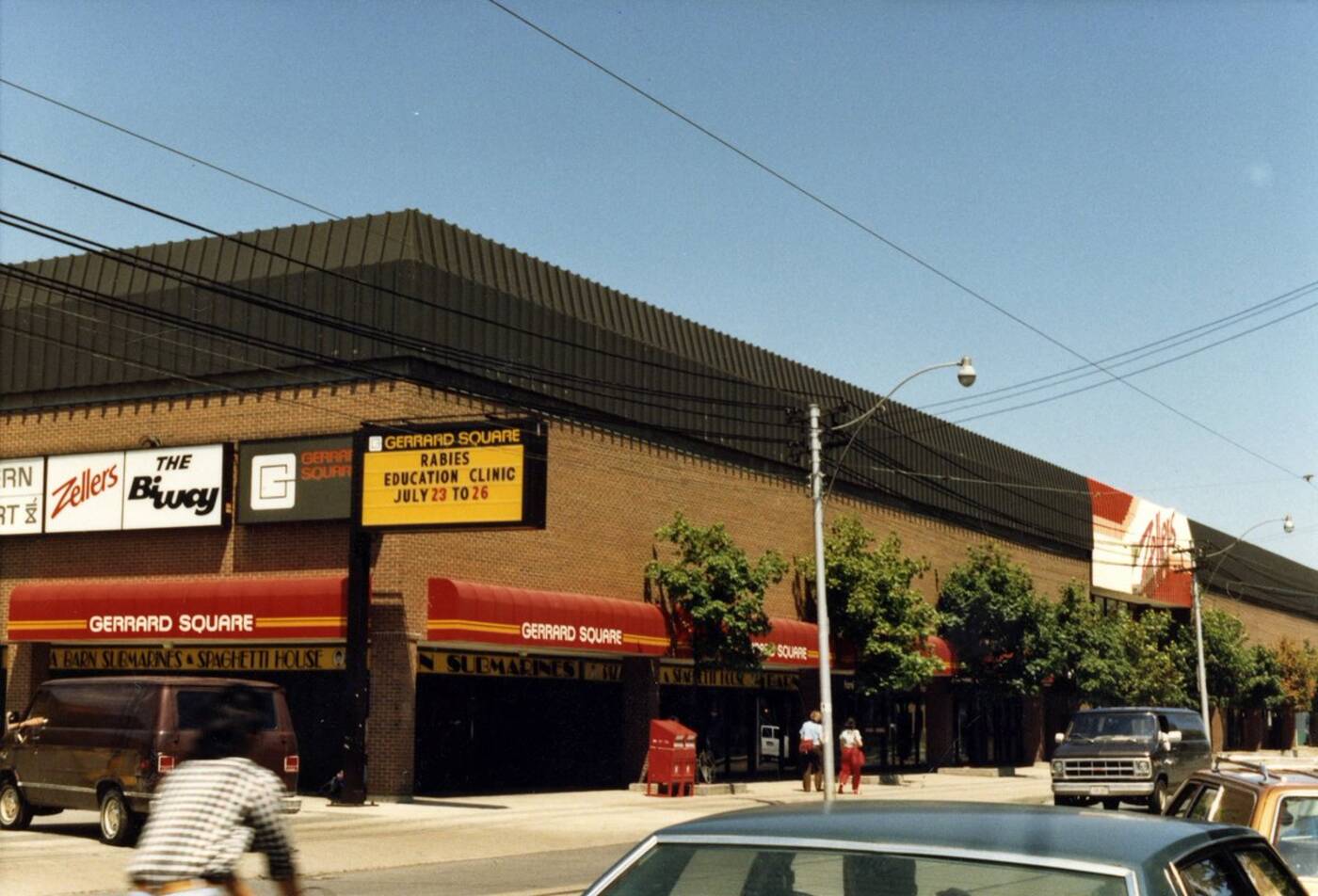 Gerrard Square was once home to both a Zellers and a Biway. Photo via the Toronto Public Library.

There was also plenty of crossover between the retailers over the years. Toronto's Towers locations became the now-defunct Zeller's in 1990, while Bargain Harolds was eventually sold to K-Mart.

The legacy of the discount shop in Toronto was wonderfully easy to trace for a brief moment when Target operated in Canada, which had acquired many of the retail spaces used by Zellers.

The trend has been to go bigger and bigger, leaving midsize shops like BiWay and Bargain Harolds a thing of the past (though BiWay is coming back next year).

It's not that Toronto doesn't still need cheap places to shop; the city does. What has changed is the scale of the stores and Canadian presence in the market.

A few decades ago, discount shops were largely homegrown, whereas today this segment of the retail market is dominated by American corporations. 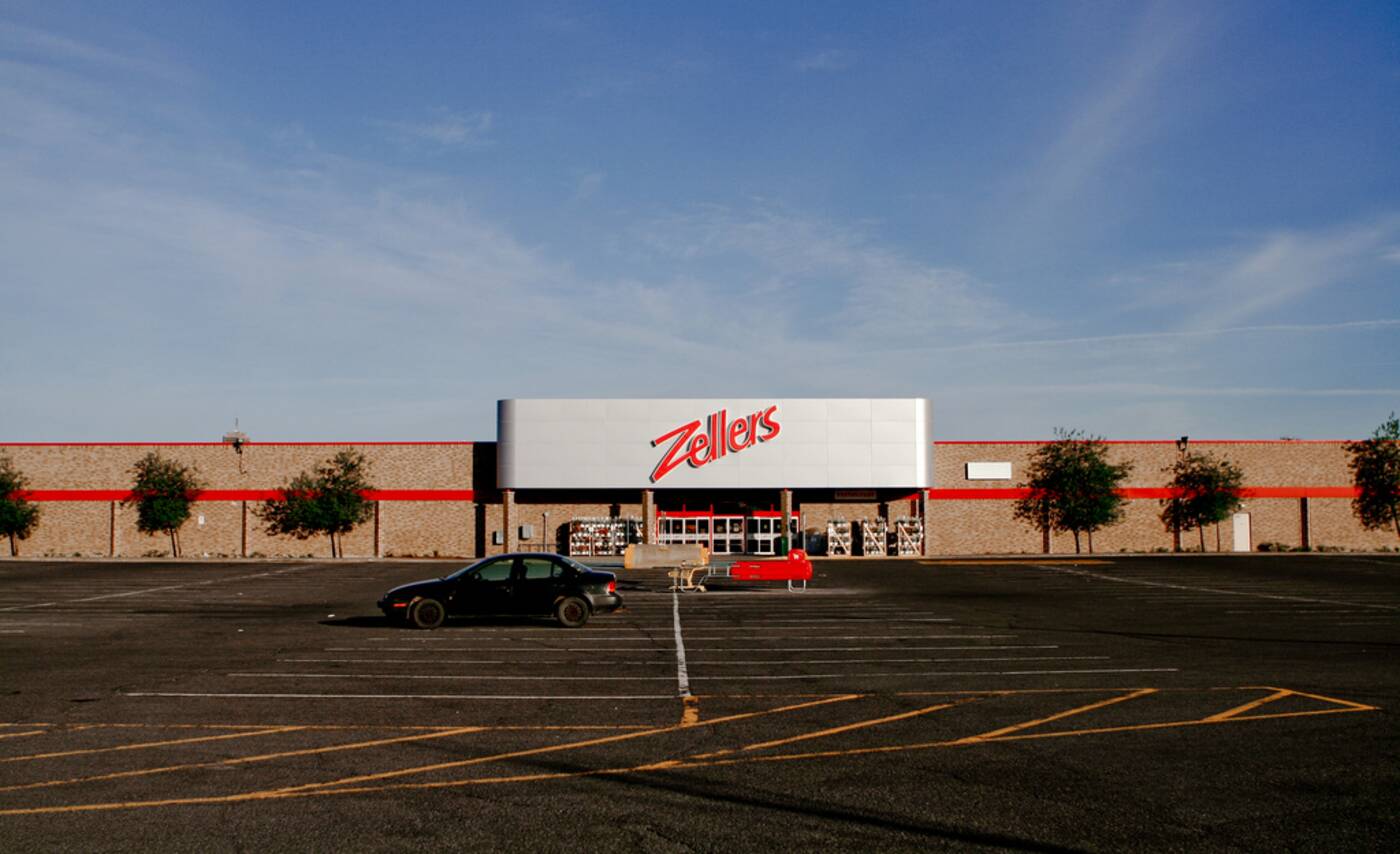 Zellers was once a major contender in the discount retail game. Photo by Patrick Matte.

BiWay bit the dust in 2001, but an attempted expansion to the the US in the mid 1990s sowed the seeds of the company's demise. Bargain Harolds was sold to K-Mart in 1985, and continued on well at first, but the parent company eventually sold its Canadian properties to Zellers in 1998.

After snatching up both Towers and Bargain Harolds, Zellers itself bid goodbye in 2012, paving the way for Target's failed entry into Canada.

"Nostalgia has nothing to do with aesthetics—it’s not even connected to happy memories," writes the French writer Michel Houllebecq. "We feel nostalgia for a place simply because we’ve lived there; whether we’ve lived well or badly scarcely matters. The past is always beautiful."

This observation might offer some insight into why places like the discount shops of Toronto's past evoke such strong feelings in those of us who spent significant time within them.

They represent where and how we lived.