Toronto's 1970s era slab apartment buildings are generally thought of an eyesore that we've inherited from a previous generation with divergent design principles. Of course if you look at them in the right light many of them are actually lovely examples of concrete architecture with considerable flair compared to today's glass condos, but try using that in marketing materials.

For the most part, our old apartment buildings are seen as considerably more attractive when their exteriors are brought into line with contemporary tastes. For evidence of this, there's an intriguing makeover in progress at Dupont and Lansdowne right now involving 730 St. Clarens Avenue, which dates back to 1976. 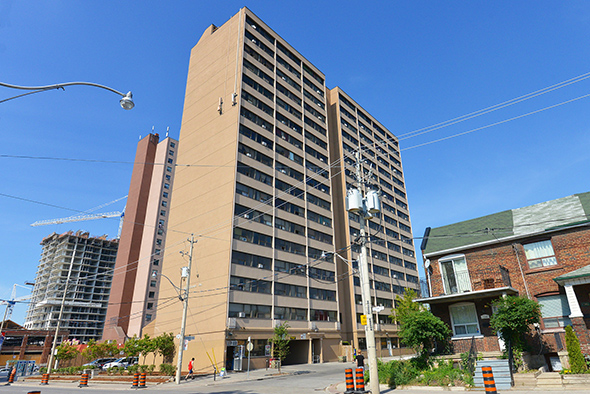 As the neighbourhood begins to witness its first condo boom, the 17-storey apartment tower is being completely revamped. Recently purchased by property management company Akelius, the first phase of the facelift involves the exterior of the building, which is being re-stuccoed and painted in a colour scheme designed to distance the building from its beige history. 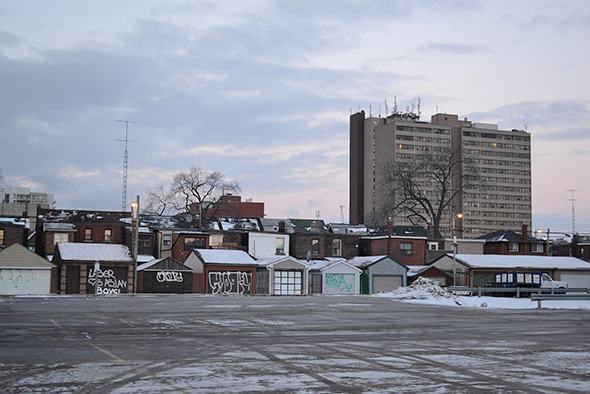 In place of the brownish facade that has hovered over the neighbourhood for 40 years, the new version mixes shades of grey with a few blocks of colour. While it doesn't make the building appear brand new, it certainly makes it feel like less of a relic from a bygone era. The new design from Archdesign Architects is still conservative, but considerably brighter. 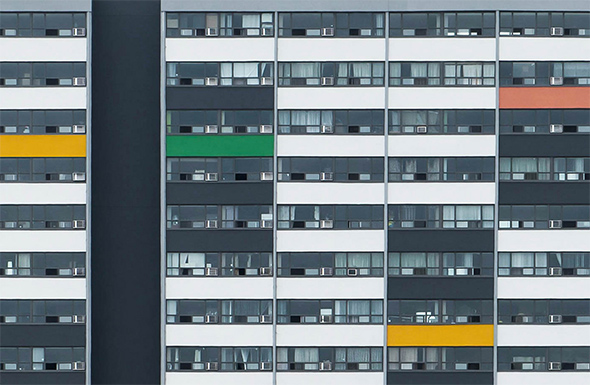 With window replacement and some interior updates also planned, the idea is to get a whole lot more life out of the still solid structure. This is surely an example of gentrification, but renewing Toronto's aging apartment towers makes a lot of sense given what a crucial role they play in our housing economy.

What do you think of the new design? Let us know in the comments.