Why SlutWalk Toronto is as important as ever

Toronto's Heather Jarvis and Sonya Barnett started SlutWalk in 2011 after police officer Michael Sanguinetti told a group of York University Students, "'women should avoid dressing like sluts in order not to be victimized."

Since then, cities around the world have organized their own SlutWalks. And the Toronto edition is happening tomorrow. But while it's still as relevant as ever, SlutWalk, at home and abroad, has changed since a group of about 1,000 people marched towards Queen's Park on April 3, 2011.

"There was a shift in the SlutWalk organizational team, starting in 2012, from this demand for police accountability to focusing more on how sexual violence affects the most marginalized people in our communities," the SlutWalk organizing committee tells me via email about the current direction of the Toronto movement.

Kaitlyn Mendes, a senior lecturer at the University of Leicester in the U.K., has seen this shift in other cities, such as Chicago, as well. "The SlutWalk movement has more of an intersectional understanding," she says. 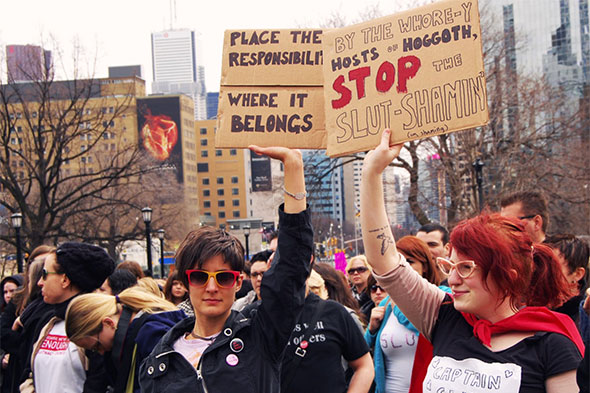 Mendes, who wrote the 2015 book SlutWalk: Feminism, Activism and Media, has lived abroad for the past 11 years. But she was born in Calgary ans still listens to Canadian radio stations online. While tuning into 102.1 TheEdge in April 2011, she heard the DJs talking about SlutWalk.

Along with embracing intersectionality, she notes SlutWalk has also helped popularize the idea of rape culture - a term that's super common today, especially online. "There's something about it within the last five years that's really struck a chord with a lot of young women," she says.

And just as SlutWalk got its start after two Toronto women were fed up with the notion of victim-blaming, another Torontonian is starting her own grassroots response to the daily harassment women-identified people face on city streets.

Catherine Frank made the Facebook group Walk Free in the 6 after someone grabbed her on the street last weekend. "At that moment I was like, this is happening to women every day and it needs to stop. We need to demand this ends for us because it's not okay in any capacity," she says.

The group lets people vent and provide support to one another. I found it on Bunz, and even though it's in infancy, people are already posting because enough is enough. 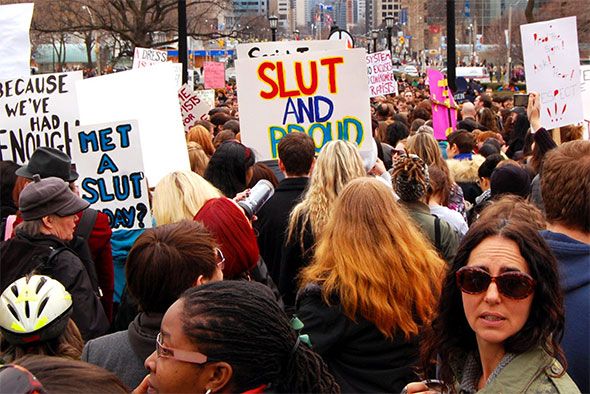