This is the most underappreciated building in Toronto

Toronto has its fair share of underappreciated historical buildings, some of which hide in plain sight at the city's busiest intersections. Take, for instance, the Toronto Coach Terminal. This is a place that's seen its better years, but if you cock your head the right way, there's plenty of beauty on display here.

Opened in 1931, the city's bus terminal was once held in the highest esteem. Bus travel was all the rage, and the TTC needed a home for its successful inter-city bus service that went by the name Gray Coach Lines. When the terminal was built at Bay and Edward streets, it was meant to convey the importance of this mode of transportation. 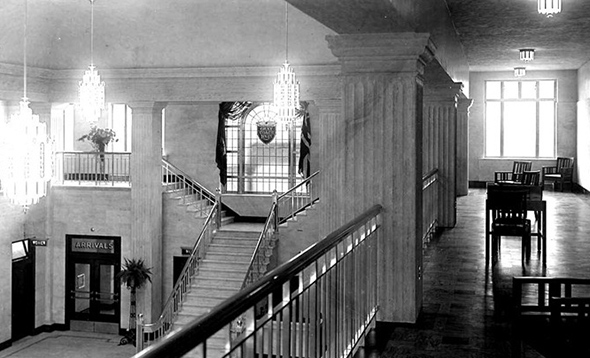 Sit in the main waiting room today, and you'll probably do your best to avoid contact with the other passengers while sizing up whether or not it seems safe to order a coffee at the rundown cafe, but what you should be doing is gazing west at the grand staircase that's still marked by the presence of the Gray Coach logo. 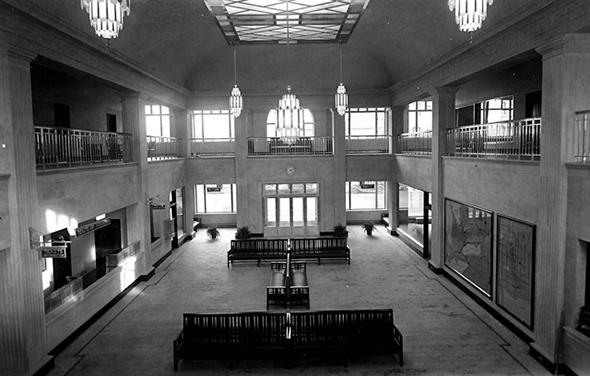 While the institutional tile floor and bolted-down seats rob the room of much of its former charm, it's still possible to appreciate the various Art Deco touches on display here, from the elegant chandeliers to the warm-hued wall tiles. A major addition in 1968 altered the layout of the building, but the limestone exterior still looks gorgeous from Bay St. 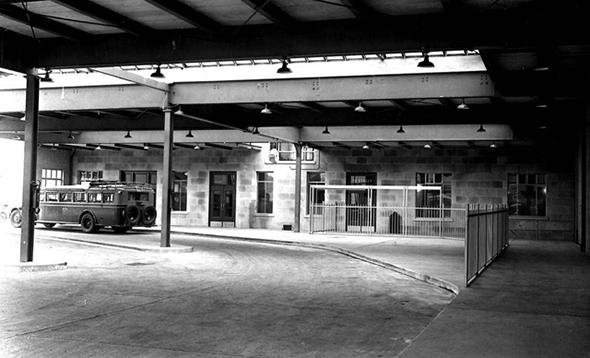 That's the conundrum with this building. The obvious bits of good that remain have been clouded by lack of care over the years. When it was built, the TTC took pride in the stature of the building, now its been relegated to the status of a dated transportation hub unable to meet the needs of coach-based commuters. 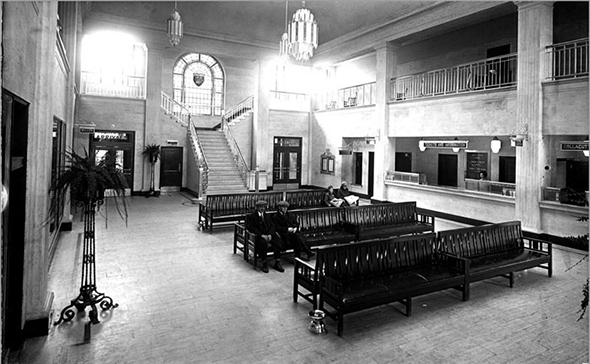 A new terminal is still planned for 45 Bay St. (much closer to Union Station), even if the development of which it's a part has been delayed. Part of the way that Metrolinx plans to fund the construction of a replacement is by selling the current one. That's still a ways off, of course, but perhaps it'll ultimately prove a boon for this forlorn building.

Unburdened by the need to serve as a hub for the city's inter-city bus services, the terminal might be restored to some of its past glory, even if only as the base of a new structure. In any case, it has a heritage designation, so it's unlikely to disappear outright. 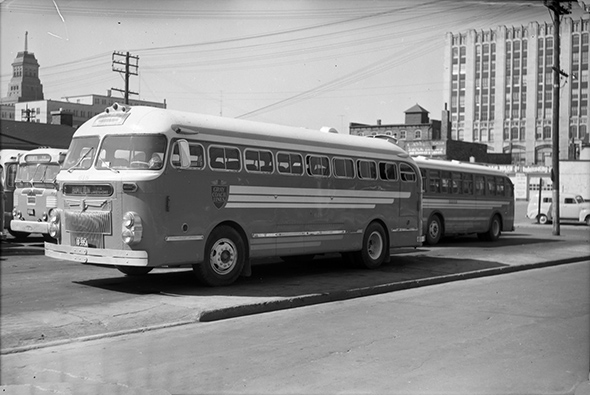 The immediate future isn't bright for the Toronto Coach Terminal, but if you sit in the waiting room around sunset and watch the sun pass through the arched window atop the staircase, it's difficult not see the vast potential this building has to be great again.